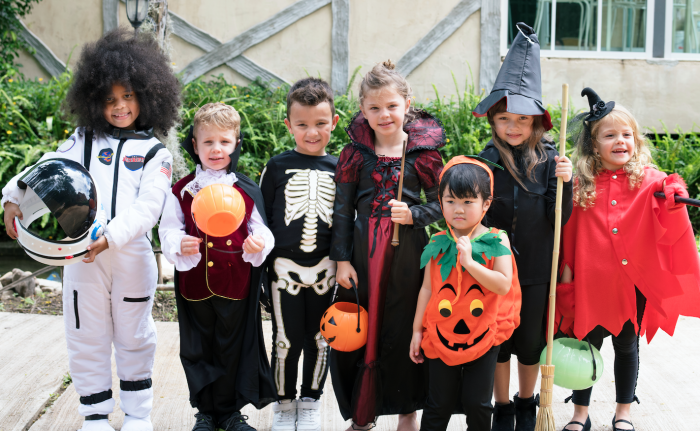 What’s scarier to a teacher than a room full of kids on a sugar bender from Halloween Reese’s pieces and Kit Kat Bars?

Note: Iowa’s rural districts may not be experiencing class size problems yet, but I predict they will as the mass teacher exodus intensifies.

The first dimension of the problem is indeed the sheer number of kids crowded into a classroom. Any teacher who has taught more than a week can tell the public there is a difference in teaching content between teaching 21 kids versus 31. I’m not talking about style here; I’m talking about substance.

While wielding the budget-cutting ax, some administrators will tell the parents there really won’t be a difference in the education children receive when a few more kids are added to the room. That’s a lie.

Many times, the sheer number of papers to grade will severely limit writing assignments. For example, a high school English teacher who has 31 kids in each of six classes and assigns even a two-page paper will have potentially 372 pages to read every time.

That’s not whining; that’s reality. With writing as a fundamental building block for literacy, that short-changes students unfortunate enough to be in an overcrowded classroom.

Science instruction is also limited when experiments require lab time. Getting to 31 students quickly so they don’t singe themselves with a Bunsen burner is next to impossible.

As class sizes began to grow, the band-aid approach to this problem was to stick paraprofessionals in the classroom, especially at the elementary level. Paraprofessionals are dedicated beyond belief. Most could earn more money at Burger King, but they choose to work with kids. However, they are not teachers.

They are there to help supervise and help implement the curriculum directed by the teacher. In most cases, they are stuck in a small corner with a small desk because there is literally only a small space in a packed classroom. They help, but they don’t solve the problem.

The second and more hidden dimension of overcrowded classrooms involves what could be called “classroom complexity.” I borrowed that term from Dan Greenwell, a candidate for the Sioux City School Board.

A classroom is really a community of unique people living together for 180 days. For example, in a class of 31, there may be six with learning disabilities, three who are gifted, three who speak limited English, three who come to school with no sleep and little food, and the other fifteen are also in need of attention lest they fall through the cracks and are forgotten. That’s “classroom complexity” in its simplest terms.

Educators generally love the diversity of public schools, but with this type of diversity comes complex challenges, especially when some administrators and many Republican lawmakers want to point fingers at teachers instead of providing solutions. Somehow, this diversity needs to be recognized for the workload required, and that can be accomplished only by listening to many voices and searching for a solution.

Since the “Nation at Risk” report was issued in 1983, educators have been in the crosshairs of politicians looking for a scapegoat. That mentality has spawned slogans instead of solutions. For example, “No Child Left Behind” and “Race to the Top.”

When I bargained teacher contracts, I proposed a class size limitation for 27 straight years, only to be met with two responses. First, it’s not a mandatory topic of bargaining, so we refuse to talk to you about it. Let that sink in. The administration refused to talk to the professionals who were telling them a problem needed to be solved, because the law didn’t require them to negotiate about it.

The second administrative response to my class size proposals was to deny the problem existed. Trying to get class size numbers from any school district is difficult. Even though you could get the real numbers from teachers, most administrators develop a weird rubric using averages instead of raw numbers.

Here is a hint. If the numbers show class sizes are something like 1 to 15 in any district, and you can’t find a classroom with 15, the administrators are counting librarians, Chapter 1, special education teachers, academic coaches, and nurses in the average to bring down the averages.

Class size averages mean little or nothing. It would be like if someone was shouting from the Missouri River that he was drowning, but the people on the bank ignored him because the average depth of the river was three feet. The guy still drowns. Our kids are drowning in class size averages instead of real numbers.

The first solution to the problem is to get real numbers. If this won’t be done voluntarily, the legislature needs to step up by passing an enforceable law that requires it.

The second solution would be for the Iowa legislature to pass a hard cap on class size, penalizing districts that refuse to comply. To my knowledge, this has never seriously been considered. The penalty could require districts to reduce the number of administrators until the class sizes are brought under the limit.

Yes, I believe in local control, but local control has failed to keep class sizes manageable, partly because of chronic underfunding from the big school board under the golden dome, and partly due to poor priority setting by local boards.

Since that legislation might be every teacher’s dream but every administrator’s nightmare, it probably won’t happen anytime soon. So here are two less radical ideas. School boards could voluntarily create caps and could appoint a team of educators, community leaders, administrators, and school board members to tackle the “classroom complexity” dimension I described.

Let’s reserve scary-fun for Halloween and attempt to solve the really scary problem of overcrowded classrooms together, so no Iowa kid has a future full of nightmares.

Bruce Lear lives in Sioux City and recently retired after 38 years of being connected to public schools. He was a teacher for eleven years and a regional director for the Iowa State Education Association the last 27 years until his retirement.