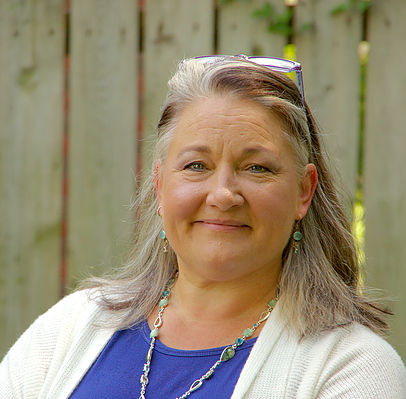 Even with the relentless focus on the presidential campaign, it’s important that we now turn our attention to local elections. There’s one race in particular that we want to weigh in on: the at-large seat for the Des Moines City Council.

A whole lot of fine candidates have thrown their hats into the ring. But one candidate stands out: Sheila Knoploh-Odole. (Yes, Sheila’s last name is a mouthful — try saying it “ka-NO-plo oh-DOH-lay. Come on. If we can learn how to pronounce “Buttigieg,” we’ve got this. And for reference, you’ll see Sheila’s nickname — SKO, or Sheila KO — on yard signs and literature across Des Moines.)

Why Sheila? She’s the only candidate laser-beam focused on creating local strategies for climate resilience. You’ll hear a lot of talk from candidates about potholes, and sure, that’s important. But potholes aren’t a threat to human existence. Sheila discusses potholes, water, housing, immigration, and mental health — but she connects these issues to the existential threat of climate change.

“While we see the impacts of climate change at the local level, such as last year’s flash flood, many solutions are also local,” said Sheila.  “We have a very narrow window of opportunity to implement them to make a difference in our resiliency.”

We need to be thinking about climate in Des Moines because tackling climate change will take a concerted and comprehensive mobilization in the US and around the globe. We need to confront it as a nation, as a state, and at the local level.

Sheila is the perfect person to help lead this effort because she’s been engaged in climate action for years with:

Sheila has thought deeply about how Des Moines must prepare for the growing impacts of climate change. One example she gives is that, in addition to fixing potholes, we need to look at what causes them.

The extreme fluctuations in temperature we’re seeing in the New Climate Era are certainly a factor. Another is heavy truck traffic hauling foods from far away, instead of light-weight vehicles or even bicycles hauling locally grown foods to area stores, restaurants, and homes.

Another is the scary reality that people in the most heavily climate-affected regions of our own country and the world will inevitably be forced to migrate to places with ample water, high ground, and minimal fire risk. (Know of such a place? Think Iowa — and don’t be surprised when Iowa’s population doubles or even triples in years ahead.) Thus, we need to consider housing, not just for our current population, but for the influx of climate refugees who learn that Iowa and Des Moines offer safety, jobs, good schools, kind neighbors, and an abundance of recreational activities.

The three legs of Sheila’s campaign – a climate plan, social equity, and a vibrant economy – go hand-in-hand when viewed through the climate lens.

On Tuesday, November 5, think globally and vote locally. We hope you’ll join us in casting your vote for Sheila Knoploh-Odole for the at-large Des Moines City Council seat.

Editor’s note from Laura Belin: In June, Sheila Knoploh-Odole wrote a post for this website about a new city ordinance for energy- and water-use benchmarking in large Des Moines buildings.