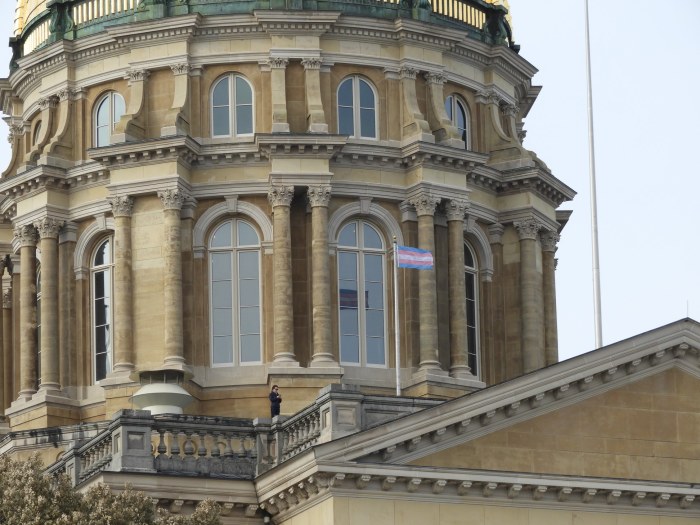 State employees "did not follow the process in place" when they recently approved a request to fly the transgender pride flag above the Capitol building, Iowa Department of Administrative Services spokesperson Tami Wiencek told Bleeding Heartland.

The LGBTQ advocacy group Iowa Safe Schools asked for permission to display the flag in connection with the Transgender Day of Remembrance on November 20, Nikoel Hytrek reported for Iowa Starting Line. Iowa Safe Schools executive director Nate Monson described the action as "a message and a beacon to youth that we serve across the state that they are accepted, they are loved." He noted that Iowa was the first state to fly the trans flag above its capitol, beating California by a few hours.

Hytrek explained, "About a month ago, Iowa Safe Schools petitioned the Iowa Department of Administrative Services and showed up at the Capitol with the flag when they were told to." The flag was displayed for several minutes. Iowa Safe Schools posted a photoset on the group's Facebook page, including these images: 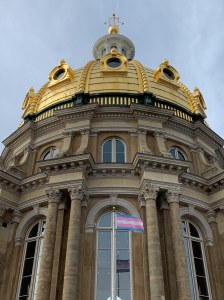 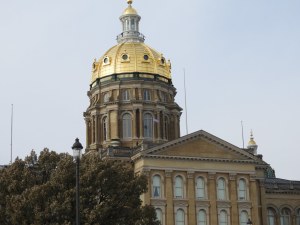 Two Republican lawmakers denounced the gesture of acceptance in interviews with the conservative website The Iowa Standard. State Representative Skyler Wheeler veered into absurd hyperbole against what he called "the Rainbow Jihad," characterizing the flag flying as "one of the most egregious acts of political aggression I’ve ever seen.”

Fellow House Republican Dean Fisher said he plans to introduce a bill next year that would allow only the U.S. and state of Iowa flags to fly at the Capitol.

Such legislation appears to be unnecessary. Wiencek told Bleeding Heartland by e-mail on November 27,

Only three flags are approved to fly above the Capitol: USA, Iowa, and the POW/MIA.

Two DAS employees did not follow the process in place. We are reminding all our employees about the existing procedures.

Wiencek told Bleeding Heartland, "When someone makes that request, the attached instructions are sent to them." The document she attached was titled "Flag Flying Requirements 2019." Wiencek later clarified it represented the department's "long-standing procedure." Here is the full text: 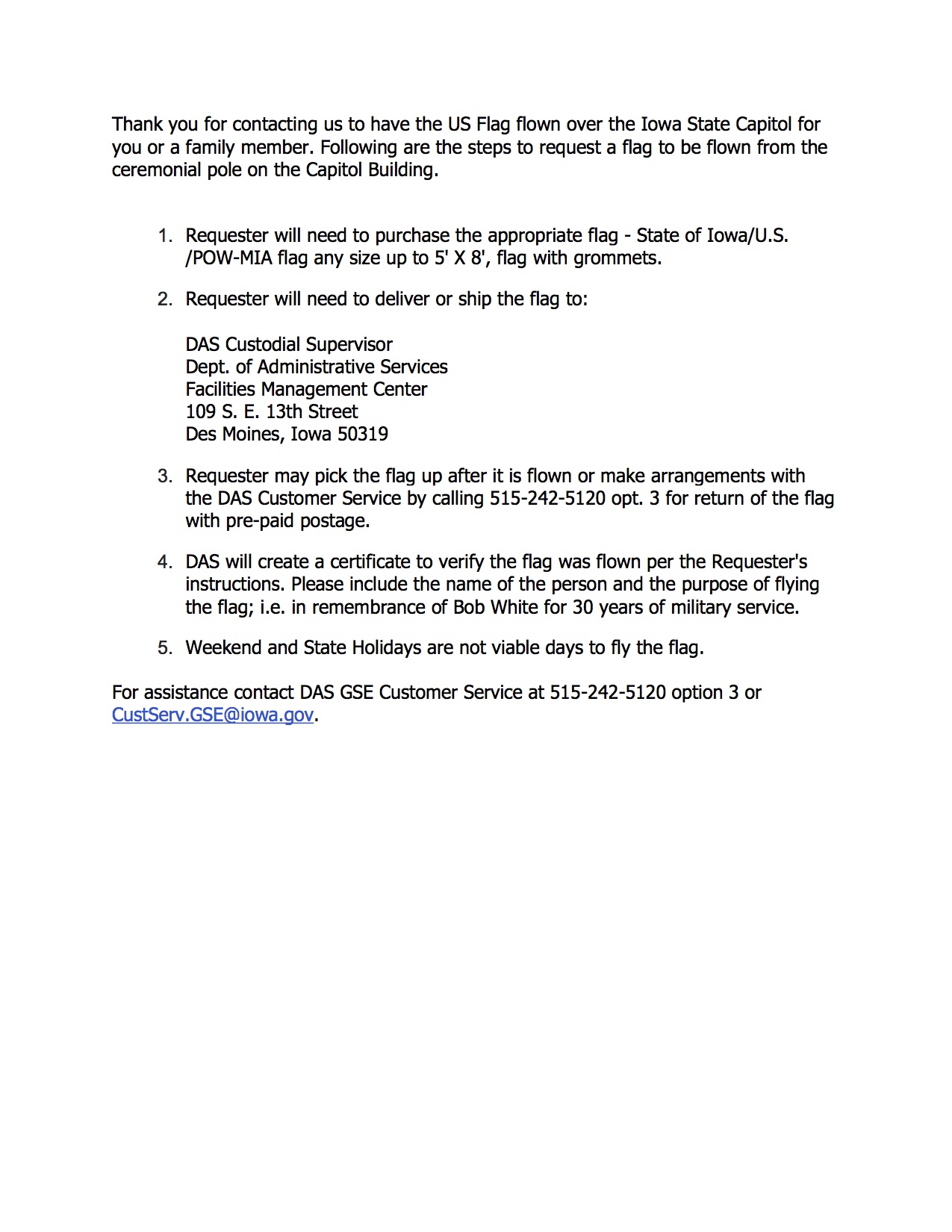 Monson told Bleeding Heartland on November 30 that his organization did not receive any such document outlining the flag policy. He commented,

Iowa Safe Schools staff did exactly as we were told to do by DAS. The most important thing is we were able to do something significant to honor trans Iowans we have lost due to suicide and hate. Iowa was the first in the nation to fly a trans flag above our capitol. Let's see it for what it is - a beacon of hope for a better time for trans individuals living in America.

Iowa's transgender community could use some hope after Republican lawmakers revealed their animus earlier this year. A discriminatory law approved on the final day of the legislative session sought to deprive trans Iowans of medically necessary care through Medicaid. The ACLU of Iowa is challenging the statute on behalf of two transgender Medicaid recipients. The case is on appeal to the Iowa Supreme Court after a lower court dismissed the lawsuit this summer.

P.S.--Representative Fisher told The Iowa Standard, "I’d sure like to know the history of who else has been able to fly their flag over the Capitol [...]." I had the same thought and asked the Department of Administrative Services for a list of individuals or entities that have requested a flag to be flown there during the past three years. Wiencek said there were no responsive records.

UPDATE: Wheeler defended his use of the expression "Rainbow Jihad" and his vehement objection to the transgender flag in an angry letter to the Northwest Iowa Review, published on December 14. What is it with social conservatives and their obsession with attacking those who advocate for LGBTQ equality?

Top image: One of the Iowa Safe Schools photos of the transgender flag flying above the Iowa state Capitol on November 20, 2019.