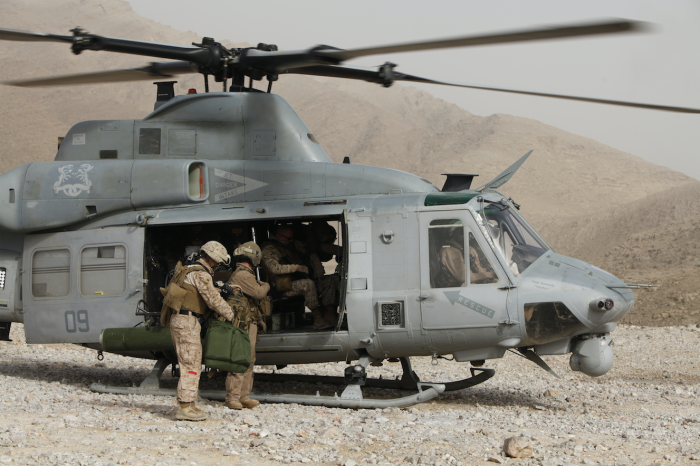 What's wrong with us?

It was jarring but not surprising: The Washington Post reported this week that politicians and the military lied to Americans about the prospects of success for the war in Afghanistan and that actually, we had no idea of what we were doing there, militarily or politically.

It is to anyone who remembers the war in Vietnam and the war in Korea. All three have one common thread: The United States was trying, with bombs and bullets, to remake in our image a culture we neither understood nor respected, or cared to.

So, armed with our total disregard for non-Western cultures, we invaded the Middle East, where it seems we’ve done the exact same thing. Because just as we believed all Asian people were alike and inferior, we thought the same about swarthy Arabs.

Of course, this is the history of European nations who routinely sought to colonize if not obliterate non-white, non-Christian peoples beginning with the First Crusade in 1095. America has inherited its institutional racism from our parents.

George M. Fredrickson, a professor of history at Stanford, considered a preeminent expert on institutional racism, wrote and lectured on it prolifically until his death in 2008. In his book Racism: A Short History (2002), he theorized that institutional racism is based on three components: racial purity, cultural particularism, “and a ‘them’ vs. ‘us’ mindset in which difference and power (and powerlessness) structured racist regimes.” This is a feature, he wrote, not only of America but of Western society dating back eons.

Fellow historian Jill Lepore, in her seminal work These Truths, also notes how the racism of European societies set the tone for our future. “From 1619,” she wrote, “liberty and slavery became the American Abel and Cain.”

Most contemporary studies and commentaries about institutional racism concern themselves with anti-black and anti-brown implied bias, which is certainly most apparent. But the draconian laws that still govern our immigration policy were intended to keep out Asians, particularly Chinese. And despite initial periods of hostility, the cultures that have assimilated most easily have been European. Irish, Italians and Eastern European Jews are as American as green beer, spaghetti and bagels.

But we have reserved different treatment for non-Europeans. We have ostracized black Africans and waged shooting wars on Asians and Middle Easterners.

We argue that Western society has done great things for the advancement of the world, and it has. But as the latest revelations have revealed, institutional cultural bias lies at the heart of failed U.S. policies that have killed hundreds of thousands, wasted billions of dollars, and sowed a legacy of worldwide disgust — if not hatred — of America.

Undoubtedly, think tanks on both the right and left will attempt to take away lessons from this latest stripping away of the makeup that hides the warts of American society. But unless we are determined to end the cultural arrogance that has pervaded America from its beginning and even before, we are bound to commit the same misdeeds while having the hubris to convince ourselves that we were right all along.