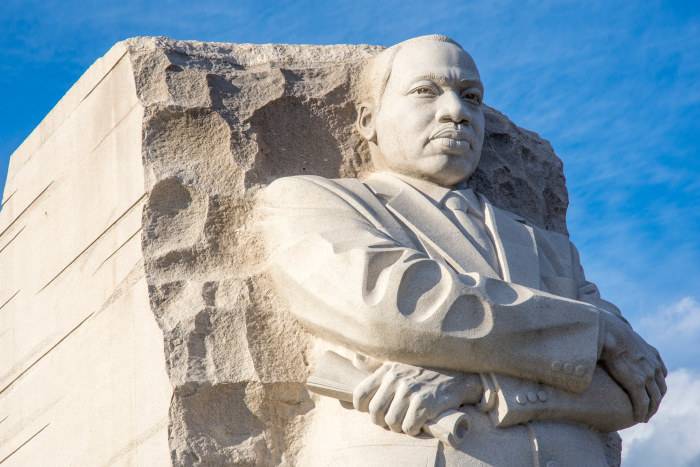 Dan Guild: “The modern primary schedule greatly reduces the voice of African Americans in the selection of the Democratic presidential candidate.” -promoted by Laura Belin

On Martin Luther King, Jr. Day, let us remember the importance he placed on African American access to the ballot box. A portion of a speech he gave in 1957 is below.  The whole text is worth reading.

But even more, all types of conniving methods are still being used to prevent Negroes from becoming registered voters. The denial of this sacred right is a tragic betrayal of the highest mandates of our democratic tradition. And so our most urgent request to the president of the United States and every member of Congress is to give us the right to vote. [Audience:] (Yes)

Give us the ballot, and we will no longer have to worry the federal government about our basic rights…

Unfortunately, the modern primary schedule greatly reduces the voice of African Americans in the selection of the Democratic presidential candidate.

I have great affection for the Iowa caucuses. I have been a precinct captain twice.  I have canvassed and found Iowans take their vote seriously.

At this writing, campaigns are spending millions in Iowa and New Hampshire.  No candidate has ever won the Democratic nomination and lost New Hampshire and Iowa when both were contested.

The African American and Hispanic votes are a tiny percentage of the electorate in both states.  And yet, even though less than 2 percent of the delegates selected to the Democratic Convention come from Iowa and New Hampshire, both states will likely identify the next nominee.

Nevada and South Carolina were added to the schedule to address this problem.  It must be said, though, that the state that goes first will always have an enormous say in the nomination.  But beyond that, note that South Carolina will vote a mere three days before Super-Tuesday (which includes both Texas and California).

It is unlikely, in my view, that South Carolina will have nearly the importance it would have had if it were a week earlier. Candidates will probably spend most of the week before Super Tuesday in the delegate-rich states of California and Texas.

Iowa Democrats are mostly not racist, and some have tried to ask questions of relevance to the African-American community.  But there is simply no way they can talk about the African-American communities as well as African Americans can.  If South Carolina went first, it is likely that the entire conversation between the candidates would be different.

I suspect the Rev. Dr. Martin Luther King, Jr. would demand a change to the primary calendar if he were alive. But really, all Democrats should. Our process needs to give equal voice to the diversity of our party.

It is worth remembering that the Democratic Party cannot win without an enthusiastic African-American electorate. The decline in turnout in 2016 in Milwaukee and Detroit was larger than Trump’s margin of victory in Wisconsin and Michigan. A schedule that reflects the party’s demographics is not only right, but also good politics.