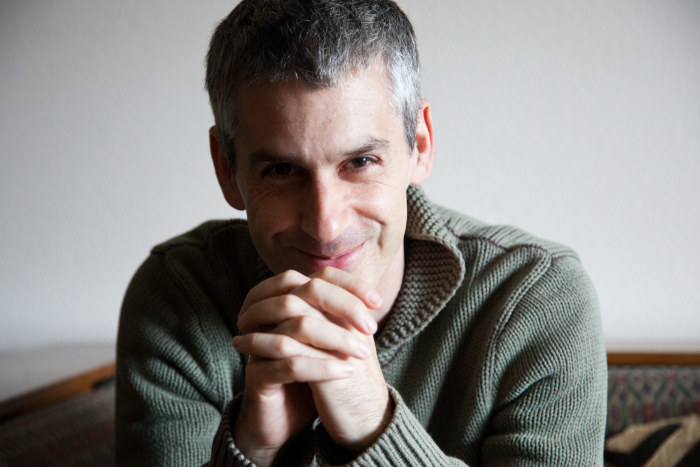 Aaron Belkin is director of Take Back the Court and a political science professor at San Francisco State University who spent 20 years working to end "Don't ask, don't tell" and the military's transgender ban. -promoted by Laura Belin

With so much at stake in this year’s Iowa caucuses, the latest survey data indicate that the race is wide open, with any of the four leading candidates potentially able to win. As they seek to distinguish themselves from the pack, however, the candidates are constrained by the fact that their policy goals on health care, the economy, and the environment share many similarities. Given that they largely agree on policy, it has been difficult for candidates to distinguish themselves on the basis of distinct visions of what they would do once elected.

Despite the similarity of their policy positions, however, there is one critical and high stakes issue—Supreme Court expansion—on which the candidates have expressed widely divergent views. Based on new polling data and new research, there is an opportunity during the waning days of the Iowa campaign for one of the candidates to break away from the pack by expressing strong support for court expansion and explaining that key Iowan priorities—in particular rural revitalization—depend on it.

Among current contenders, there are sharply differing views about the judiciary, with two leading candidates open to bold reform and two opposed. Senator Elizabeth Warren has stated that she is open to court expansion and that all judicial reform options are on the table, and Mayor Pete Buttigieg has discussed a plan to raise the number of justices from nine to fifteen. In sharp contrast, Vice President Joe Biden and Senator Bernie Sanders strongly oppose expanding the Court.

While Senator Warren and Mayor Buttigieg are open to expansion, however, they have not endorsed it strongly. New polling data from Iowa indicate that a candidate would gain an electoral advantage by clearly endorsing court expansion at this time. In a survey of 695 likely Iowa Democratic caucus-goers that Data for Progress administered in late December, 57 percent of respondents indicated that they would support the next Democratic president adding seats to the Supreme Court, with only 27 percent opposed.

Beyond the political implications of endorsing court expansion, it is also the right policy for Iowa and for the nation. According to a new study that I co-authored with former Iowa Lieutenant Governor Patty Judge and published last week, the Supreme Court is so friendly to big business that it is likely to strike down desperately needed rural revitalization plans that presidential candidates have proposed. Iowan agricultural leaders, including Iowa Farmers Union President Aaron Lehman, released a letter urging 2020 candidates to read the study, and to explain how they’ll protect their rural revitalization plans from the Court.

More broadly, beyond agricultural policy, data indicate that the Court’s rulings have become dangerously partisan on a wide range of social and economic issues. Iowa's leaders are so concerned about the Supreme Court’s partisanship that in September 2019, former Attorney General Bonnie Campbell co-signed a Des Moines Register guest column, along with 30 other Iowan elected officials and leaders, urging presidential candidates to recognize that our democracy “will not work for all of us without real structural reform,” and suggesting court expansion as an option.

Data confirms the validity of Campbell's concerns. U.S. Senator Sheldon Whitehouse of Rhode Island recently released a report analyzing all 73 split-decision rulings in civil cases since 2005 in which GOP donors had a clear interest. The report found that the Supreme Court voted in the direction favored by GOP donors in all 73 cases (100 percent).

If 2020 candidates fail to discuss this problem as well as the likelihood that the partisan Court will strike down their plans for health care, the economy, and the environment, they are not giving caucus-goers and voters an accurate portrayal of their policy visions.

According to a robust social science experiment that Take Back the Court will soon publish, candidate support for court expansion will not produce a backlash among independents or Republicans during the general election. These results, combined with new polling data from Iowa described above, suggest that a candidate can safely appeal to Iowa’s caucus-goers without fearing negative consequences in the general election, and that a strong endorsement of court expansion now would enable a candidate to break free from the pack and win the Iowa caucuses.

Top photo of Aaron Belkin provided by the author and published with permission.