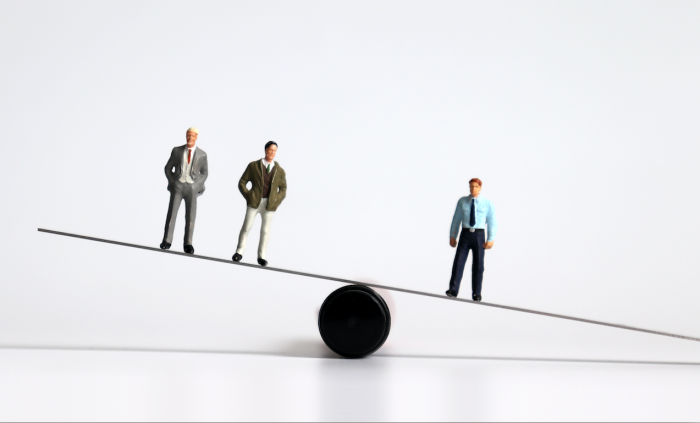 Bruce Lear connects the dots on how state funding for public education plays into contract talks between administrators and the teachers union. -promoted by Laura Belin

There is no doubt the 2.5 percent increase in state funding for public schools, proposed by Governor Kim Reynolds and the House, as well as the 2.1 percent increase favored by the Senate were woefully low. That funding won’t match rising costs for school districts, no matter what contortions the Republican party goes through.  In the end, the punch came right to the face from both chambers when legislators agreed to split the difference: a 2.3 percent increase in State Supplemental Aid.

Educators will also no doubt get slugged with additional costs. For example, insurance rates for the Sioux City Community School District are spiking by 10 percent, and my guess is most districts in Iowa will see similar increases. That means unless school boards across the state decide educator salaries are a priority, take-home pay will go down once again. That’s a prescription for more retirements and a larger teacher shortage in the coming years.

To put this in perspective, the Sioux City Community School District had a 448-student increase. Since state supplemental aid is based on per pupil funding, the district’s state funding will rise by more than 2.3 percent. However, had the Senate listened and approved the 2.5 percent proposal, Sioux City would receive 5.8 percent more funding from the state next year, instead of 5.6 percent. That may not sound like much of a difference, but an extra $200,000 would add a few more teachers next year to classrooms already bulging with students.

Prior to the gutting of collective bargaining in 2017, a state funding increase associated with a 448-student bump in enrollment would cause the chief negotiators from both sides to dance the Macarena, with or without music. Not now.

Under Iowa’s previous law, which was in effect for more than four decades, the district negotiator would understand that state funding increases of 5 percent meant he or she had room to achieve a settlement without causing the district to dip into unspent balance or increase property taxes.

The negotiator for the Iowa State Education Association (the largest union for teachers) would know he or she would be able to push a settlement that would financially benefit the membership. Also, a school district negotiator with that kind of state supplemental aid on the way couldn’t just lowball a settlement and pat educators on the head. If the district tried to settle for, say, a 2 percent increase in wages and benefits, it would find itself in front of an un-amused arbitrator.

Under the previous bargaining law, a settlement was based on measurable criteria: the district’s ability to pay, comparability in salary and benefits with like-sized districts, settlement trends with other districts with similar financial conditions and student enrollment, and settlement history.

Those criteria kept both sides from taking an unrealistic proposal in front of a neutral arbitrator, because the arbitrator was required by law to choose the more reasonable of the two proposals. That reality forced compromise at the bargaining table.

For example, the district might desire to settle for 2 percent on wages and benefits, while the association might want a 6.5 percent settlement. Neither would likely happen. Instead, the parties would meet in the middle. If both sides were a little happy and a little dismayed at the end, the negotiators knew they had struck a deal that was a win for both parties. It didn’t always work, and that’s why arbitration from a neutral third party was available.

If memory serves, I think the last full year under the previous public sector bargaining law there were four arbitrations in Iowa school districts. The rest of the more than 300 settlements in school districts across the state were voluntary, decided by local school boards and local educations. The previous law wasn’t perfect, but it worked for more than 40 years.

Yes, there is still public sector collective bargaining in Iowa, but imagine playing a football game where the refs wear your opponents’ jerseys, and in order to score a goal you must go up a 20-foot hill. Negotiators for the Iowa State Education Association are doing their best to bargain hard, but it’s not a level playing field.

It will take the community, school boards, and educators to force Iowa lawmakers to make the law balanced and again reflect Iowa values.