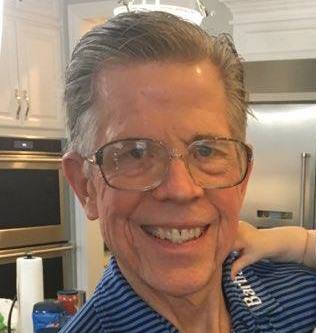 Dan Piller: Senator Joni Ernst and her Republican handlers don’t need to be told what low corn prices do to incumbents in Iowa in election year. -promoted by Laura Belin

President Donald Trump plans to collude with Russian President Vladimir Putin again this year. We don’t need Robert Mueller or another Steele dossier to tell us–Trump told us so last week. He also is working with OPEC.

It all has to do with oil. At stake: Texas’ 38 electoral votes, Iowa’s ethanol industry, any hope of better corn prices, continued low gasoline prices, and U.S. Senator Joni Ernst’s re-election.

Absent the coronavirus story, Trump’s foot-feel with Putin and OPEC would send CNN’s Jim Acosta in a spasm that would throw him onto the White House lawn. But Trump is willing to take what appears to be a whopping political risk, because without 38 electoral votes from Texas, his jerry-rigged electoral college path may collapse like a White House chief of staff.

Trump’s oil problem began in early March, when Putin and Saudi Arabian Crown Prince Muhammed bin Salman (who like their counterpart in Washington obviously weren’t paying attention to matters in Wuhan Province) decided it was a good time to start an oil price war. Within two weeks, the price of oil dropped from $63 per barrel to less than $30 per barrel.

Putin and Salman denied it, of course, but their goal is to drive into bankruptcy those pesky new American oil producers who, powered by hydraulic fracturing, have in the last decade turned the U.S. from an energy-dependent poor cousin to the world’s largest oil producer. The best way to consign the frackers to the dustbin of history is to drive the price of oil so low they can’t recover their costs.

Like a falling domino, the price of gasoline at the pump in the U.S. plunged more than 80 cents to less than $2 per gallon in some precincts, prices not seen in this country for almost two decades.

In a normal time, such a price decline for American motorists would be like manna from the political heavens for a president up for re-election like Trump. But these are not normal times. The coronavirus-induced virtual shutdown of industrial societies sliced gasoline demand by 25 percent per week during the last two weeks of March, just when spring break and warmer weather would normally lure Americans back onto the roads.

With gasoline demand down, oil refineries sent out a “don’t call us, we’ll call you” message to ethanol plants.

The price war is just a month old, but casualties are already coming in from the battlefield. Whiting Petroleum of Denver, which operates mostly in the Bakken Field in North Dakota, filed for bankruptcy last week. Texas-based Valero Energy announced it would close its big ethanol plant at Albert City in northwest Iowa. Folks in the crude oil and ethanol businesses say those casualties won’t be the last.

Beyond the blow to the solar plexus of ethanol, the ensuing drop in demand for corn has pushed the cash bids below $3 per bushel, a fifteen-year low. Joni Ernst and her Republican handlers don’t need to be told what low corn prices do to incumbents in Iowa in election year.

As he flips through cable news channels upstairs at the White House, Trump may figure he can buy off Iowa and other corn states by adding another payment to the $28 billion he’s already spent to keep soybean farmers contented while he destroyed their Chinese market with his trade war.

The bigger and harder problem is Texas, which produces 41 percent of U.S. oil. Keith Phillips of the Federal Reserve Bank of Dallas said in March, “Texas is likely to go from pulling up the national economy, as it did last year, to pulling it down. And that’s because of the energy sector.”

Unlike agriculture, where farm problems tend to expand economically like a slow-moving river, shocks in the oil patch are felt more like a tornado. It can be over in minutes.

A farmer requires months to plant and harvest a grain crop and may not sell it for many more months. A driller needs just three weeks to sink a new well and get it pumping. With the money from the newly-flowing oil and gas, the producer can count on friendly bankers to advance money for the next plunge. Except, of course, when the price oil is well below the break-even price of $30 per barrel, and natural gas is below $2 per thousand cubic feet. At that point, the banker is likely to lean back and say, “We better hold off on new drilling for a while.”

It’s not just affecting the little wildcatters. Texas-based Exxon Mobil announced on March 16, “Based on this unprecedented environment, we are evaluating all appropriate steps to significantly reduce capital and operating expenses in the near term.”

In a blink of an eye, two million Texans who work in oil fields, refineries, and pipelines could be filing for unemployment.

There was a time when Presidents Ronald Reagan and George H.W. Bush could blow off a downturn in the energy sector and roll to election victories in Texas, powered by Cold War spending in the defense sector and the explosion of technology. But those days are over. Since the 1980s, the African-American and Latino populations in Texas have grown to almost 45 percent of the state’s total. Political observers, most of whom don’t live in Texas, have for decades predicted that Texas will eventually shed the bright red political coloration painted by Reagan. So far they’ve been proved wrong. But the close call in 2018, where previously-obscure Beto O’Rourke from politically insignificant El Paso came within two points of upsetting U.S. Senator Ted Cruz, has put Trump and Republicans on a Defcon One political alert.

For Iowa, what the electoral college giveth, it taketh away.

Trump last week signaled he would join Putin and become a de facto member of OPEC in an effort to reverse the slide of oil prices. The president claimed in an April 2 tweet, “just spoke to my friend MBS (Crown Prince) of Saudi Arabia, who spoke with President Putin of Russia, & I expect & hope that they will be cutting back approximately 10 Million Barrels, and maybe substantially more which, if it happens, will be GREAT for the oil & gas industry!”

“Great for the oil and gas industry” means higher prices at the pump and for home heating costs. Beyond that, the notion of Trump colluding with Putin and MBS alone would be enough to send Republicans to their beds with cold rags on their foreheads.

But there’s more. OPEC, which since the 1970s probably has harmed the U.S. economy more than Putin, Mao Tse Tung, Josef Stalin, and Vladimir Lenin combined, is scheduled to meet via teleconference on April 9 to discuss the progress of their price action. Trump says he will be there, telephonically as well, making himself (if not his country) a de facto member of the cartel that has squeezed the wallets of American motorists for almost a half-century.

When Jimmy Carter gets wind of this, he may wonder if he has lived too long.

“They’re going to get together, and we’re going to see what we can do,” our 45th president said of the coming OPEC meeting that will also include Vladimir Putin, who in recent years has brought the huge Russian oil production to the OPEC table. “The two countries are discussing it. And I am joining at the appropriate time, if need be. You don’t want to lose an industry — you’re going to lose an industry over it.”

Republicans were probably relieved that the news media, overstressed by coronavirus coverage, gave Trump’s energy notices only passing mention. Of course the president does not want to lose the domestic oil industry. But Ernst and other Republicans do not want to lose an election, either, after being been presented with fresh evidence of Trump collusion with Russia with the objective of raising gasoline prices.

This time, Ernst may be the one doing the squealing.

Any tete-a-tete between Trump and Putin over oil could turn very interesting if the subject gets around to hydraulic fracturing, which it is likely to do since fracking is the sore point for Putin and MBS. Neither use the American-developed technology.

Putin has made his position clear, saying in November 2019, “The fact is that today’s technologies of shale oil and shale gas production are, without any exaggeration, barbaric and bad for the environment. In some areas of shale oil production, people get black slurry instead of tap water in their homes. We will never use such production technology, no matter how lucrative it may be.”

Bernie Sanders and the Sierra Club couldn’t have said it better. Sanders even got Joe Biden to declare, at the last televised Democratic debate, that a Biden presidency would end fracking. Putin’s words on fracking could even prompt the question of exactly which way the Russians plan to tilt their interference in the 2020 U.S. election. We can’t be sure.

Putin, of course, has not signed on to the Green New Deal. What bothers him are not fracking’s environmental issues, but its ability to enable the U.S. to cut into world markets that Putin had coveted for Russia.

As Trump no doubt told the heads of major oil companies who met with him at the White House on April 3, Putin might be in a mood to soften his earlier militancy to fight a long oil price war. It makes sense. Russia derives 52 percent of its federal government revenues from oil and natural gas sales, which makes Putin even more dependent on energy than Texas. In a good year, the Lone Star State derives about $4 billion in severance tax revenues out of total state tax collections of just under $60 billion.

So to solve a domestic political problem, Trump plans to collude with not only Putin but also the Saudis and OPEC, with the goal of raising gasoline and home heating prices. And he’s announced it in public!

If the Democrats can’t beat that, they should quit trying.