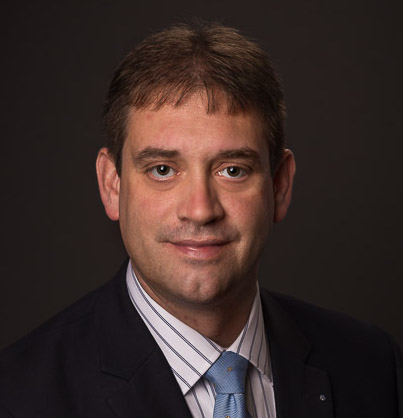 As the general counsel for the Iowa Association of Municipal Utilities (IAMU), a member organization representing more than 750 utilities serving more than 2 million Iowans, I read with great frustration the claims made by John Aspray in a post on this blog, and I’d like to offer a few comments in response.

Mr. Aspray asserts that “Iowa’s state government has put water on the back burner” and also that “80 percent of Iowa residents could be at risk of losing access to running water in their homes.” Neither assertion is accurate.

On March 13, the Iowa Utilities Board (IUB) took swift action in response to the coronavirus by extending the winter moratorium on gas and electric disconnections for low income customers. That order is available here.

On March 18, IAMU was already in discussions with the IUB concerning the importance of maintaining utility service in Iowa, including water service. The board convened a call with utility representatives of all types from around the state, including water and telecommunications utilities. IAMU participated in that call and prepared a summary for our members to alert them to what was coming. That summary can be found here.

By the time the March 18 call was held, IAMU had already heard from many of our members that they were voluntarily suspending disconnections. For example, Des Moines Water Works, IAMU’s largest water member, had announced a suspension of service terminations on March 16.

Given that so many members had already enacted local policies, IAMU was supportive when the IUB issued a news release on March 19 encouraging ALL utilities to implement a suspension of disconnections. This press statement noted,

The full statement can be found here.

Since that time, IAMU has been contacting media outlets on behalf of our members to draw more attention to their efforts to help their communities in this time of crisis. But it’s been difficult to get the word out.

With the exception of Iowa American Water and Rural Water utilities, cities are the ones providing water service in this state. IAMU estimates that its members serve about 1.9 million people, or 61 percent of Iowans. And they do a good job. Municipal utilities are small, nonprofit, community-owned entities whose primary mission is serving their community. The residents of a city own the utility and, by running for council or serving on the local utility board, they get to run it, too.

P.S.-- City utilities in Des Moines, Ames, Cedar Falls, Muscatine, Spencer, Mt. Pleasant, Osage, Waverly, and many others have suspended disconnects and/or are offering payment options. Some are waiving late fees. If you’re wondering what your local city is doing, check the city council or local utility board minutes, or call the office of your local city. Local officials are handling this issue, and there is no centralized tracking of these local decisions.

P.P.S.-- The longer this crisis goes on, the more difficult it will be for your local city water utility. There are hundreds of cities in Iowa with less than 500 people and many of them operate water utilities. Reserves are small and they often carry revenue debt that requires them to collect from their customers. If you can pay something, even if it’s less than the full amount, you should. Call your local utility and work out a payment agreement.

Top photo of Tim Whipple provided by the author and published with permission.