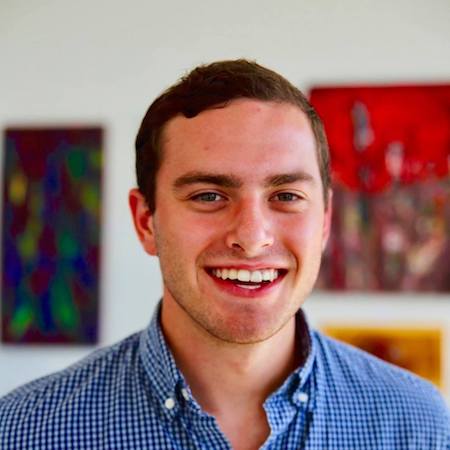 For more than 150 years, Iowa has served as a progressive beacon for the rest of the nation. We outlawed the death penalty nearly 60 years ago and became one of the first states to legalize same-sex marriage in 2009. Contrary to the popular belief that most Midwesterners are centrists, Iowa Democrats have historically been leaders of this nation’s progressive movements.

It should come as no surprise, then, that the message of Senator Bernie Sanders resonated with Iowans from the start of his first presidential bid in 2016. With a razor-thin second-place finish, Iowa voters catapulted Sanders to the national stage. Voters from Sioux City to Keokuk believed in the senator’s dream of building a multi-racial working-class movement fighting for this country’s most disadvantaged citizens.

The disastrous policies of the Trump Administration that privilege economic elites, coupled with a Republican trifecta in Des Moines that prioritizes the interests of its corporate donors, reinforced Senator Sanders’ vision in the minds of Iowa voters once again in 2020.

Iowa is in crisis. An estimated 150,000 Iowans do not have health insurance. Sadly, many more will lose their insurance as the unemployment rate continues to skyrocket as a result of the COVID-19 pandemic. Thousands of Iowans continue to live in a never-ending cycle of poverty, with no hope that their government will help them break that cycle.

While Governor Kim Reynolds touts Iowa’s U.S. News and World Report rankings to national news outlets, Iowans are suffering from diseases of despair. Based on the countless conversations I have had with residents of this state, there is clearly a part of Iowa that Reynolds and Iowa Republicans do not — or choose not to — see.

Sanders decisively won the popular vote in the Iowa caucuses earlier this year because he spoke directly to the needs of working people. His message of economic equality, inclusivity, and hope inspired thousands of people in Iowa to believe that their government could, in fact, alleviate their suffering. Iowa voters understand that, in the wealthiest nation on the planet, thousands of people should not die each year because they cannot afford outrageously high healthcare costs. We understand that our political system in Washington and Des Moines is dominated by moneyed interests and a financial elite that does not have the interests of working people at heart.

The satellite caucuses in Iowa, where many low-propensity voters of color caucused for the first time to support Sanders, demonstrated that historically disadvantaged voters can play a pivotal role in our electoral process. When voters heard Sanders speak about their pain and how he proposed to address it, they believed him; his consistent record over the course of decades in public service proved to Iowans that he meant what he said.

The Democratic Party, of which I am a proud member, must incorporate these general tenets of Sanders’ platform into its agenda. We must speak to issues that working-class people in this nation continue to face. Most important, we must welcome the diverse coalition Sanders tirelessly formed here in Iowa. Whether or not people agree with him on every detail, everyone knows he is genuine, and he gives a damn about regular Iowans.

Together, we can put forward a bold, progressive vision that addresses the systemic inequities that exist in our society and defeat Donald Trump in 2020. Although Bernie Sanders will not be president, his legacy will live on through young people like me, inspired by his lifelong commitment to public service.

Sami Scheetz is a Cedar Rapids native who most recently worked as the Wisconsin Political Director for the 2020 presidential campaign of Senator Bernie Sanders. He was previously an Iowa Constituency Outreach Director for Senator Sanders, helping to lead the successful satellite caucus efforts on February 3. Prior to joining the Sanders campaign, Sami worked for Fred Hubbell’s gubernatorial bid in 2018 and for the U.S. State Department in Dubai. He is a graduate of Georgetown University, where he studied government and history.