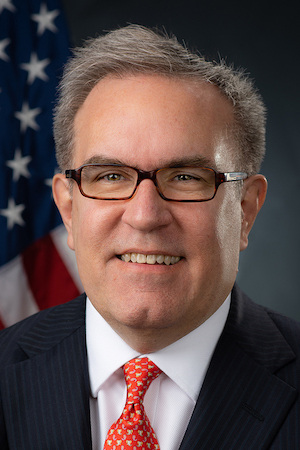 Tyler Granger is an Iowa field representative of the National Wildlife Federation. -promoted by Laura Belin

The Trump administration has a terrible track record of refusing to listen to scientists and rolling back industrial pollution regulations–at least 95 rollbacks through the end of 2019. Caitlin McCoy, a fellow in the Environmental and Energy Law Program at Harvard Law School, described the “one-two punch” often employed by the U.S. Environmental Protection Agency (EPA): “First a delay rule to buy some time, and then a final substantive rule” that undermines protections for human health or natural resources.

The Trump administration has failed to provide strong legal arguments to justify the EPA’s backsliding, which defies common sense and some court rulings. The government has limited public comment opportunities as well. The rule changes include canceling mandatory reporting of methane emissions for oil and gas companies and allowing states to set their own rules on carbon emissions from coal-fired power plants, in place of the Obama administration’s Clean Power Plan.

EPA Administrator Andrew Wheeler has exploited the novel coronavirus (COVID-19) outbreak to carry out his pollution agenda under the cover of the pandemic. (Bleeding Heartland discussed those early moves here.) A former coal lobbyist, Wheeler did not hesitate to use the pandemic to reward his fellow coal industrialists.

Since the beginning of March, the EPA has lowered fuel economy and emissions standards for the auto industry, in what it described as “the largest deregulatory initiative of this administration”; temporarily loosened enforcement of some compliance regulations for businesses if they are facing COVID-19-related challenges that impact monitoring and reporting; and clarified a proposed rule that would tighten parameters on research the agency uses to inform its decisions and rule-making.

In its announcement of the new fuel rule, the EPA said the move would benefit both the auto industry and consumers in a time of economic difficulty, lowering the cost of new vehicles and “making it easier for Americans to afford to buy newer, cleaner, and safer vehicles.”

In other words, the EPA’s reaction to a respiratory virus is to increase carbon emissions and weaken lung health.

We often do not see the consequences of environmental rollbacks until it’s too late. For Iowa, the impact may be more lakes and ponds being declared hazardous due to E. coli outbreaks. As more Americans seek the outdoors as a retreat from social distancing they are entering into a new environment with new challenges.

During this pandemic, news media around the world have reported on how animals are thriving in spaces normally dominated by humans. Stories of dolphins swimming in the canals of Venice, Italy and turtles thriving on closed beaches have made headlines. All around the world, animals are wandering out of their usual habitats as people stay inside to slow the spread of coronavirus.

The increased attention to wildlife is heartwarming and comforting, but wildlife temporarily occupying abandoned spaces does not outweigh the harm done by the EPA’s policies.

We must stand up to the EPA’s rollbacks and say no to increased carbon emissions. The first step is to contact U.S. Senators Chuck Grassley and Joni Ernst to demand more transparency in the EPA’s decision-making.

Taking advantage of a disaster
By Bruce Lear | 1 Comment

A study in contrasts: Donald Trump and communities
By Herb Strentz | 0 Comments