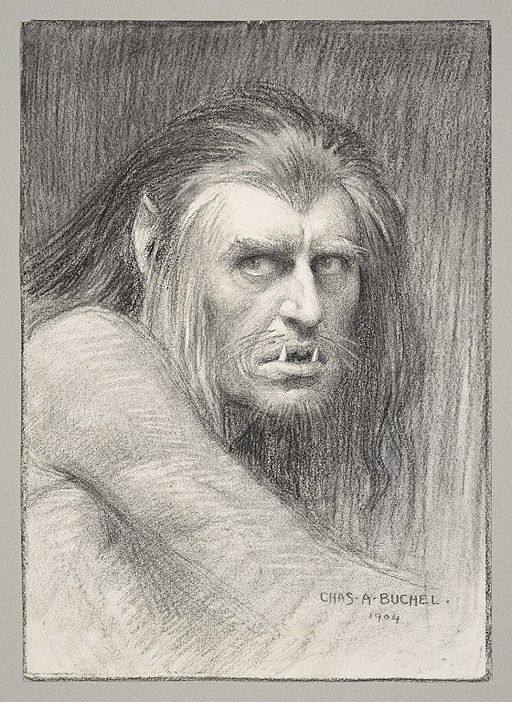 An essay by Herb Strentz inspired by Caliban, “the original strange bedfellow.” -promoted by Laura Belin

The “bedfellows” adage goes back more than 400 years, attributed to Act 2 Scene 2 of William Shakespeare’s The Tempest, which premiered in 161l, probably in The Globe Theatre.

Trinculo observes, “Misery acquaints a man with strange bedfellows,” which centuries later may characterize the political misery of our day. More on Trinculo and the Tempest gang later.

But Forsooth! Let us get thee to a 21st-century context and COVID-19 concerns with close contact.

We have, of course, a prescribed social distance to avoid infection. But we have no prescribed “political distance” to avoid being infected by the ravings of a fellow party member.

Here’s my question: why do many Republicans in Iowa and across the country embrace President Donald Trump and shun King, despite their contrasting political and personal records?

• King and his wife Marilyn will celebrate their 50th wedding anniversary in 2022. Trump has been married three times and, as widely known, has been unfaithful to his wives.

• King started a construction company 28 years ago, and his son now runs the small business. He has never filed for bankruptcy, personal or business. An online biography says he is from “a law enforcement family.” Trump, of silver-spoon vintage, has filed his way through four to six business bankruptcies — depending on whether you treat the first three as one — often leaving others with financial losses.

• King has won eleven consecutive elections, two to the Iowa Senate and nine to the U.S. House. Trump has never won a popular vote — losing by almost three million votes enroute to his backdoor entrance to the presidency via the electoral college.

• King was active in promoting ethanol almost from the start of his Congressional duties; Trump has double-talked and been deceptive when it comes to aiding Iowa farmers.

• King certainly has made comments that call his thinking and values into question; but for every such troubling comment by King, Trump has made a thousand or so.

• A person who once served on a state legislative committee with King recalled he was “disingenuous and duplicitous” in committee dealings and had told him so. But even then Trump would hold no advantage.

But King has paid dearly for saying, in an interview the New York Times published in January 2019, “White nationalist, white supremacist, Western civilization — how did that language become offensive?”

That and other comments were branded as racist and condemned by Iowa‘s GOP U.S. Senators Chuck Grassley and Joni Ernst, along with others from both political parties. King was stripped of House committee assignments and lost financial backing.

And yet similar thoughts are regularly conveyed by Trump and are shared by millions of Americans.

A civil rights advocate might well be applauded for saying something similar to King, like “You know, folks, we still have a long way to go in seeking justice and equality in our country; too many of our fellow citizens still demand white nationalism and white supremacy. Those terms are not offensive at all to them.”

Comments by King and Trump reflect problems in America. The consequences of racism are easy to rebuke, but are long unaddressed. King, however, uttered the taboo thought aloud, underscoring that the U.S. has a white problem.

Which brings us back to Trinculo and the Tempest of the 17th century. Seeking refuge from a shipwreck and a storm, Trinculo finds refuge in sharing a makeshift bed with Caliban — a monster type said to be the offspring of the witch Sycorax and the devil.

Trinculo figures, “My best way is to creep under his gaberdine. There is no other shelter hereabouts. Misery acquaints a man with strange bedfellows.”

One analysis characterizes Trinculo as “a minor comic character whose main ambition is to align himself with whomever is the perceived leader in any situation he finds himself in.” That brief note may be a key to the Trump/King hypocrisy: King is the easier target as a member of the House minority caucus.

Unfortunately for many of us these days, “politics” and “misery” are as interchangeable as might be illustrated by Trinculo, Trump, and King — and by the sycophantic nature of today’s elected leaders taking the role of Trinculo, even though they should know better.