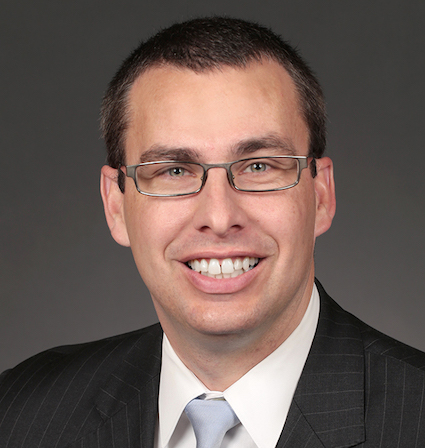 Days later, Senate State Government Committee Chair Roby Smith introduced an amendment that would prevent Pate from taking the same steps during the general election. County auditors from both parties oppose the proposal.

In response to the novel coronavirus pandemic, Pate used the emergency powers of his office to make two important decisions. First, he expanded the early voting window to 40 days. Republicans had shortened Iowa's early voting period from 40 days to 29 under a 2017 law Smith championed, which also sought to suppress voting through new ID and signature verification requirements.

Second, Pate mailed an absentee ballot request form to every Iowa voter, leading thousands who had not previously participated in a primary election to vote by mail this spring.

Smith drafted his 30-page amendment to replace the text of House File 2486, an uncontroversial bill related to printing the county seal on ballots. House members approved that bill unanimously in March, and it was referred to Smith's committee shortly before the legislature suspended operations due to COVID-19.

A lot is going on in the amendment, but here are some of the significant points:

Writing on behalf of the Iowa State Association of County Auditors on June 5, Scott County Auditor Roxana Moritz said county auditors "are baffled" by the proposal.

The 2020 primary was very successful, based on a variety of metrics, largely due to the steps taken by the Secretary. Counties experienced record or near-record turnout. Election Day went very smoothly. Results were rapidly available. Why would the state want to cripple the process that led to such success?

Secretary Pate and his staff provided great leadership and assistance to counties to deal with the hazards of the COVID-19 pandemic in the conduct of an election. One of the most critical aspects of their assistance was to provide voters with absentee ballot request forms, making it easier to vote from home at a time when Governor Reynolds was counseling Iowans to leave their homes only when absolutely necessary. The large absentee turnout had the unexpected benefit of relieving many voters of making the decision whether or not to go to the polls in a time of civil unrest in their communities.

These voters come from all political persuasions. The ballots are processed, safeguarded, and counted by members of both major political parties. This is a health and safety issue, not a political issue.

Moritz urged lawmakers to reject House File 2486, "not just in response to the concerns of county auditors, but out of respect to the hundreds of thousands of Iowa voters who just exercised their rights in the most basic act of democratic government, without having to choose between their rights and their health."

Jamie Cashman, government relations manager for the Iowa State Association of Counties, emailed the county auditors' letter to all members of the Senate State Government Committee on June 5, noting in his message that Iowa local and state officials "believe now is not the time to make significant changes to the conduct of elections."

There's also a voter caging section to the bill:

Under current law, we send reminder notices to voters who haven't voted or updated registration in four years. Their voter status is not changed from Active unless the post office returns the card as undeliverable.

This bill makes us send notices to anyone who misses ONE general election, AND it requires us to make the voters Inactive even before we send the cards! That would inactivate hundreds of thousands of presidential election only voters.

That language is in Section 38 of the amendment. Deeth later explained that moving voters to inactive status is the first step toward canceling their registrations.

THIRD UPDATE: Late in the evening on June 5, the Senate State Government Committee approved this bill on a party-line vote. 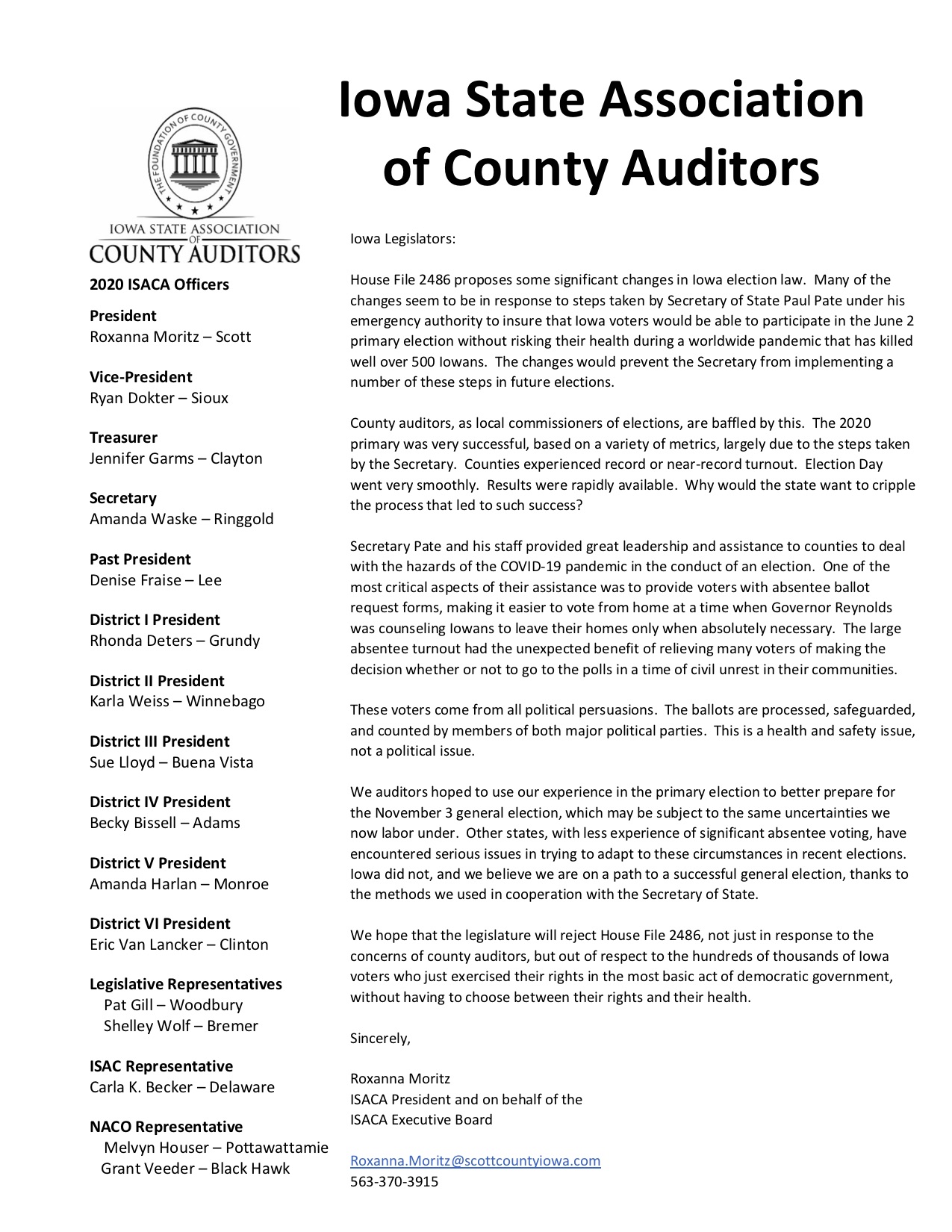