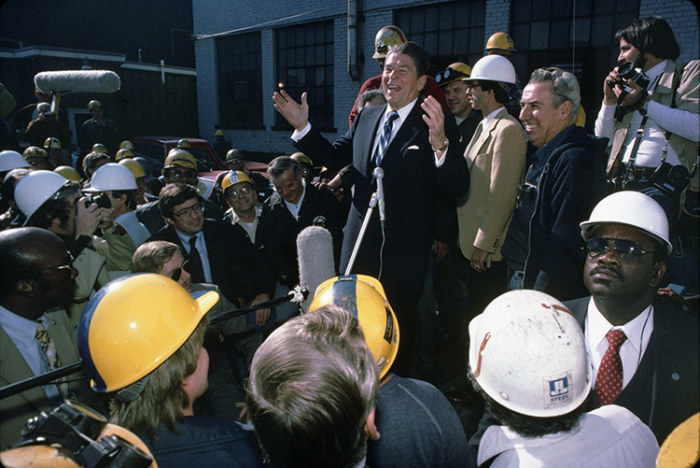 Based on the latest Iowa poll for the Des Moines Register, Dan Guild wonders whether history will repeat itself, with an unpopular president taking down U.S. senators from his party. -promoted by Laura Belin

The presidential election of 1980 was by far the most important election of my lifetime. It gave power to social conservatives who had never tasted power before (Presidents Richard Nixon and Gerald Ford were both pro-choice). It also brought to fore and gave explicit expression to white racial resentment when Ronald Reagan spoke of "welfare queens" driving Cadillacs.

The 1980 election changed not only Republican politics (every GOP nominee since has been pro-life) but also Democratic politics. In the aftermath of the Reagan presidency, Democrats began talking about “ending welfare as we know it." President Bill Clinton signed a major welfare reform bill 45 days before the 1996 election, in which he had a significant lead.

Anthony Lewis, perhaps the most prominent liberal columnist for the New York Times at the time, wrote two days after that election, “The Senate results make the point even more compellingly than Ronald Reagan’s electoral vote landslide: what happened in the 1980 election reflected a profound and general turn to conservatism in this country.”

Is history about to repeat itself?  Will an unpopular president take down his party when he loses? And if so, will the election be read as not just a personal rejection of the president, but an ideological rejection as well?

A couple of months ago I wrote about the parallel between Presidents Donald Trump and Jimmy Carter. In that post, I suggested that the cumulative effect of the COVID-19 crisis could hurt Trump in the same way that the gas shortage in 1979 made Carter so unpopular. Since I wrote that, Trump’s numbers have indeed declined, in part because of coronavirus and in part because of his reaction to George Floyd's murder.

The latest Iowa poll by Selzer & Co for the Des Moines Register suggests 2020 might indeed look like 1980. Let us start with the data:

Senator Joni Ernst’s approval ratings are actually pretty good. Most senators do not have a +12 approval rating, and she is close to 50 percent. Head to head against Theresa Greenfield, Ernst runs 6 points behind her approval rating and 1 point behind President Trump's number against Joe Biden. The similarity between what she receives and what the president receives here is eye-opening.

For Ernst, these numbers create an enormous dilemma, one that incumbent Democratic senators were not able to solve in 1980.

Most political advisers would tell Ernst to create some distance between herself and the president, so that the race could be about her and not about him. But is that a viable strategy for 2020? Trump partisans have not tolerated disloyalty, and she might hurt herself more by creating distance.

It is only June, and we may be seeing Trump and Ernst at their lows. Perhaps both will recover politically as the economy recovers. But in this moment, something very big is the offing. Ernst is not the only GOP senator who wasn’t expected to be in trouble, but is looking vulnerable.

If Democrats are able to pick up other Senate seats in Montana, Georgia, or Texas, columns like the one by Anthony Lewis 40 years ago may be written after November 3, 2020.