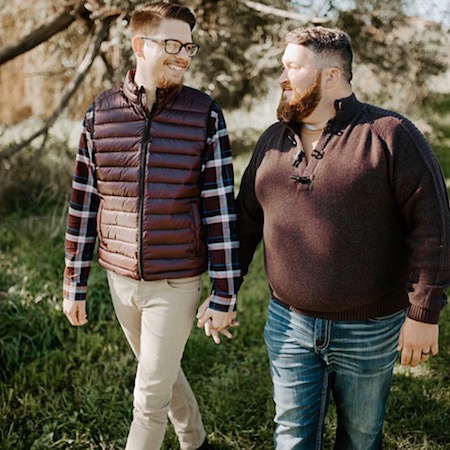 We live here, too: Dirt road Democrats in the arena

Former Republican C.J. Petersen on the values and issues that drove him to run for the Iowa Senate and become the new chair of the Carroll County Democrats. -promoted by Laura Belin

In the fall of 2010, I knocked on the door of a 70-year-old woman in rural Grundy Center, Iowa. I was there on a mission: get Terry Branstad and Kim Reynolds elected governor and lieutenant governor of Iowa.

The woman was kind, and we discussed the issues of the day--jobs, health care, and her feeling that our state and nation were on the wrong track. “Trust me,” I told her. “Terry Branstad and Kim Reynolds are ready to lead Iowa’s comeback.”

Of course, Branstad would go on to trounce then-Governor Chet Culver by a wide margin that November. I often think about the people I spoke with then, and wonder how they’re doing today. Whether they’ve lost their jobs, their homes or loved ones due to the current economic recession and the mishandling of the COVID-19 pandemic by our Republican leadership in Des Moines and Washington.

As I watched the Democratic National (virtual) Convention this past week, though, I mostly thought about one thing: so many of my neighbors still feel like politicians don’t care about them. I wonder if that woman from rural northeast Iowa thinks our state and nation are on the right track now. Chances are, she feels betrayed all over again. I know I sure do. That’s why I left the Republican Party in 2015.

Our main streets continue to atrophy, with once-bustling storefronts that housed restaurants, mom-and-pops and retail establishments disappearing as if by some unseen force. They’ve been leaving for decades, and it’s a familiar tale: we raise kids here, only for them to bolt for suburban opportunity as soon as we’ve educated them and taught them how to be decent human beings.

I’m a young Iowan who chose to make his home in rural Iowa. But I have seen so many of my classmates, friends, and family members move off to Des Moines, Chicago, Denver. They did that not just because they want to be closer to the mall—it’s because decades of job-killing policies are destroying the things that made our communities great for my parents (and many of you) just 30 years ago.

Jobs are harder to come by, and they don't pay what they should. Schools don't have the money they need, so we get up an hour earlier to put our kids on longer bus routes to schools—schools where more students are packed into fewer classrooms with teachers who buy school supplies out of their own pockets. Young people just don't think there are opportunities for success here. But it doesn’t have to be this way. Democrats know that there’s nothing wrong here that can’t be fixed by what’s right here.

I have many friends who are Republicans. I mean that sincerely: they’re my friends, and I care about them and the future we share. That friendship matters, because it’s going to take all hands on deck to rebuild our communities. It doesn’t matter who gets the credit, as long as the job gets done. That desire to build bridges, not walls, is why I decided to run for the Iowa Senate, and why I recently answered the call to lead the Carroll County Democrats.

We already know what we need to do: create business succession plans and low- or no-interest apprenticeship loans to help business owners who want to retire pass their business to a new generation of entrepreneurs. We must fight for rural communities to get our fair share of infrastructure funds, so our counties aren’t spending $60,000 on state-mandated road signs we don’t need or want while our farmers drive on dilapidated state highways.

And with so many of our rural and critical-access hospitals in danger of closing, we need to make it clear that rural health care is just as important as the health care they get in Des Moines and Iowa City.

That’s what Democrats in rural Iowa are fighting for: We know you feel left behind, because we feel it, too. Our party leadership hasn’t always done a good job defining what we stand for. And because we’re friends, and friends are honest with each other, it’s because politicians in both parties tend to forget those of us who sent them to govern in the first place.

So, it’s time for some straight talk, among friends: what have Republicans in the state legislature done for you lately to make it easier for your kids or grandkids to stay and succeed here in rural Iowa?

You know the politicians I’m talking about. They’ve been cruising to election and re-election for years by telling us what we want to hear, cynically manipulating our faith-based convictions on one hand while selling our communities off to the highest bidder with the other. But if their economic policies were really good for rural Iowa, wouldn’t more people my age be coming home? Wouldn’t more of our storefronts be filled, and not less? Wouldn’t we be able to provide for our families without having to drive 30 minutes to work or the nearest Hy-Vee? Shouldn’t we? Democrats think so.

HOW THE GOP LEFT ME

This is not to say that Republicans have not ever had good ideas. I think we’re all a little closer than we like to admit on many issues. Republicans championed local control of schools and environmental regulatory standards for decades—in fact, one of the first political fights I got into was as a conservative student who thought the state and federal governments telling our schools how to operate was a bad thing.

One of my political heroes, Teddy Roosevelt, famously told us that patriotism means to stand by one’s country, not by any president or any other public official. Roosevelt was a trust-busting Republican president who looked out for the little guy, and didn’t think much of any person or entity holding too much wealth and power while the least of us went hungry.

Try to imagine any of our Republican friends running for office today fighting the moneyed interests on behalf of working people. Imagine any of these pretenders standing up to a governor or a president from their own party. That’d be a sight to see!

We Democrats believe that the most meaningful change starts from the ground up, not from the top on down. That individual opportunity for me doesn’t mean you have to go without. And we believe equal rights and civil liberties must be protected at all costs. We don’t expect the government to solve all our problems; we do expect our leaders to understand them.

But today’s Republican politicians don’t live up to these values. They can’t—not while running for the legislature and congress, hitting big government and claiming (with straight faces!) that they’ll be fiscally responsible. Not while pledging to expand the powers of the chief executive in Des Moines and to continue to shred our state’s health care, infrastructure, and education systems. No, they’ll play all their greatest hits at election time—limited government, “family values,” campaigns light on policy and heavy with hypocrisy. I didn’t leave the Grand Old Party; the party left me. And the values I still cherish make me proud to be a Democrat.

GETTING INTO THE ARENA

I’m not sure what happened to the Democratic Party here before I arrived back home in western Iowa. Maybe the folks who came before me felt let down by both parties, too. And I know it’s a tall order to lead a group of people who sometimes feel demoralized and frustrated with the way things are right now.

But I also know that the kind of politicians we’ve been sending to Des Moines for the last few decades aren’t working out so well. Heck, they hardly work at all. Our roads and bridges are crumbling, our communities struggle to deliver high-speed internet to every household, and unfunded mandates and tax breaks for big-city building projects are cutting into our counties’ ability to provide mental health care.

Don’t believe me? Take a drive on Highway 141 westbound into Crawford County. You’ll think your tires are about to fall off your truck. As Ronald Reagan once reminded us: “Don’t be afraid to see what you see."

The beauty of living in this democratic republic is that we have a choice to make every election that can change the way things are done in Des Moines. I won’t promise you that we’ll agree on every issue (the only time that’s ever happened to me is when I looked in a mirror). I might not get it right all the time. But you’ll always be able to look me in the eye and know that I see you, I hear you, and we respect one another.

The people who seek to represent us in Des Moines and Washington deserve a fair hearing when they’re asking for your vote. And you deserve to know exactly what we plan to do when we get to Des Moines and Washington. It’s not about listing a few platitudes on a webpage, and thinking that stands for accountability. It’s not good enough to have an R next to your name in the newspaper. And we can’t keep rewarding entitled politicians who pay lip service to “real family values” unless they’re prepared to tell us, specifically, which of our families they think lack values. Because whether they have a mom and a dad, a single parent, two dads, or a guardian, Iowa families have values.

In the immortal words of Theodore Roosevelt, let us remember,

It is not the critic who counts; not the man who points out how the strong man stumbles, or where the doer of deeds could have done them better. The credit belongs to the man who is actually in the arena, whose face is marred by dust and sweat and blood; who strives valiantly; who errs, who comes short again and again, because there is no effort without error and shortcoming; but who does actually strive to do the deeds;...and who at the worst, if he fails, at least fails while daring greatly, so that his place shall never be with those cold and timid souls who neither know victory nor defeat.

That’s why I’m getting into the arena. I hope you’ll join me on election day.

Top photo of C.J. Petersen (right) with his fiancé Luke provided by the author and published with permission.