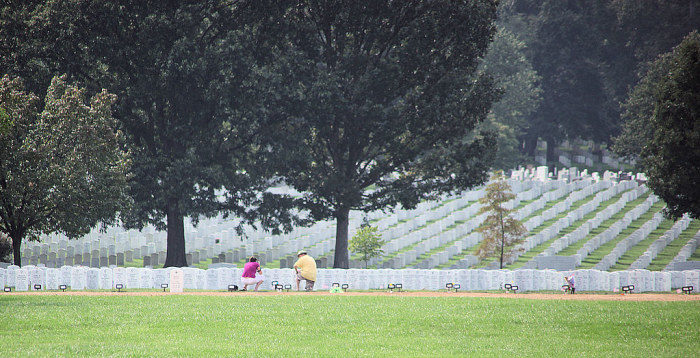 Reclaiming what we believe

Ira Lacher asks, "Why do we continue to treat this president, who has lit a bonfire and thrown convention onto it, in a conventional manner?" -promoted by Laura Belin

The 2016 election was all about convention.

Donald J. Trump pledged he was going to "drain the swamp" -- toss out conventions that had made government the enemy of "real Americans. " And millions, who believed themselves the victims of an unfeeling, bloated, radical-liberal bureaucracy biased in favor of minorities and coastal elites, believed him.

Trump didn't disappoint. He has fulfilled the wet dreams of conservatives by gutting many regulations on business, slashing the federal non-defense workforce and rolling back environmental protection.

But he also has thrown out almost every unwritten rule pertaining to the presidency since George Washington was handed the keys.

Trump makes policy via 280-character whims. He lies uncontrollably. He trashes facts and science. He attacks the media as traitors. And most recently, according to Jeffrey Goldberg, executive editor of The Atlantic, he defecates on the brave service men and women he is bound by the Constitution to command.

And he's done it all in a walk-over.

The news media, those which still remain objective, anyway, continue to cover Donald J. Trump as if he were a historically normal president, dutifully reporting what he says and burying the fact that what he says are largely lies.

The Republican Party, once the party of Lincoln, is now the party of Wynken, Blynken, and Nod, having become nothing more than a herd of running dogs, just like parties in China, Russia, and every other "democracy" in name only.

Government departments, historically charged with being dispassionate, dedicated dispensers of duly enacted legislation, have shriveled into Trumpist appendages, to the point that we can no longer trust in the Census Bureau, the Centers for Disease Control, and worst of all the Justice Department.

And now, it appears, General John F. Kelly, who quit as Trump's chief of staff, has joined them.

Faced with corroborating Goldberg's devastating article -- as so many have done, albeit anonymously -- Kelly is saying nothing. According to The New York Times:

But Mr. Kelly, who served for more than 40 years in the Marines, has told associates that a retired four-star general should not come out against a sitting president in the heat of a political campaign, even though former Defense Secretary Jim Mattis, another retired four-star Marine general, publicly criticized Mr. Trump in June for lacking “mature leadership” and trying to divide rather than unite the country.

“He wants to avoid taking a position that might be perceived as political,” said Gen. Anthony C. Zinni, a retired four-star Marine Corps general and a close friend of Mr. Kelly, who had not spoken to him since the publication of the Atlantic article. “I also think he takes to heart the commitment to confidentiality in matters related to their interaction with the president.”

Why do we continue to treat this president, who has lit a bonfire and thrown convention onto it, in a conventional manner? Why is it so difficult to admit that we need to change?

Psychiatrists say we clutch our conventions because they instill within us a sense of stability -- which is critically important when COVID-19 has upended virtually every society everywhere. They also say groupthink is a byproduct of how we have evolved in our lives and work habits: Most of us work in groups, and we aren't hermits. And it's easier to cling to ideas, no matter how outmoded or even false, than it is to admit we were wrong.

But we must admit it. And act on our admission. We must make the 2020 election about convention. About the way we change our behavior in considering how to treat Donald J. Trump.

Behavior change, the psychiatrists say, has five steps: precontemplation, contemplation, the rise of obstacles, determination, and action. Evidently, we are in the third stage now. And that's the most difficult to break from. But there is a way.

"If you get stuck here, as many often do, seek another way to think about the value of the change you're contemplating," Dr. Alex Lickerman writes in Psychology Today. "Remember, it's all about finding and activating a motivating belief."

That motivating belief is right in front of us, having been taught to us since childhood: it's loyalty to and pride in America.

Our motivating belief is to rely on everything that Donald J. Trump has cast off: that the United States of America should be a paragon of freedom, equality, achievement, innovation, and, if necessary, sacrifice. Those are the values that millions of our brave service men and women -- those whom Donald J. Trump calls "losers" and "suckers" -- gave their lives to protect, and are serving to protect as we read this.

That motivating belief needs to spur all of us to action -- the action of our votes.

Top image: Mourners visit graves in Section 60 of Arlington National Cemetery in Arlington, Virginia, on September 4, 2011. Photo by user Tim1965, available via Wikimedia Commons. Section 60 is where John Kelly's son is buried, and where Trump, according to Jeffrey Goldberg's reporting, said to Kelly on Memorial Day 2017, “I don’t get it. What was in it for them?”