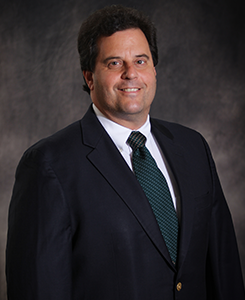 Dr. Greg Cohen has practiced medicine in Chariton since 1994. He was named a Distinguished Fellow by the American College of Osteopathic Family Physicians as well as Physician of the Year by the Iowa Osteopathic Medical Association in 2019. -promoted by Laura Belin

To the citizens of Lucas County and Iowa:

I haven't hugged my children or grandson since March because of the COVID-19 pandemic. I have continued to go to work every day to provide medical care to the people of Lucas County and Southern Iowa. Sometimes I wear one mask. Sometimes two. Sometimes a gown. Sometimes two pairs of gloves. Sometimes safety glasses or a face shield.

At the end of every day, I go home, strip, throw the clothes in the washing machine, and shower before greeting my wife. Like most of the health care workers I know, I have cared for people with COVID-19 in the office, the emergency room, and the hospital. I have seen some with no little or no symptoms, some get hospitalized, and some who have died.

I have been watching a new kind of disaster unfold in front of my eyes for the first time. I have watched the United States fail. I have seen the people of the United States, divided by hate, mistrust, and misinformation, be unable or unwilling to do what has to be done to save each other and thus ourselves.

COVID-19 is a viral infection that has spread illness, suffering, death and economic disaster worldwide. I have seen this disease, and our response to it, politicized, and that must stop or it will continue to consume us.

We are the richest and most powerful nation on the face of the earth. We should be leading the world in the response to this crisis, as we have so many times in our past. Instead, we are leading in all the worst categories.

Despite comprising only 4 percent of the world's population, the U.S. accounts for about 25 percent of all cases and deaths. In the last seven months, more than 190,000 Americans have lost their lives. Millions have been hospitalized and tens of millions have lost their jobs. We continue to lose nearly 1,000 lives a day and by December more than 300,000 Americans will have died. This is more than our losses in any war in the last 100 years, and more than most of those wars combined.

Most of the "Western world" is experiencing something very different. After an intense first wave, during which they followed plans created by expert physicians and scientists, most countries regained control. Their societies are opening up and they are managing the pandemic.

In contrast, after closing down for about two months and successfully flattening the curve, we lost our resolve and our empathy for each other and abandoned the plans created by our own experts. We are now wallowing in this like a "third-world nation."

It didn't have to be this way. The great people of the United States, who overcame British tyranny, a Civil War, two World Wars, the Great Depression, the Cold War, and multiple epidemics and pandemics, have lost their way. Too many of us still want to believe this will magically go away. It will not. Historically, pandemics last eighteen to 24 months and do not end until 70 to 90 percent of the population has gained immunity, either by getting the disease or getting a vaccine.

With a disease that requires hospitalization in 15 to 20 percent of cases and kills 0.5 to 1 percent, the cost of letting this go unchecked in terms of human suffering, death, and economic disruption would be unimaginable.

I am asking the citizens of Lucas County and Iowa--my neighbors, friends, family, and patients--to get past the mistrust and misinformation and find their resolve. I am asking that we stand up and do what we have done with every crisis in the past. Do whatever is necessary to regain control of this plague and help us save each other.

I know we can do this together. We must! I want all of us to be able to safely hug our loved ones again.