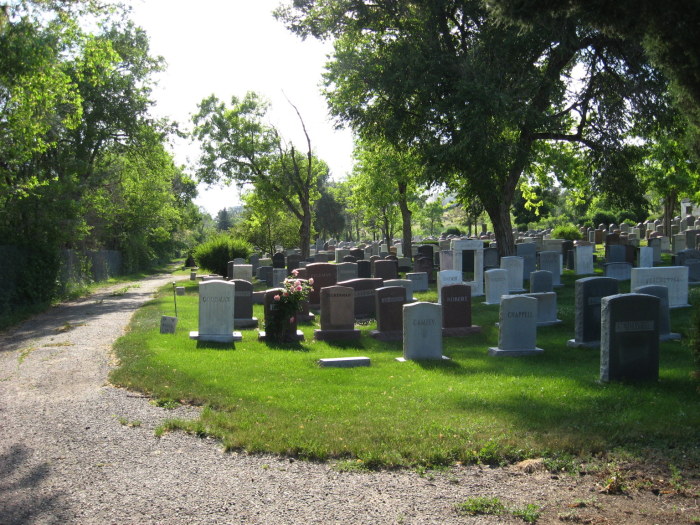 A lone man’s name became iconic when an agent of the state slowly suffocated him under a uniformed knee.

More than 1,200 Iowans, and 190,000 coronavirus-infected Americans, slowly suffocated, unseen and unnamed while Iowa’s chief executive bumbles with “data and metrics.”

We do not know the names of the COVID-19 dead.

Until we do, we are denying the reality of death and life.

Zen master Shunryo Suzuki understood life’s precarious reality to be, like stepping into a boat with the certain knowledge that it will sail out to sea and sink.

If Americans are not into death denial, most are certainly into death deferral. Nobody soberly says they will not die. Most people will admit that they know they will die, but “not yet.”

The reality of death has become lost to most Americans.

According to funeral directors, very few American young adults ever attend a funeral. Those who have done so have most likely attended an American-style funeral where the corpse has been extensively treated with cosmetics, meticulously deodorized, professionally coifed, immaculately-dressed, and carefully positioned in an elaborately decorated box.

If attending a funeral in pre-COVID times was too disturbing or inconvenient, condolences could be sent, email-like, via the funeral home’s website. The web-connected could condole with the bereaved at a safe distance from the dead.

Even fewer Americans have ever watched a person die, except as characters in movies. There, death is temporary and the temporarily bereaved witness is safe in knowing that the dying actor will be back in another film. The audience simply needs to “do something else” until it is released.

Governor Kim Reynolds likewise encourages us to “do something else” (go to work, go to school, etc.) while we wait our turn to see what dreams may come.

Americans once had deeply intimate relationships with death.

Loved ones died at home. Their stiff and discolored bodies were frequently laid out in the home in which they died. Flowers were not fashionable gift obligations. Their fragrance masked the odor of decomposition. Family and friends routinely bore the dead to a grave where they participated, at least symbolically, in the burial of the body.

Pets connected children to the reality of death. Farm kids watched animals being slaughtered for food. Children saw newborn animals fail to thrive, suffer, and then die. They got a lasting lesson on the nature of life and death.

About forty years ago, Americans became too busy to have pets. Pet health care expenses skyrocketed to make companion animals a luxury. As a result, few children experience the anguish of saying a tearful goodbye to a beloved family dog, cat, bird, or fish.

Parents began to protect their children from grief and death by substituting living companions with technology and participation in sports. Farming became industrialized and meat, like daily manna, magically appeared on store shelves in poly-wrapped Styrofoam packages.

Our sick and elderly, once lovingly cared for at home, are now warehoused in nursing homes and in hospitals where death has been turned into a medical procedure attended by people paid to watch the process. So as not to disturb the living, the newly dead are then quietly spirited down back corridors and into remote elevators.

Funeral directors enter through the institution’s back doors to take away the inconvenient dead and then “undertake” to make the remaining aspects of death inoffensive, palatable … and deniable.

The lesson shift has had consequences.

A few years ago, I took a part-time job as an assistant funeral director. Most of my work was assisting mourners before, during, and immediately after funerals. Funeral workers read the body language of attendees, so they can offer gentle assistance to those made uncomfortable by the gathering.

One young mourner stands out in my memory.

She was about twenty years old and unaccompanied. Her movements were tentative and stiff. As she waited in line to sign the guest register, she glanced repeatedly and nervously toward the chapel where “it” (the body) lurked in a casket at the front of the room. She wore a brightly colored sleeveless dress with a hemline about eight inches above her knees. She tugged down the hem of dress repeatedly as she anxiously surveyed the similar, party-like attire of other young attendees.

Having signed the guest book, she moved slowly toward the chapel door. Her movements were like those of a deer, warily surveying an open field before venturing forward.

I approached the young woman and offered to help her find a seat. She stared at the visible portion of the casket’s cargo and nodded, her eyes wide. She visibly swallowed.

We entered the chapel and I offered her a seat toward the back of the room. After I handed her a memorial pamphlet and began to turn away, she tugged at my sleeve:

This is America’s problem with the coronavirus pandemic … lack of death experience.

Except for a few stark news photographs of body bags stacked in refrigerated trucks, the virus’ dead have remained almost entirely unseen.

Reynolds is exploiting the unseen and denied nature of American death. At her press conferences, she depersonalizes the dead with categories that make learning (or remembering) their names unnecessary.

They are the “elderly,” “vulnerable” people with “chronic conditions,” and (most chilling) “essential workers.”

We must know, and remember, the names of the dead so they become, and remain, real.

For the sake of the living, Reynolds must learn the names of the dead.

Top photo provided by the author and published with permission.