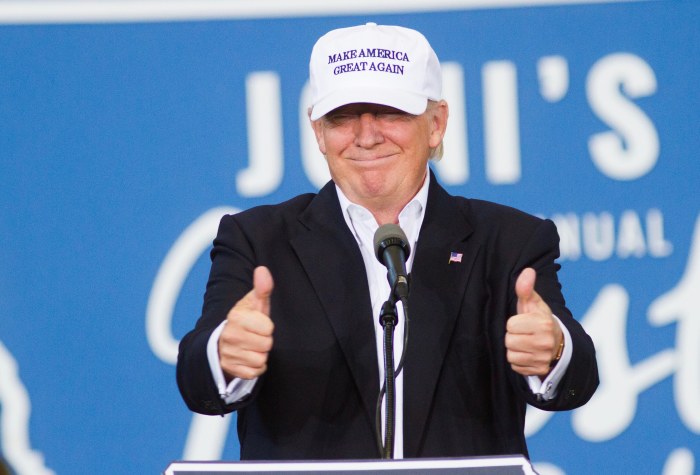 Dan Guild has "never seen anything like it. The president so dominates the landscape that senators don't have a distinct political identity." -promoted by Laura Belin

Selzer & Co. is out with a new Iowa poll for the Des Moines Register and Mediacom.  It found President Donald Trump tied with Democratic challenger Joe Biden, each supported by 47 percent of likely voters surveyed.

Iowa is not considered likely to be decisive in the race for the Presidency. But it may be decisive in determining control of the U.S. Senate. Sabato's Crystal Ball, for example, currently rates only two states as toss-ups: Iowa and North Carolina. Since they predict that the rest of the Senate will split 49-49, the importance of Iowa's race is clear.

As Brianne Pfannenstiel reported for the Des Moines Register, both sides recognize just how important Iowa is: $155 million has been spent or has been committed to influence the outcome.

A chart below shows the relationship between Trump's job approval and the Republican candidate's percentage in the 2018 Senate races. The dot way over on the right is Joe Manchin, the Democratic senator from West Virginia.

With that background, let's look at Selzer's results. Two things stand out as important here:

I think one poll finding explains why. Ernst gets 42 percent of the vote, nearly exactly the same as those who say her relationship with the president is "about right." What interests me is the 4 percent who said it is not close enough. If you add that 4 percent to the 43 percent who say her relationship with Trump is "about right," you get 47 percent, identical to Trump's percentage against Biden.

These numbers suggest Ernst must thread a needle. She cannot separate herself from Trump, yet he is not popular in Iowa. I suspect her campaign believes they will those 4 percent will come back, but that means she has little realistic room to move to the middle. She is trapped. Her answer will be to drive up Greenfield's negatives, but in a race defined by Trump, I wonder how much that will matter.

After I read these results, I looked at my average in the eight other states which are considered close.  Remember, these seats are currently occupied by incumbent Republicans with the exception of Alabama, which is currently held by a Democrat.

In all but one of these seats, Maine, the current GOP candidate is running behind Trump. It's astonishing - I have never seen anything like it. The president so dominates the landscape that senators don't have a distinct political identity.

This is why, I think, a number of senators on this list (Ernst, Cory Gardner, Thom Tillis) have been so vocal in their support for replacing Justice Ruth Bader Ginsburg before the election. If they take a different position, they risk significant defections from Republicans.

This is the chart of the 2018 Senate races and Trump's approval. Perceptions about his performance dominated Senate campaigns during the last election cycle. 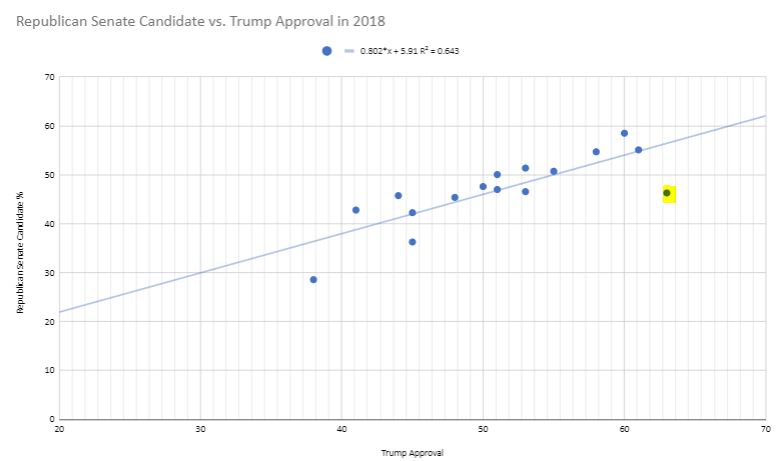