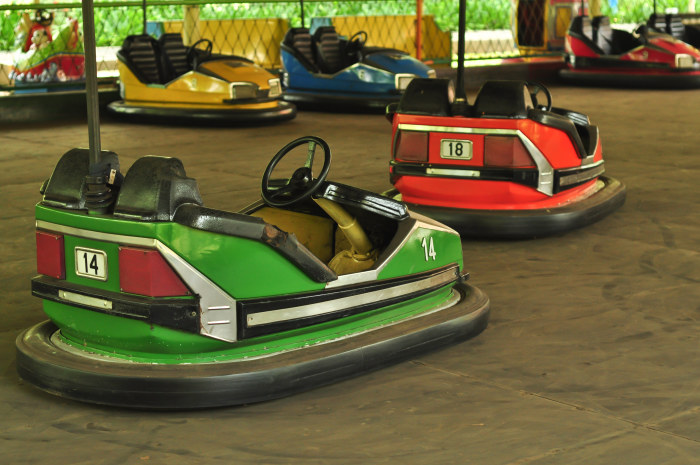 When deadline nears for sports columnists and they don’t have a clue what to write coherently about, many resort to “three-dot” columns, emptying their notebooks and typing whatever comes to mind, separated by three dots: “Iowa needed to play better Saturday. … How ’bout them Clones?”

As I write this, the election is just two days away and I don’t have a clue of long-form coherency. Instead, like bumper cars, a jumble of thoughts continues to career around my head; some colliding, some narrowly evading one another, but always in motion. Such as:

Polls and more polls. Depending on which you believe, races in Iowa and battleground states are narrowing. Or widening. Or tossups. Or narrowly favor Republicans. Or narrowly favor Democrats. I’ve seen optimistic and pessimistic reactions to these Ouija board predictions. Frankly, I haven’t paid attention to any of these polls for months because of one simple truth: Polls don’t vote; voters vote. Just ask Presidents Thomas Dewey and Hillary Clinton.

Working together, growing together? On his most recent show, Bill Maher urged Americans to work together, regardless of who wins. “If we’re going to exist, we simply have to find a way to work together,” he editorialized last Friday, continuing. “Whatever happens Tuesday, let’s find a way to live together.” Seems to me we can do that. All Trumpists need to do is stop un-Americanizing anyone who’s liberal, college-educated, female, Black, Brown, Muslim, Jewish, LGBTQ, poor, aging or infirm. In exchange, progressives will give up urging America to prevent climate disaster, restore the millions of jobs and international respect lost on Trump’s watch and oh, yeah, forgive him for allowing a preventable pandemic to kill 230,000 people.

Required reading. Caste: The Origins of Our Discontents, by New York Times reporter Isabel Wilkerson, should be one of the top two required texts for every high school and college history class. (The other is James W. Loewen’s Lies My Teacher Told Me.) Once you read at least 50 pages, it will be hard for you to argue against the truth: America was founded on caste — a rigid, deity-inspired demarcation of a group’s role in society, which continues to this day. If we are going to join forces to fulfill the premise of America, we need to understand that this premise was a lie for too many people. And the time to junk it once and for all is now.

About guns. I have hated and feared guns since I was old enough to outgrow a boy’s fascination with them. I recall how easy it would have been to rectify a toxic work situation by using a firearm, and how horrified that sense of power made me feel. But my wife, Lisa, and I have discussed — seriously — whether we should buy one. I don’t fear angry Black protesters descending violently on my neighborhood, which has propelled so many on the right to pack heat. Rather Lisa and I share the apprehension of a White House lauding a 17-year-old from Illinois traveling to Kenosha, Wisconsin, to shoot down demonstrators. And armed Trump supporters intimidating voters at polling places.

Americans have no patience. Melbourne, Australia, just emerged from a 111-day lockdown that kept businesses shuttered and people inside their homes, under penalty of fines. As a result, the 24-hour COVID infection rate in Melbourne’s Victoria state is zero.

Can you imagine Americans putting up with one hundred eleven days of lockdown? While some communities, like El Paso, Texas, have reinstituted restrictions, they are nowhere near what public health experts are advising. So rather than reducing the number of COVID-caused hospitalizations and deaths, experts are forecasting carnage. Dr. Anthony Fauci, America’s most trusted health expert, warned Saturday of 100,000 infections a day without effective restrictions. Two hundred thirty thousand have died in this country, and the death rate is rising. But hey — can’t pass up last call.

What to watch Tuesday. Don’t know about you. But Lisa and I intend to play with our boxer, watch old comedy films, drink beer and keep away from the news. Americans will choose. And history will have its eyes on us.