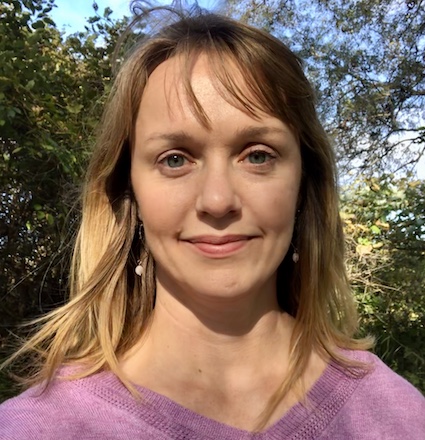 Iowans deserve a plan from MidAmerican to phase out coal

Katie Rock is the campaign representative in Iowa for the Sierra Club's Beyond Coal campaign, based in Des Moines. You can follow the effort on Twitter at @IABeyondCoal and @KatieRockIA. -promoted by Laura Belin

This year has pushed us all to reconsider what it means to be a safe, resilient and just community in the 21st century. And while many of us anxiously look to the future, we should remember the tremendous opportunity we have to take control of our path today. It is time for our city of Des Moines to accelerate the transition to clean energy by passing a resolution committing to buying 100 percent renewable power by 2030.

MidAmerican continues to own and operate one of the largest coal fleets in the country right here in Iowa, selling coal-generated power for the benefit of their shareholders, while Iowans pay the price of the pollution to our air and water. The company currently owns more generation than it needs to reliably keep the lights on. The time has come for MidAmerican to walk its talk and make a plan to retire its coal fleet, starting with its most uneconomic plants.

A switch to 24-7 renewable power offers a path for growth and prosperity in a time of unemployment and economic uncertainty. It offers better health and environmental justice through cleaner air during a respiratory virus pandemic. It offers resilience in the wake of natural disasters. And it presents an opportunity for our state capitol city to shine as a leader on climate. But in order to do all of this, we need to confront the utility that provides us our electrical power.

MidAmerican has refused our calls for a plan to phase out burning coal in Iowa. Our latest analysis, using MidAmerican’s own data, shows the company’s coal plants appear to be costing customers significantly more money than they earn. Specifically, George Neal North and South (near Sioux City), MidAmerican’s most uneconomic plants in Iowa, have lost $27.5 million for customers over the last five years. MidAmerican could retire both of those coal plants without needing to replace their generated power until 2023. Even better, customers would save $92 million in the process.

Iowa takes pride in its wind power. We can generate the energy we need to reliably and affordably power our homes through a clean energy portfolio that combines wind, solar, storage, energy efficiency and demand response. We do not need to haul in dirty, expensive coal from out of state.

MidAmerican requested and received approval from the Iowa Utilities Board in 2018 to add more wind generation to its portfolio. But that new wind is an addition to, not a replacement of, its existing coal. MidAmerican has chosen not to invest in solar and battery storage resources that could help balance times when the wind is not blowing. MidAmerican has refused to consider whether retiring its existing coal plants could save customers money in regulatory proceedings.

Iowans deserve a plan by MidAmerican to phase out its overreliance on expensive, polluting coal. Such efforts could be tied to any emissions targets for MidAmerican or its parent company Berkshire Hathaway Energy through a decarbonization plan. Instead MidAmerican remains one of the 20 largest utility companies in the nation with no climate commitment or emissions reductions target.

Iowans’ best interests lie in continuing to build on our legacy of leadership in clean energy. Big job creating companies like Google are increasingly demanding commitments to moving away from burning fossil fuels. As wind, solar, and storage prices continue to decline, the disparity between renewable and fossil fuel power will only grow over time.

As the market pulls towards renewable energy, we need to push away from dirty fossil fuels by committing to a 24/7 carbon free energy future by 2030. And there is no better place to start than right here and now in Des Moines.

Beyond Coal is a national campaign, led by the Sierra Club, to retire the U.S. coal fleet by 2030.

Top photo of Katie Rock provided by the author and published with permission.