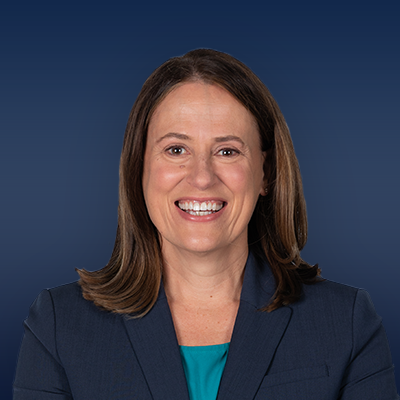 The perils of outside money

Author's Note from Strong Island Hawk: "Outside money" typically refers to super-PACs and dark money groups. "Independent expenditure only committees," more commonly known as super-PACs, have no limits on contributions from individuals but are prohibited from donating to candidates or "coordinating" with them on strategy or messaging. "Dark money" groups are essentially charities organized under 501(c)(4) of the IRS code and are not required to publicly disclose their donors. These "social welfare" groups can spend certain amounts of their annual budget on political activity. See Issue One's explainer.

Iowa Democrats are once again trying to figure out what went wrong after another election night full of defeats, including a loss for Senate candidate Theresa Greenfield. Greenfield was a weak candidate: she was yet another wealthy Des Moines real estate developer who was a political novice with no compelling message or agenda. And she was neither an electric speaker nor a sharp debater. But Iowans were never really given a choice.

Let’s be honest: Iowa didn’t choose Greenfield, Greenfield was chosen for Iowa. She won the primary thanks to millions in super-PAC money connected to Senate Minority Leader Chuck Schumer and his donor base. These big-dollar donors are executives, hedge fund managers and investors from Wall Street and Silicon Valley. She also had the support of powerful DC lobbyists and attorneys.

During the primary, I scrolled through Greenfield's campaign finance filings and noticed a few things: 1) a ton of money came from outside the state and 2) her real advantage came from super-PACs that sprung up at the beginning of the year to support Democrats in swing state races around the country.

If you look a little deeper at those super-PAC groups, you will also see that they are funded through massive multi-million dollar donations from billionaire Democratic king-makers. For example, Senate Majority PAC, which would go on to spend more than $41 million in the race, boasts a deep roster of Democratic mega-donors including Jim Simons, founder of the world’s largest hedge fund, Renaissance Technologies, as well as private equity titan D.E. Shaw and members of the Pritzker family, heirs to the Hyatt Hotel fortune.

According to Open Secrets, six super-PACs spent $1 million or more in the race to support Greenfield and/or oppose Senator Joni Ernst. In all, the total amount of super-PAC money on Greenfield’s side exceeded $63 million. That total doesn’t include the millions from special interest PACs, party and candidate-affiliated PACs, unions, hybrid PACs and 501(c) organizations (Open Secrets puts the combined total, super-PACs included, at $96 million).

Greenfield also had strong support from lobbyists and lawyers who donated directly to her campaign. In all, I counted more than $67,000 in contributions from lobbyists or government relations professionals, the vast majority of whom live in DC, Maryland, or Virginia. Many of these professional influencers were advocating for policies seemingly at odds with the Democratic platform. For example, she received $3,000 from Jonathon Jones of the prominent lobbying firm Peck Madigan Jones. He counts among his clients AstraZeneca, Merck & Co., BristolMyersSquibb, and the Pharmaceutical Manufacturers of America (PhRMA). In 2019 and 2020, Jones reported lobbying on drug pricing regulation on behalf of these companies and others.

The same goes for lobbyists like Sarah Egge, Tracy Spicer, Brian Pomper, and Jeffrey Forbes: all highly influential lobbyists who donated at least $2,700 to Greenfield’s campaign and all of whom lobbied on drug pricing legislation for Big Pharma in 2019 or 2020.

So, while Senate Majority PAC (a super-PAC) was running ads saying Greenfield would fight to lower prescription drug costs, she was accepting money from Big Pharma lobbyists who have zero interest in lowering prescription drug costs. And all the while she promised she would “not take a dime from corporate PACs.” It doesn’t matter if you’re refusing corporate PAC money when super-PACs are making six-figure ad buys for you.

Adding to the absurdity, Greenfield held an event with an anti-super-PAC group called End Citizens United which also supported her campaign by spending $2.4 million against Ernst.

Other candidates - and perhaps better candidates, like Franken and Graham, couldn’t overcome this big money advantage. Greenfield sailed to the nomination with nearly 48 percent of the vote.

Essentially, the Iowa Democratic Party allowed an outsider to come in and pick its Senate candidate for them. My theory is that Schumer saw Ernst’s poll numbers underwater for much of 2020 and thought that her unpopularity, paired with Trump’s, would mean a slam dunk for the Democrats. Maybe he thought that if he got his donors involved early, he could boost his chosen candidate who would then vote for him for Majority Leader and serve as a dependable (and pliable) foot soldier in the next Congress. Schumer didn’t want the best candidate for Iowa, he wanted the best candidate for himself. This was a critical error: if you can’t pick someone who can win, you won’t have the majority anyway.

The state party and the Greenfield campaign compounded the mistakes. Despite Iowa's Senate contest being one of the most expensive Senate races in history, the Democrats made the ill-advised decision not to knock doors, which in most election years is the strongest weapon in their arsenal. Yes, it was the responsible thing to do during a statewide coronavirus outbreak and Greenfield led in some polls. Nevertheless, that choice may have made the difference between taking back the Senate and leaving it in the hands of Mitch McConnell. The decision likely prevented Greenfield from picking up undecideds and independents and it probably dampened turnout among immigrant communities.

Meanwhile in Pennsylvania, the Democrats weren’t taking any chances. In the closing weeks of the campaign, Democrats offered canvassers as much as $32.50(!) an hour to get out the vote for Biden. It turned out to be money well spent and a risk that paid off.

Without the option of a ground game, the Greenfield campaign spent big on television ads. And they were, to put it nicely...not good. The ads didn’t attempt to tackle important issues facing Iowans like the pandemic and recession, tariff wars and climate change. This may sound like a harsh characterization but, all I got from her ads was that she has a twin sister and she played basketball.

The outside money followed Greenfield into the general election, but it was woefully ineffective. None of the outside ads called out Ernst for her silence on the countless GOP and Trump-driven scandals over the previous six years. (Children in cages? Deficit-exploding tax cuts? Two stolen Supreme Court seats?).

Senate Majority PAC did run an effective ad criticizing Ernst for sponsoring multiple bills that would allow health insurers to deny coverage to people with pre-existing conditions, but it didn’t seem to get enough play. LCV Victory Fund spent $2 million on an ad about how Ernst accepted hundreds of thousands of dollars from Big Oil despite the fact there are no oil wells in Iowa. While this might appeal to environmentalists and campaign finance reformers on the left, it likely did little to sway middle-class moderates because it’s an issue that does not affect Iowans directly.

Perhaps the worst ad from outside groups was a Senate Majority PAC spot knocking Ernst for...buying a condo in DC.

And despite the gobs of outside money on Greenfield's side, no one thought to put Ernst’s embarrassing debate answer on soybean prices into a campaign ad. That should have been a fatal mistake for a candidate running in a rural state with a robust agricultural economy. But the Democrats did not punish her for it. At all. Any other campaign would have pounced on the opportunity and turned it into a career-ending moment for Ernst. But neither the campaign nor the outside groups chose to exploit it. Instead, we got more goofy ads about basketball.

Ultimately, the outside money’s candidate lost. And that result likely cost Democrats control of the Senate.

"Strong Island Hawk" is an Iowa Democrat and political researcher based in Des Moines. Prior to moving to Iowa in 2018, he lived in DC for seven years, researching campaign finance, lobbying and ethics issues for one of the nation's top public interest groups. In 2018, he canvassed for Cindy Axne's run for the U.S. House, and in 2019 and 2020 he volunteered for Elizabeth Warren's caucus team and served as a precinct co-captain.