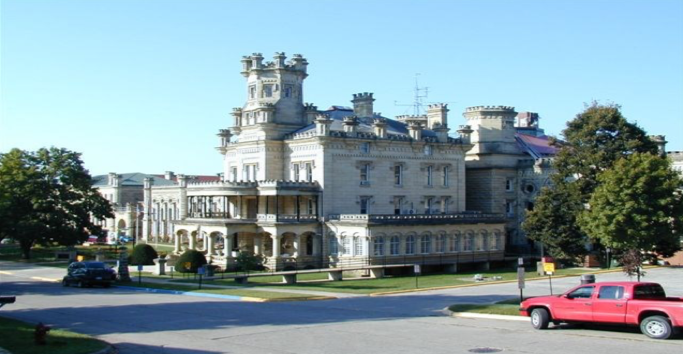 How prison abolition could save rural America

Casey Erixon: Mounting evidence suggests that prisons add little to local economies and may do more harm than good to the rural communities that host them. -promoted by Laura Belin

In the wake of the Democrats’ mixed success in the 2020 elections, many party elites have taken to blaming progressive activists, and Black Lives Matter organizers in particular, for costing the party votes in key rural areas. Most prominently U.S. Representative Abigail Spanberger was characterized as “speaking hard truths” when, on a post-election conference call with House leadership, she claimed that calls by activists to defund the police were used in attack ads against her and other candidates from so-called red districts.

These claims rest on two related and deeply misguided assumptions that have driven Democratic politics for nearly 30 years. The first is that rural voters are inherently and irredeemably conservative. It is argued that because of race, religion, and other cultural biases, rural voters will never support progressive politics.

The second assumption is that, given the conservative nature of rural America, Democrats must downplay or abandon our values in order to be competitive politically. Rather than providing leadership or engaging in persuasion, Democrats have mostly written off rural voters and focused their efforts on moderate suburbanites. But if we ever hope to build and maintain political power, the structural impediments of the U.S. Senate and the electoral college require us to make inroads with rural voters.

This work will not be easy. Rural communities have many reasons to be fearful of Democrats. Ever since the mid-1980s Democrats have embraced economic policies like free trade, austerity, and neoliberal reforms that dismantled the social safety net and seriously harmed the economic viability of small towns and family farms. Deindustrialization coupled with industrialized agriculture have turned many once-vibrant rural communities into proverbial ghost towns.

Growing up in rural western Iowa and visiting my family in rural Kansas, I’ve spent a good amount of time in small towns that are experiencing the tail end of a long slow death. Bipartisan economic policies destroyed many of the local businesses and essential civic institutions like schools and hospitals that once provided stability and identity for rural communities.

Iowa in particular has lost nearly 100 school districts to consolidation from 1970 to 2010 and the vast majority of our remaining school districts have well below the average number of pupils with 68% serving less than 1000 students. Meanwhile, a record nineteen rural hospitals closed nationwide in 2019 adding to a total of 120 rural hospital closures since 2010. Of the remaining 1,844 rural hospitals still in operation, studies have estimated that one in four are at risk of closure.

In a bygone era, Democratic politicians proposed massive public investments in programs like soil conservation and electrification, which provided rural communities with tangible material gains. In the face of modern economic devastation, Democrats have mostly been content to talk vaguely about expanding broadband access and training people to code.

However, there is one outlier in this trend, one area in particular where Democrats have been eager to spend public money in rural areas: the construction of prisons.

As agriculture has become industrialized and industry has effectively vanished from rural and small towns, the prison industrial complex has effectively become the only growth industry in many rural areas. Many rural residents must face every day the perverse irony of driving past shuttered hospitals and clinics, underfunded and consolidated school buildings, and brand-new state of the art prisons.

Between 1970 and 2000 the number of prisons in America grew from 511 to 1,663, and 70 percent of those prisons were built in rural communities. Though prisons are often hailed as drivers of employment and economic development by politicians and policy makers, mounting evidence suggests that the facilities do not add much to local economies and may do more harm than good to the rural communities that host them, to say nothing of the distance and disenfranchisement that impacts the urban communities their inmates disproportionately hail from.

Angela Davis has written persuasively about how the prison building boom in the 1980s was a “means of concentrating and managing what the capitalist system had implicitly declared to be a human surplus.” For many rural residents today, who are barely hanging on by a thread or who have been forced to migrate to larger population centers in search of work, the idea of being a “human surplus” should not be hard to empathize with.

This reality presents abolitionists with a unique opportunity. If we can find ways to communicate with rural communities that host these prisons, we can work together to imagine a world without prisons that allows for healing, growth, and sustainability in all kinds of communities. Radical abolitionists in the 1860s knew that ending slavery was about more than the particular circumstances of forced labor. They also fought to abolish the broader economic system that was predicated on hierarchy and exploitation. As such, abolitionists fought not just for freedom, but for vast new systems of public education and egalitarian land reforms aimed at eradicating the elite planter class. We must learn from their example.

An abolitionist perspective that brings rural communities into the conversation to address their challenges has the potential to be powerfully transformative. Struggles like those in Chicago to divert $95 million from the construction of a new police academy into the preservation of neighborhood schools could be paired with campaigns in rural areas to divert funding for prison construction into new funding for rural clinics and other healthcare services.

It is time to acknowledge that prisons are no more a solution to the social and economic crises facing rural areas than they are to the crises facing urban areas. We must present rural communities with an entirely new model of what the government can do; instead of merely building prisons we must commit to building schools, medical clinics, libraries, and nursing homes.

We must also reckon with the environmental and economic damage that has been done to rural communities by massive industrialized agriculture and give rural residents and indigenous peoples the power to chart a new sustainable course for their land. Policies like the Green New Deal and Medicare for All could be powerful drivers of these changes and lead to a drastic political realignment in this country. The only thing standing in our way is the intransigence of the Democratic Party leadership.

Casey Erixon is a kitchen worker who was born and raised in rural western Iowa and now lives in Des Moines. 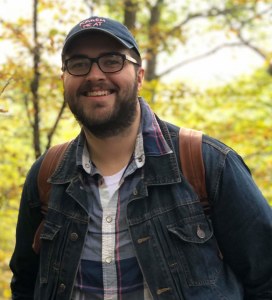