As fundraising emails go, the message State Auditor Rob Sand’s campaign sent around 10:00 am on March 20 was nothing special. It began this way:

Even though it’s an off-year for us, it is still important to show our campaign is viably powered and the supported choice to move Iowa forward.

While re-election is still many months away, our campaign is already hard at work building the critical infrastructure needed to ensure re-election.

A “corrected” version arrived about an hour and 20 minutes later.

Even though it’s an off-year for us, it is still important to show our campaign is viably powered and the supported choice to move Iowa forward.

While election day is still many months away, our campaign is already hard at work building the critical infrastructure needed to ensure a win.

“Spot the difference,” joked Gavin Aronsen of the Iowa Informer.

Sand’s term as state auditor runs through 2022. He said late last year he might seek re-election or run for the U.S. Senate or governor. He didn’t lay out a timeline for a decision.

In Iowa Democratic circles, Sand is widely viewed as more likely to challenge Governor Kim Reynolds, while retired Admiral Mike Franken is seen as a potential contender for Senate, especially if Senator Chuck Grassley retires. Franken was runner up in Iowa’s 2020 Democratic Senate primary and recently confirmed to political reporter James Q. Lynch that he’s talking with Democrats around the state about a possible Senate bid.

The latest Iowa Poll by Selzer & Co for the Des Moines Register and Mediacom found Reynolds’ approval rating had slipped from 56 percent in June 2020 to 46 percent early this month. Asked whether they would like to see the governor run for another full term, 52 percent of respondents said they hoped she won’t run, while 41 percent hoped she will. Grassley’s 48 percent approval rating was the lowest measured in this poll since 1982; 55 percent of respondents said they hope the senator will not seek another term in 2022, while 28 percent hope he will run again.

Selzer sampled Iowa adults, not registered voters or those who have participated in midterm elections. For reasons Bleeding Heartland discussed here, the structure of Iowa’s 2022 electorate will likely favor Republicans.

Appendix: Screenshots of emails from Rob Sand’s campaign on March 20 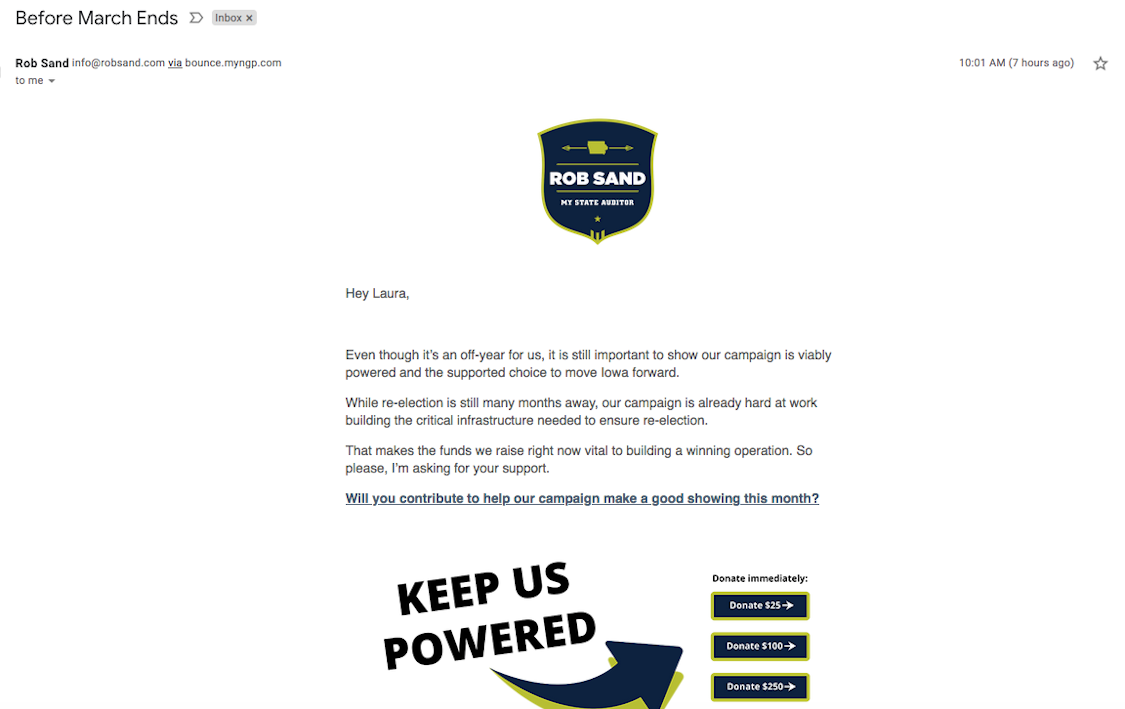 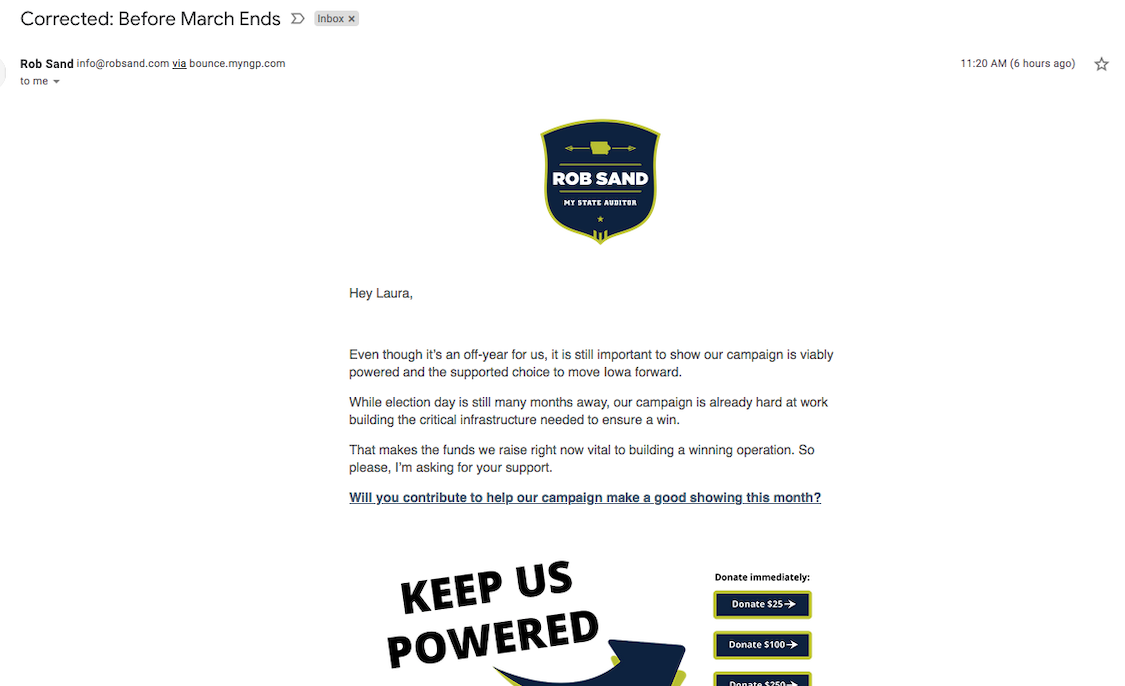