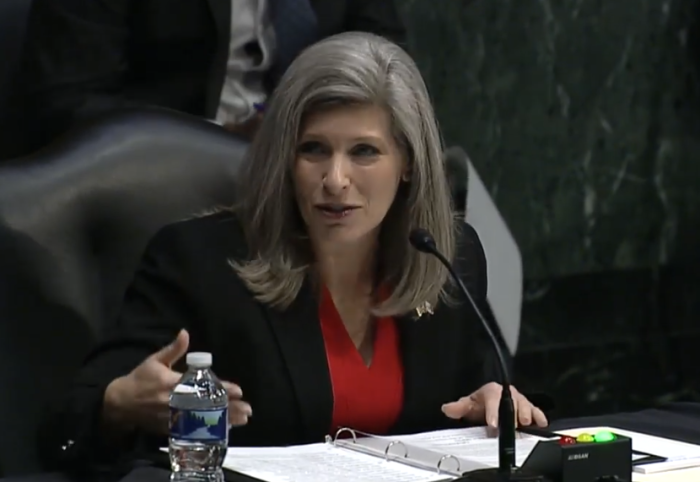 Joni Ernst voted against more than half of Biden's cabinet

U.S. Senator Joni Ernst has voted against confirming twelve of President Joe Biden's cabinet appointees, a majority of the 23 cabinet officials who are subject to Senate confirmation. Senators have confirmed 21 cabinet members; Eric Lander is awaiting a vote as director of the Office of Science and Technology Policy, and the president has yet to announce a replacement for Neera Tanden, who withdrew her nomination to lead the Office of Management and Budget.

Iowa's senior Senator Chuck Grassley has voted against five of the 21 cabinet members confirmed so far.

Both of Iowa's senators have voted for nine of the Democratic president’s picks:

In addition, on March 23 Ernst was among 37 Republicans to vote against confirming Shalanda Young as deputy director of the Office of Management and Budget, a position one step below cabinet level. Grassley was a yes on Young.

Ernst's office has released only one statement explaining a vote against a Biden appointee (Environmental Protection Agency administrator Michael Regan). Her staff have not responded to Bleeding Heartland’s inquiries seeking insight about her general approach to evaluating prospective cabinet members or her reasons for opposing certain officials. In communication with other reporters, staff said Ernst's no votes on Haines and Blinken were grounded in her concerns about the multilateral Iran deal.

Some Iowans have received letters or emails explaining Ernst's position after contacting the senator's office about a confirmation vote; readers are encouraged to share those communications with Laura Belin.