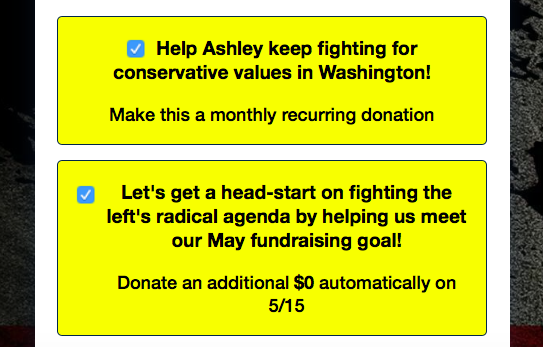 Some donors contributing to Hinson online are taken to a page that has recurring donation options pre-selected.

Like many campaigns from both parties, Hinson uses pseudo-surveys to steer people to fundraising pages. This tweet picked up on Hinson's favorite sound bite about President Joe Biden's recent speech to members of Congress. 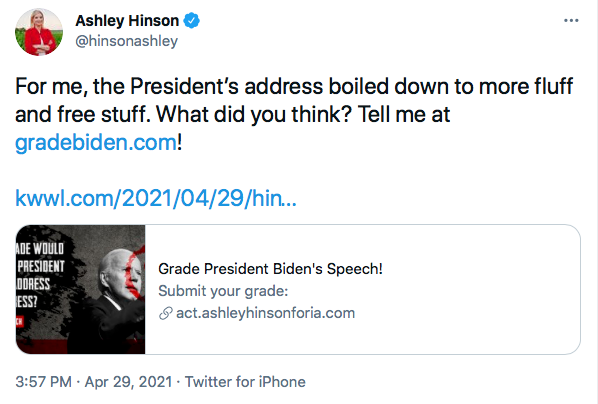 Clicking through takes you to a page on the Republican site WinRed where you can provide contact information and give Biden's speech a letter grade (F is the default option). 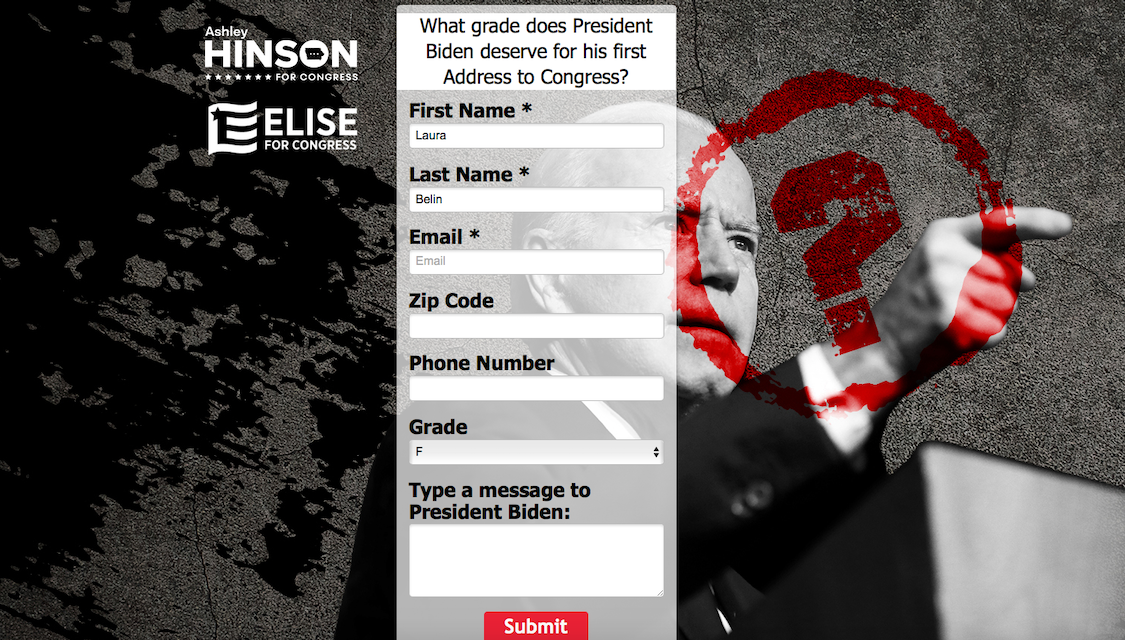 After submitting the information, this page shows up. Yellow boxes are already checked to approve a recurring monthly gift as well as an additional contribution on May 15. The Trump campaign pioneered this kind of "money bomb" in 2020. Governor Reynolds' campaign has been changing the "money bomb" date about every two weeks. 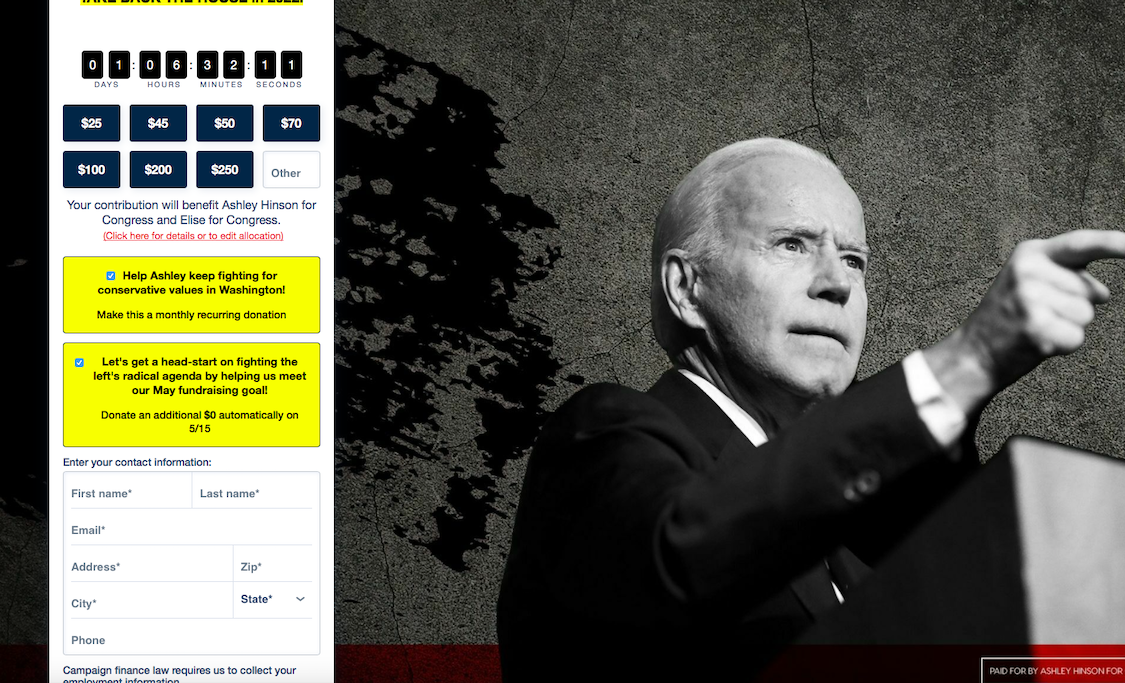 If the donor notices, they can uncheck those boxes. 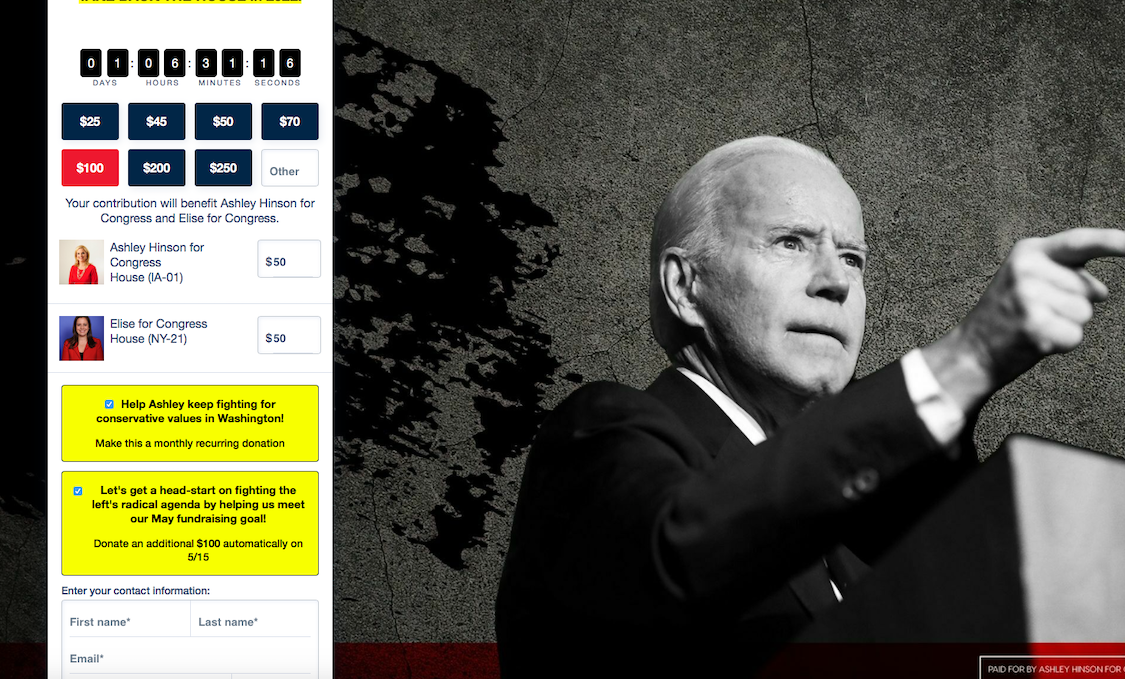 Worth noting: the main fundraising page linked from Hinson's campaign website, which uses the Anedot tool for online donations (rather than WinRed), defaults to a one-time contribution. Donors can check a box to "Make this a Monthly recurring donation." 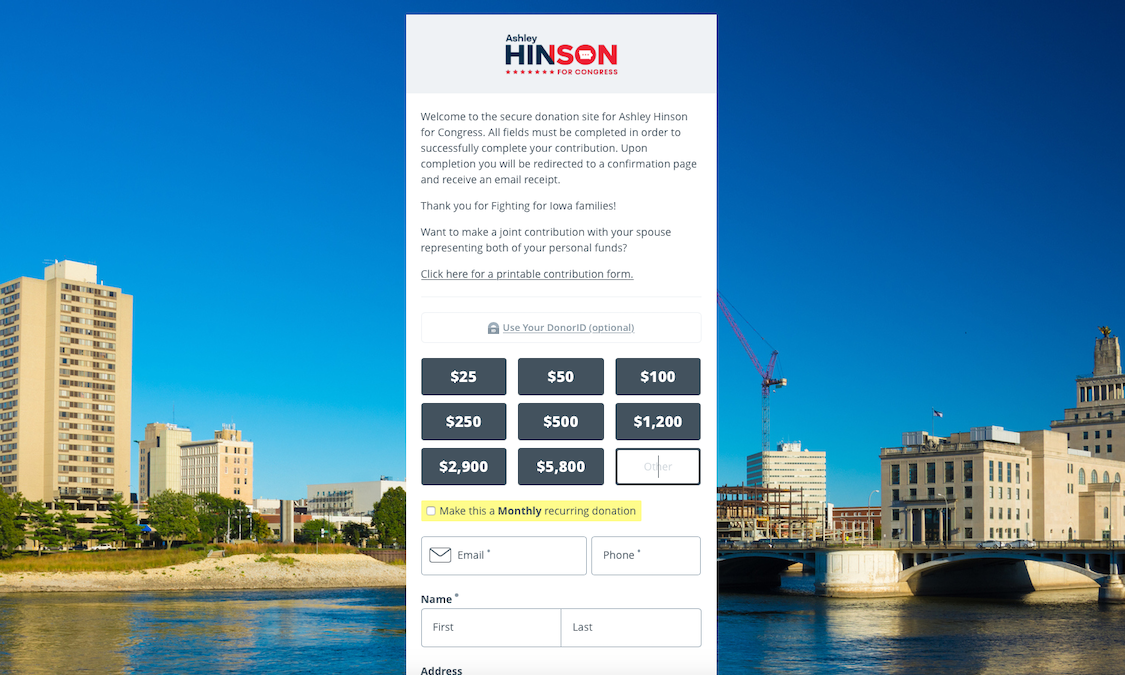 Representatives of Hinson's campaign did not respond to emailed questions about the WinRed fundraising approach.

Trump's campaign used pre-selected recurring gifts in 2020 to break online fundraising records, but not all supporters realized they would be charged more than once. As the campaign began collecting more frequently, the tactic prompted many fraud complaints and refund requests.

The dominant online fundraising tool for Democratic candidates, ActBlue, allows campaigns to edit a page to make recurring donations the default option. However, Bleeding Heartland's review of many ActBlue pages supporting Iowa Democratic candidates did not turn up any with the monthly gift pre-selected.

Have you seen other Iowa candidates or elected officials use a pre-checked box for repeat contributions on their fundraising pages? Please contact Laura Belin confidentially with details.