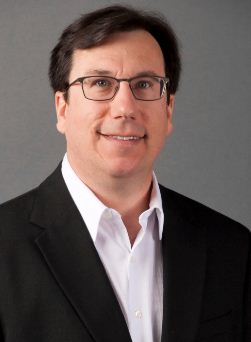 Unemployment insurance is not the problem

I work as a trainer, primarily for Unemployment Insurance, for Iowa Workforce Development. Between May and September 2020 I received unemployment benefits, having been riffed from my corporate job due to COVID-19.

Some facts are left out of the discussion around ending the $300 federal contribution to weekly benefit checks for Iowa recipients. Governor Reynolds and others insinuate – without much evidence – that these federal supplements to unemployment insurance are a disincentive to people returning to the workforce.

A. In order to receive any federal supplementary unemployment benefits or CARES Act pandemic extensions (which are being phased out), including the $300 weekly bump cited above, one must first be a claimant receiving state-based Unemployment Insurance.

B. In order to qualify for Iowa UI, one must have worked and earned sufficient wages in four of the five calendar quarters prior to their filing for unemployment, and in numerous other ways demonstrate a “substantial connection to the workforce.”

Claimants must also be “able and available” to work, and willing to accept suitable work when offered or risk termination of benefits altogether. They must file a continued weekly claim in which they affirm under penalties approaching that of perjury that they were able and available, and have not refused an offer of suitable work each week in order to continue receiving benefits. Most must also affirm they have made a minimum of two work search contacts in that week, and are subject to audit at any time to verify these work searches.

At the height of the pandemic, the state waived those requirements. They were reinstated last September and are fully in force now.

C. UI benefits typically end in 26 weeks, or when the claimant’s Maximum Benefit Amount is exhausted. That amount is calculated using the wages the claimant earned during their “base period,” with the State’s Average Weekly Wage (recalculated each July) as a benchmark.

D. Many if not most unemployment claimants never receive their full Maximum Benefit Amount within a benefit year. If they fail to make their weekly filing four weeks in a row for any reason, their benefits terminate.

If they work and earn wages in excess of their pre-calculated Weekly Benefit Amount (normally a fraction of their former wage or salary) four weeks in a row, their benefits terminate.

If fraud is suspected, their benefits terminate.

Any of those termination reasons would also end any federal dollars added to their Weekly Benefit Amount.

E. Although the 50 States and U.S. territories have some latitude on how unemployment insurance operates in their jurisdictions, it is essentially a federal program, subject to the same Department of Labor regulatory framework.

In short, there are many reasons employers are having a difficult time filling jobs which, pre-COVID, would have been more attractive primarily to lower-skilled and lower-wage workers.

I suspect the pandemic has taught some folks they are more valued than they realized. They are now less willing to take jobs which put them at risk, selling the hours of their lives cheaply, to serve the pleasure of the more affluent and comfortable.

Schlepping burgers and beer, caring for other people’s children or their elderly, all at an historically inadequate minimum wage, while being subjected to contempt and ridicule, is not attractive.

Workers will come back when we put our money where our mouth is.

Other reasons for this apparent, overblown, and likely short-lived labor shortage may include an aging population that is barely growing enough to maintain Iowa’s four Congressional districts and hardly increasing at all in younger demographics.

To sum up, the case has simply not been made that unemployment insurance is a significant factor in employers’ hiring problems.

Jeff Clothier is a Learning and Development professional living in Des Moines. Top photo of the author published with permission.