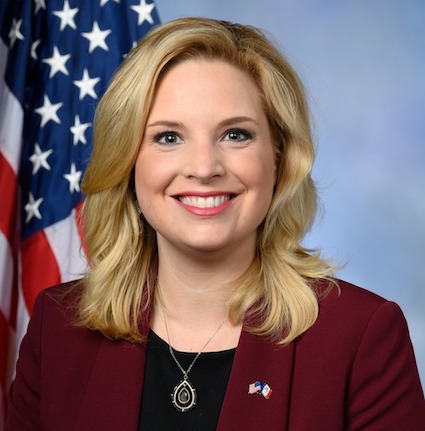 Hinson was for January 6 commission before she was against it

U.S. Representative Ashley Hinson (IA-01) supported legislation early this year to create an independent commission to investigate the attack on the U.S. Capitol, but voted against a similar bill this week.

The Davis bill from January envisioned a similar commission to the one in the Thompson-Katko bill, with five expert members appointed by each party, the same power to issue subpoenas, and a final report with “recommendations for corrective measures.” Both bills are modeled on the legislation that established the Sept. 11, 2001, terrorist attacks commission.

Delaney noted some “small differences” between the proposals. The one Hinson co-sponsored gave the commission 18 months to complete its work, while the bill approved this week requires a final report to be issued by December 31, 2021. In addition, “The House-passed bill disallows current officeholders from serving on the panel, but, in a break from the 9/11 commission model, the Republican bill would allow the appointment of two members of Congress, giving Republicans an opportunity for sabotage.”

Hinson said in a statement about her vote on May 19,

“I believe we need to get to the bottom of the attack on the Capitol on January 6th through a nonpartisan investigation, but I will not vote in favor of launching this commission while the Department of Justice, Department of Homeland Security, and the FBI have ongoing investigations. The commission should have been instructed not to interfere with ongoing law enforcement investigations to ensure that those responsible can be held accountable and prosecuted to the fullest extent of the law.”

However, the earlier bill Hinson co-sponsored had no such limitation. On the contrary, it stipulated, “The Commission shall meet and begin the initial operation of the Commission as soon as practicable.”

Hinson’s staff did not immediately respond to an inquiry about the representative’s change of heart. I will update this post as needed. House GOP leaders had whipped members to vote against the bill brought to the floor this week.

As Bleeding Heartland previously reported, Representative Mariannette Miller-Meeks (IA-02) was among the 35 Republicans who voted on May 19 to create the bipartisan commission to investigate the January 6 events. Records show she co-sponsored the Davis bill in early February.