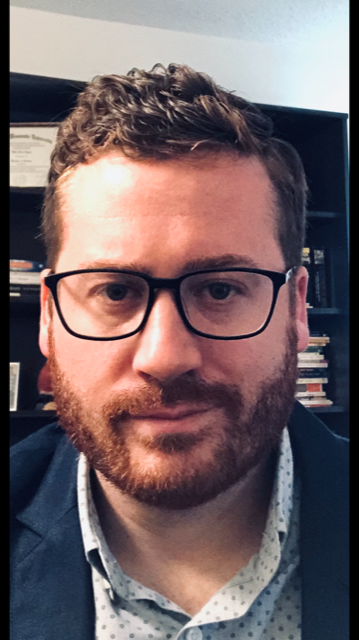 John Tyson is a Mennonite pastor. He lives in Waukee. -promoted by Laura Belin

I am the pastor of a church in Des Moines that played a major role in Governor Robert Ray’s resettlement of Tai Dam refugees in Iowa in the 1970s. Although some Iowans voiced familiar concerns that new arrivals would take away jobs, Ray persisted regardless of political risk.

To justify his humanitarian welcome of refugee families, he put a stake in moral ground: “I didn’t think we could just sit here idly and say, ‘Let those people die’. We wouldn’t want the rest of the world to say that about us if we were in the same situation…Do unto others as you’d have them do unto you.”

This is moral language in defense of policy – and from the vantage point of 2021, it is jarring to see it coming from a Republican.

When faced with a similar humanitarian crisis on the southern border, today’s Republican Governor Kim Reynolds responds by saying “not our problem.” That phrase could be a summary statement for the GOP’s present platform toward teachers, health care workers, and vulnerable children and families reeling from the COVID-19 pandemic.

Reynolds’ response is a microcosm of a national political reality now fully manifest in the state of Iowa. In their embrace of Donald Trump and the ongoing performance and policies of Trumpism, the Republican Party has ceded the moral ground of our politics.

You may question whether the modern GOP ever possessed the moral ground of our politics, but they at least tried to stake it out in earnest. I witnessed this effort growing up in a large evangelical church in the Philadelphia suburbs during the early George W. Bush years. As he employed the rhetoric of compassionate conservatism, Bush painted himself the moral candidate of the moral party, tightening the GOP stronghold in suburbs and churches, while making new inroads among Hispanic voters.

Bush rode his rhetoric of tasteful, compassionate conservatism to victory. In many ways, he fulfilled the political aim of the Moral Majority and the religious right movement of the 1980s and 1990s – solidifying evangelicalism as a force in American politics.

However, compassionate conservatism as a governing philosophy never took root in the Bush White House – and its rhetorical style has been replaced by the grotesque vocabulary of Trumpism. Knowing that support for Trump would bring obvious charges of hypocrisy for the party of morals and family values, evangelical leaders, like the disgraced Jerry Falwell Jr., abandoned early evangelical favorites like Ted Cruz and rushed to launder Trump for their Christian constituents – and it worked.

Evangelicals and Christian conservatives overwhelmingly support Trump and the direction of Trump’s GOP despite its total abandonment and mockery of compassionate conservatism, morals, and traditional family values formerly held dear. Under Trumpism, the GOP is now a party that George W. Bush recently described as “nativist”; a party that censured Cindy McCain; a party that boos Mitt Romney. Trumpism is about getting and keeping power, full stop. Once ascendant two decades ago, compassionate conservatism as a governing philosophy and rhetorical style is dead – and its defenders, shunned.

As the Republican Party consolidates around Trumpism, it will remain strong among evangelical Christian voters. But in accepting that devil’s bargain, Republicans have ceded the moral ground of our politics.

Herein lies an opportunity for Democrats to fill the gap by staking out new moral ground in our politics. Democrats can shift the moral conversation from an old paradigm centered in traditional family values and redefine it as a conversation about how Democratic policies move society in a more just, equitable, and compassionate direction.

I was struck by how Pete Buttigieg referred to his faith as he spoke about his moral vision in speech after speech on his way to winning the Iowa caucuses. In Georgia, Reverend Raphael Warnock built upon the history of the Black church, while drawing a connection between the principles of his faith and the principles of Democratic policies in his successful U.S. Senate campaign.

Locally, I am represented in the Iowa Senate by Sarah Trone Garriott, a Lutheran minister who tirelessly stands up for her constituents marginalized by harsh Republican policies. There are other examples. And there will be many more to come – if Democrats can elevate candidates who not only support compassionate Democratic policies but also defend them with a clear moral language, as Robert Ray once did.

There may be few better places for Democrats to boldly stake out moral ground than in the state of Iowa. Face it: As rural communities consolidate with the Trump GOP, the deck is stacked heavily against Iowa Democrats in statewide races. Even genuine Democratic appeals to common-sense, old-school, blue-collar rural farm communities will likely fall short in these conditions--in no small part because evangelicalism and Christian conservative media continue to declare Trump and Trumpism the last the line of defense against liberal cultural hegemony.

That message is widespread and widely shared in places where Democrats must find votes to compete in Iowa. Even a policy, such as a $15 minimum wage, which ostensibly improves a person’s life, will not garner a vote if that person is told repeatedly that civilization as we know it will end if Democrats take power. Policy itself is not enough to persuade. Democrats need to raise the stakes and speak in a moral language, too, in defense of policies that broaden justice and equity in our society.

Compared to nationwide trends, Iowa remains a highly religious state. Even if voters do not attend a religious service regularly, they are still likely to be familiar with the language of morals and values dispersed by traditions of faith. Given the blunt moral hypocrisy of Trumpism, Democrats can seize on an opportunity to communicate our popular policy proposals from within a moral framework. Democrats who communicate how their policy vision comes from a place of moral conviction and compassion may resonate with more Iowans across the spectrum because they are speaking in a familiar language about what is right and what is wrong in our state.

The takeaway from this piece shouldn’t be that Democrats must select candidates who are persons of faith. Rather, I am suggesting that Democratic candidates may find more inroads in Iowa's red communities if they can speak passionately about how their ideas, and who they seek to be in office, comes from a place of true moral conviction and compassion. Perhaps we will find just enough voters who find that refreshing, feel the hypocrisy of Trumpism deep down, and wish to return to a politics where the moral ground truly matters.

Top photo of John Tyson provided by the author and published with permission.