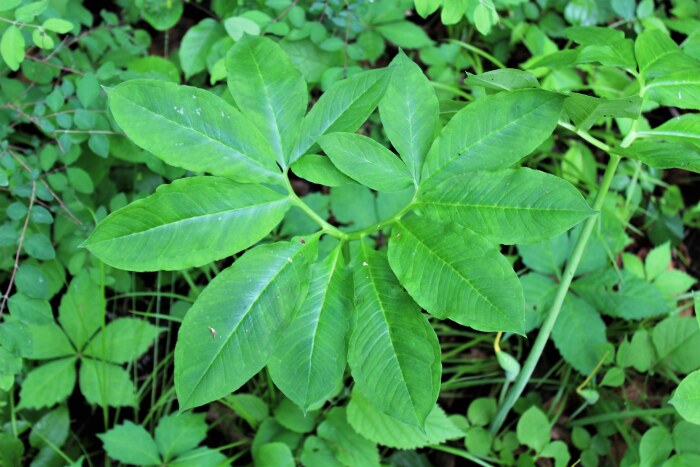 Marion County Naturalist Marla Mertz presents an unusual plant native to most of the U.S. east of the Rocky Mountains. You can view Marla's past contributions to Bleeding Heartland's wildflowers series here. -promoted by Laura Belin

There be dragons out in our Iowa woodlands! Many of us who like to walk the woodland trails and explore are probably familiar with Jack-in-the-pulpits. Jack has a lesser-known cousin. The Green Dragon (Arisaema dracontium) appears to be a tropical, exotic plant with its bloom hidden with surrounding foliage. This fragile plant has been known to be quite rare, but I feel that is changing within our landscape.

The first part of the scientific name comes from the Greek words aris, a kind of arum, and haema, meaning “blood”. Dracontium is from the Latin meaning “of the dragons," probably because of the deeply divided leaves.

Green dragon is a native perennial herb and can be found throughout Iowa, except in the northwest. The plants grow in fertile, slightly acidic, and moist soil within shady woodland areas that are protected from livestock.

The photos enclosed below were taken at Cordova Park, on the north side of Lake Red Rock in Marion County along the Karr Trail.

Good resources on green dragon include the book Wildflowers of Iowa Woodlands by Sylvan T. Runkel and Alvin Bull and the Illinois Wildflowers website.

A few fibrous rootlets branch from clusters of corms. The corms provide the food storage necessary for overwintering. Green dragons grow to 3 feet or more tall. Each stem is topped with one compound leaf, but it appears as though there are more, with seven to fifteen leaflets arranged in a semicircle.

Each segment is lance-shaped, can be 3 inches to 10 inches long and less than an inch to 4 inches wide. The leaf segments are smooth and shiny and have smooth margins. Some say the leaflets look like a dragon’s claw coming out of the ground. Others have noted that a side view of the plant evokes a silhouette of dragon wings, with the central leaflet setting a bit lower and appearing as the “head” of the dragon. 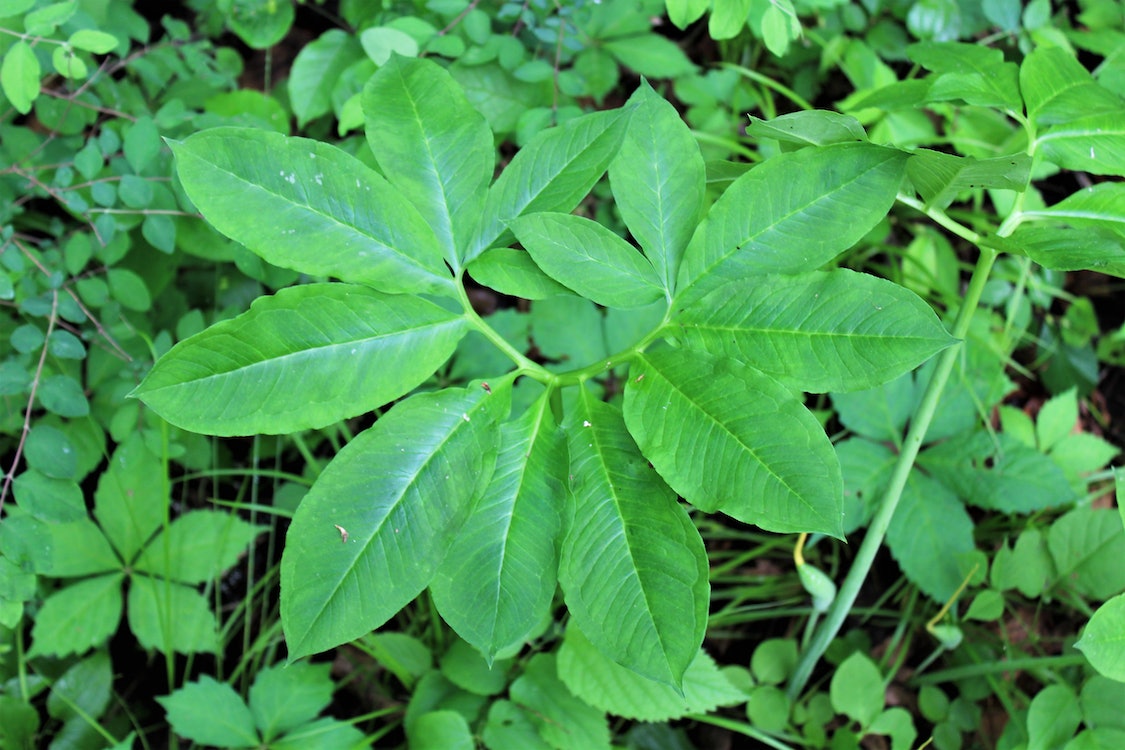 The yellowish-green sheathed flowers appear in late April and May. The lower part is wrapped in a tube-like green spathe, which looks similar to a calla lily. A long and slender tail-like yellow spadix extends up to 8 inches upward from the top of the spathe. Some say the spadix resembles a faint breath of fire exhaled by a dragon head, which is represented by the spathe.

Tiny flowers on the spadix are male above, female on the lower part (within the calla lily like sheath). 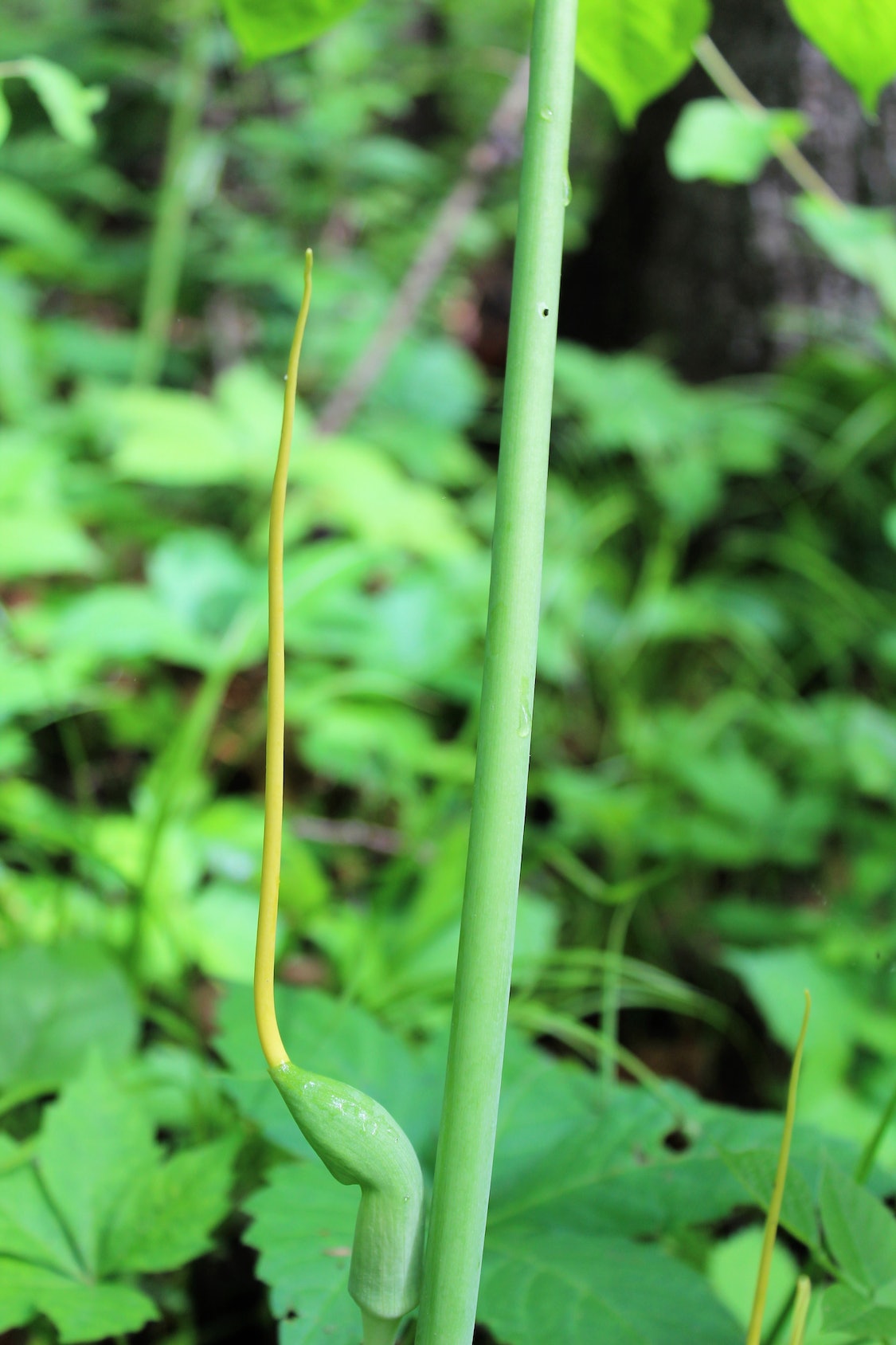 Two older plants and a few younger on the left. 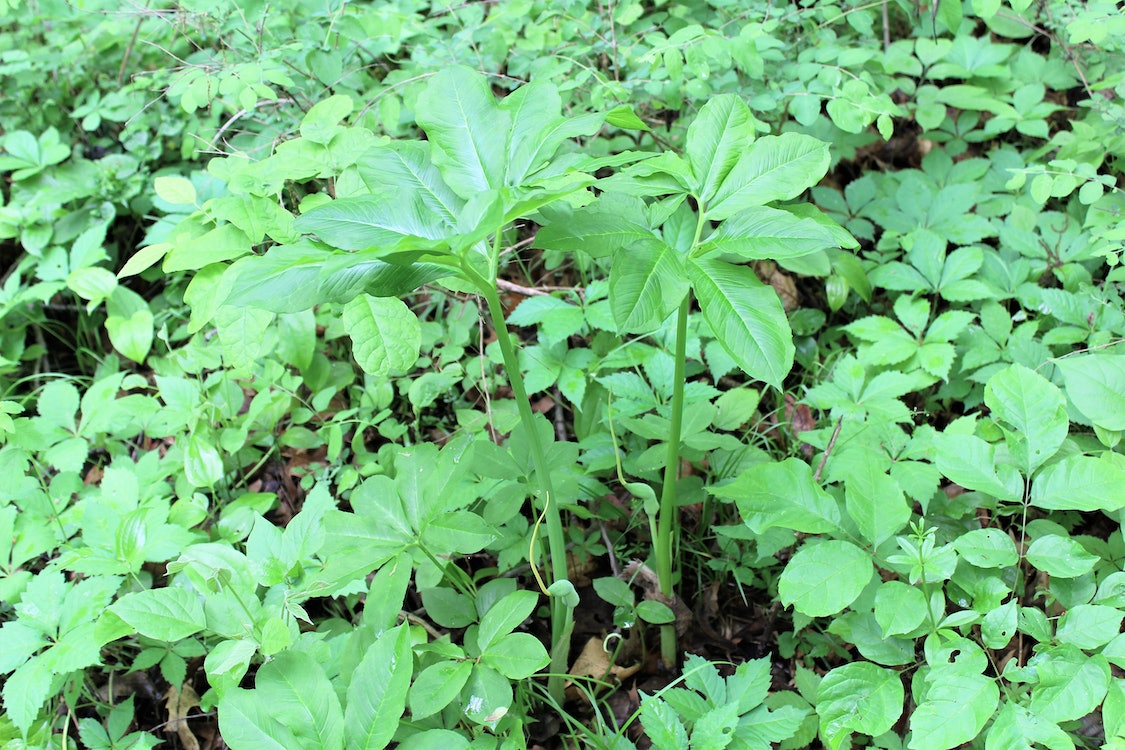 The dried flower and seeds beginning to form are visible in this photograph, taken on June 7. 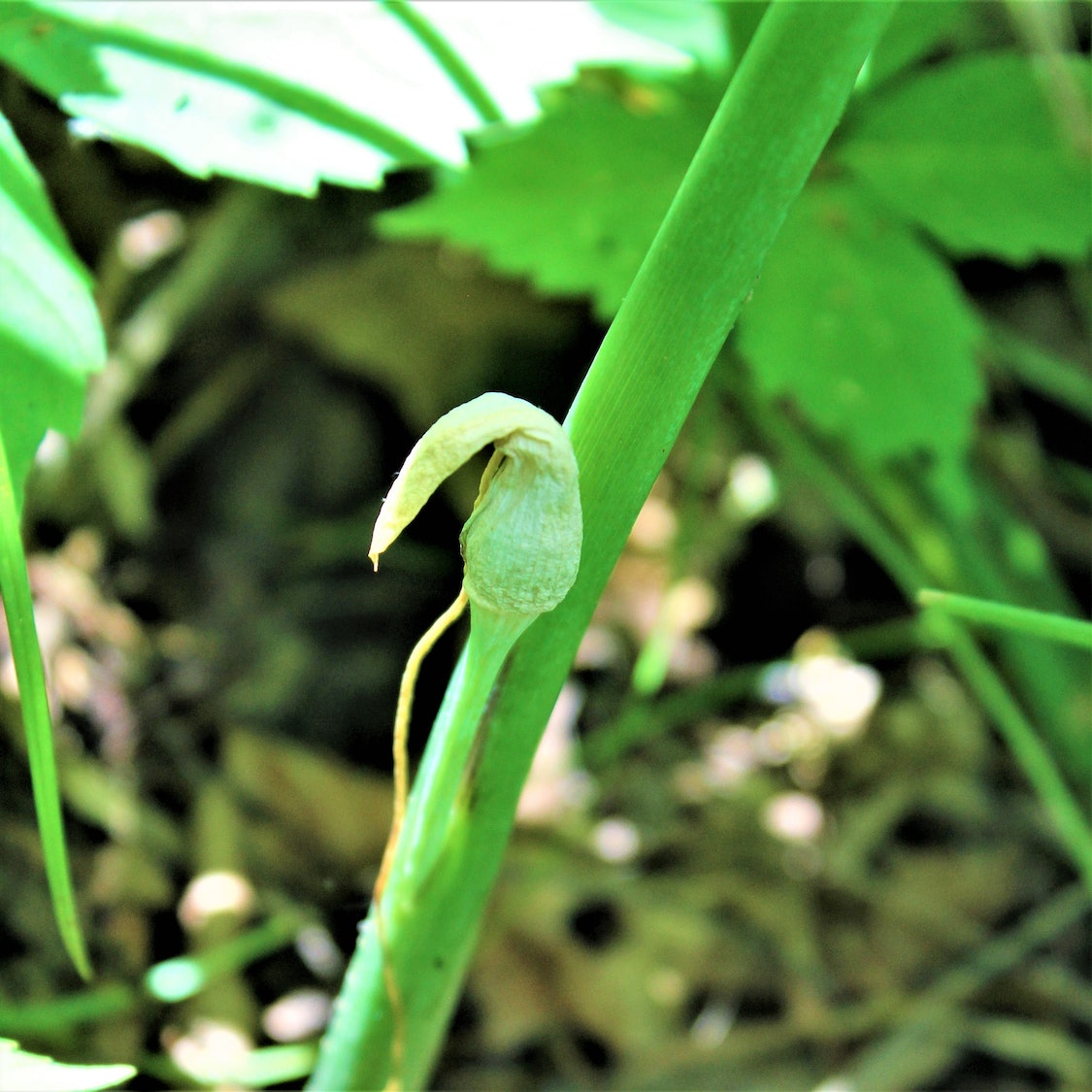 Fertilized female flowers develop into shiny green fruits which ripen to a flaming red/orange in the fall. Each fruit contains one to three seeds. A land snail is attached to the developing fruit in this picture. 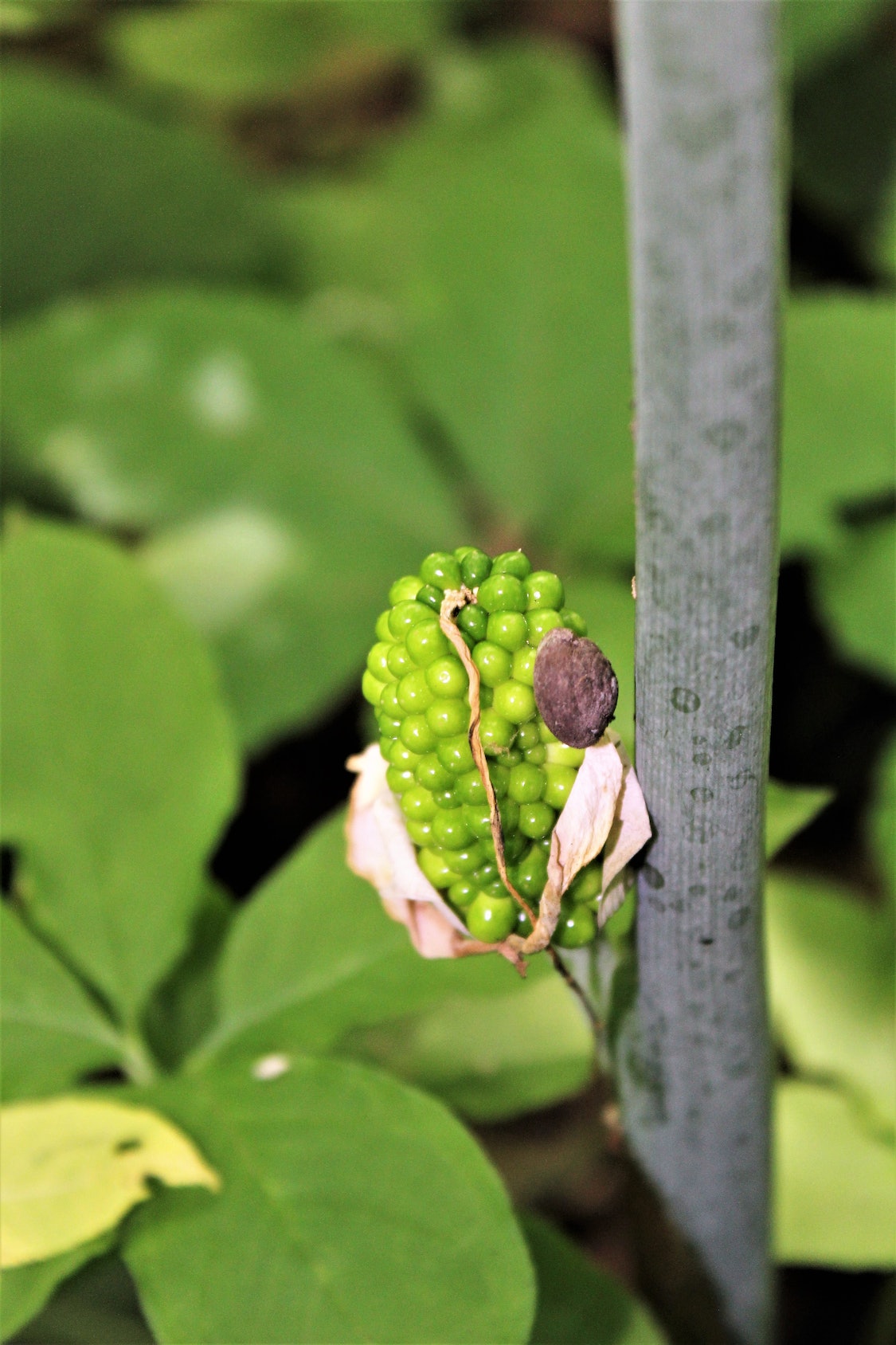 The fruit cluster is quite showy, resembling that of Jack-in-the-pulpits. It seems to attract pollinators, and birds seem to feed upon the ripened red/orange berry, but the deer typically do not bother. 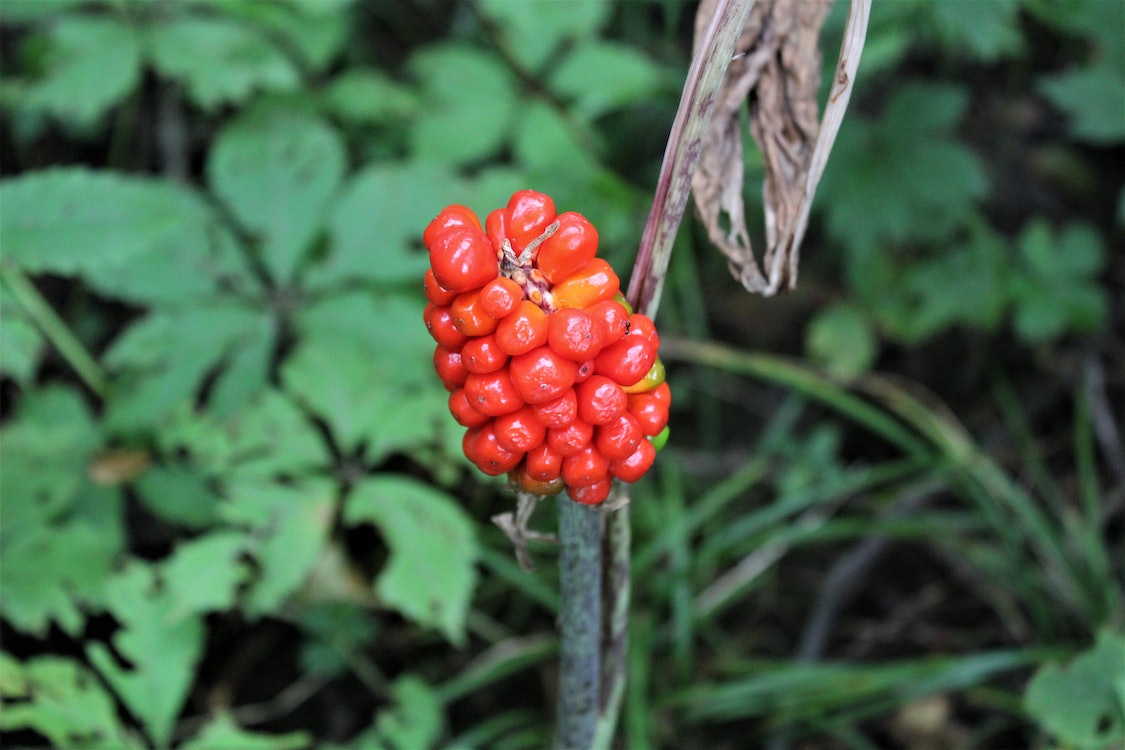 As with Jack-in-the pulpit, green dragon is poisonous to humans. Native Americans once used this herb (namely, the corms), but learned how to properly dry to remove the unpleasant after-effects by decomposing the concentration of calcium oxalate.