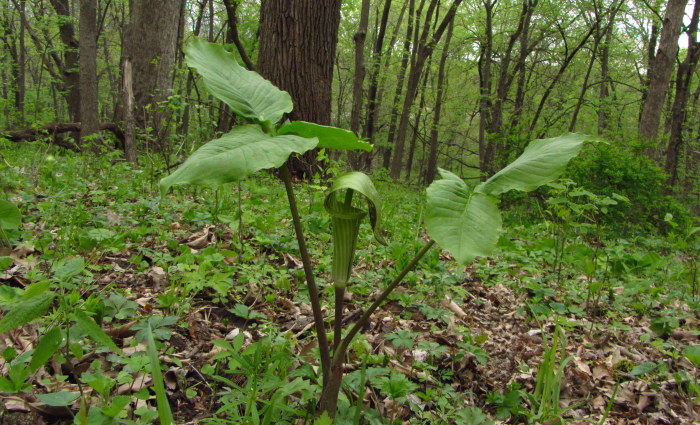 Bleeding Heartland's wildflower series might never have existed if not for this week's featured plant. In May 2009, Elizabeth Hill took my family on a nature hike at Whiterock Conservancy and pointed out lots of spring flowers in bloom. On the way home, I asked my kids what their favorite part of the visit was. My three-and-a-half year old said "those Jack flowers."

Jack-in-the-pulpits were among the few native plants I could identify at that time. My son was excited to learn we had some growing near our Windsor Heights home. That spring and summer, we started looking more closely at the wildflowers in our neighborhood and along local bike trails. Over the next several years, he and I learned the names of more flowers we saw on our walks.

When I launched Iowa wildflower Wednesday in 2012, I didn't realize this hobby would eventually occupy so much of my time. While I enjoy learning to identify new plants every year, there is a special place in my heart for the ones I could pick out as a child.

Once you've seen Jack-in-the-pulpits (Arisaema triphyllum), you cannot mistake them for any other plant. They are native to most of North America east of the Rocky Mountains and common in wooded areas or shady hillsides. 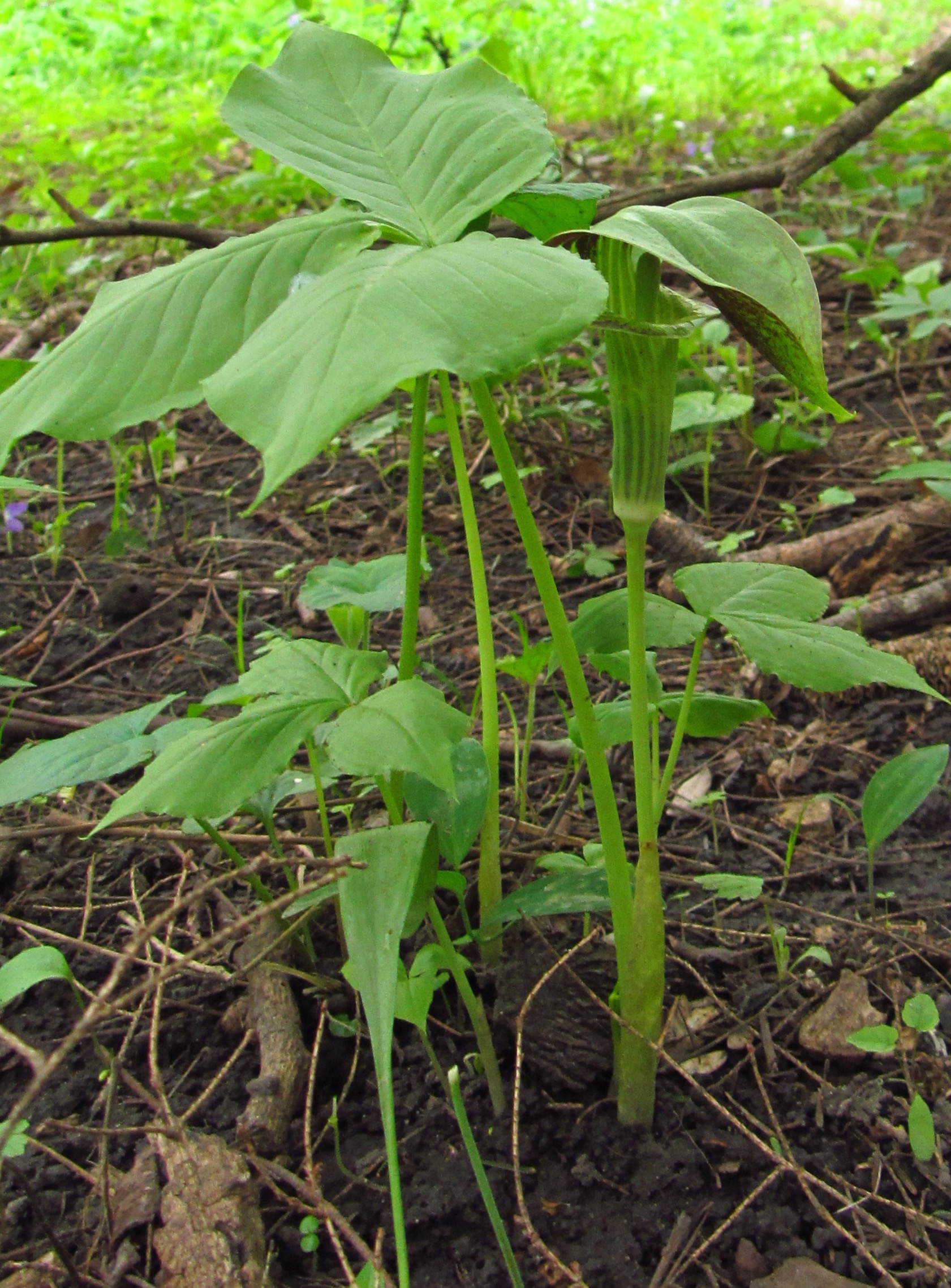 The Illinois Wildflowers and Minnesota Wildflowers sites are good resources for botanically accurate descriptions of the foliage, flowers, and fruit.

We usually see the first Jack-in-the-pulpits in April, but this year's late spring delayed their arrival until May. A sheath covers the plant when it emerges: 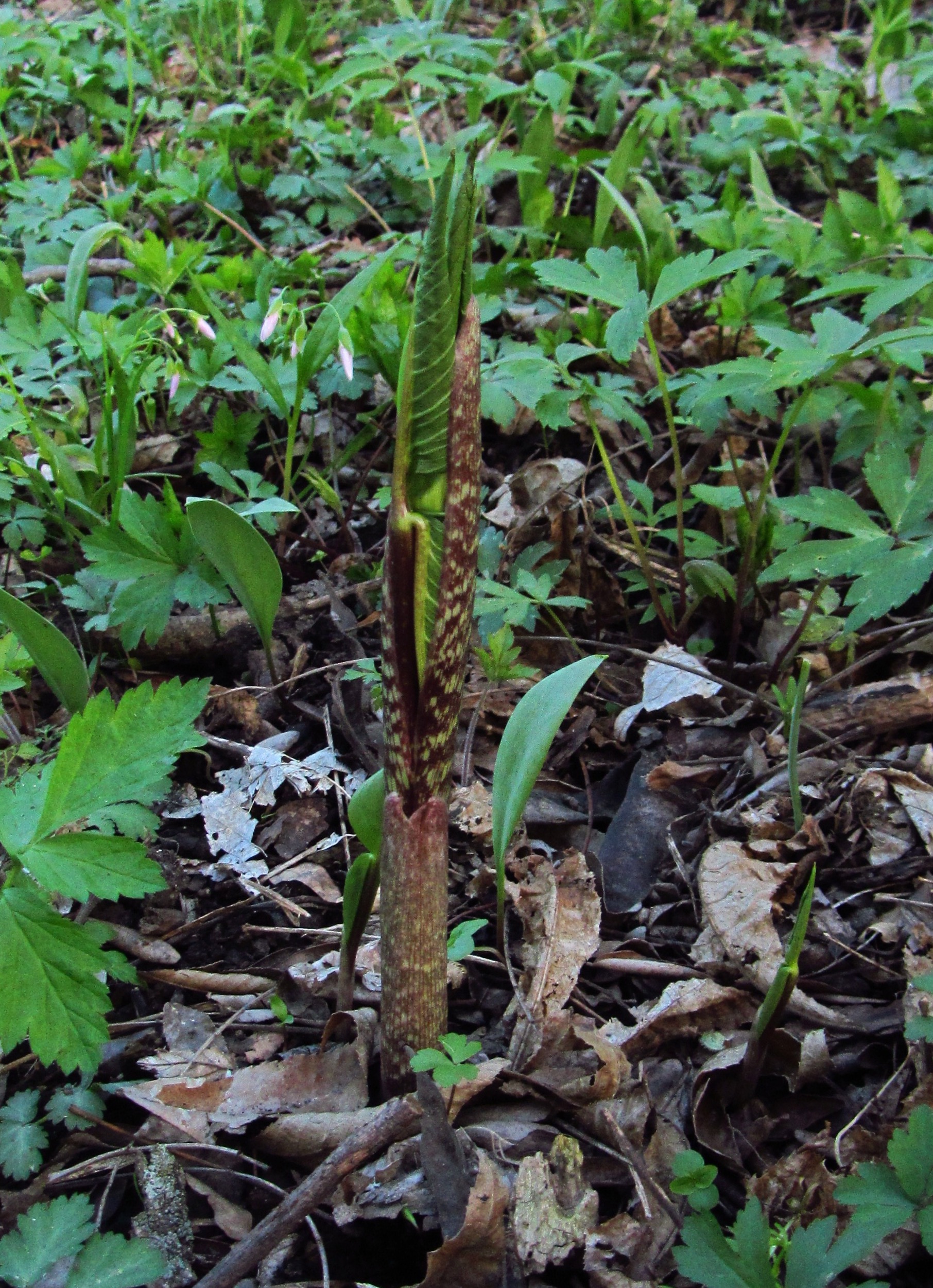 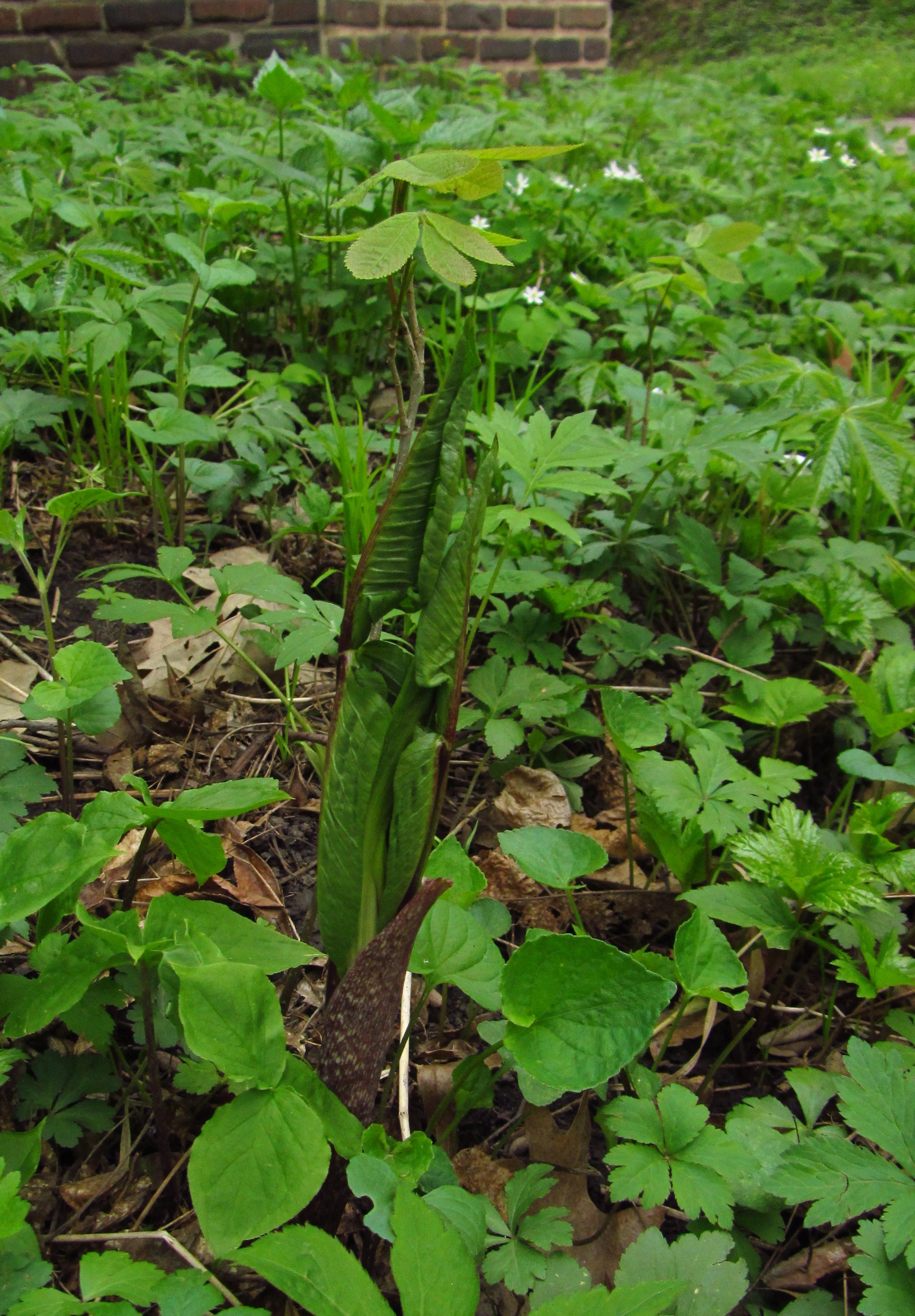 You can start to see the "jack" (part of the spadix) under the "pulpit" (the spathe). 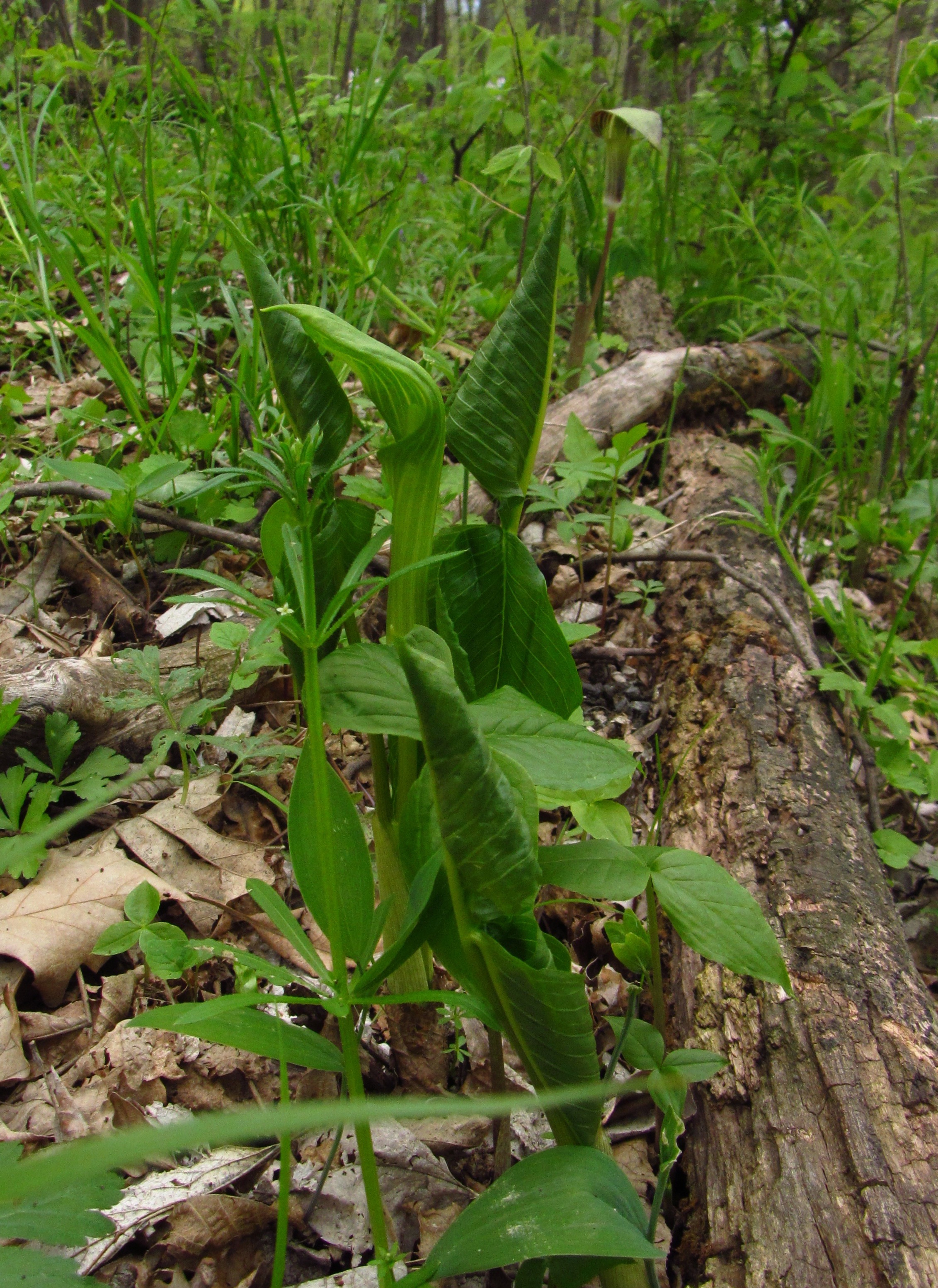 They may grow in a small colony: 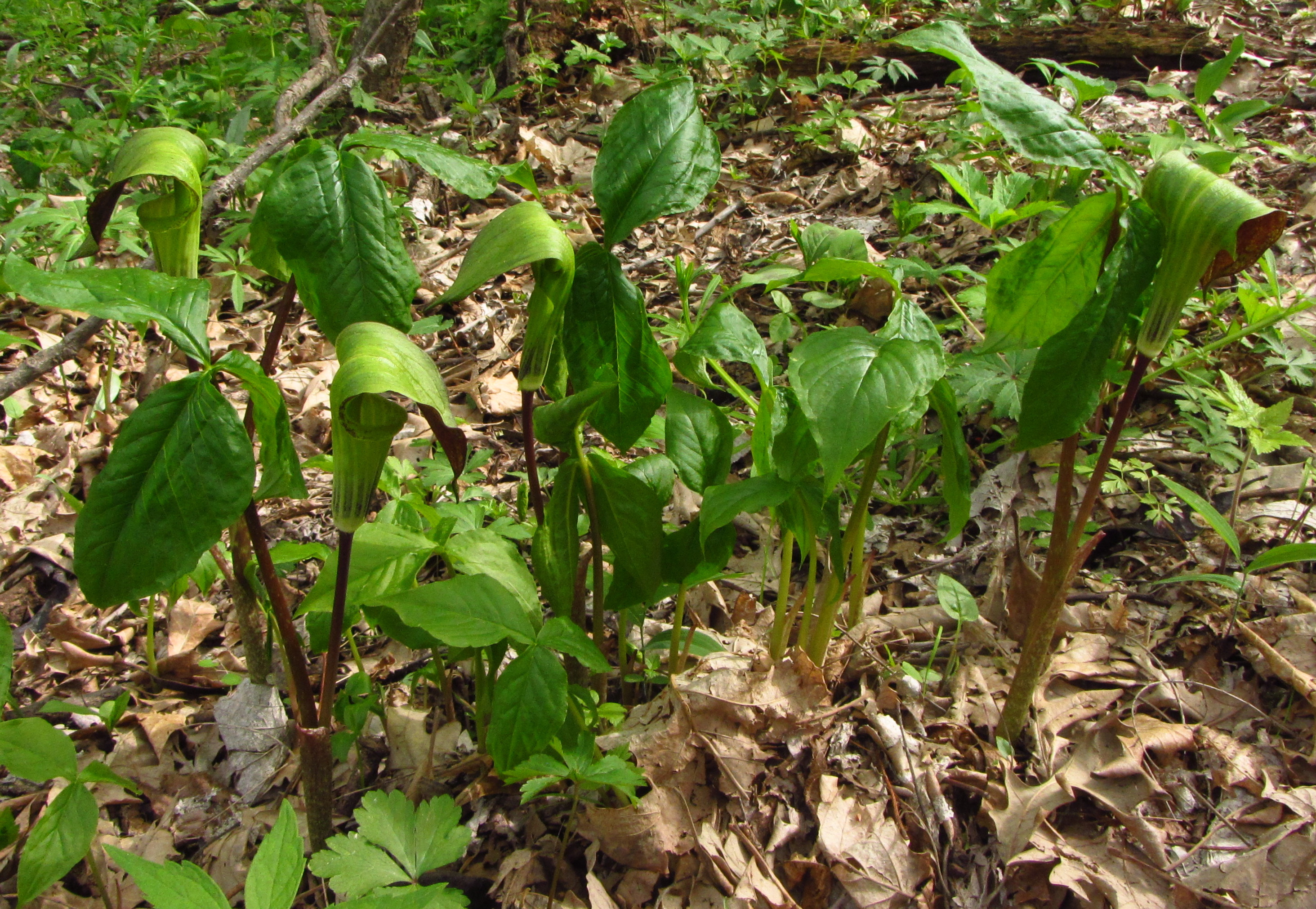 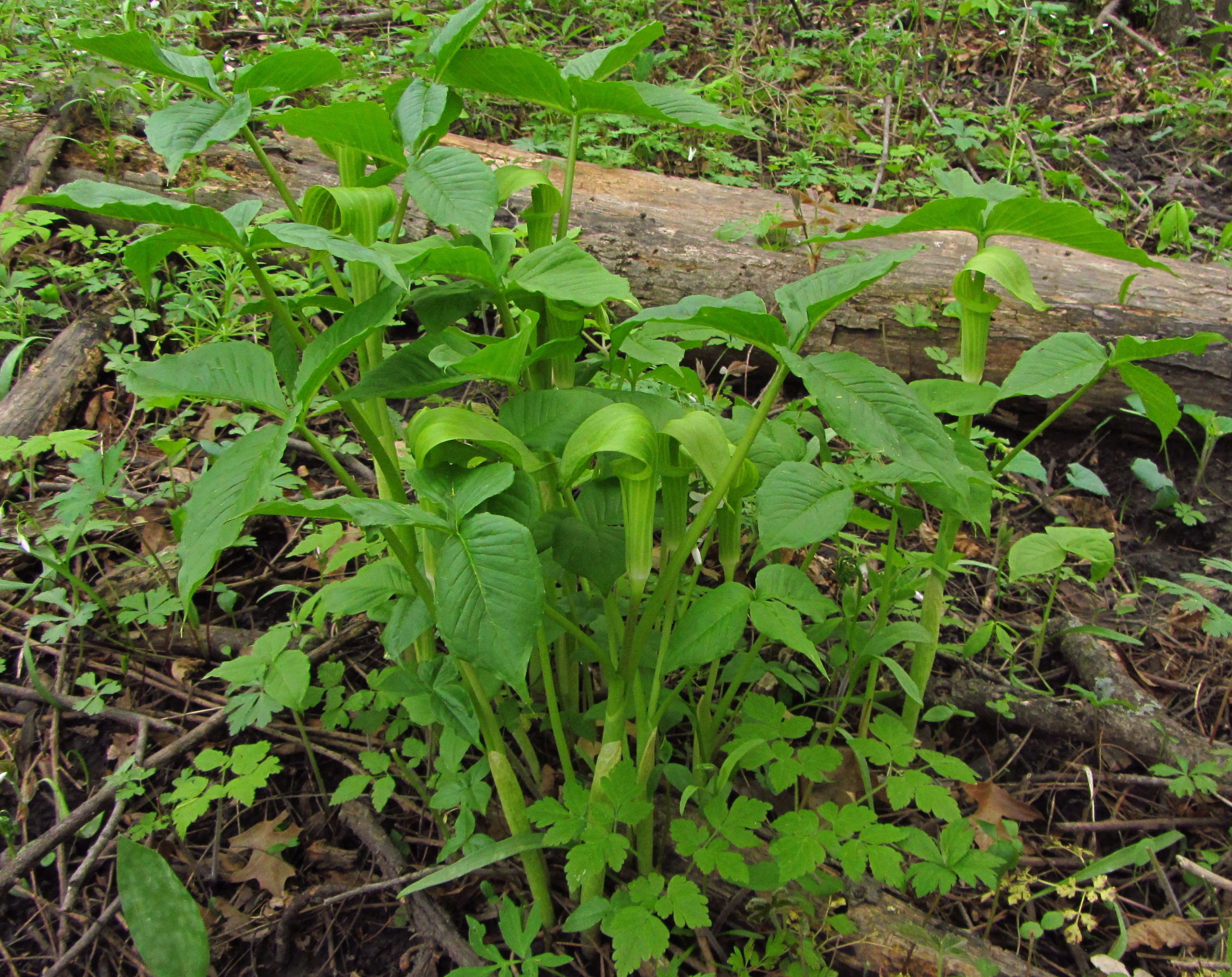 Or on their own: 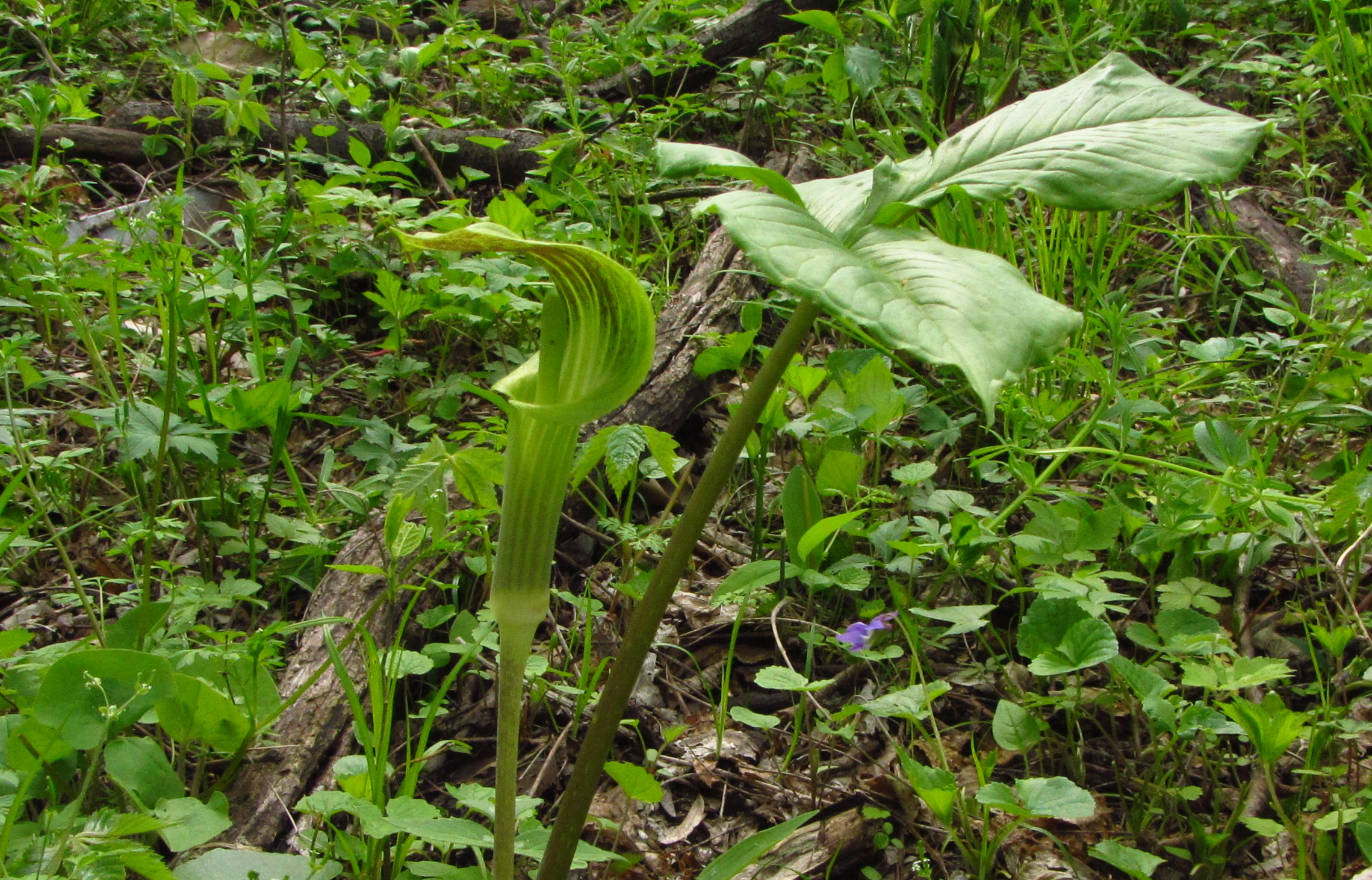 Sometimes the hood covering the "jack" is light: 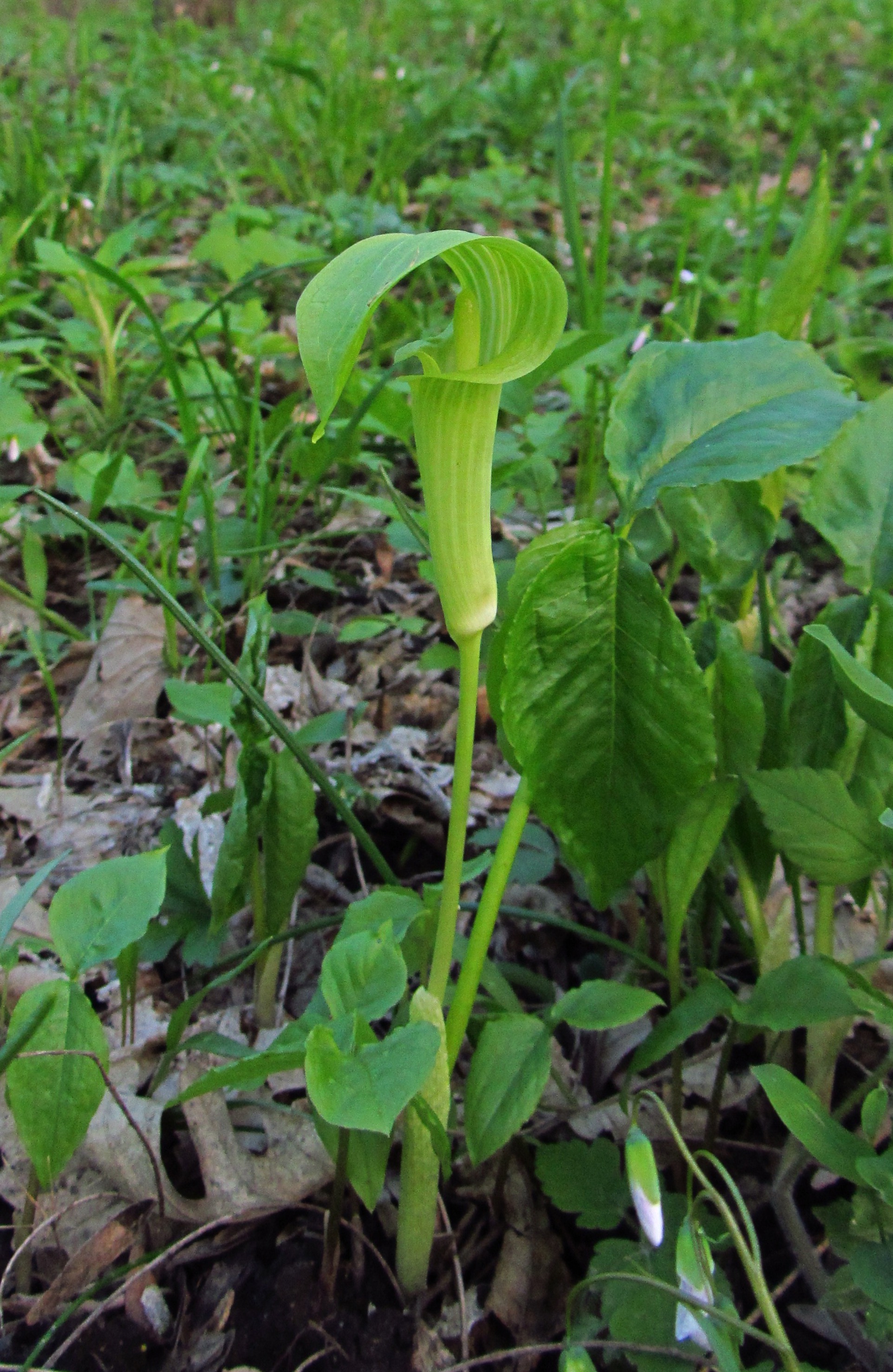 Or the stripes may be pronounced, almost black. 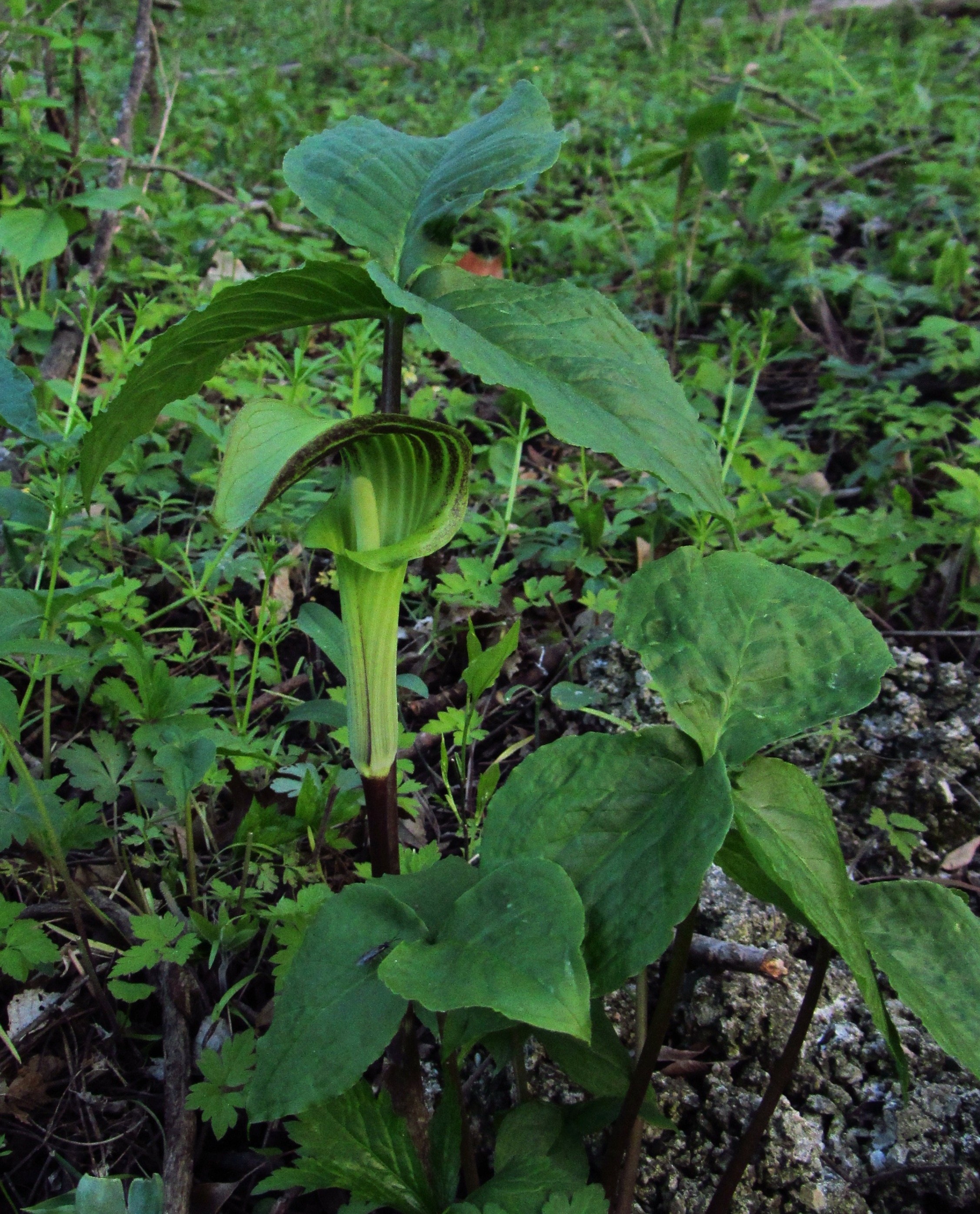 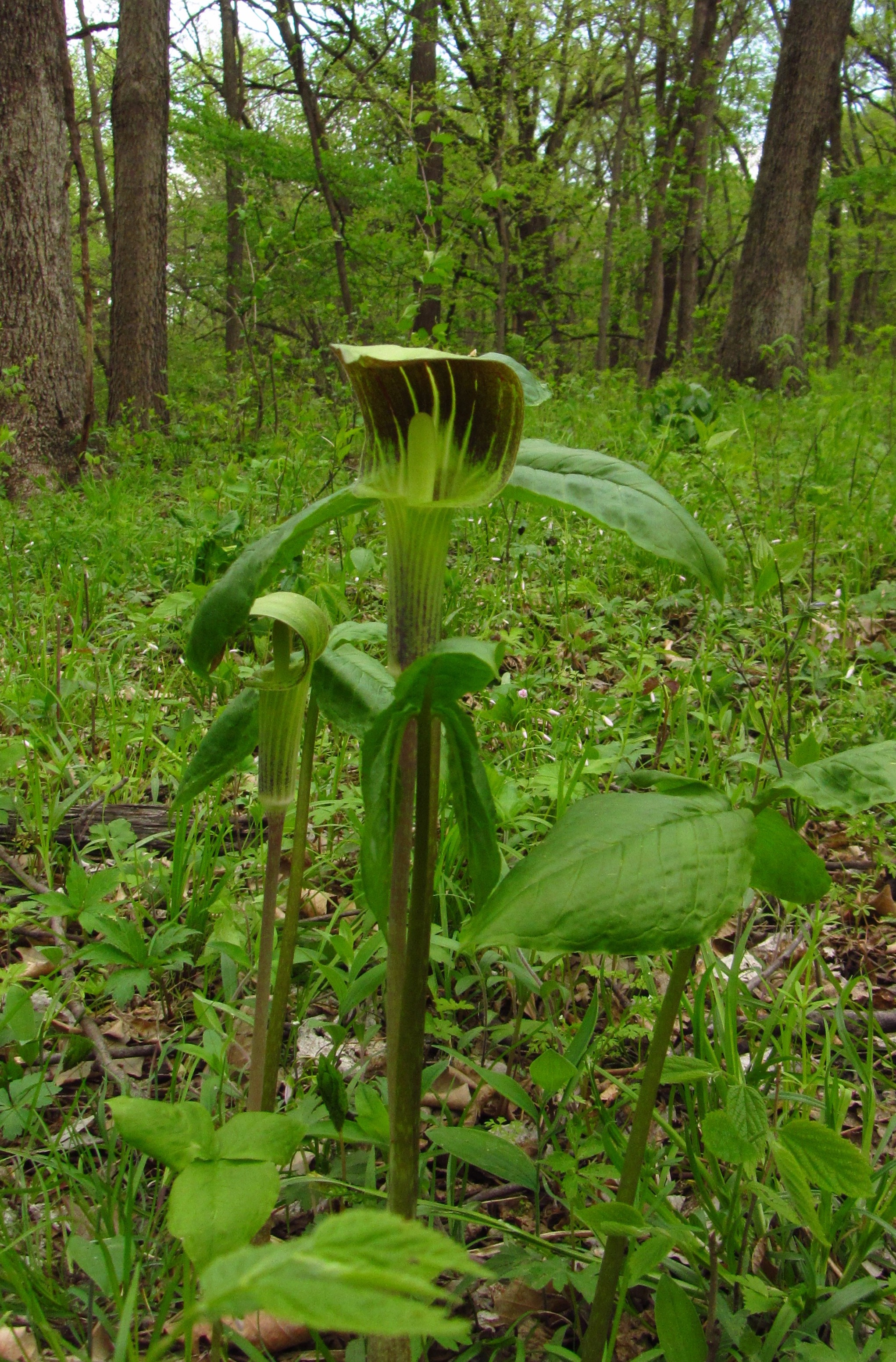 Usually the hood almost covers the jack, so you have to crouch down to see it. Occasionally the hood is flipped up, revealing more. 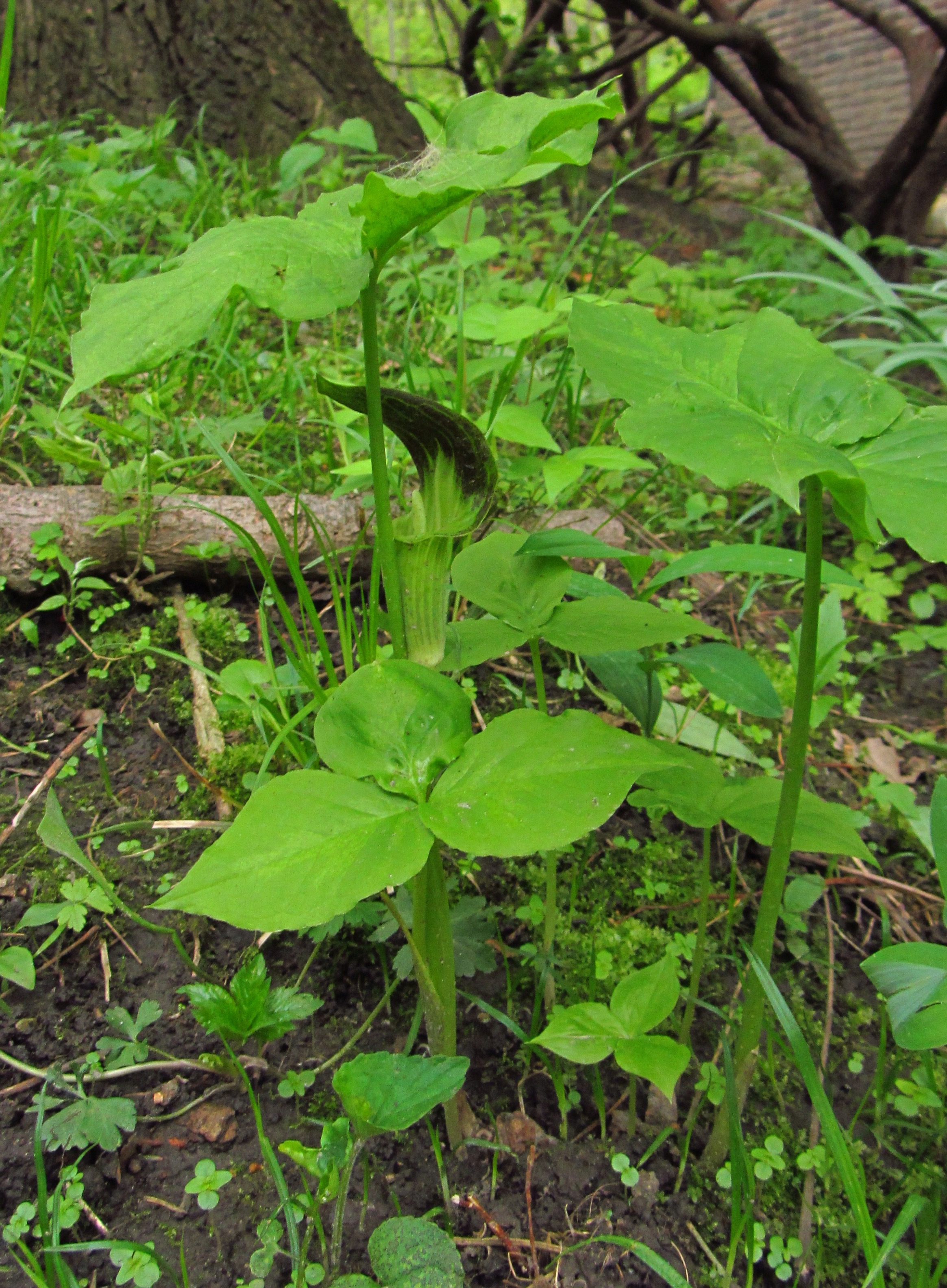 Both kids of flowers are visible in this shot. 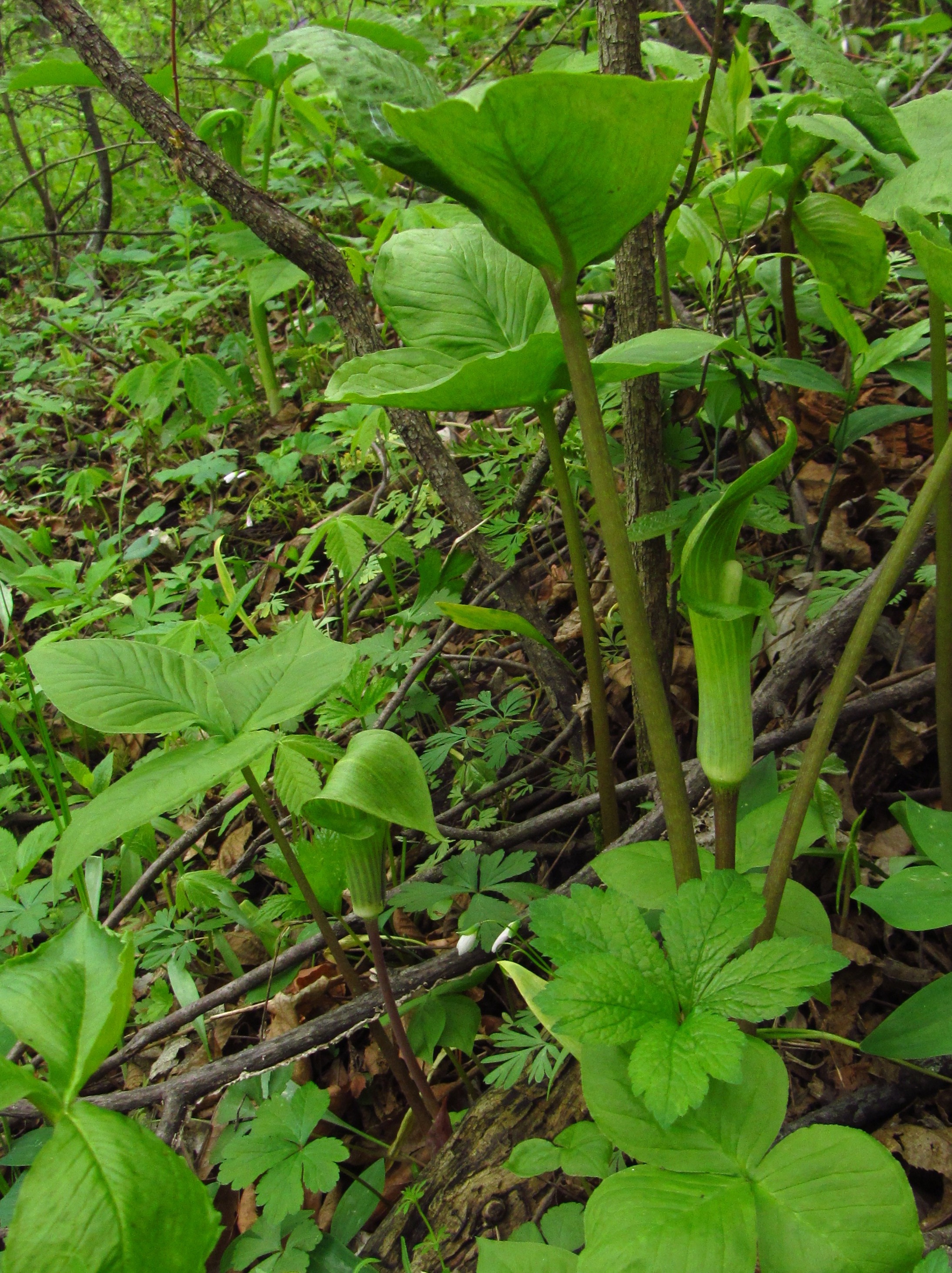 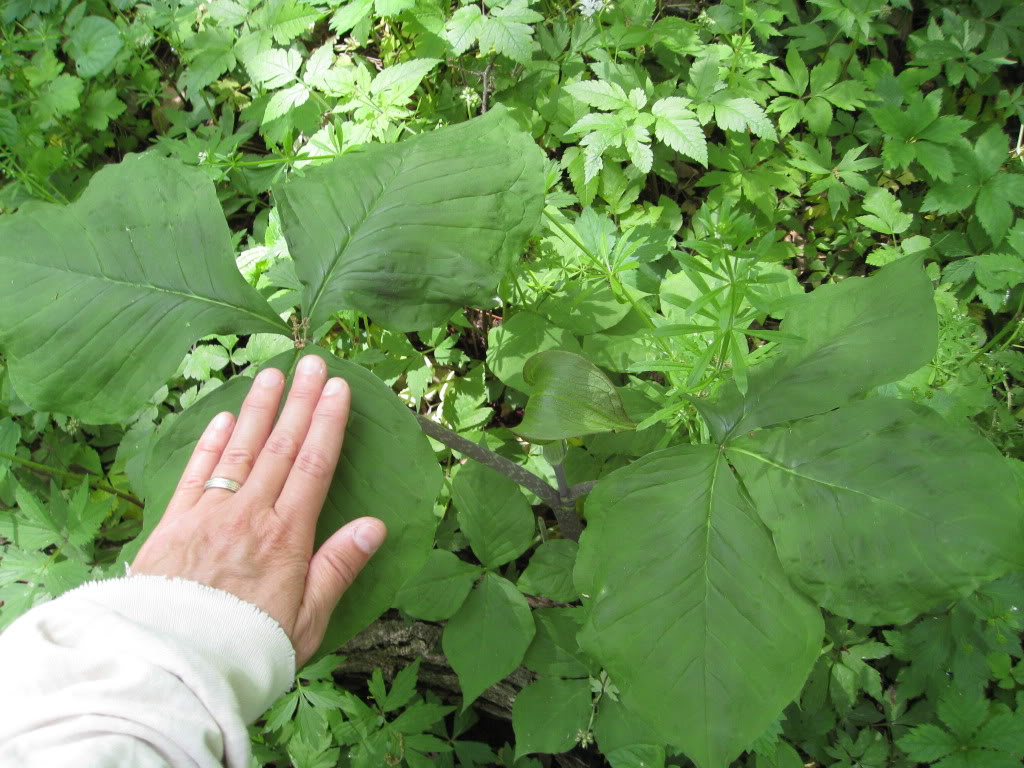 Some Virginia bluebells are blooming in the background here. 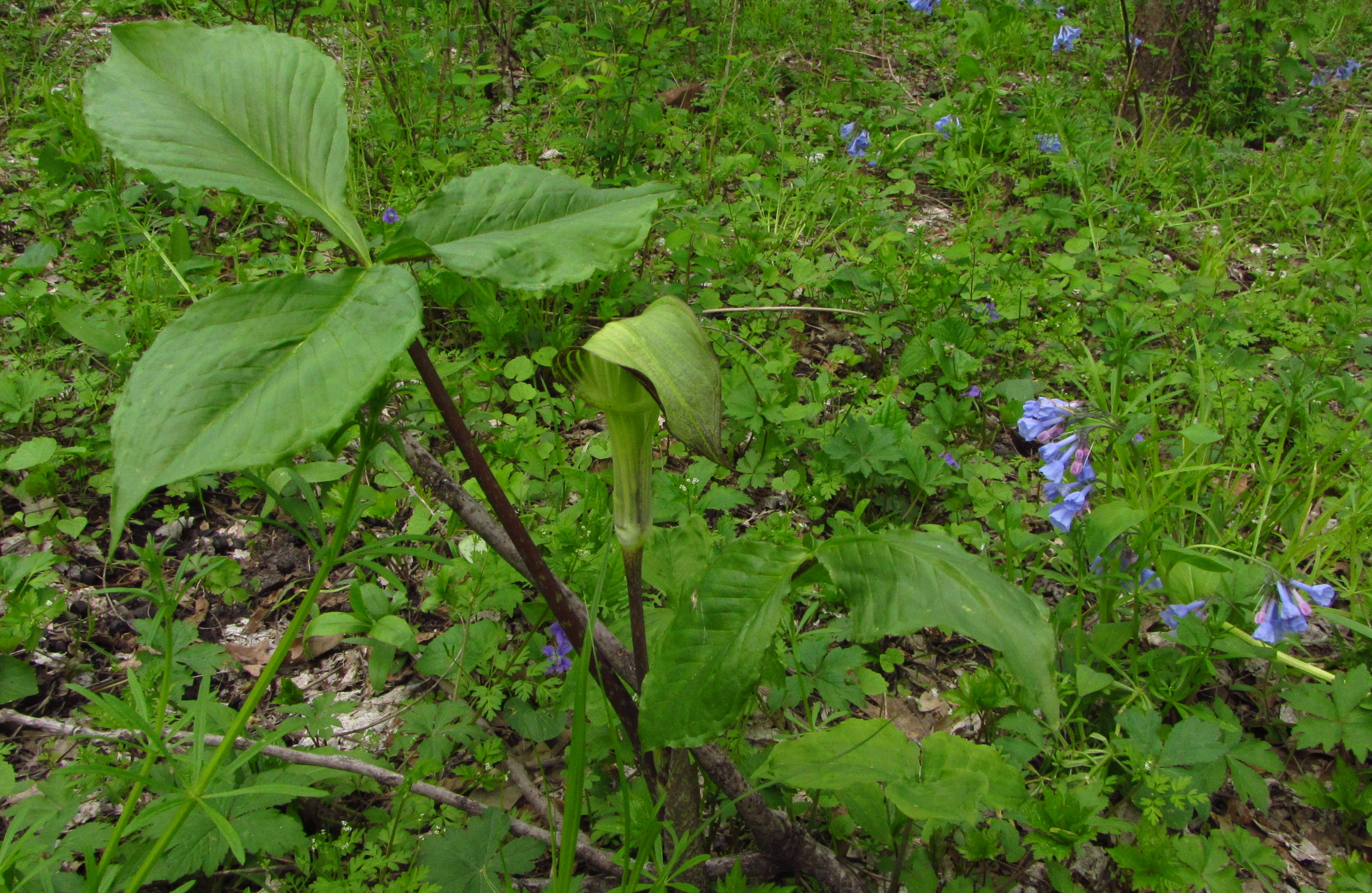 The small pink flowers in the next two shots are spring beauty. 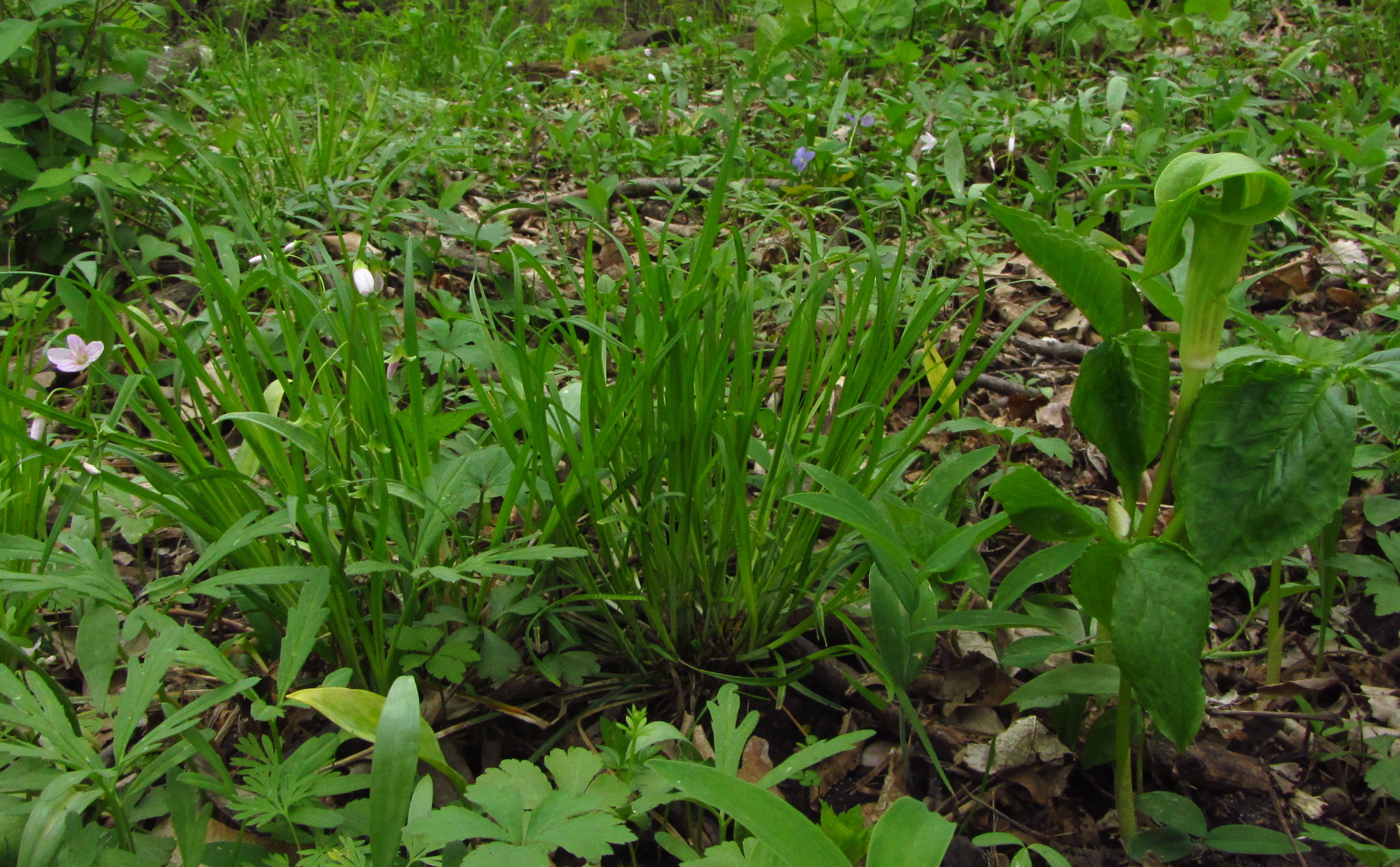 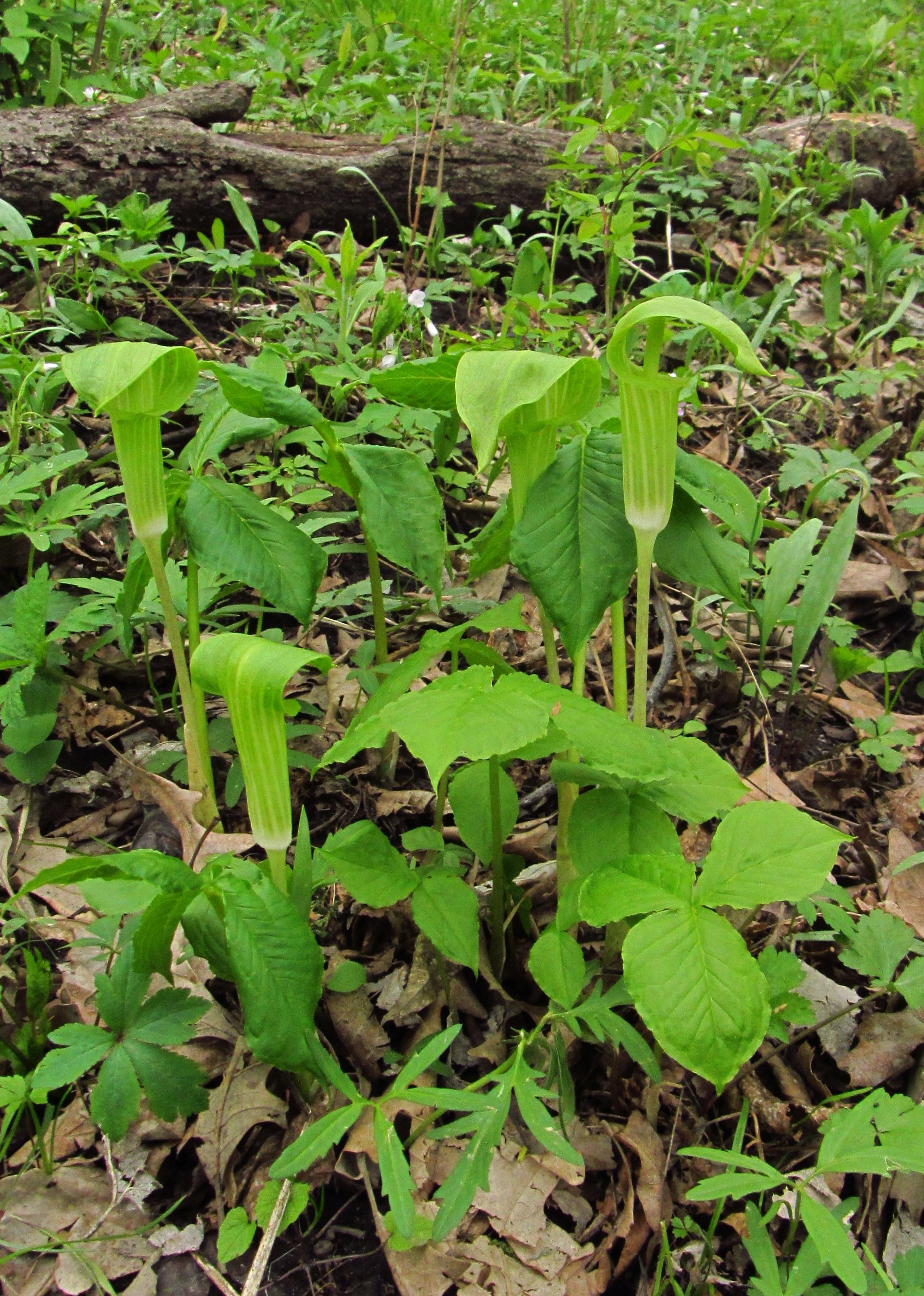 Sweet William/wild blue phlox in the foreground, Virginia bluebells in the background. 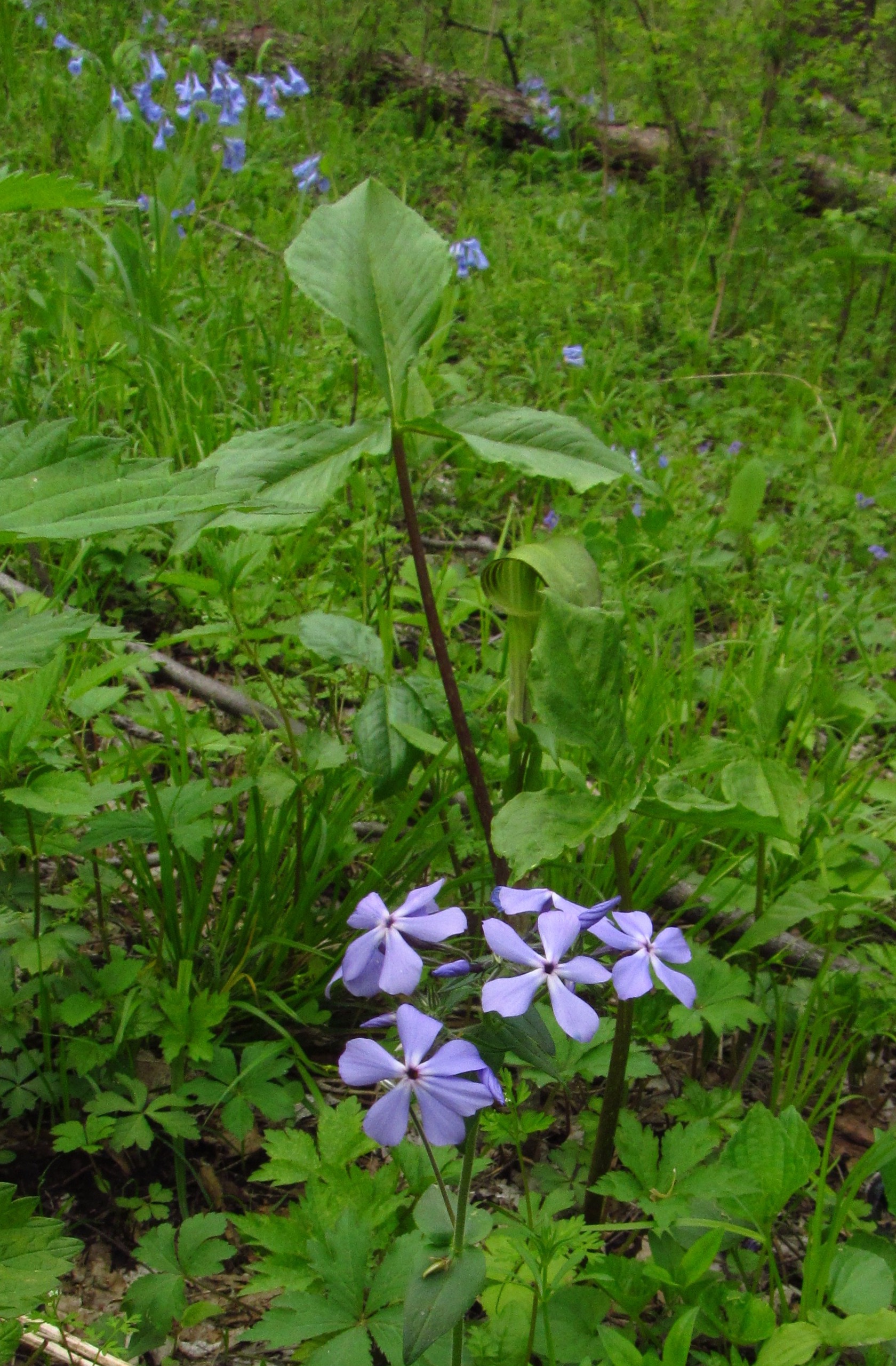 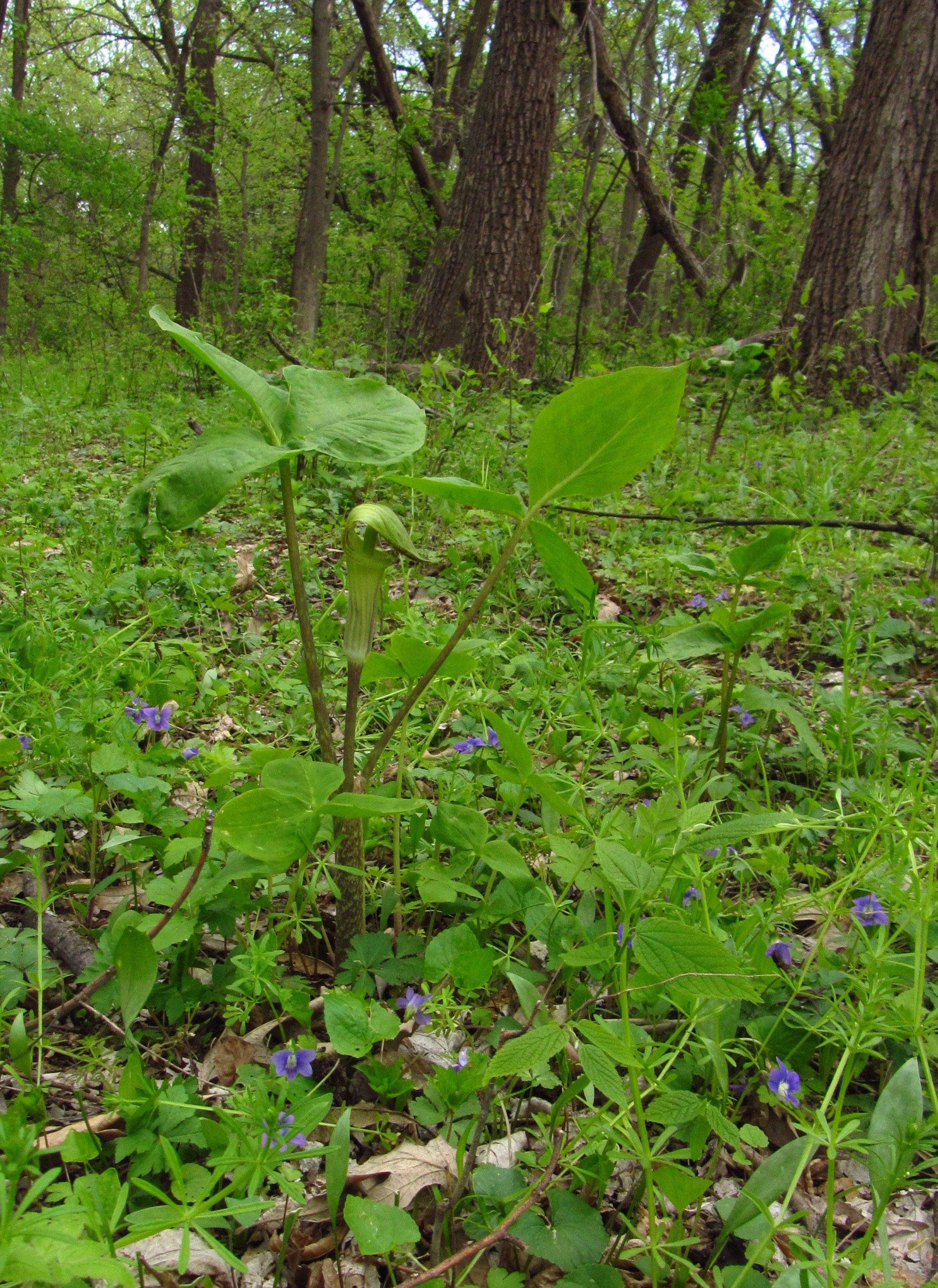 The flower on the lower right is a downy yellow violet. 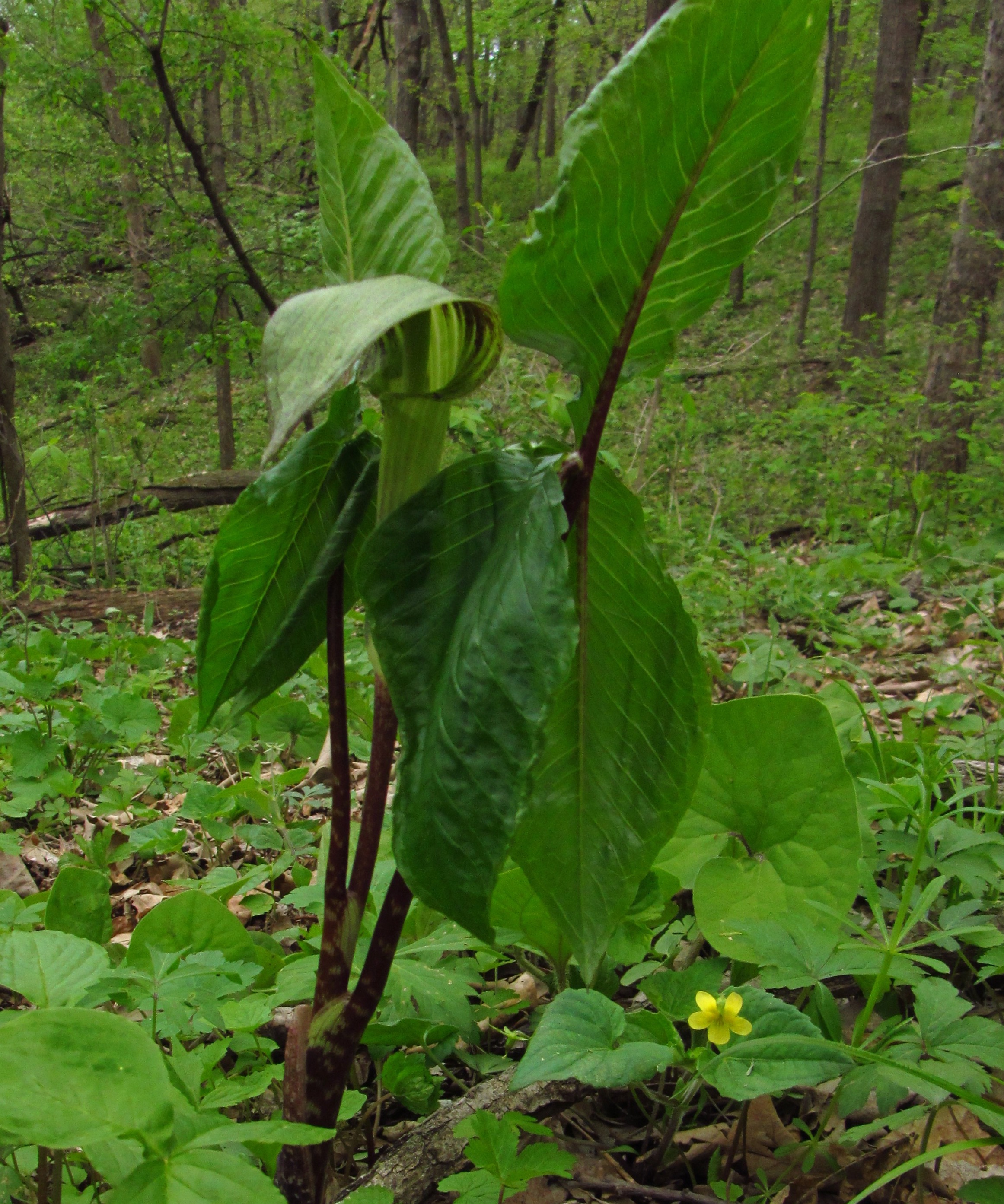 Tiny flowers on the "jack" develop into fruit. It looks like a cluster of green berries in the early summer. Stephanie Heifner took these pictures of seed pods forming in her Linn County yard in June 2018: 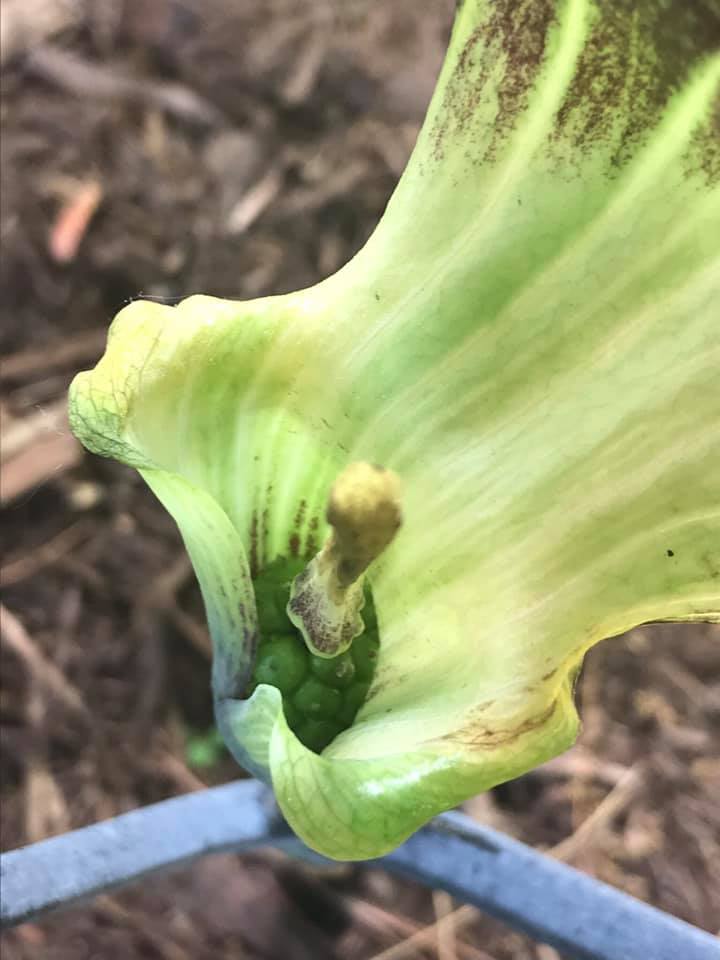 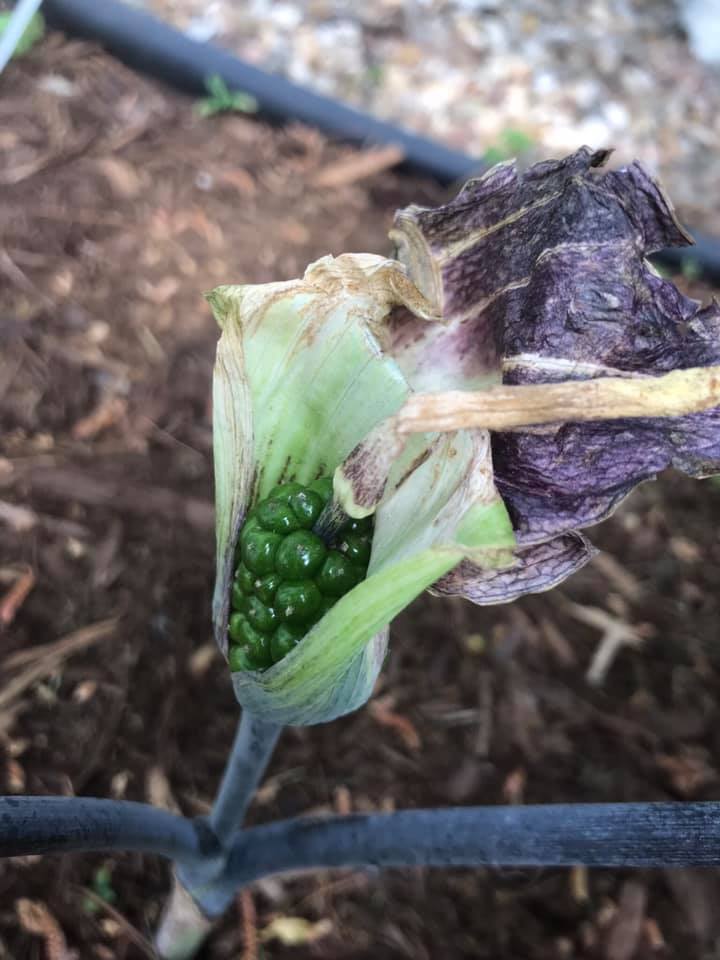 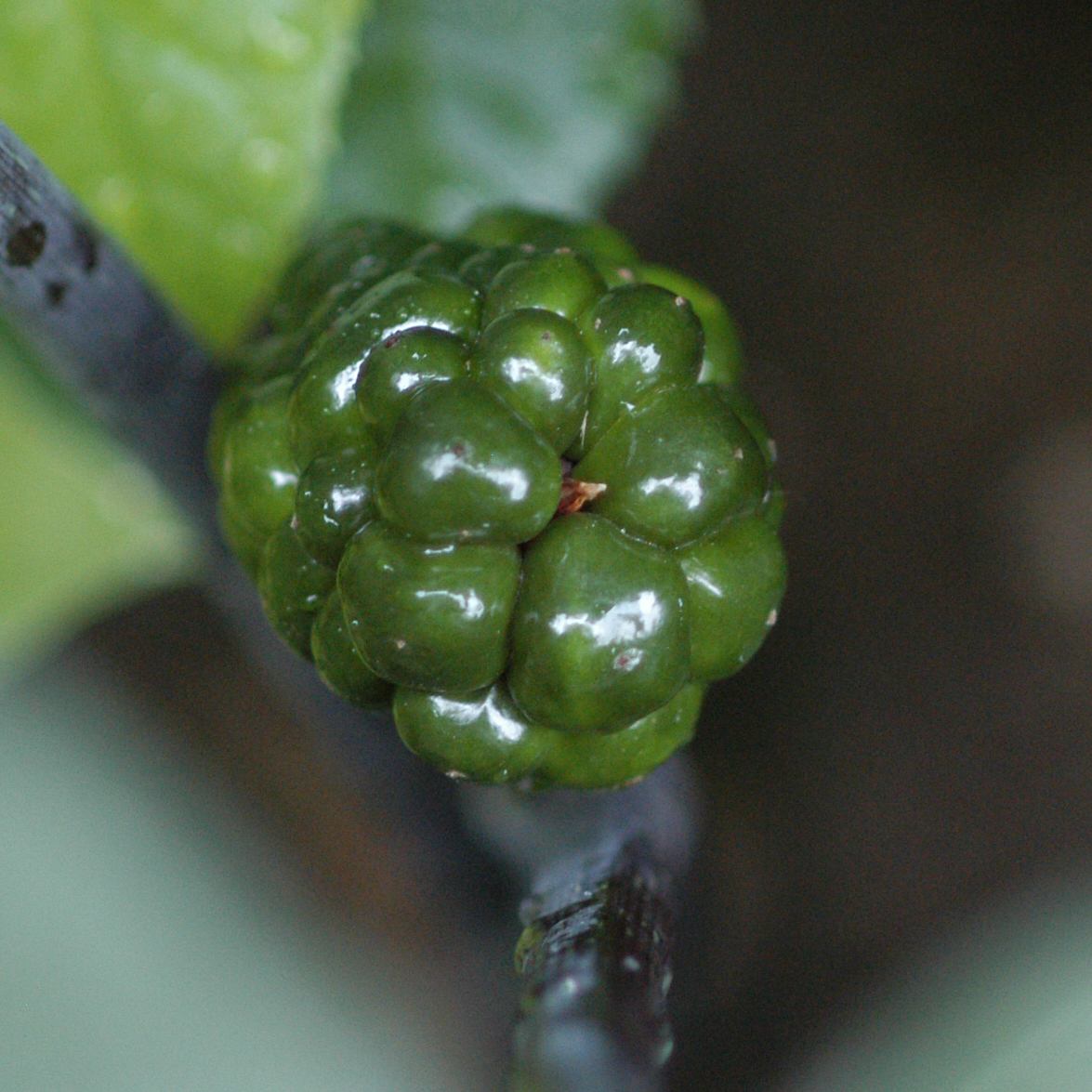 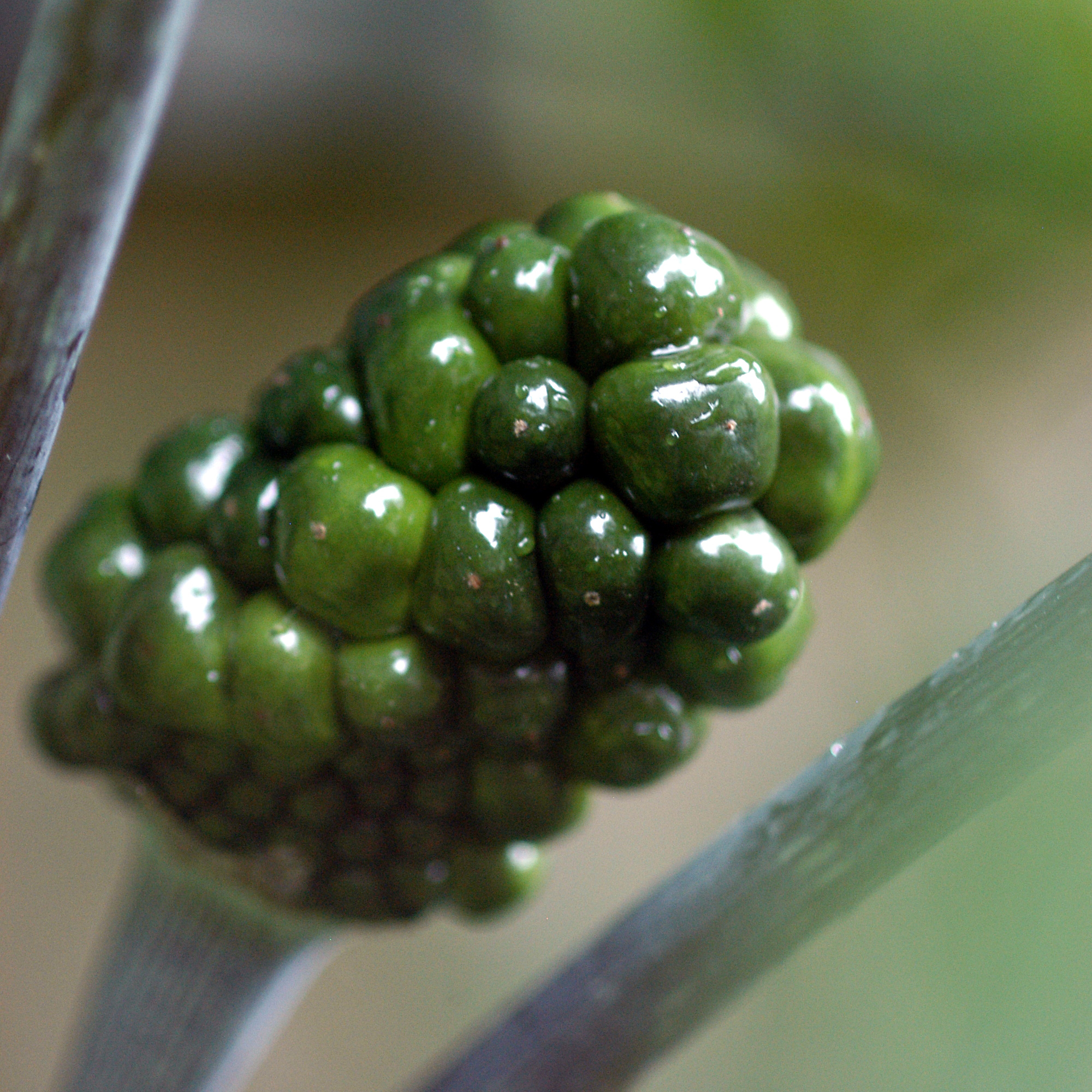 The fruit turns bright red in August or September and stands out in wooded areas. I took this picture a couple of years ago. That's white snakeroot almost ready to bloom behind the Jack-in-the-pulpit. 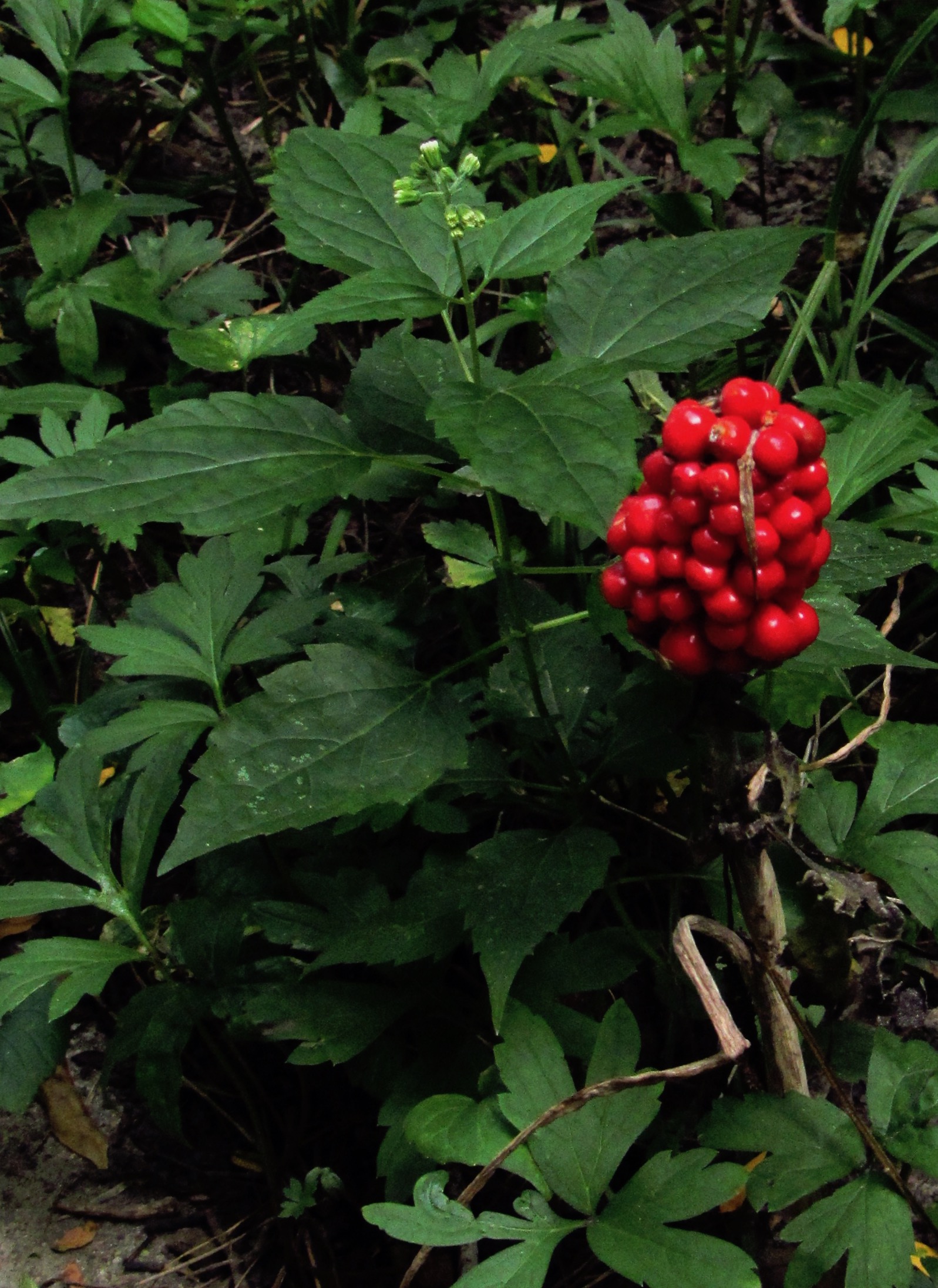 Who can save the rule of law?
Jim Chrisinger | 0 Comments