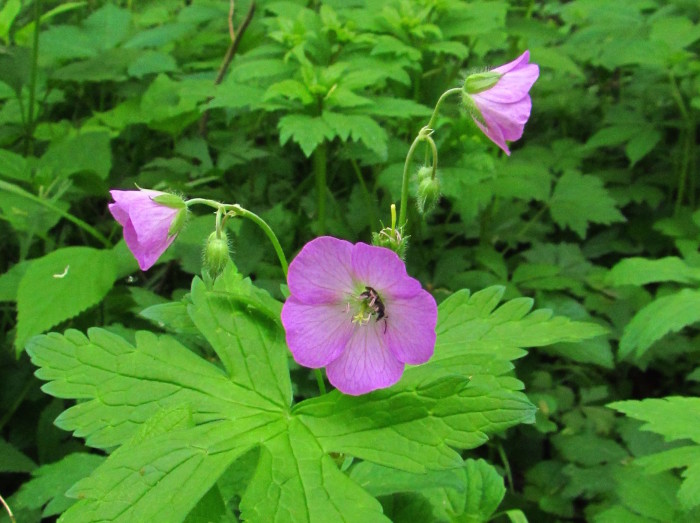 Index of all Iowa wildflower Wednesdays

Bleeding Heartland's weekly wildflower series has grown far beyond what I envisioned when I published the first Iowa wildflower Wednesday in March 2012. The search for material has taken me to many parks and nature preserves I'd never explored and connected me to some incredible photographers and naturalists, including Eileen Miller, Leland Searles, and Marla Mertz.

Many readers have told me the wildflower posts are among their favorites at the site. For a long time I've been meaning to collect all of the links in one place.

After the jump you'll find the common and scientific names of nearly 150 species featured here so far. The date next to each plant's name links to a post with multiple photographs. I would not have been able to identify most of these plants five years ago. Before my son's interest in Jack-in-the-pulpits inspired me to start learning more about native plants in 2009, I could not have identified even a dozen of them.

I will continue to update this index once Iowa wildflower Wednesday returns during the spring of 2017. UPDATE: As of the summer of 2019, this series has featured more than 200 plant species.

Jack-in-the-Pulpit (Arisaema triphyllum): May 2019 and April 2012 (if not for my son's interest in this plant, the Iowa wildflower Wednesday series might never have happened)

Mayapple or Umbrella plant (Podophyllum peltatum): June 2019 (flowers and fruit), April 2012 (flowers only), and July 2014 (one picture with fruit)

Partridge pea (Chamaecrista fasciculata): August 2014 (by Eileen Miller) and July 2012 (by me)

Queen of the Prairie (Filipendula rubra): July 2016 (by Marla Mertz)

Royal catchfly (Silene regia): October 2018 and August 2016 (native to North America but not to Iowa)

Sedges (native plants in the Carex genus, which look like grasses): June 2022 (by Leland Searles)

Swamp buttercup (Ranunculus hispidus or Ranunculus septentrionalis): May 2020 and May 2014

Toadshade or Toad trillium or Sessile trillium (Trillium sessile): May 2015

Toothwort or Cutleaf toothwort (Dentaria laciniata): May 2021 and May 2013

Virginia waterleaf or Eastern waterleaf (Hydrophyllum virginianum): June 2015 and May 2012

Wood betony or Canadian lousewort (Pedicularis canadensis): May 2016 and August 2021 (by Kenny Slocum)

Two other posts by Eileen Miller focused on unusual fungi (September 2014) and close-up shots of insects on native plants (September 2016).

Laura Belin featured a number of plants with annoying burs in October 2019.