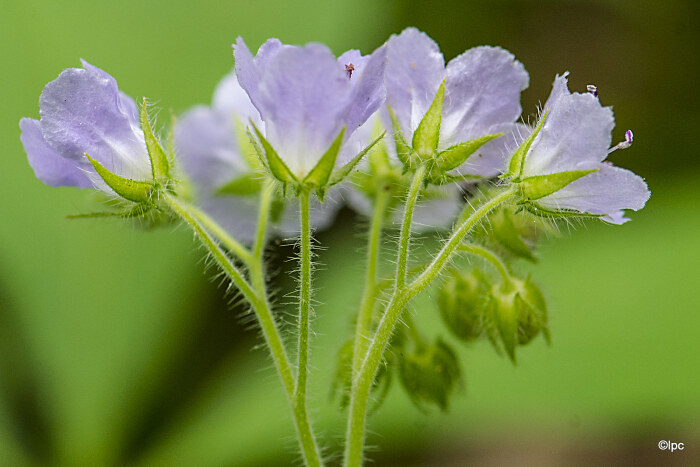 Great Waterleaf is a native perennial that thrives in partial shade in rich woodlands. Most photos enclosed below were made on a north facing slope of wooded land just above the Des Moines River in Van Buren County. Others were made in a similar site in Lee County. According to BONAP, it is found more in the eastern two-thirds of Iowa.

Great Waterleaf begins the year looking very different than it does when flowering. About mid-April in southern Iowa, it is a cluster of strong, sturdy, basal leaves with the characteristic “watermarks” on the leaves as shown here. (I spent a couple of years wondering what happened to this plant I saw early in the season but never again by mid-May.) 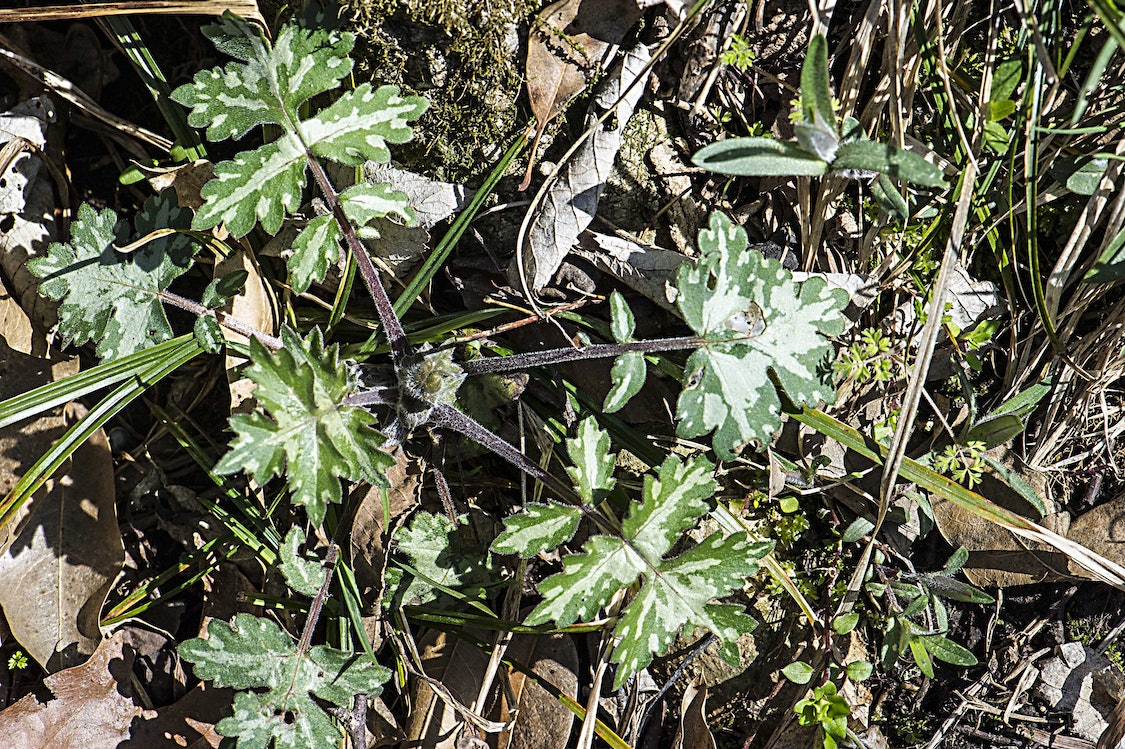 Here is what the leaves look like a month later in their characteristic “maple” shape and soft appearance. There is a tight cluster of buds here as well. 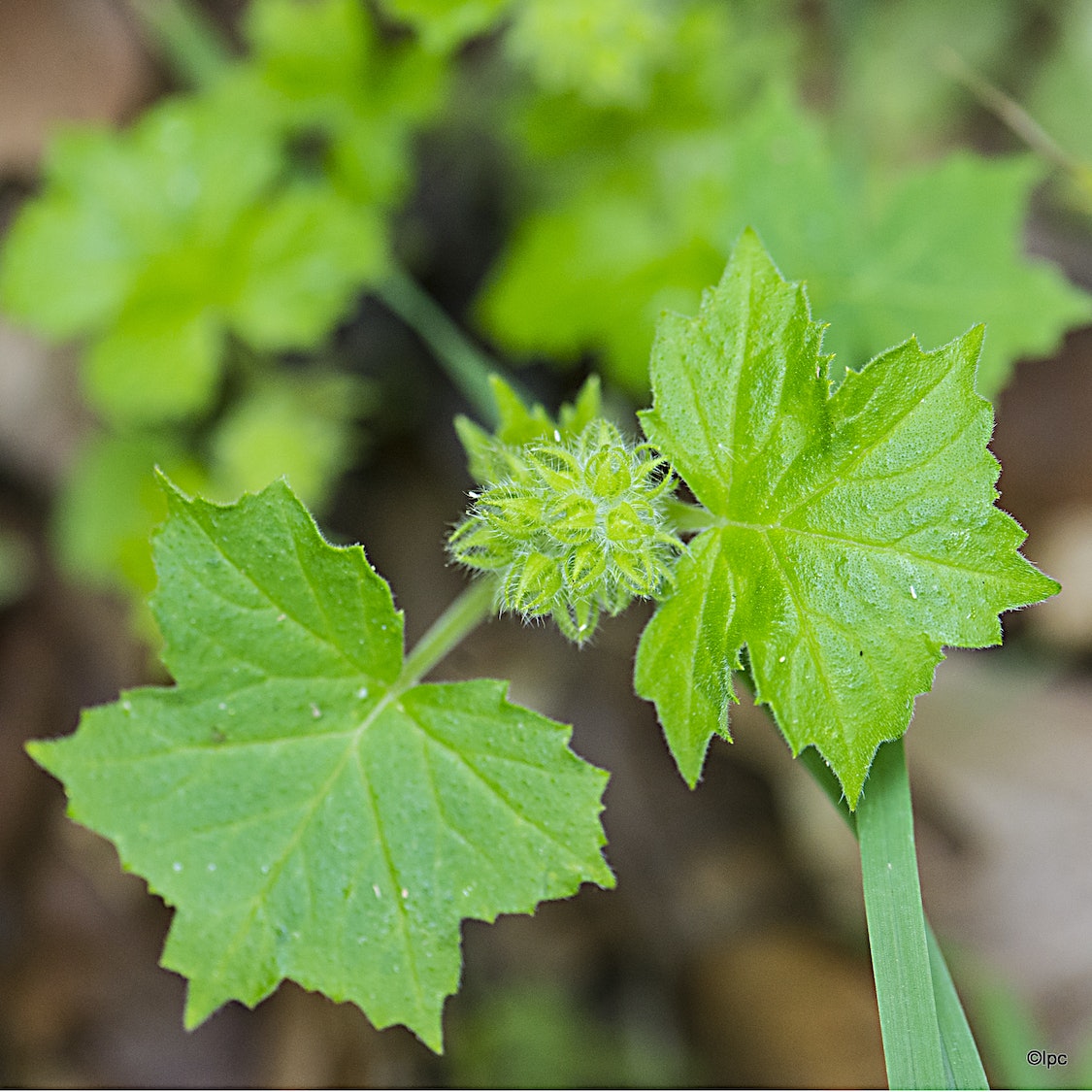 In a few days the buds begin to move apart. Note that they point downward before opening. 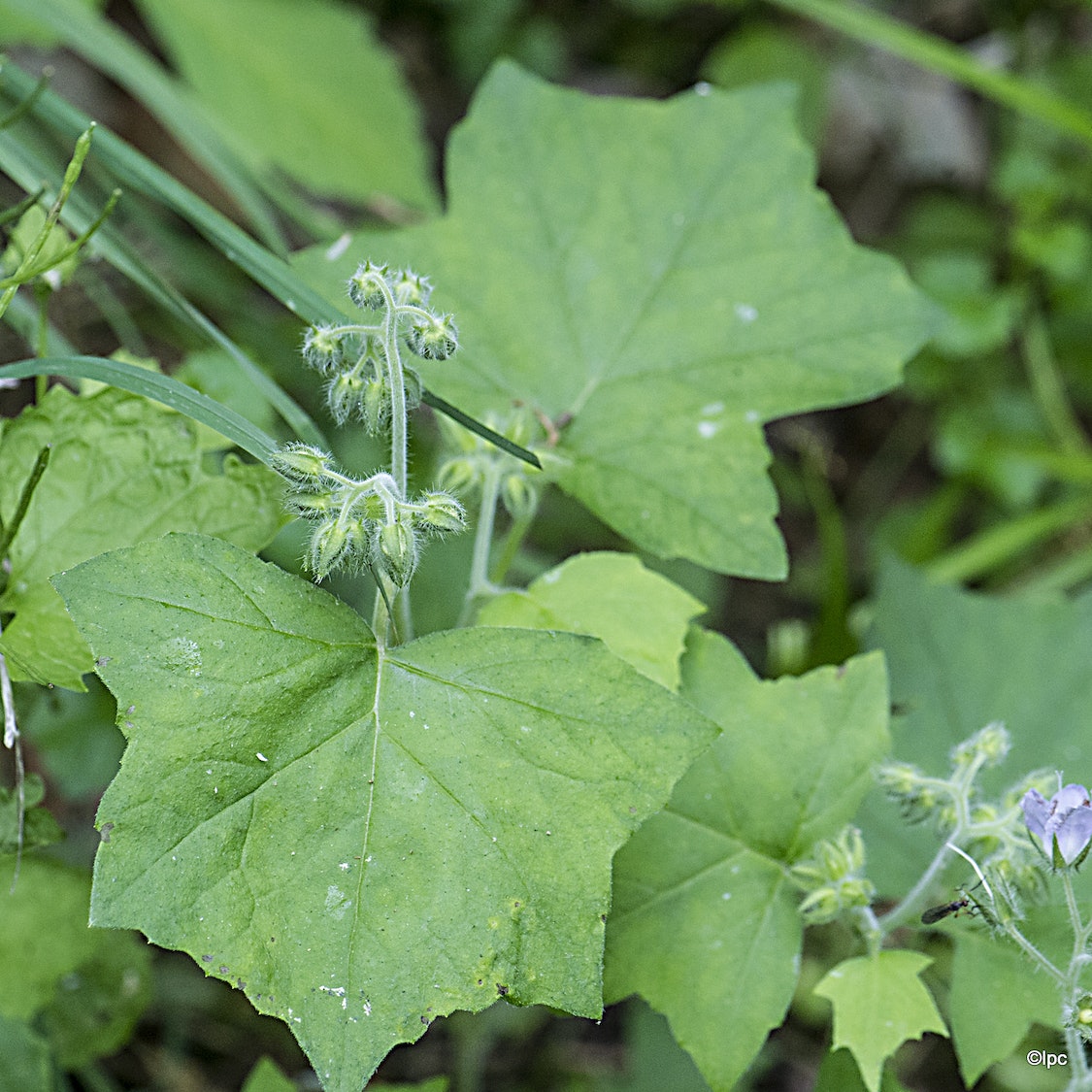 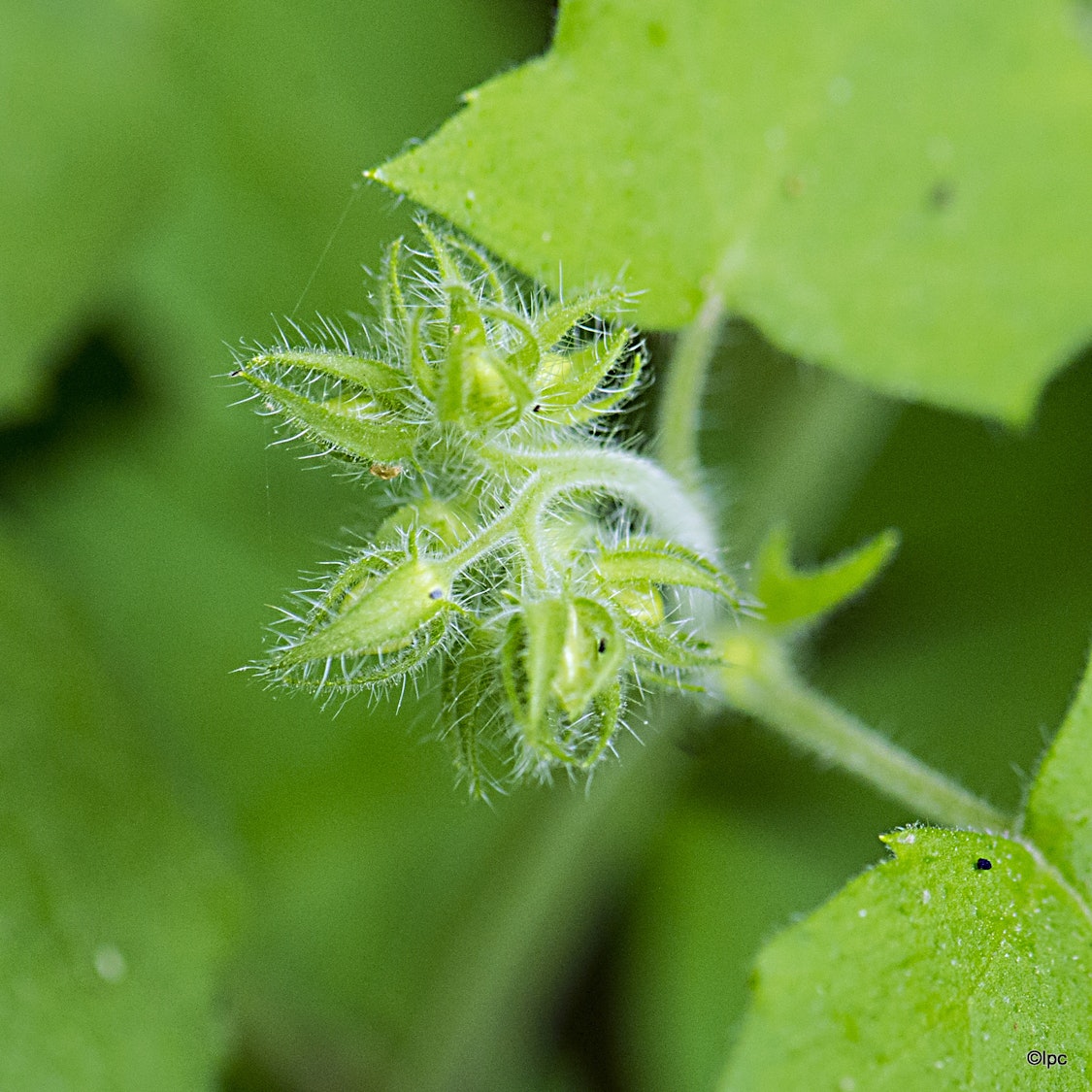 Then the uppermost buds open into these lovely flowers that can be various shades of lavender. They are facing outward. 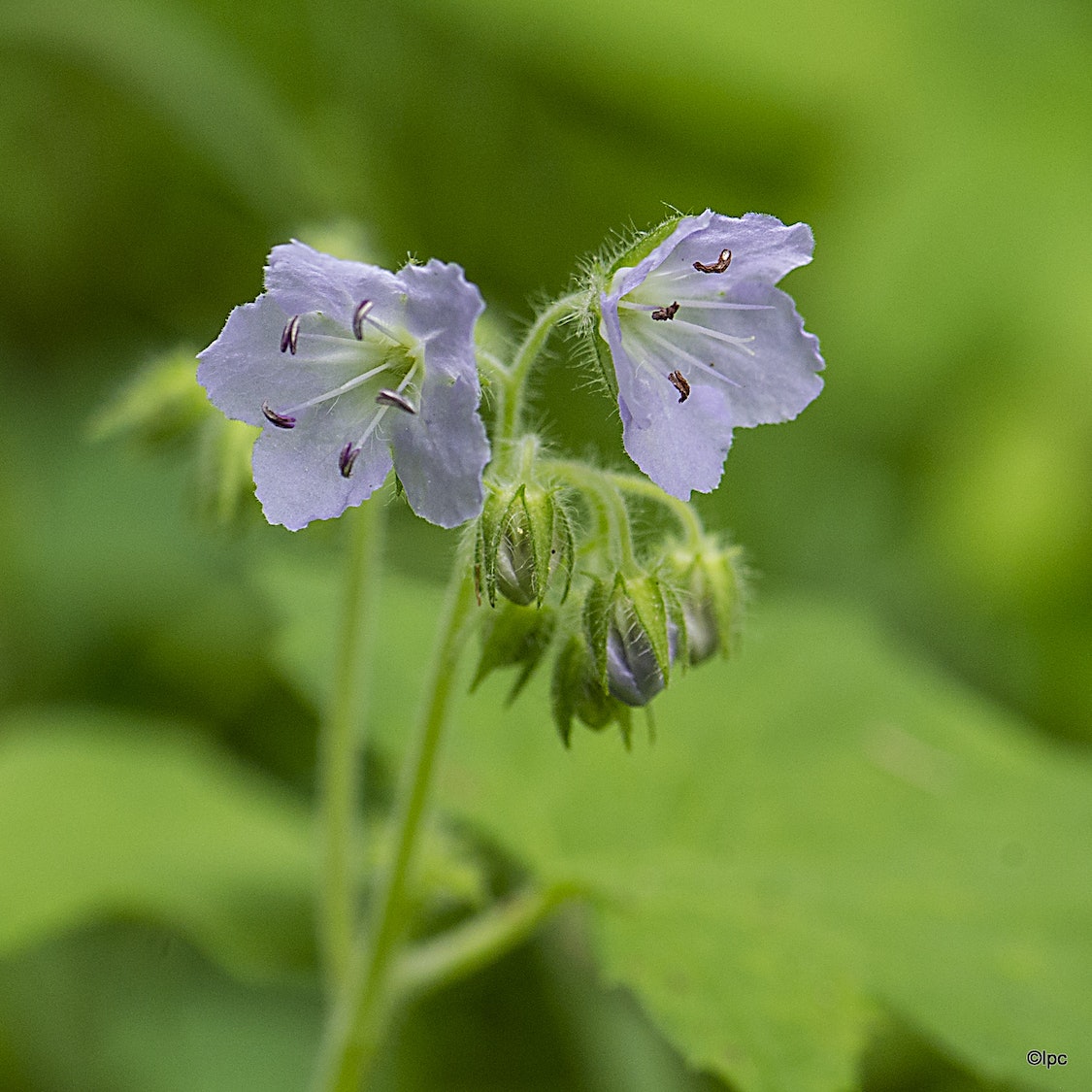 Next, most of the buds open into flowers at once. 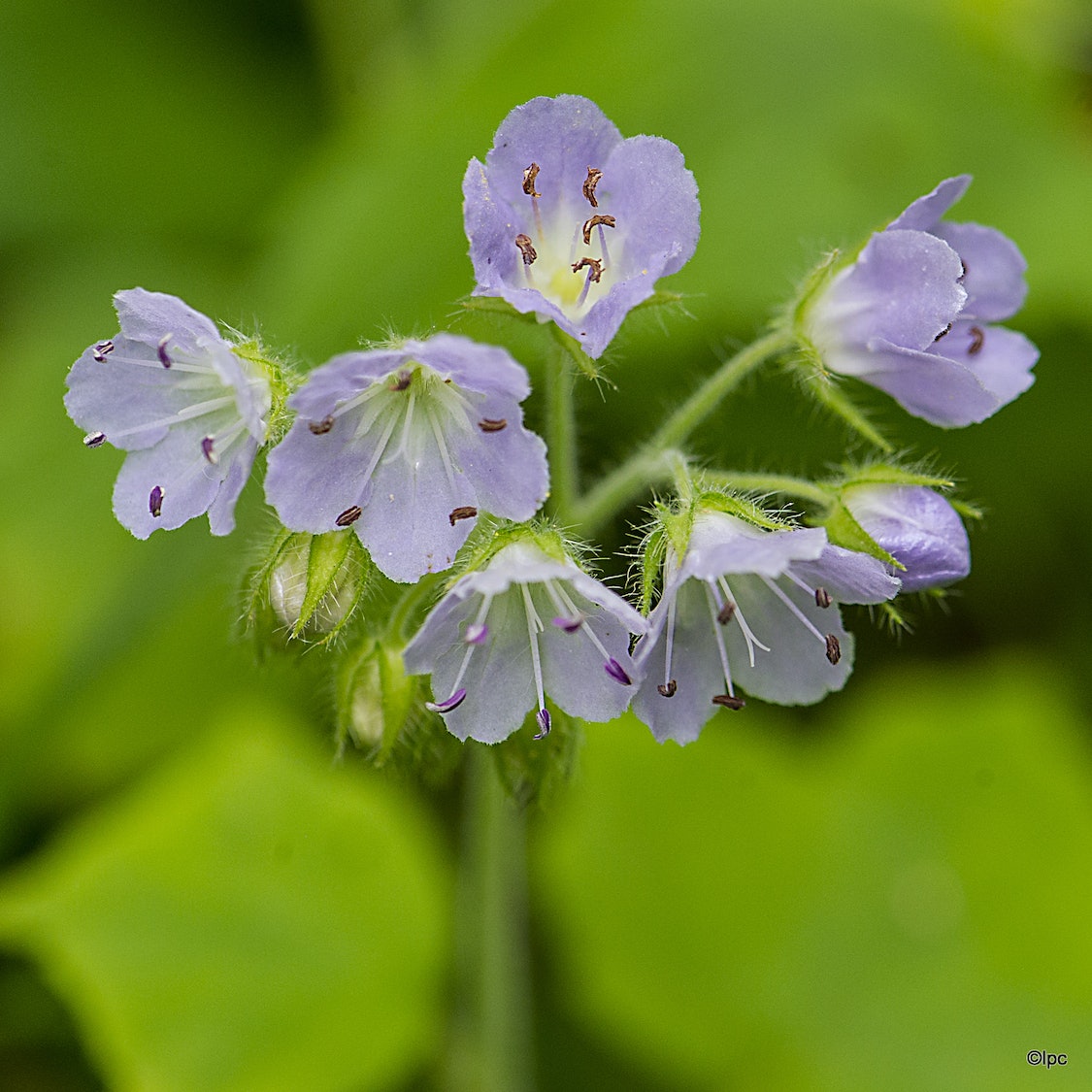 As the flower petals fall, the hairy calyx lobes close over the growing seed. Note that now most point upward. 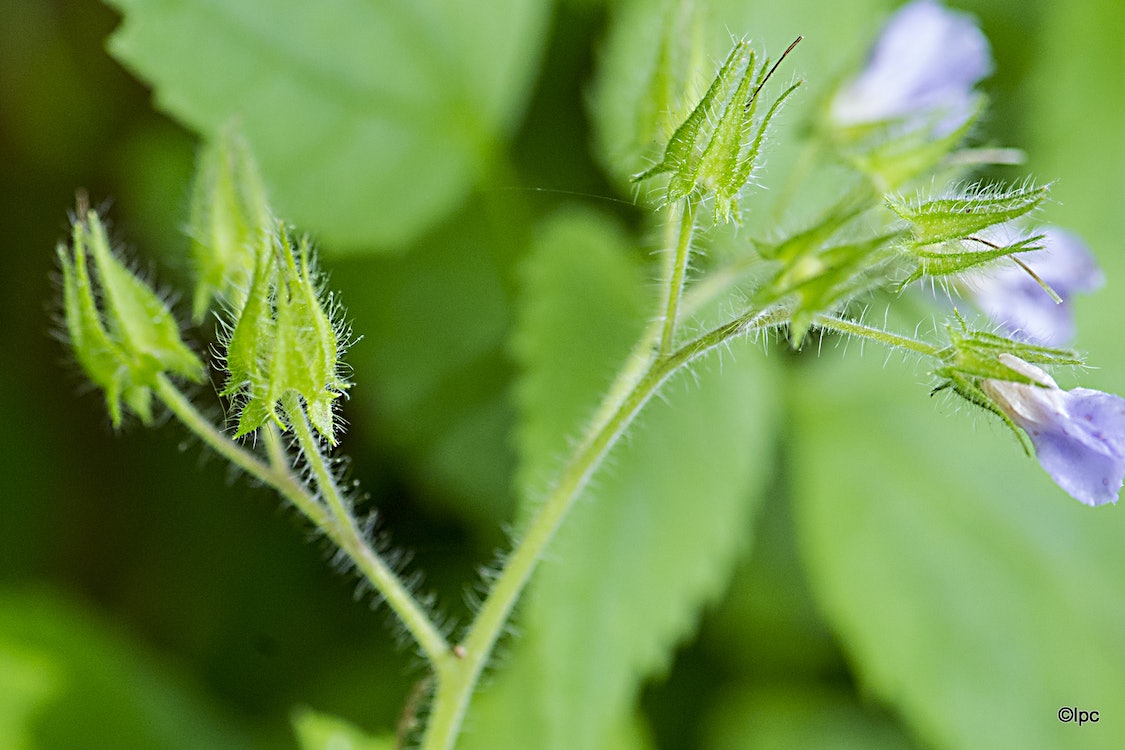 Then as the seed matures, they begin to point downward again. In this image a cleavers plant (Galium aparine) is visible behind the seed capsules. 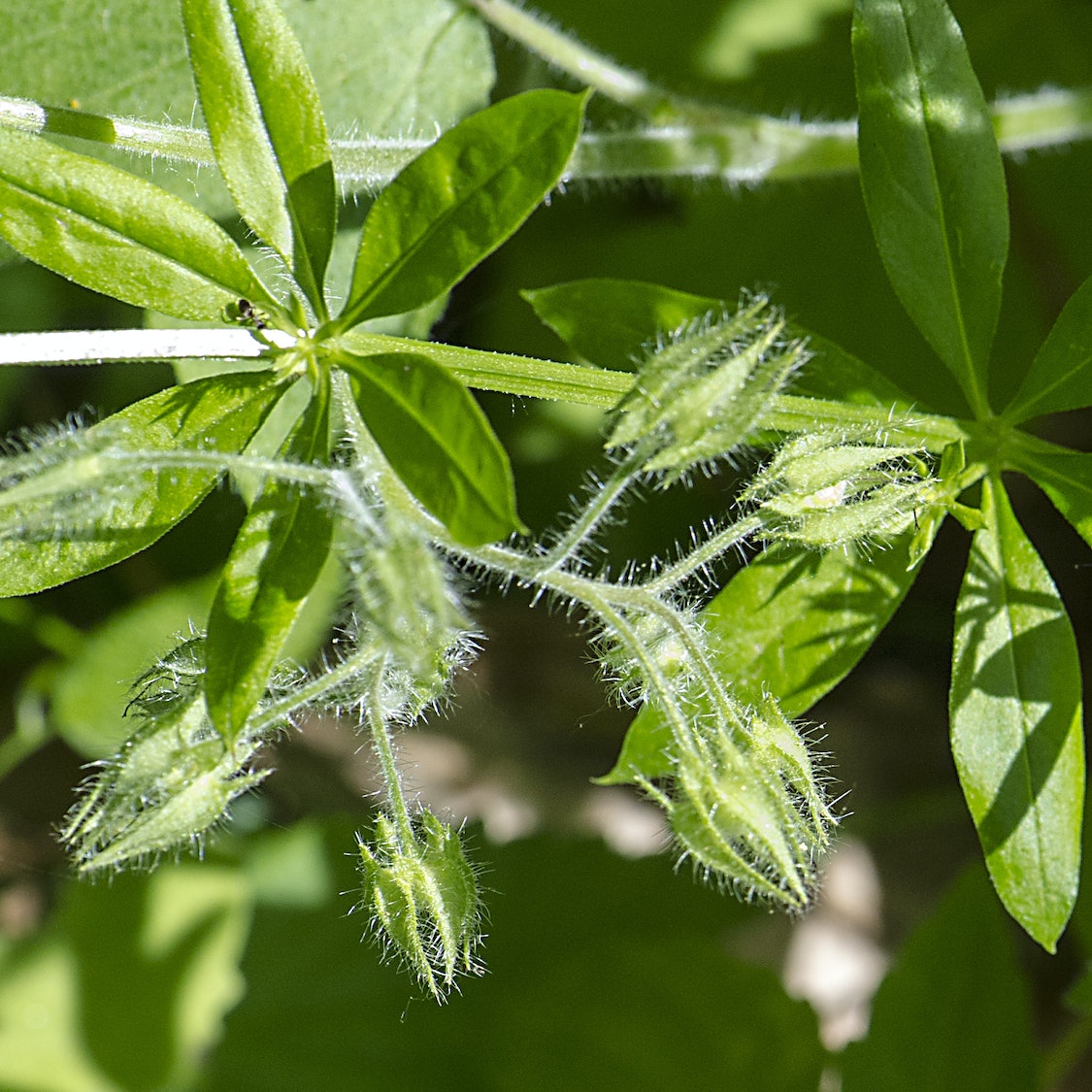 Here you can see the seed inside a couple of the capsules that I broke off the main plant. 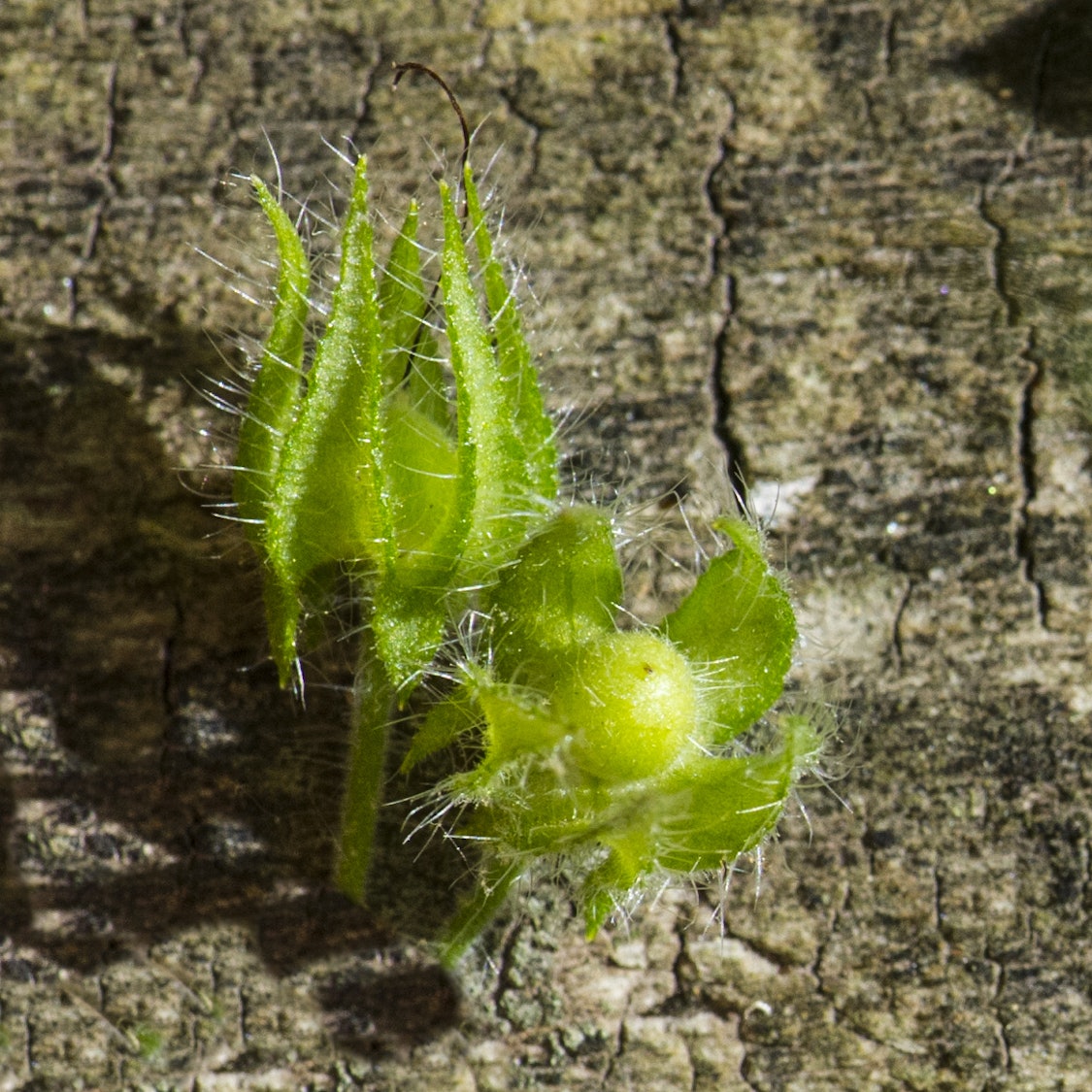 Great Waterleaf thrives beside Wild Ginger, Spring Beauties, and other plants, and it is not stopped by Garlic Mustard. By the time it is blooming, it is tall enough to stand its ground amid Coralberry bushes and Virginia Creeper vines.

The photo below shows an entire mature plant against an old oak tree with Aunt Lucy plants at its feet and much understory growth around. It is not very sturdy. This plant, sadly, was badly damaged by hail about a week later. 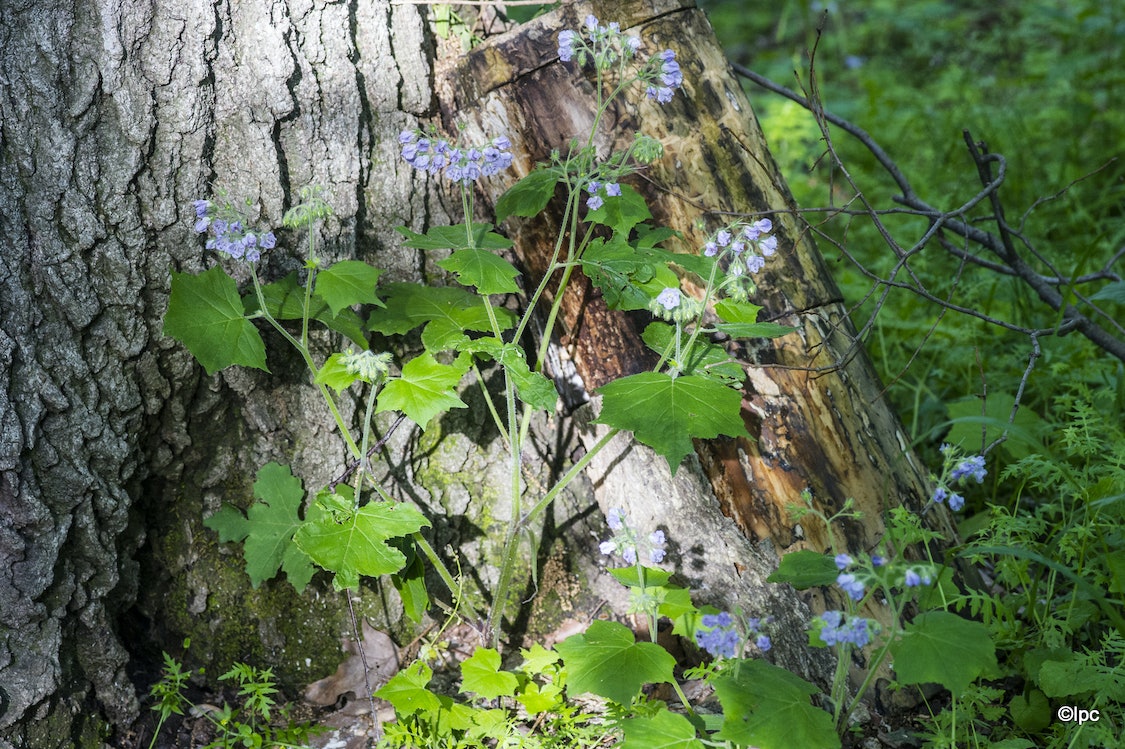 However, clusters of plants help support each other as the winds and rains of May blow the flowers on their weak stems. 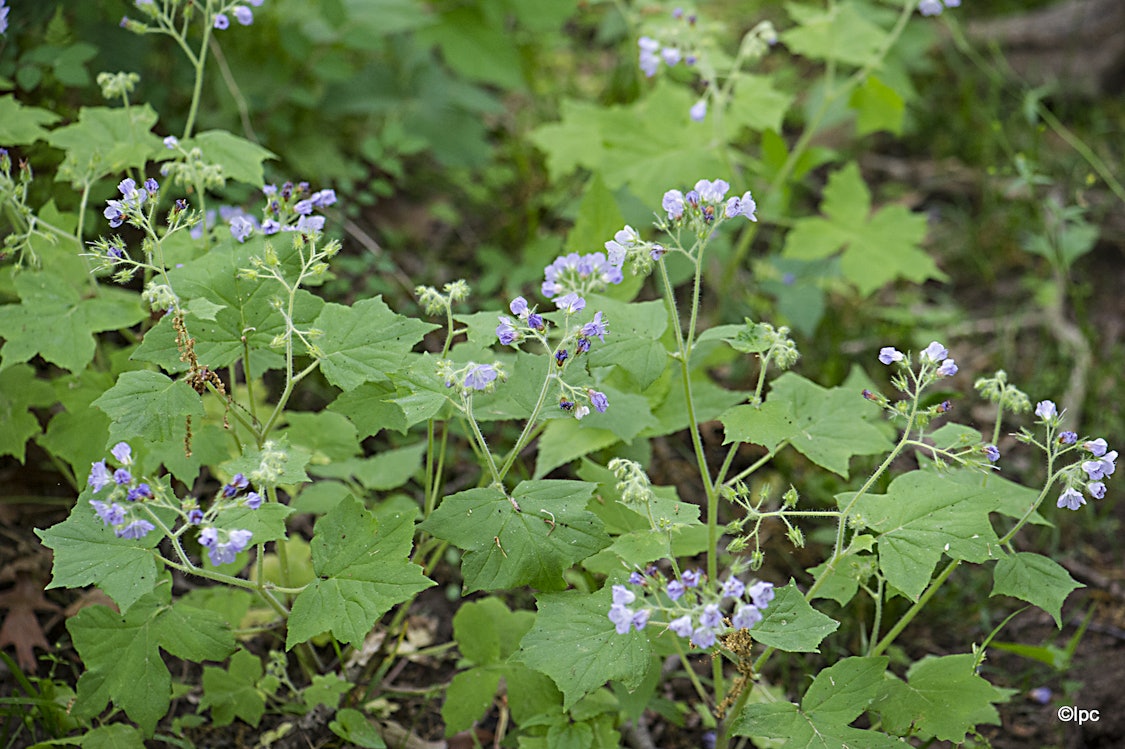 Here one is sheltering and blooming under Jack-in-the-pulpit plants against a rock ledge. 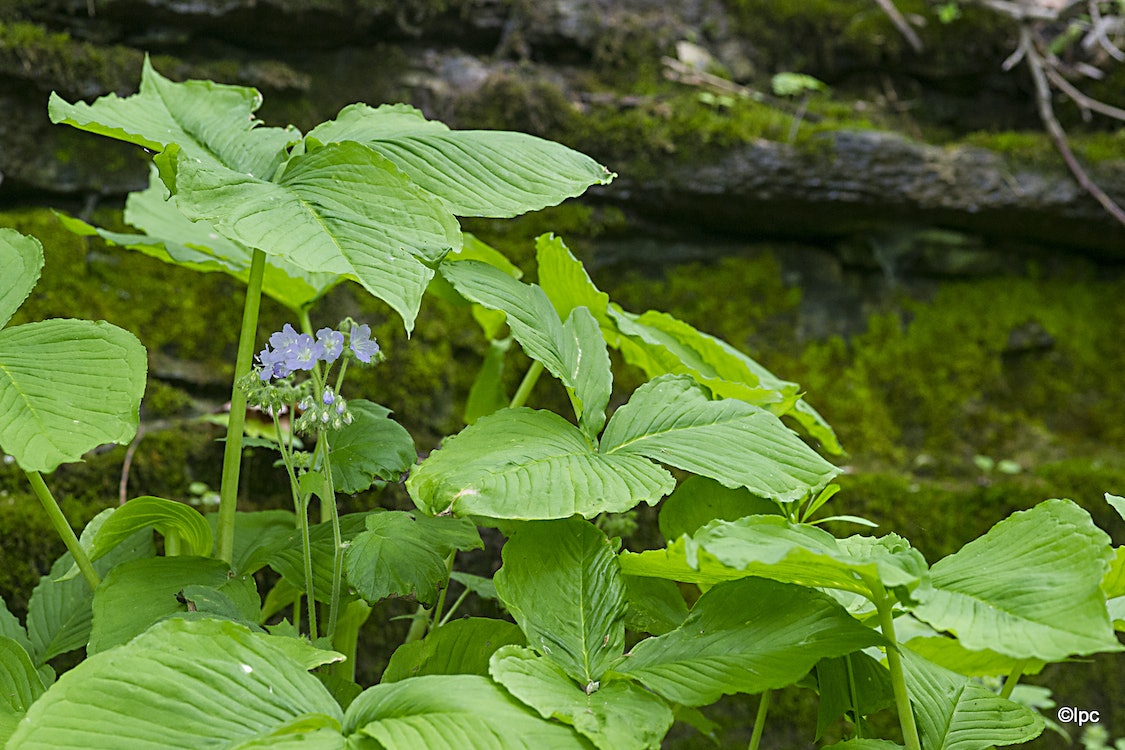 The photo below shows insects enjoy the Great Waterleaf flowers, just as we do, only closer. 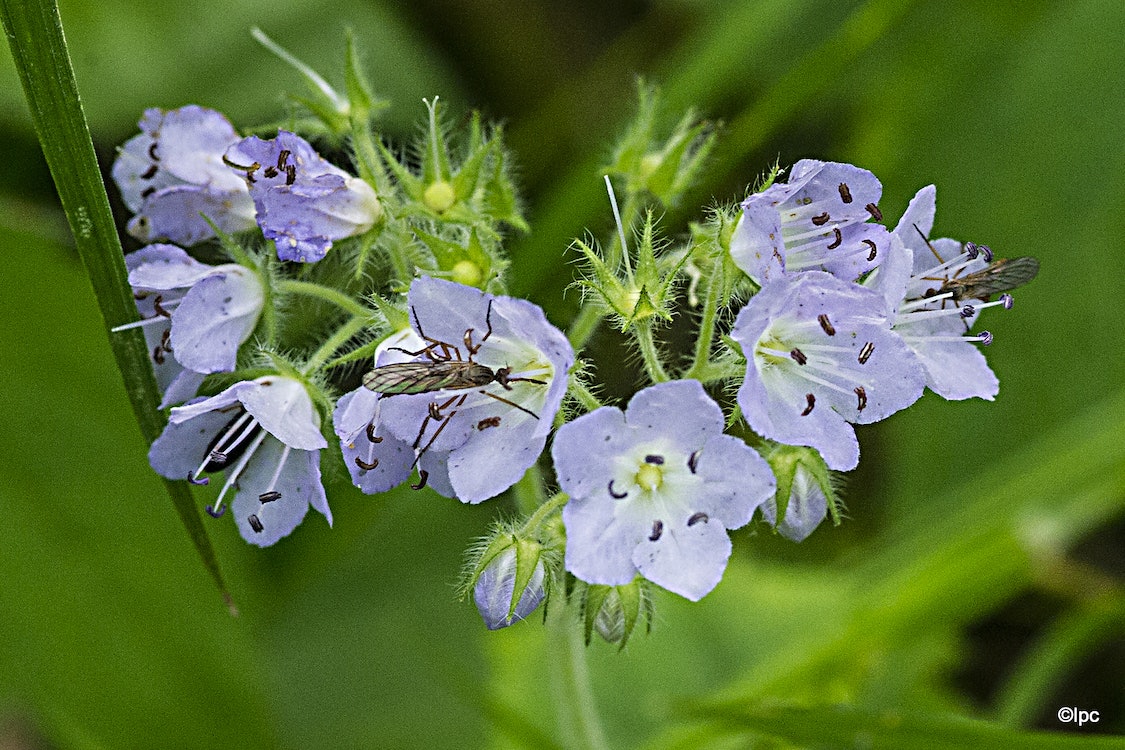 And now the answer to the questions you must be asking. First, what happens to those large, beautiful basal leaves one first sees? Well, they yellow and wither by the time the plant flowers and its many soft, maple shaped leaves have matured. You can see them here, fading into obscurity as the plant bursts into bloom above them. 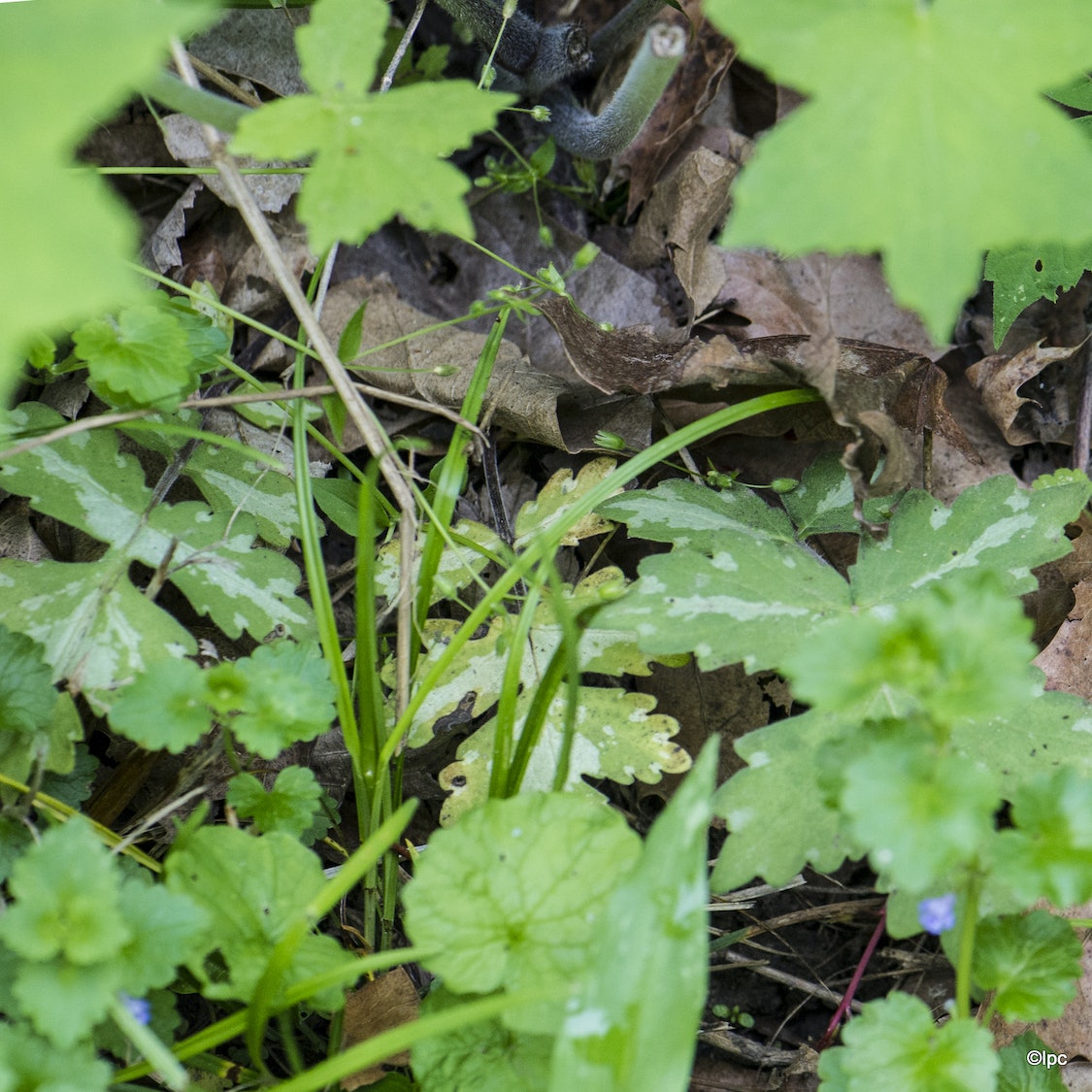 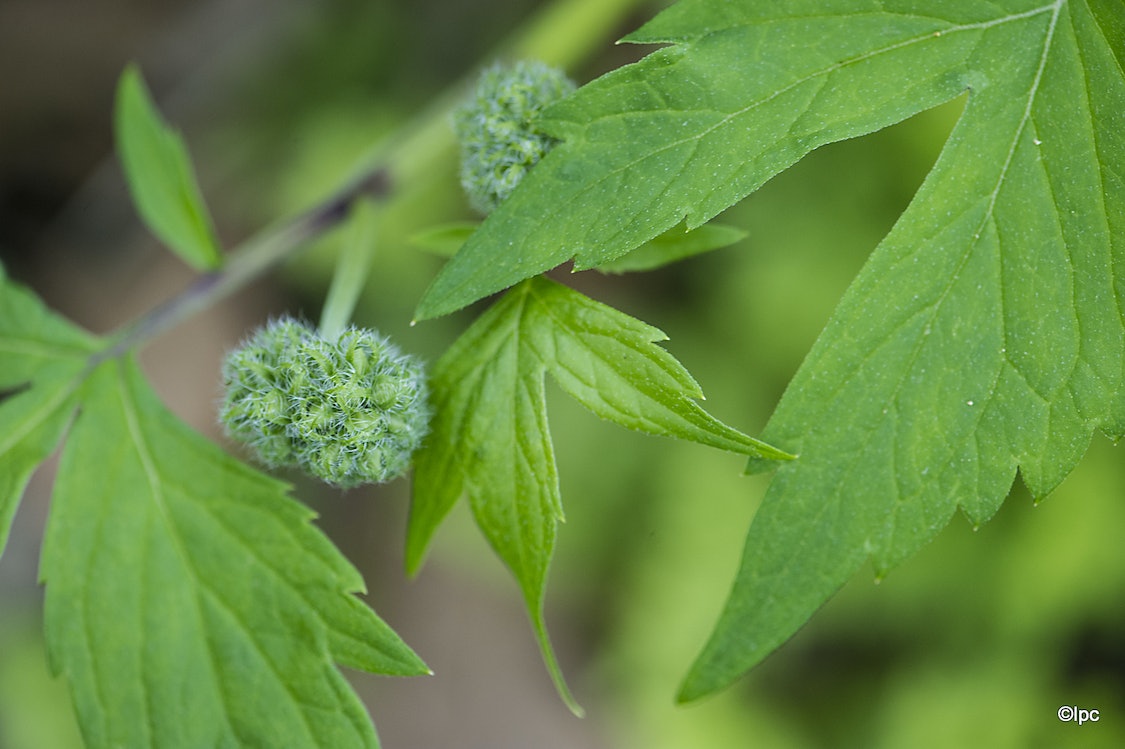 You will see in the photo below that the lower leaves of the Virginia Waterleaf (not just the basal leaves) continue to have the waterspots even as they mature. There are no waterspots on the mature Great Waterleaf leaves. 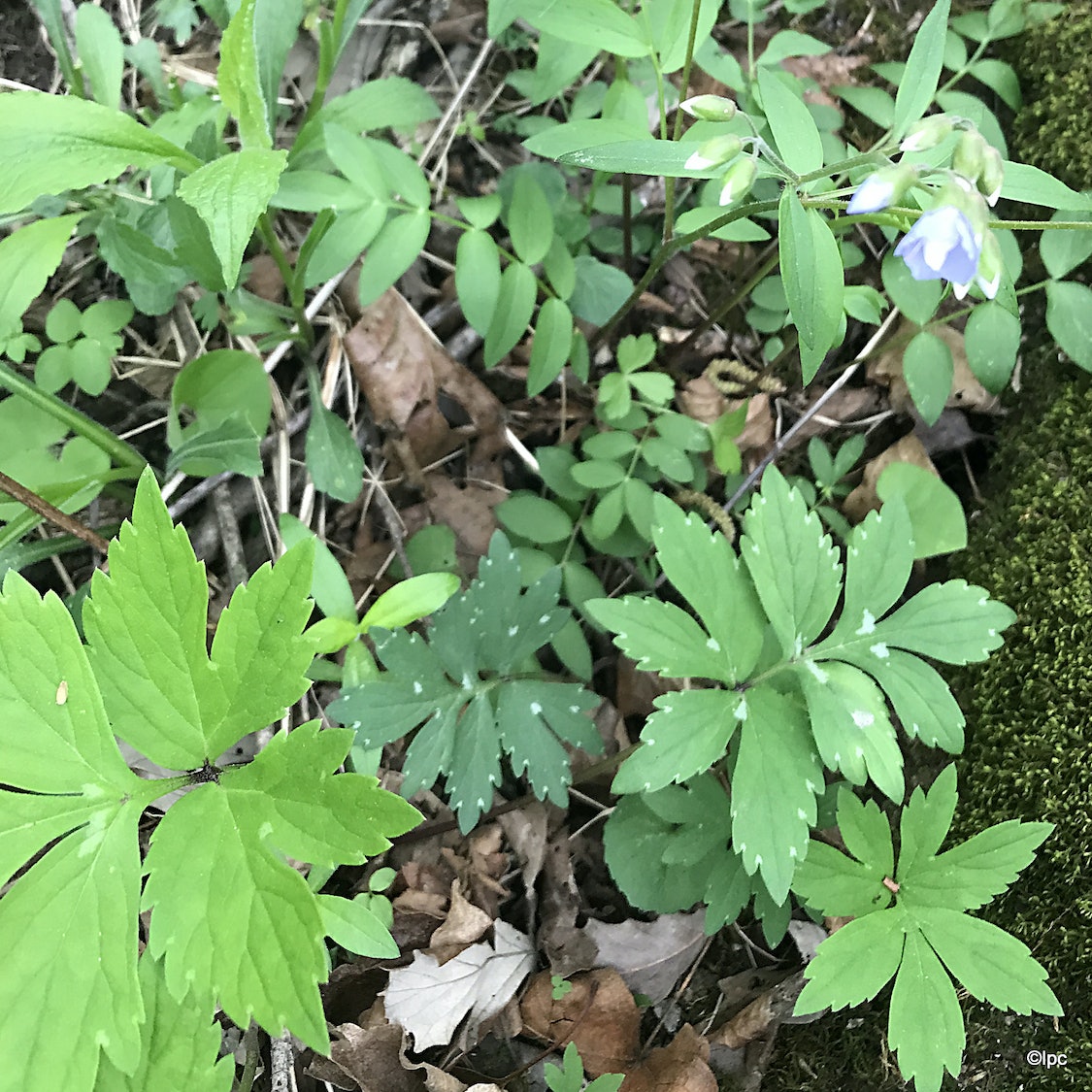 Or you can look at the blossoms to see the unique little appendages that lent their name to the botanical name of Great Waterleaf, Hydrophyllum appendiculatum. Virginia Waterleaf does not have these appendages. 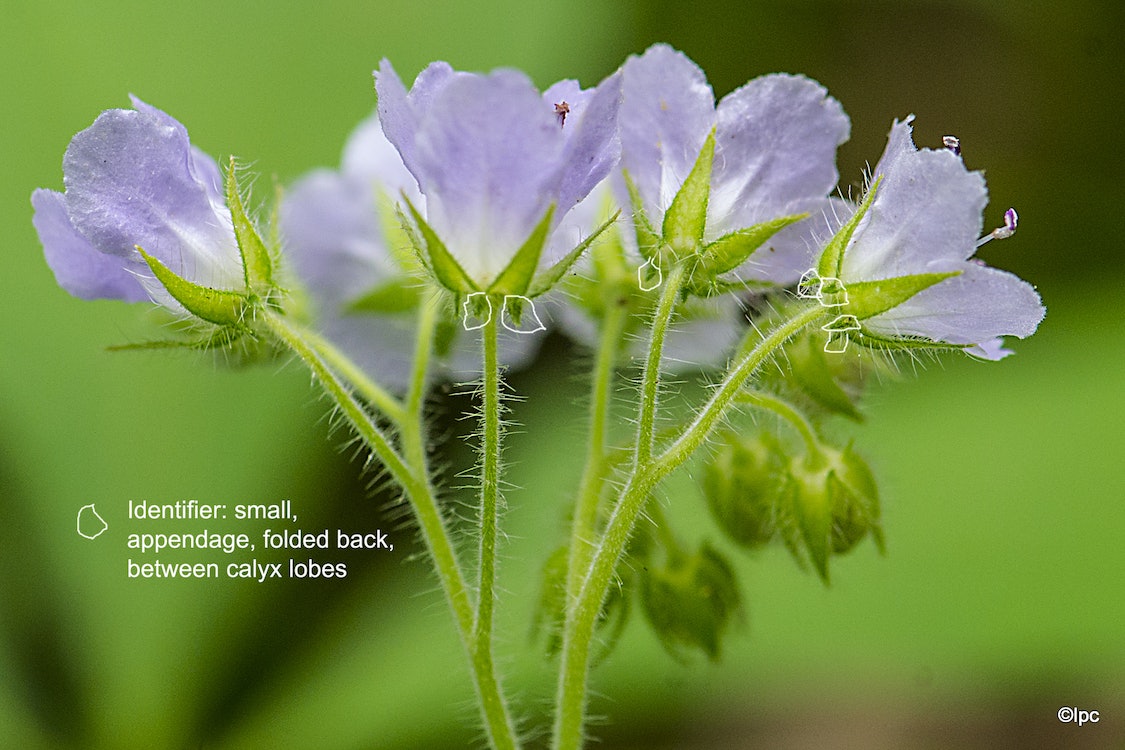 The Minnesota Wildflower site has excellent descriptions and photographs of both Great or Appendaged Waterleaf and Virginia Waterleaf. Both were used as references in writing this post.