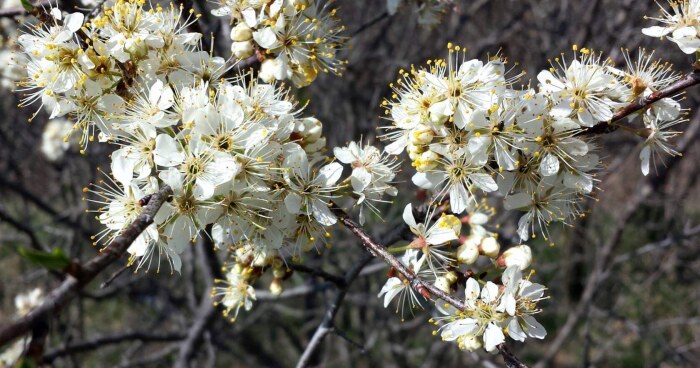 In addition, I severely fractured my ankle in January, requiring surgery, ten non-weight-bearing weeks, and ongoing physical therapy. Although I'm getting around with a cane now, I don't walk well on uneven ground, which limits my wildflower spotting.

The upshot is that I will probably rely on guest authors and photographers even more than last year. Please let me know if you have pictures to share, especially of plants I haven't featured yet. (Click here for the full archive, featuring more than 200 species.) Some spring or early summer bloomers which have yet to be introduced to Bleeding Heartland readers include Jacob's ladder, false Solomon's seal, and Four o'clock.

I also welcome guest posts showcasing a favorite trail, park, or nature area, with pictures of different plants that may be blooming on a given day or weekend. Restoration success stories like last year's contributions by Kenny Slocum and Grinnell College students are also well received.

This week's featured plant is a shrub or small tree. Wild plum (Prunus americana) is native to most of the U.S. and Canada. Also known as American Red Plum, these plants can thrive in a range of habitats, from roadsides to woodlands to open fields or prairies. The Illinois Wildflowers and Minnesota Wildflowers websites have botanically accurate information about various parts of the trees.

Mike Delaney's restored Dallas County prairie and woodland has provided fodder for many Iowa wildflower Wednesdays. Last weekend he offered to drive me out for a look at wild plum blooming. Most of the plants were so close to the woodland edge that I could photograph them from the passenger seat.

It was windy, so Mike held one branch still for a while. 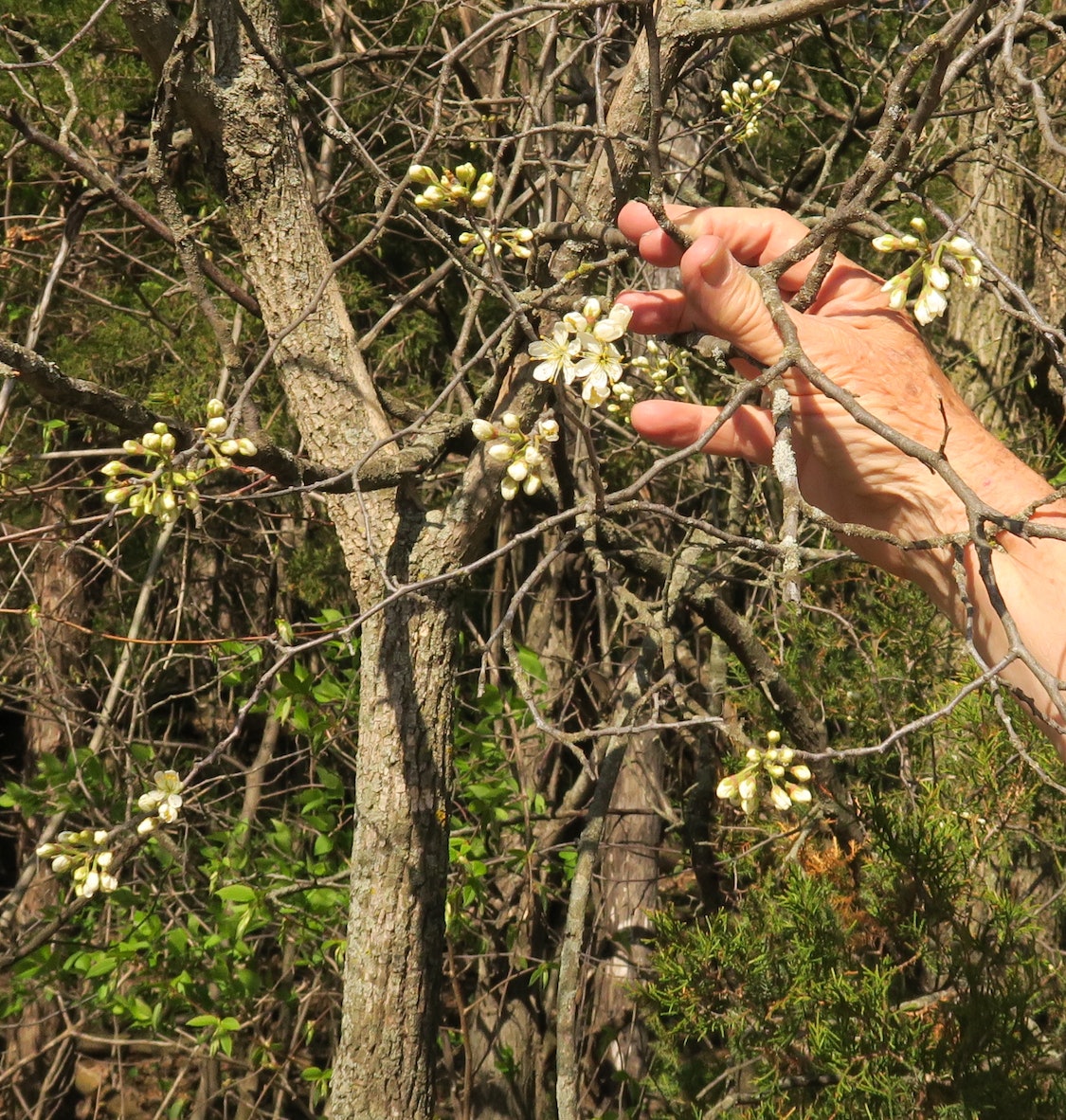 Some buds were on the verge of opening: 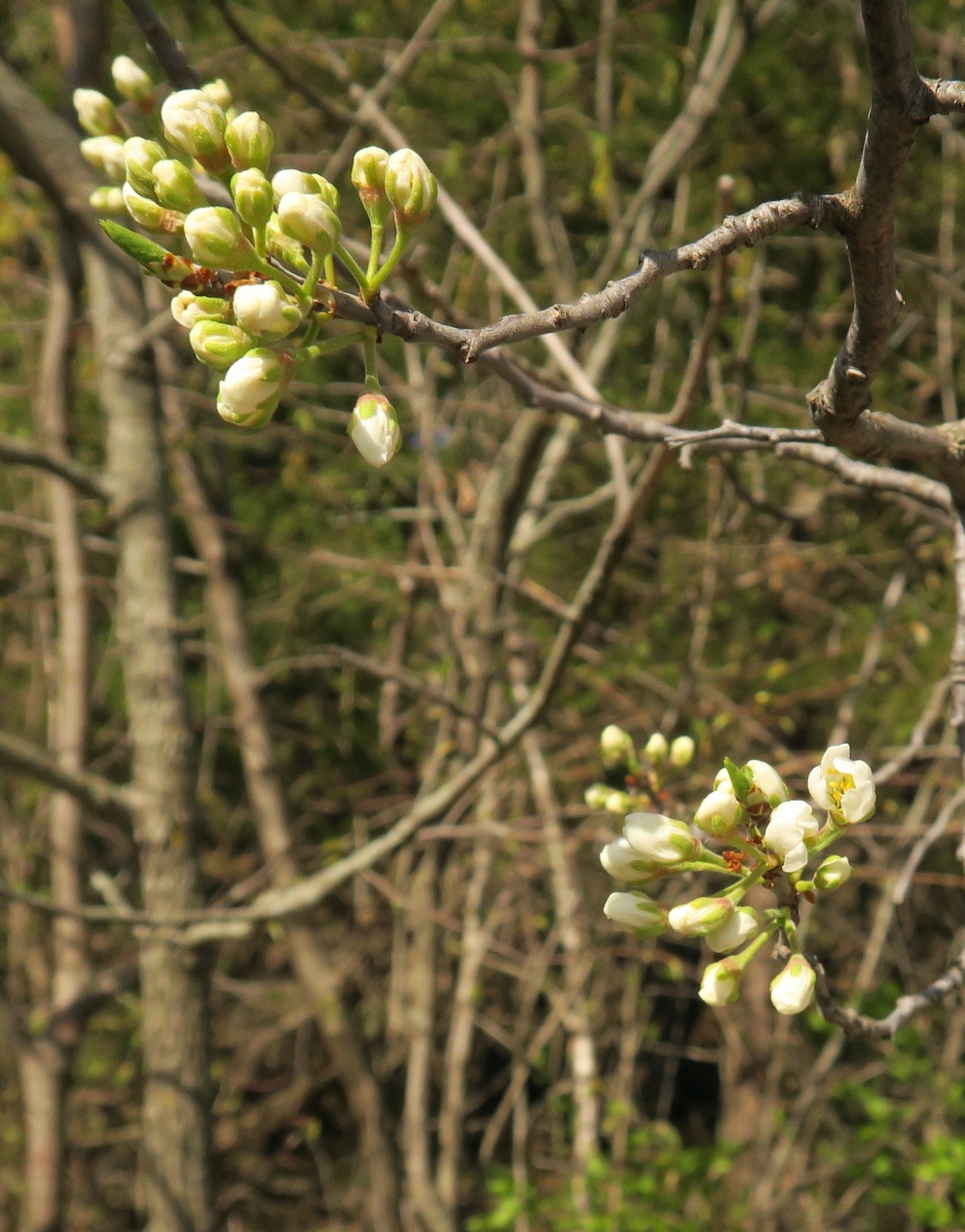 Other wild plum trees were mostly in flower already: 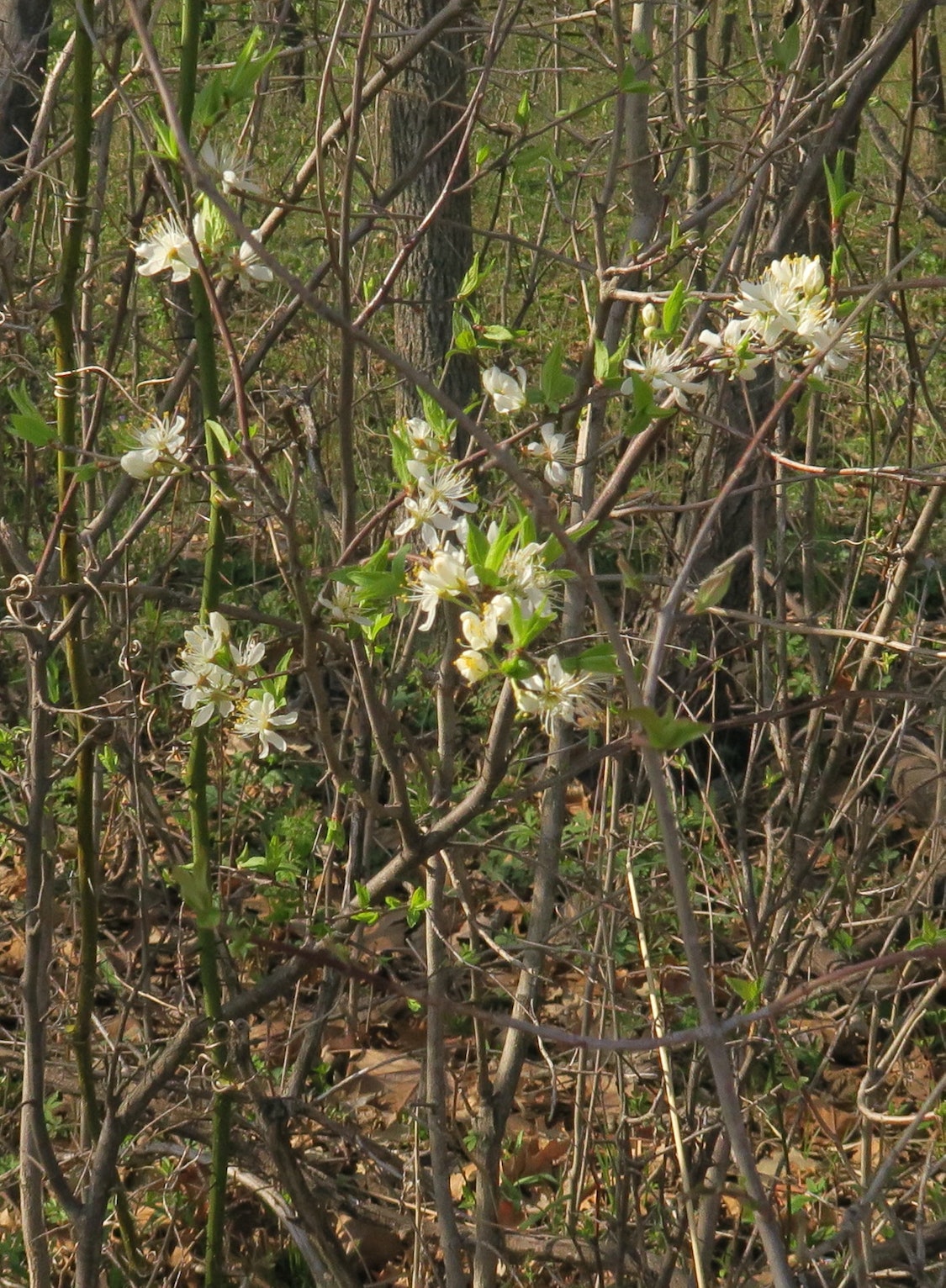 John Pearson of the Iowa Department of Natural Resources gave me permission to publish his closer view of wild plum blooming in Kish-Ke-Kosh Prairie State Preserve in Jasper County. 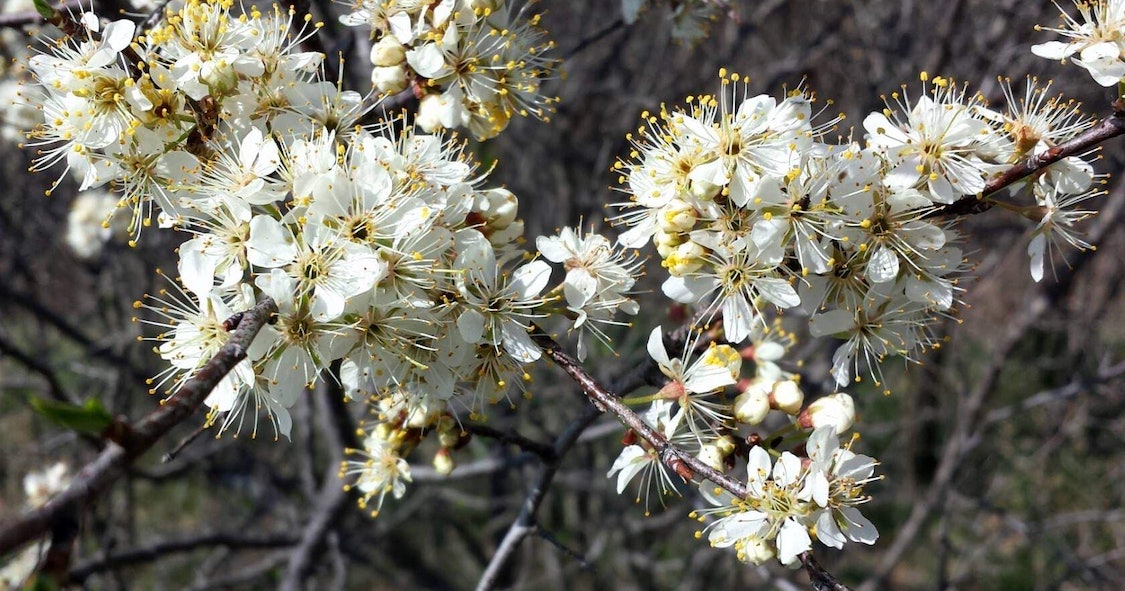 Diane Porter took the next five photographs in Jefferson County. A close view of blossoms: 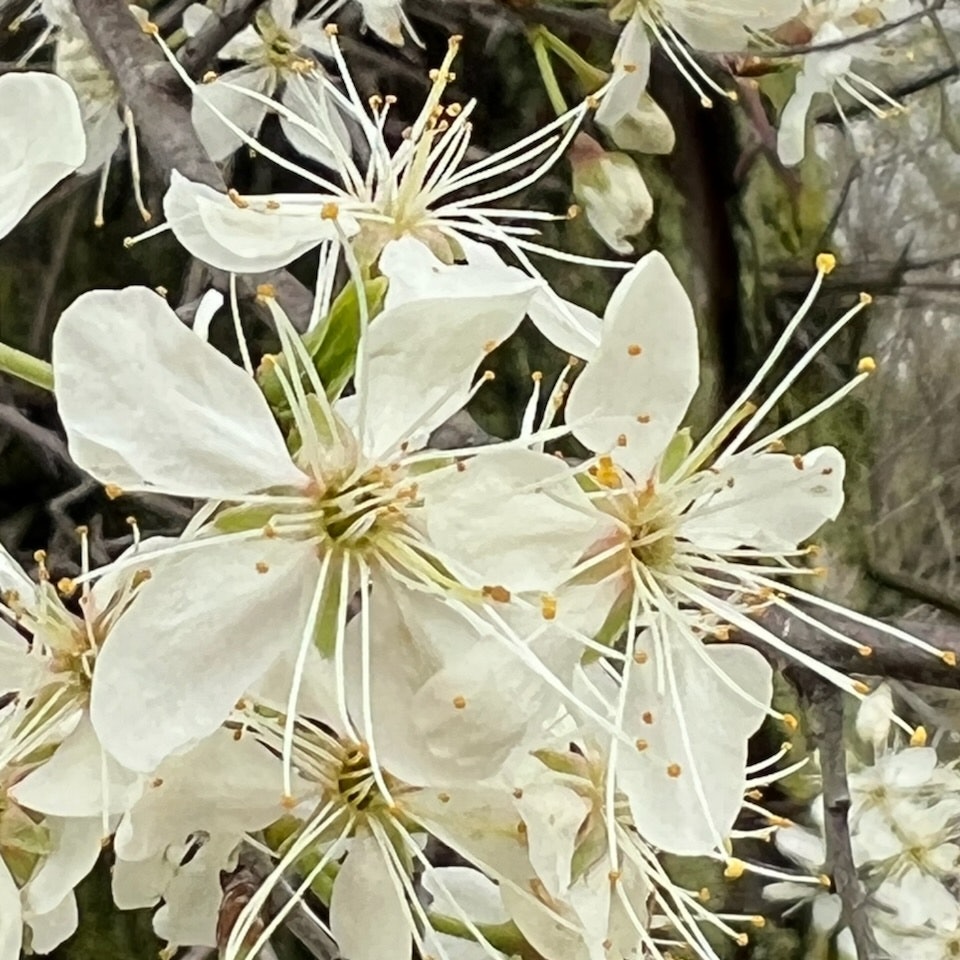 Diane is an avid birder. Here, a female red-winged blackbird is surrounded by wild plum blossoms. 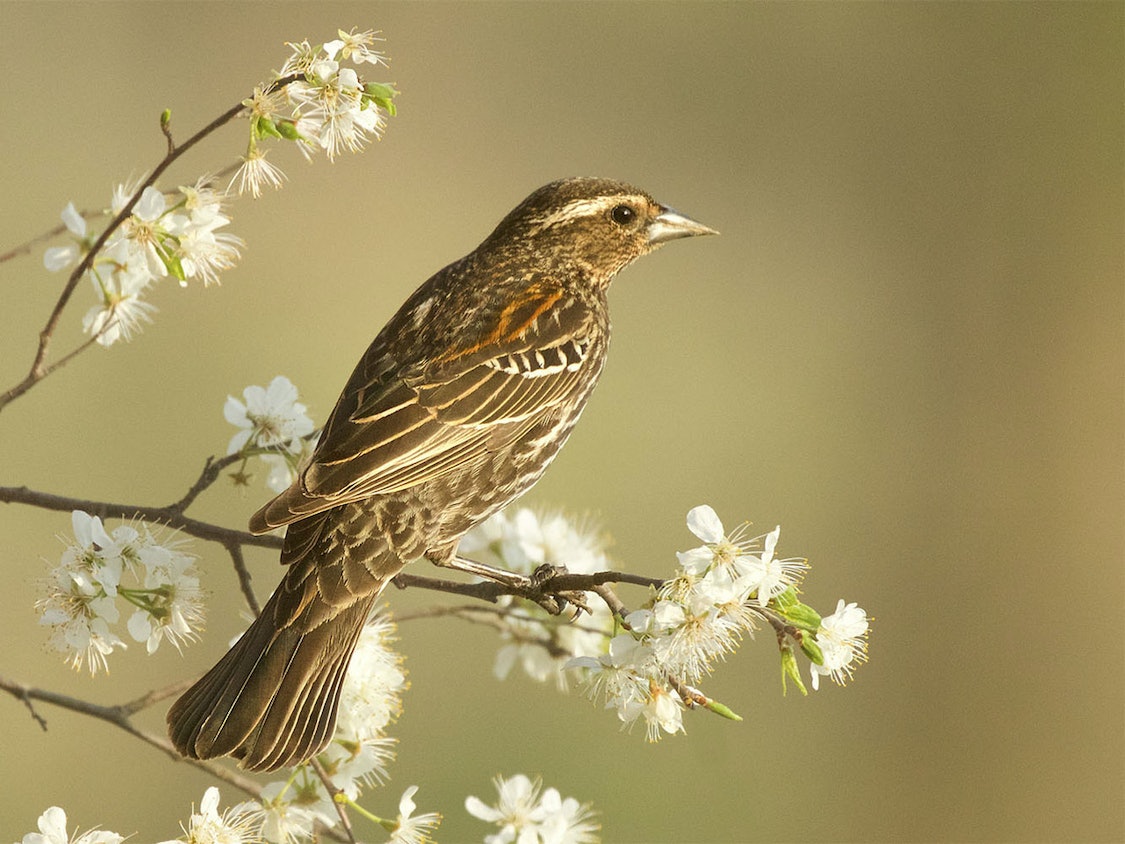 A fine view of a male Eastern bluebird. 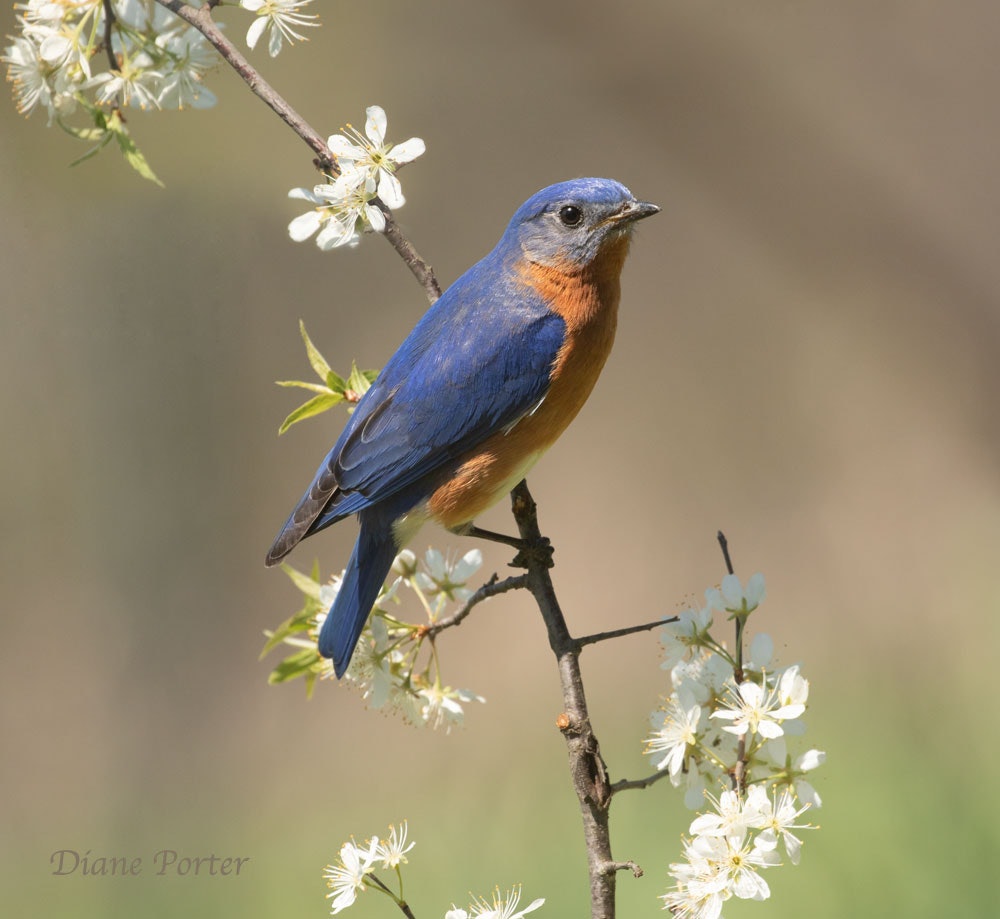 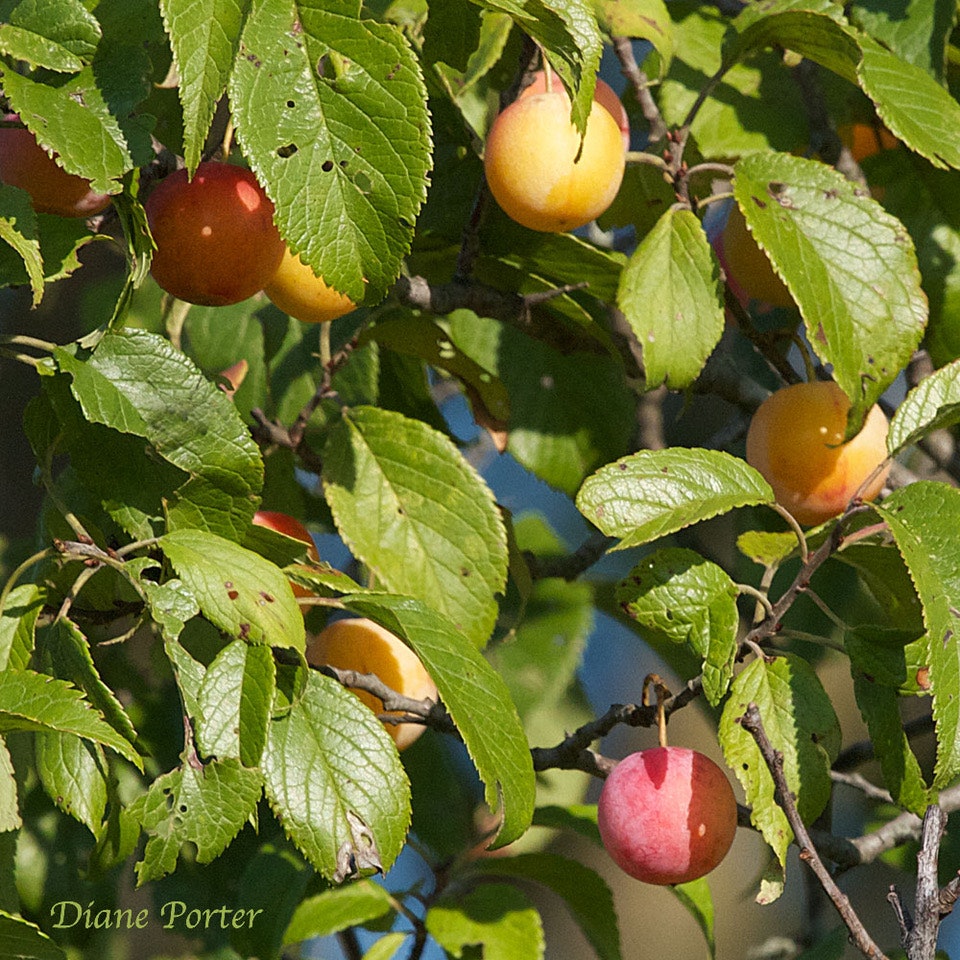 Wild plum fruit are only about one inch in diameter, smaller than cultivated plums. This image by Diane gives a good sense of the scale. 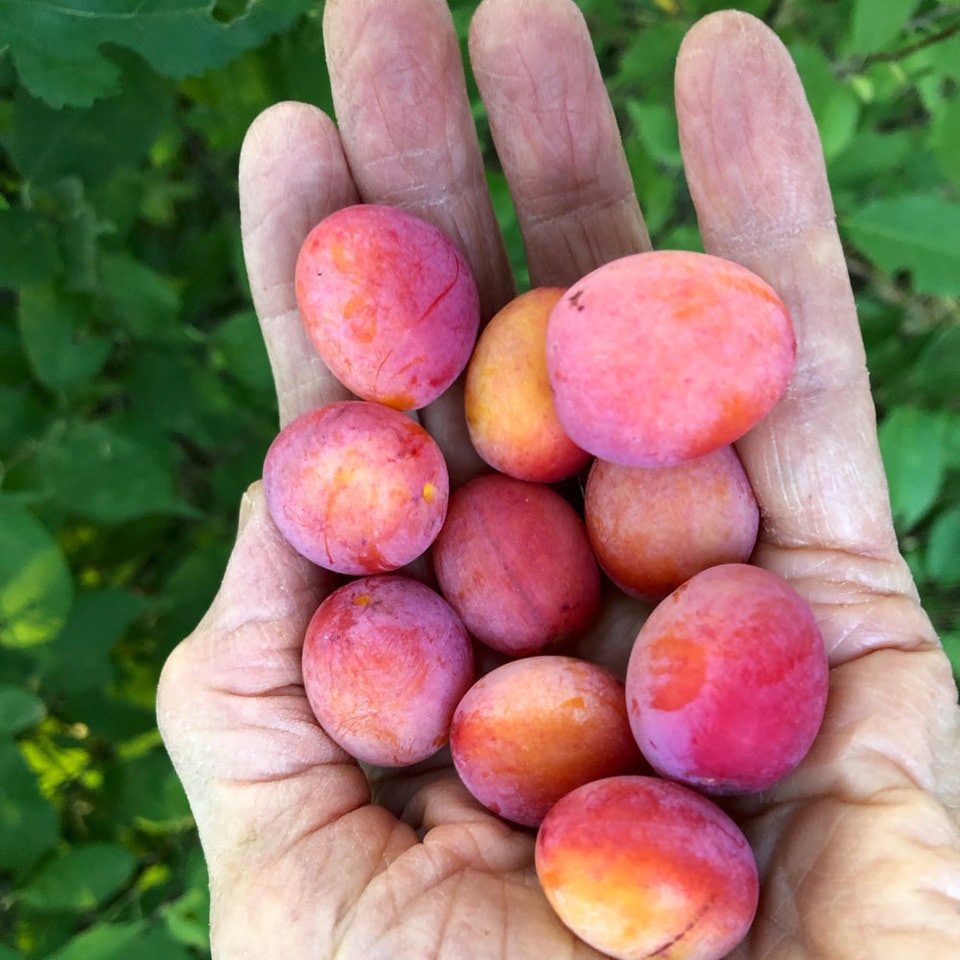 Lora Conrad shared her photograph of a thicket with fruit at the edge of the woods in Van Buren County. 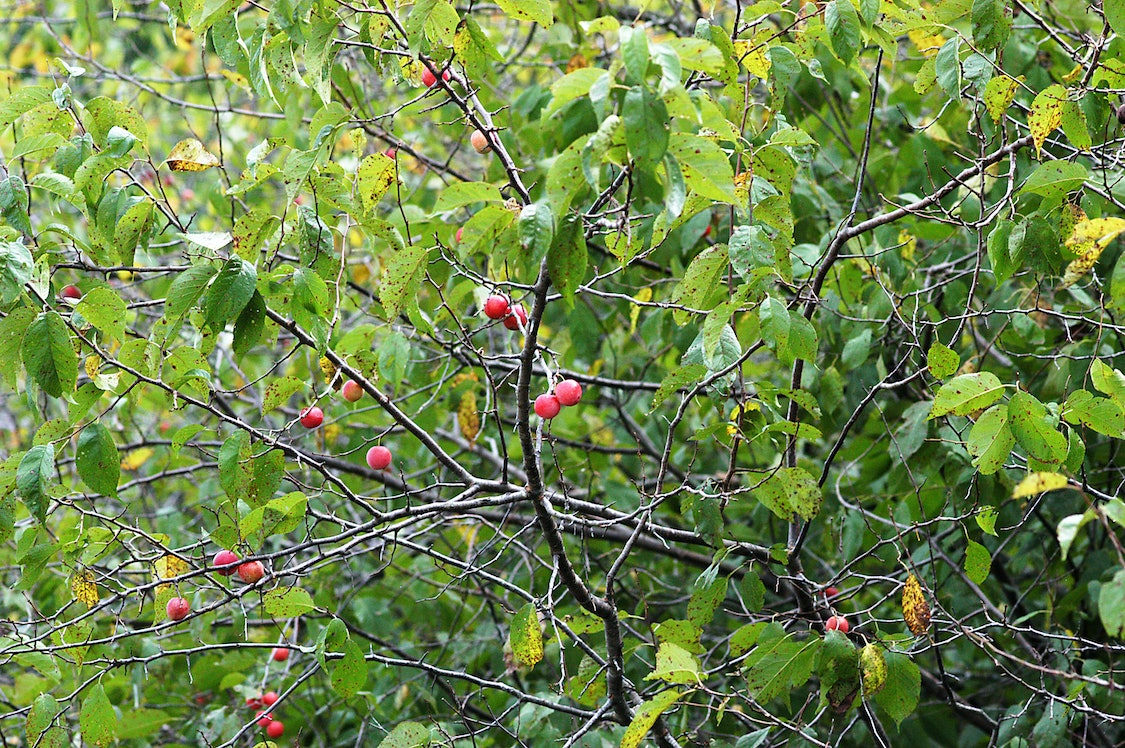 I've never eaten wild plums; Lora described them as "tart but tasty." In southeast Iowa, they tend to be ripe by the end of August. Lora advised, "Do watch out for the plum curculio larvae if you eat them fresh off the bush—just as you would a cherry off the tree in an orchard. It will be at the pit."