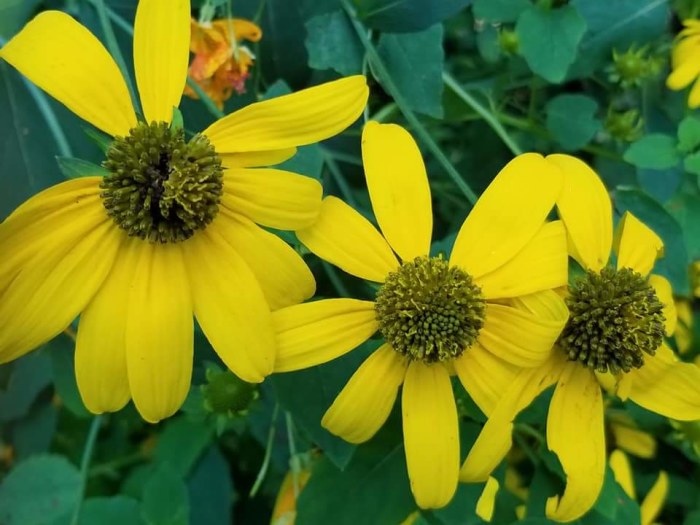 The website dedicated to the Eloise Butler Wildflower Garden in Minnesota says of this plant, “The genus Rudbeckia, is named after the Swedish father and son, – O. J. and O. O. Rudbeck, who were professors of botany and predecessors of Linnaeus. The species name laciniata, is from the Latin meaning ‘slashed’ or ‘torn’ which is the look of the leaves.”

The leaves of cutleaf coneflower are unmistakable, long before flowerheads appear. I took this picture in April one year: 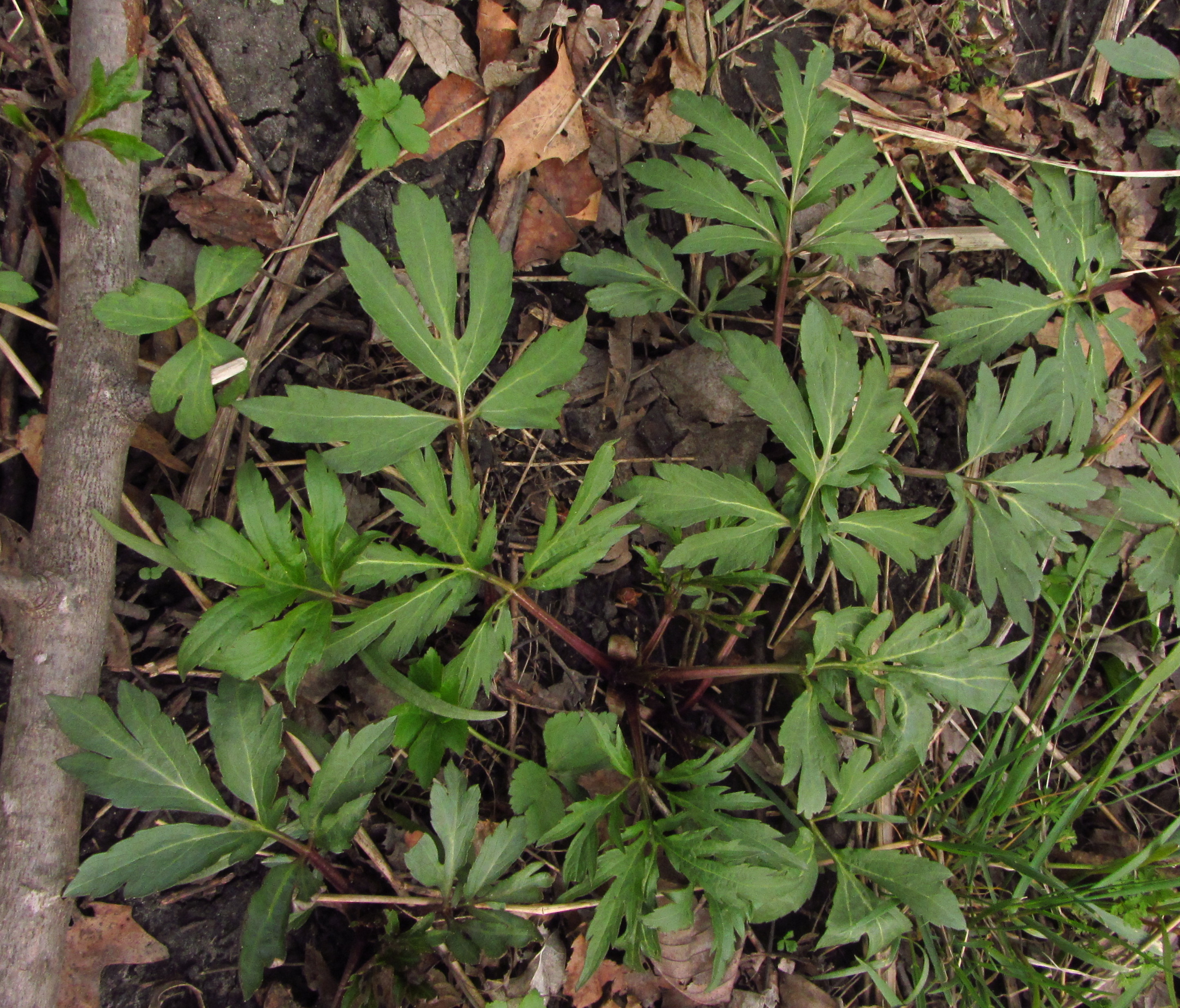 And this one in June: 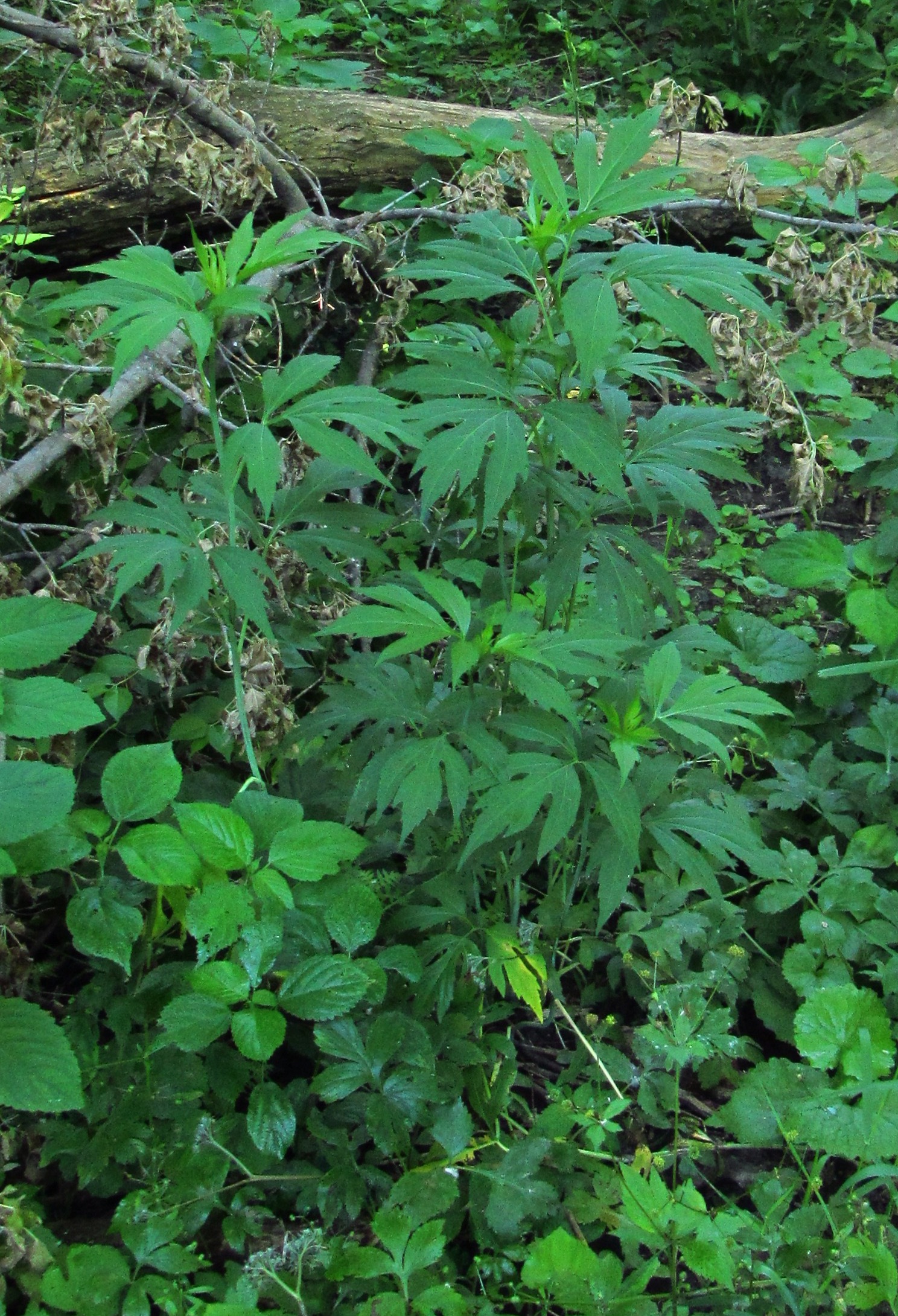 In Polk County, I usually see cutleaf coneflower starting to bloom sometime in August. Asters have composite flowerheads with ray flowers that look like petals and many disk flowers in the center. Here are a few shots of plants that are budding or starting to roll out the ray flowers. Note that higher up on the stem, the leaves are smaller and don’t have lobes. 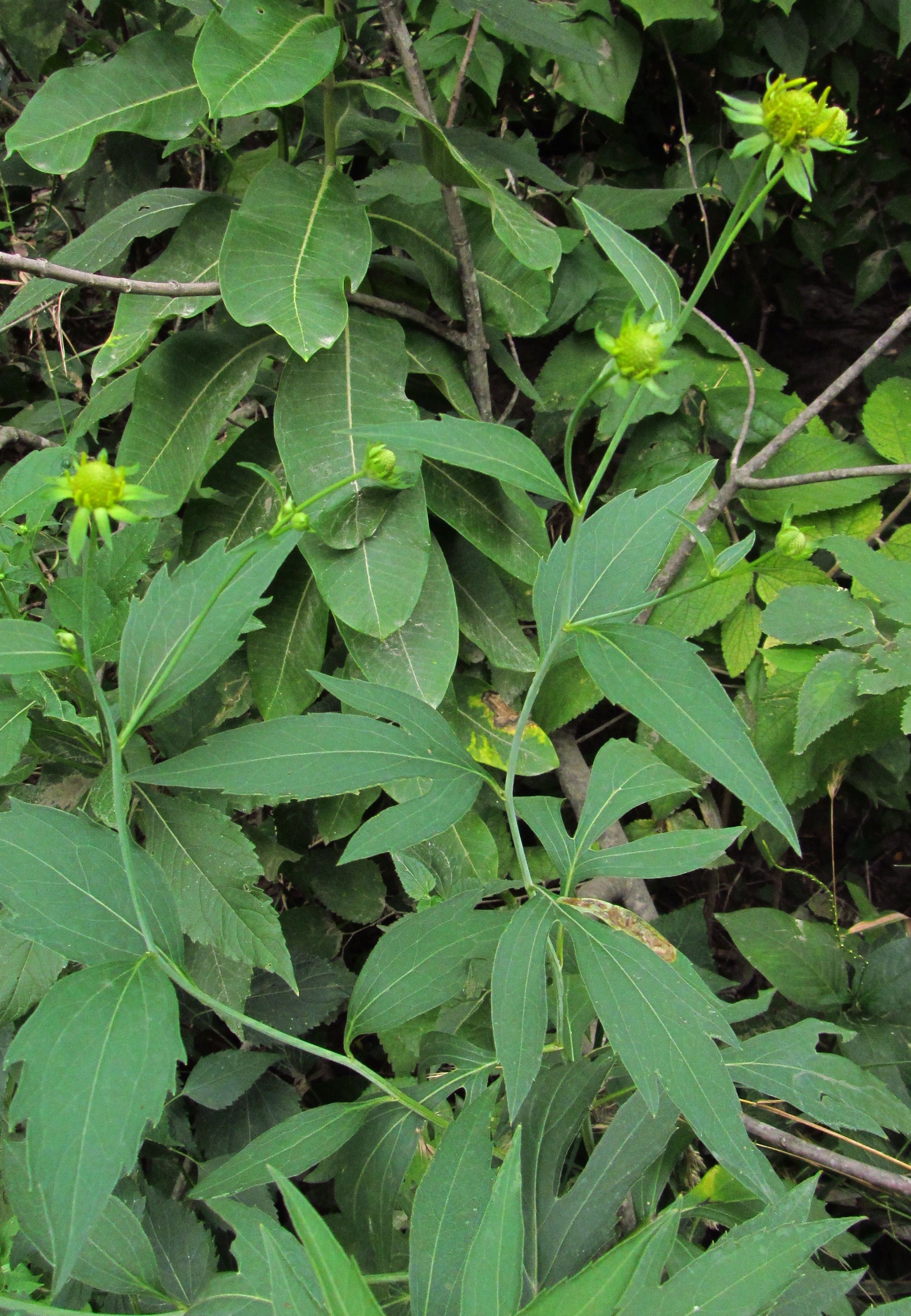 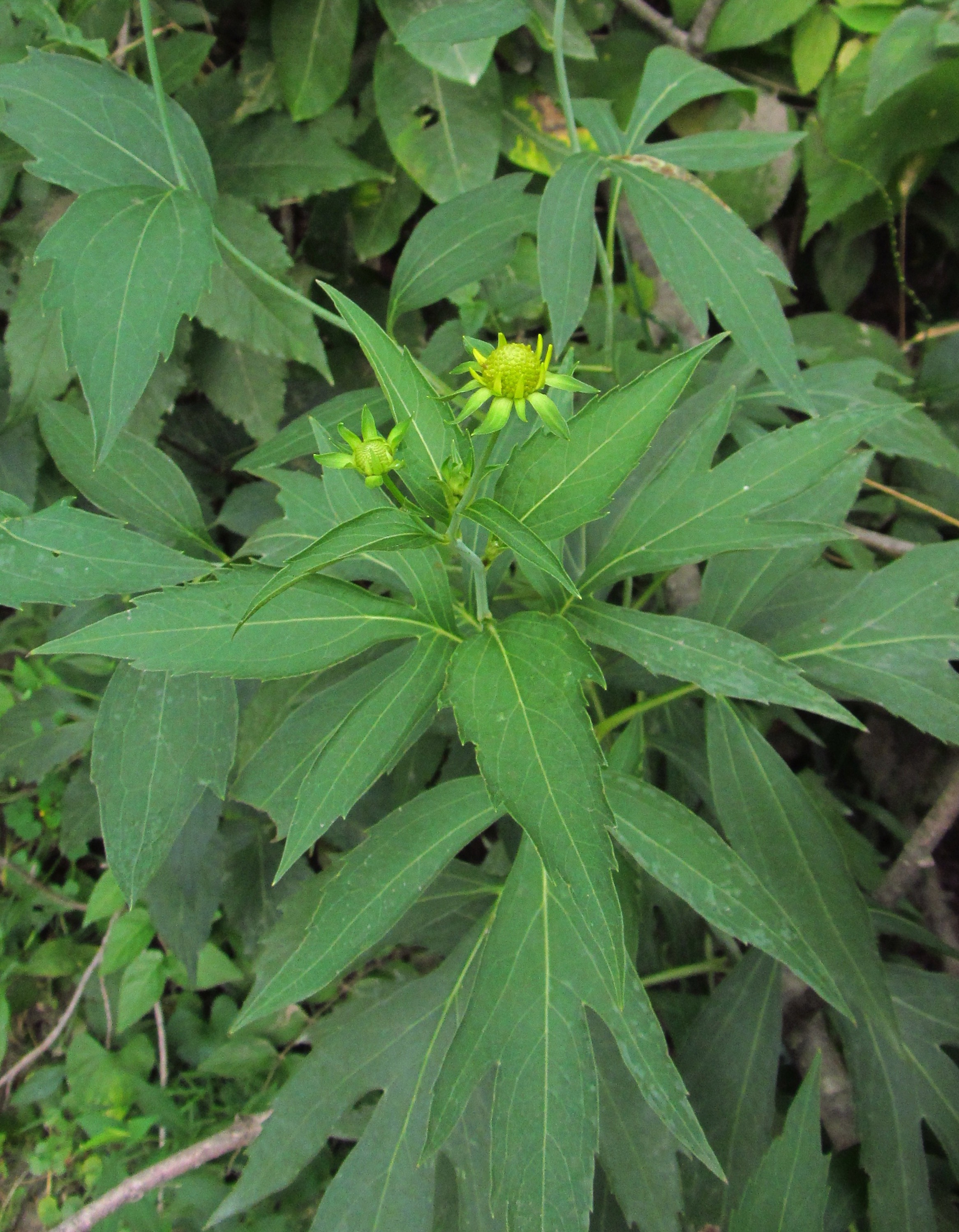 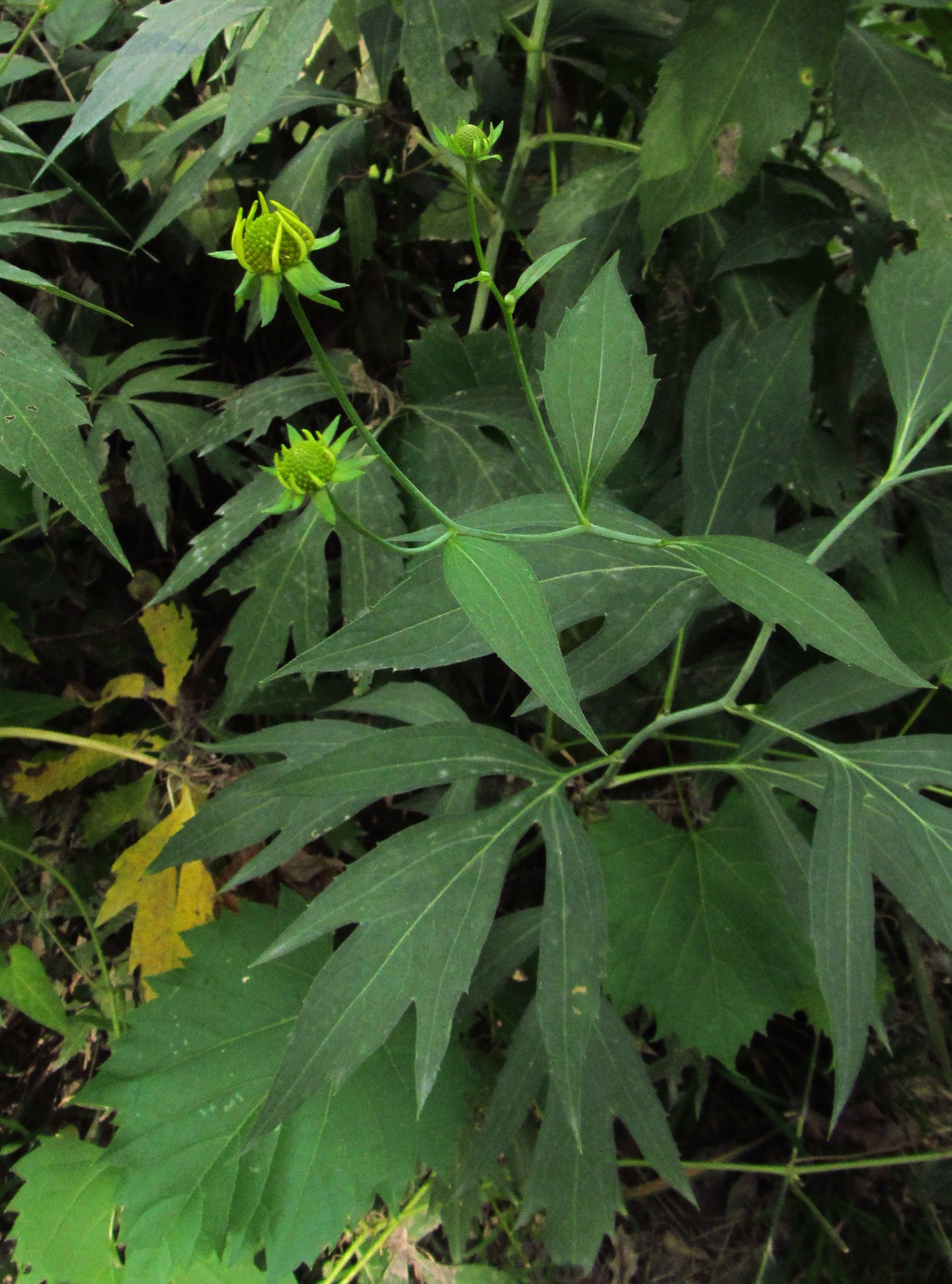 As the alternate name tall coneflower suggests, these plants can be very tall, sometimes reaching heights of seven or eight feet. 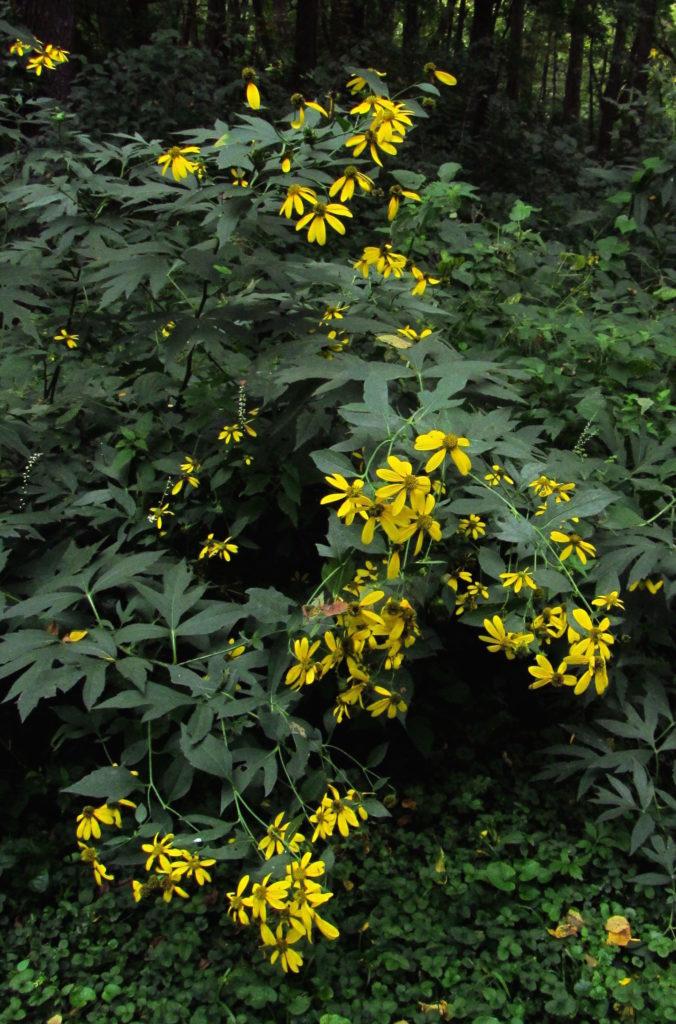 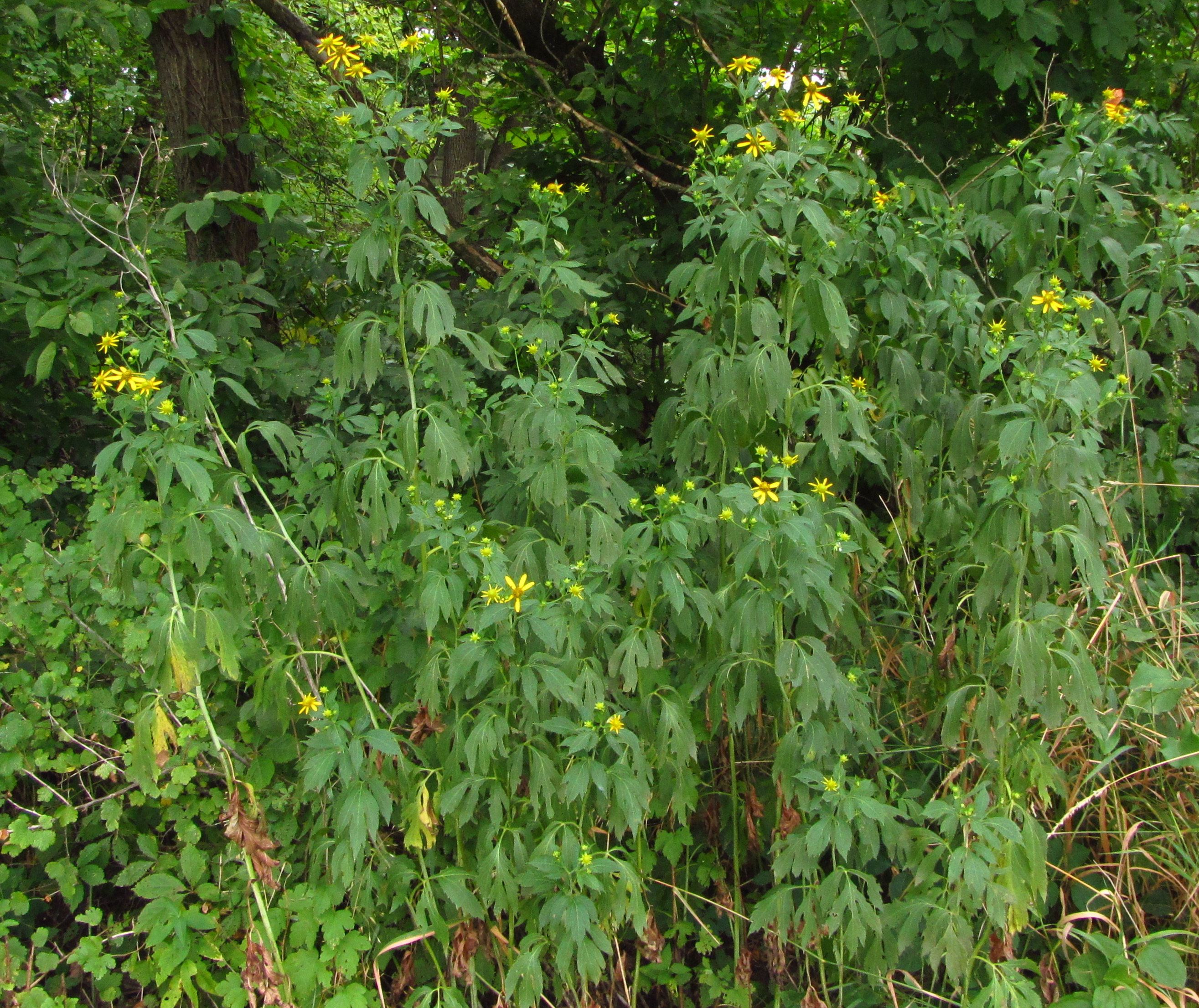 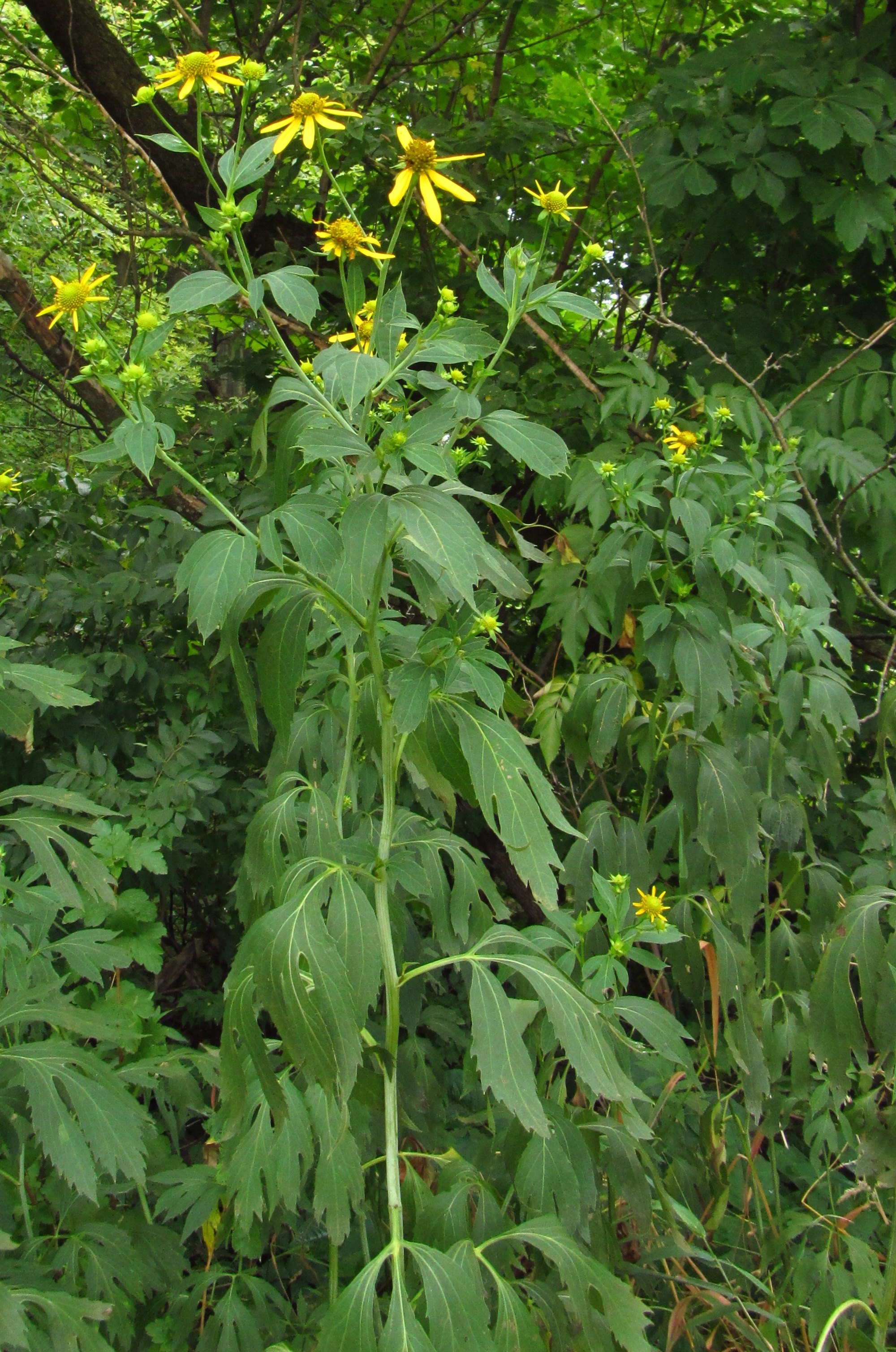 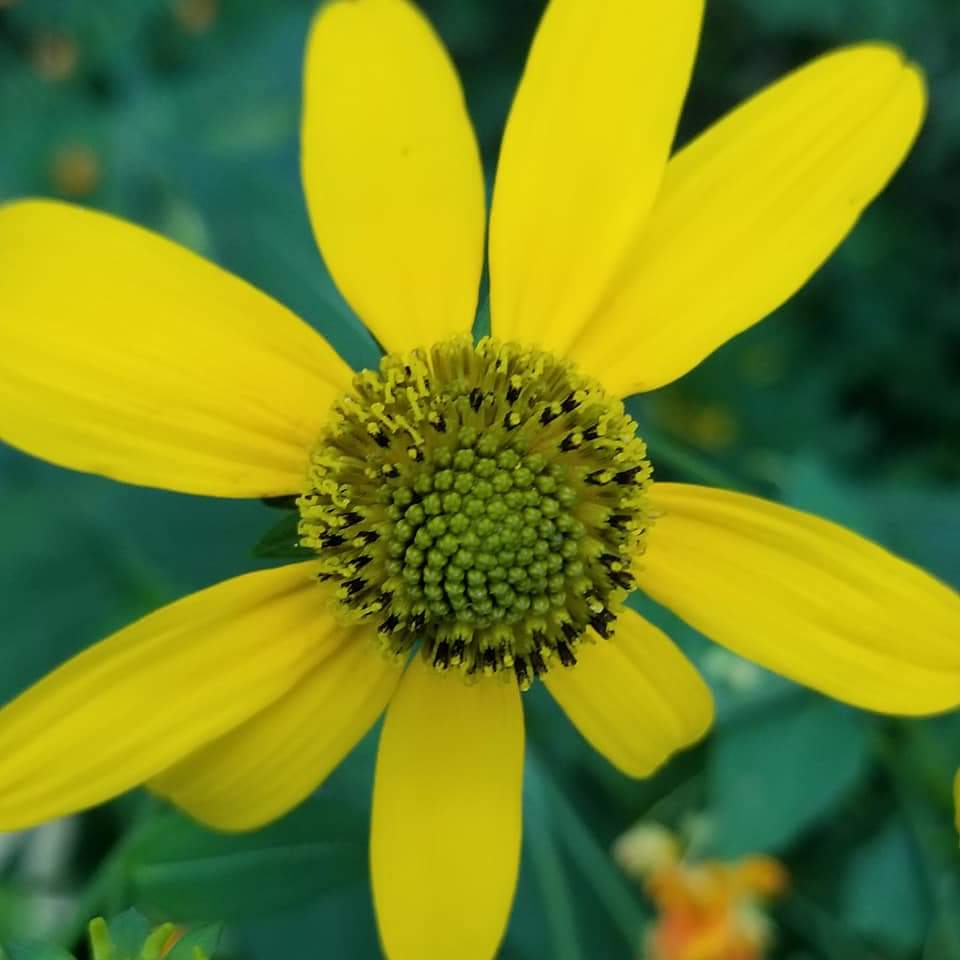 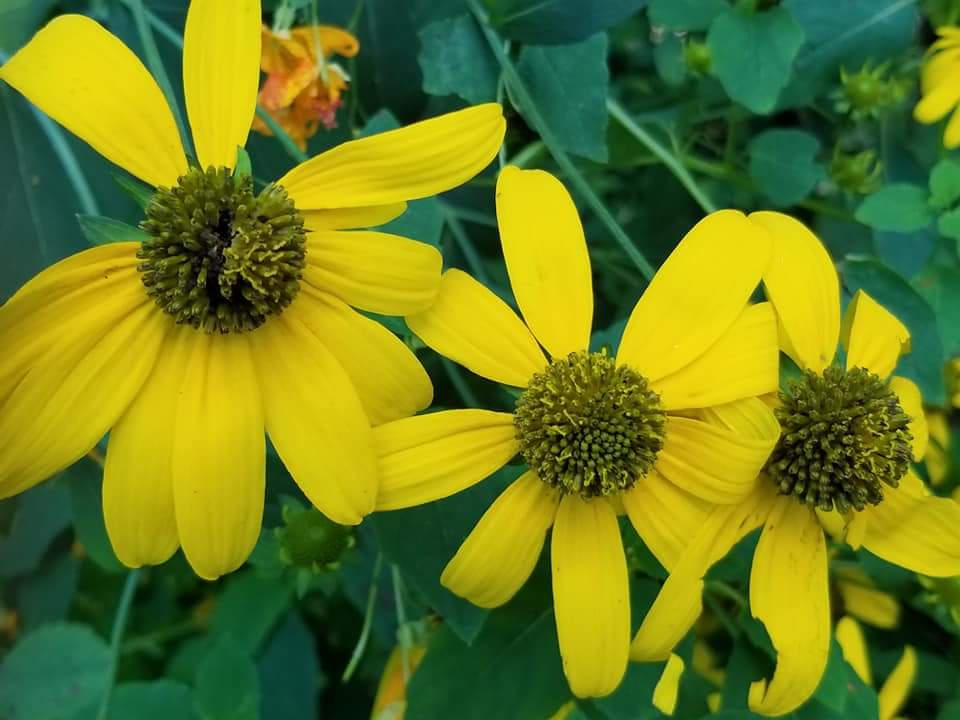 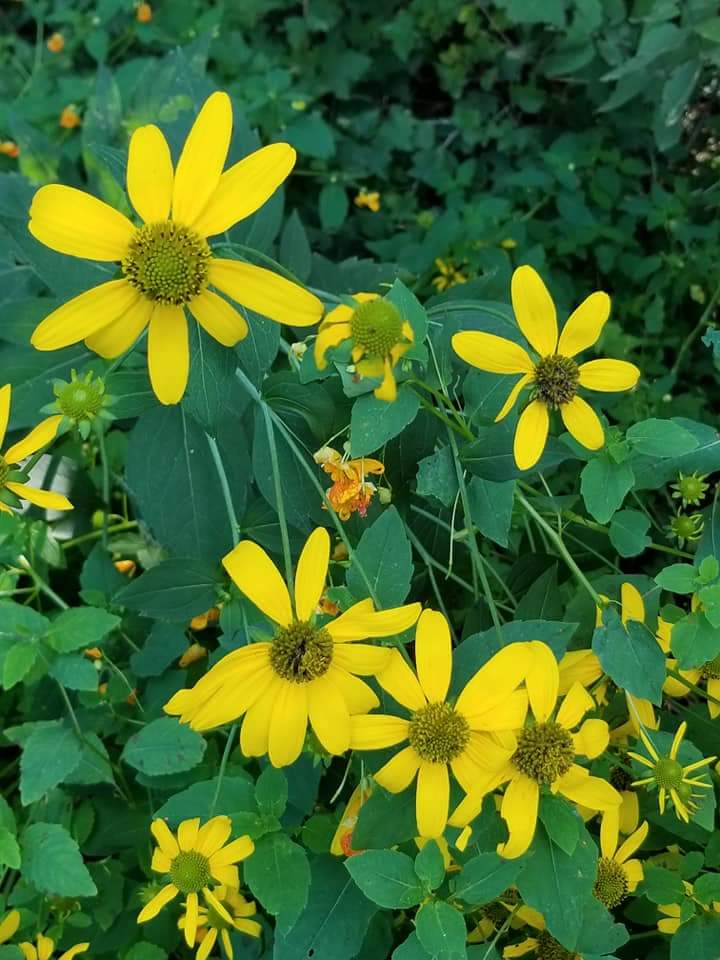 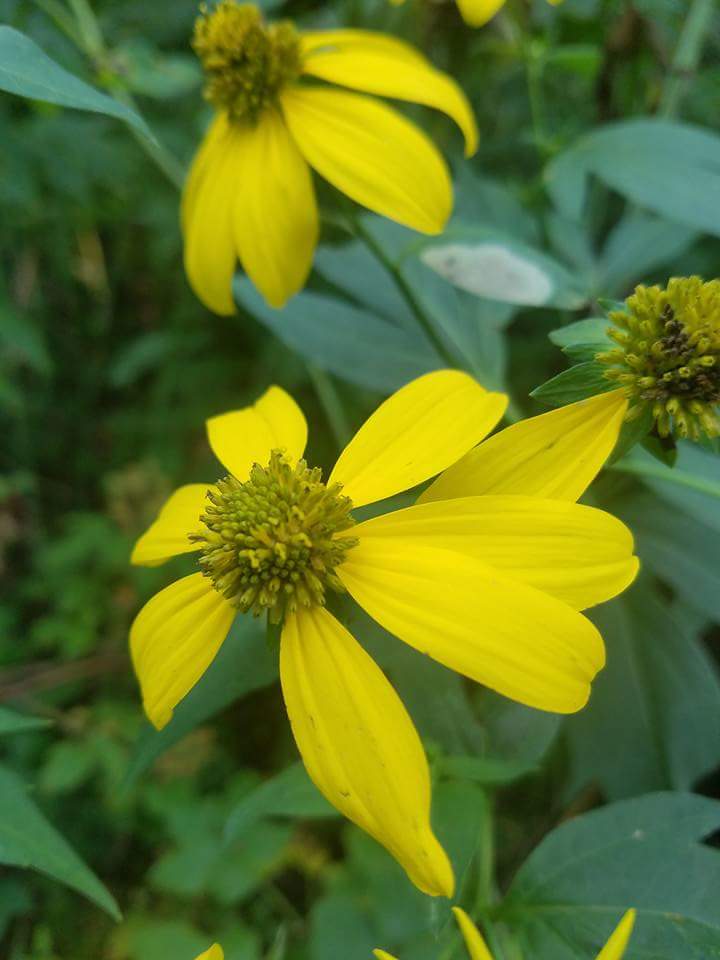 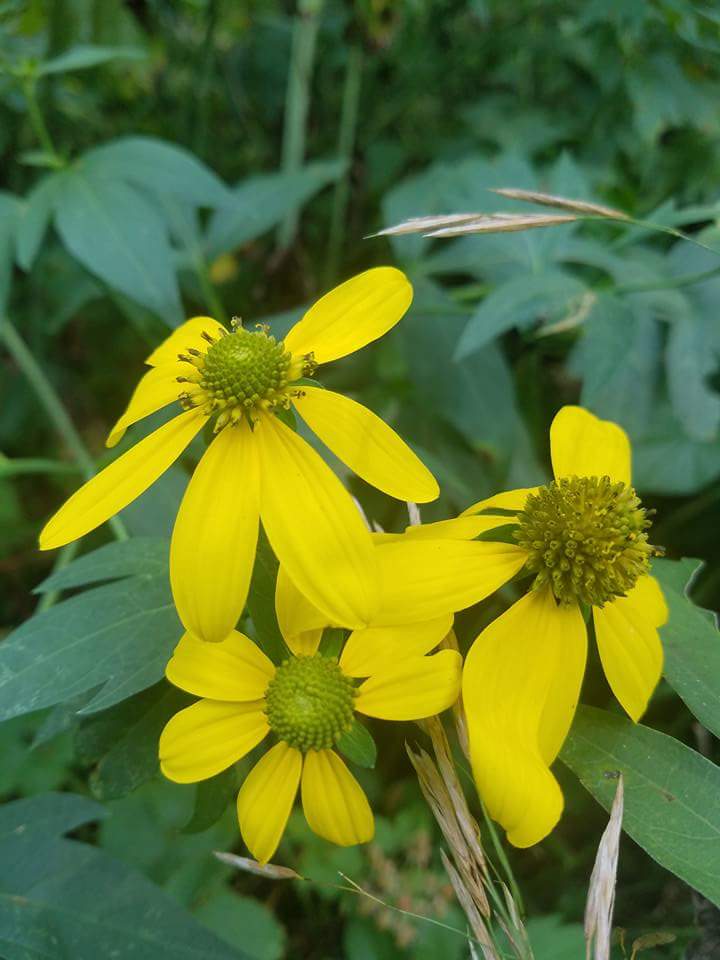 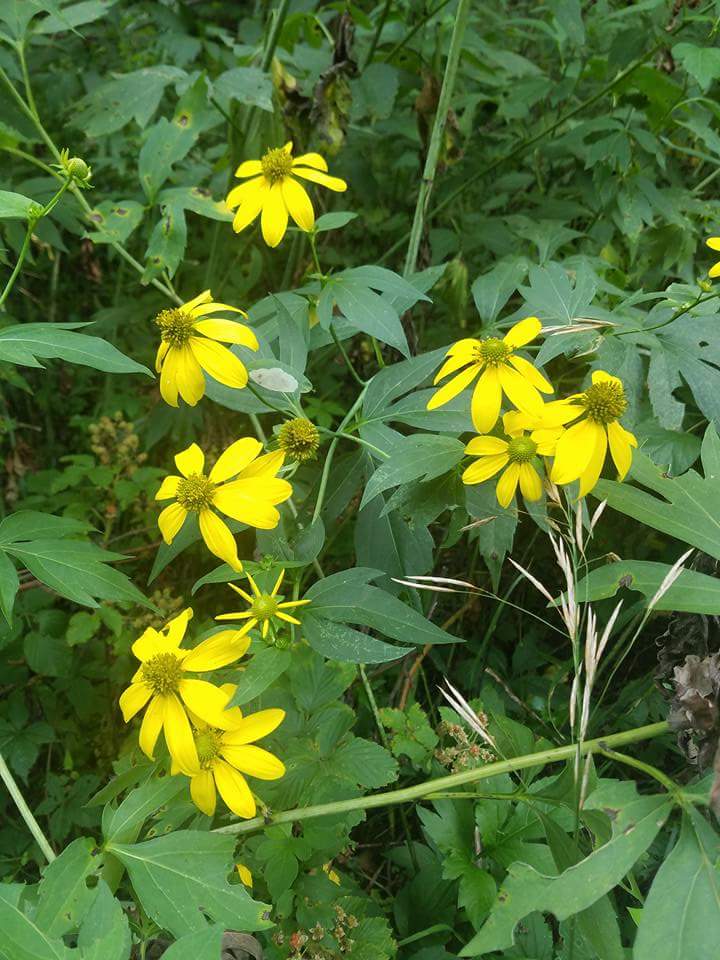 Back to my pictures from Polk County. A couple of years ago I found some cutleaf coneflowers with large galls. I don’t know enough about insects to know what creature made the galls, but the Michigan Nature Guy website says “Asphondylia rudbeckiaeconspicua, one of the Gall Midges,” can develop on this species. 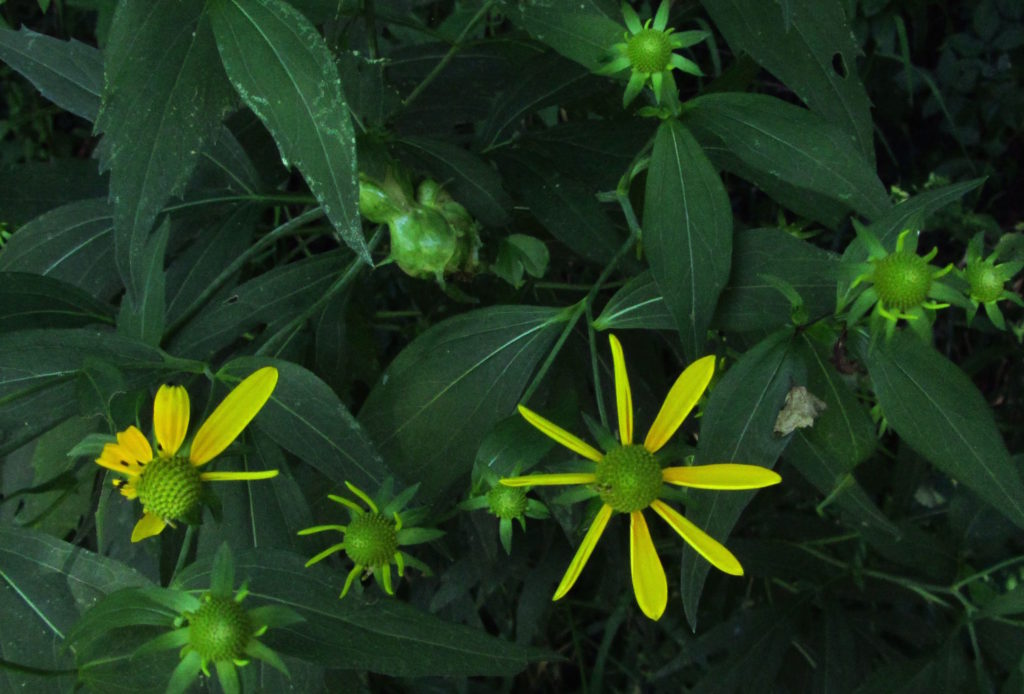 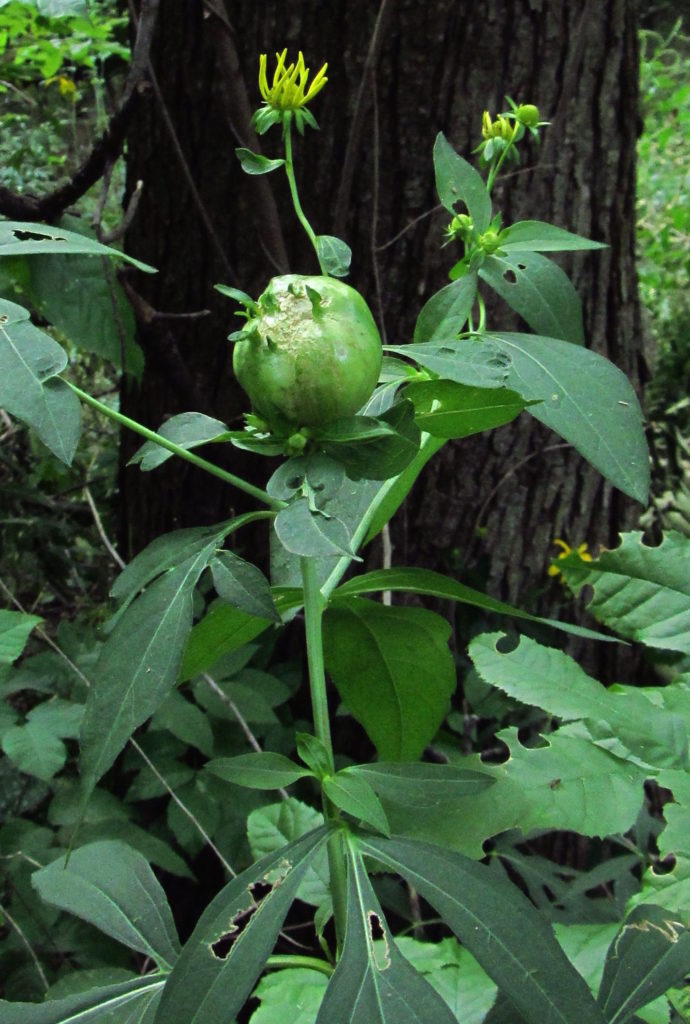 The Minnesota Wildflower website describes the fruit of cutleaf coneflower this way: “The center disk becomes a head of dry, brownish black, 4-sided seeds that lack a tuft of hair.” These last two pictures show what cutleaf coneflowers look like after the ray flowers fall away. 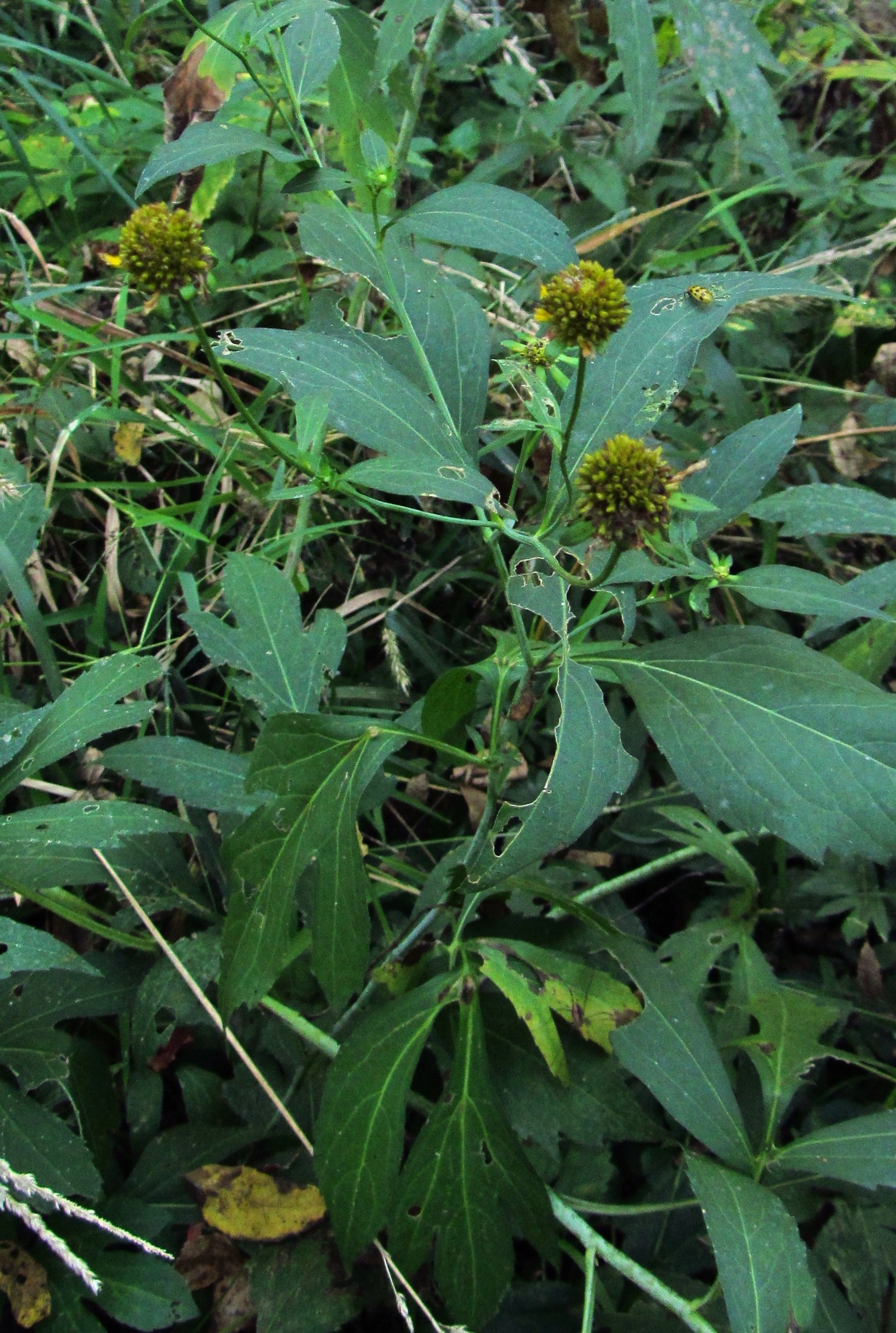 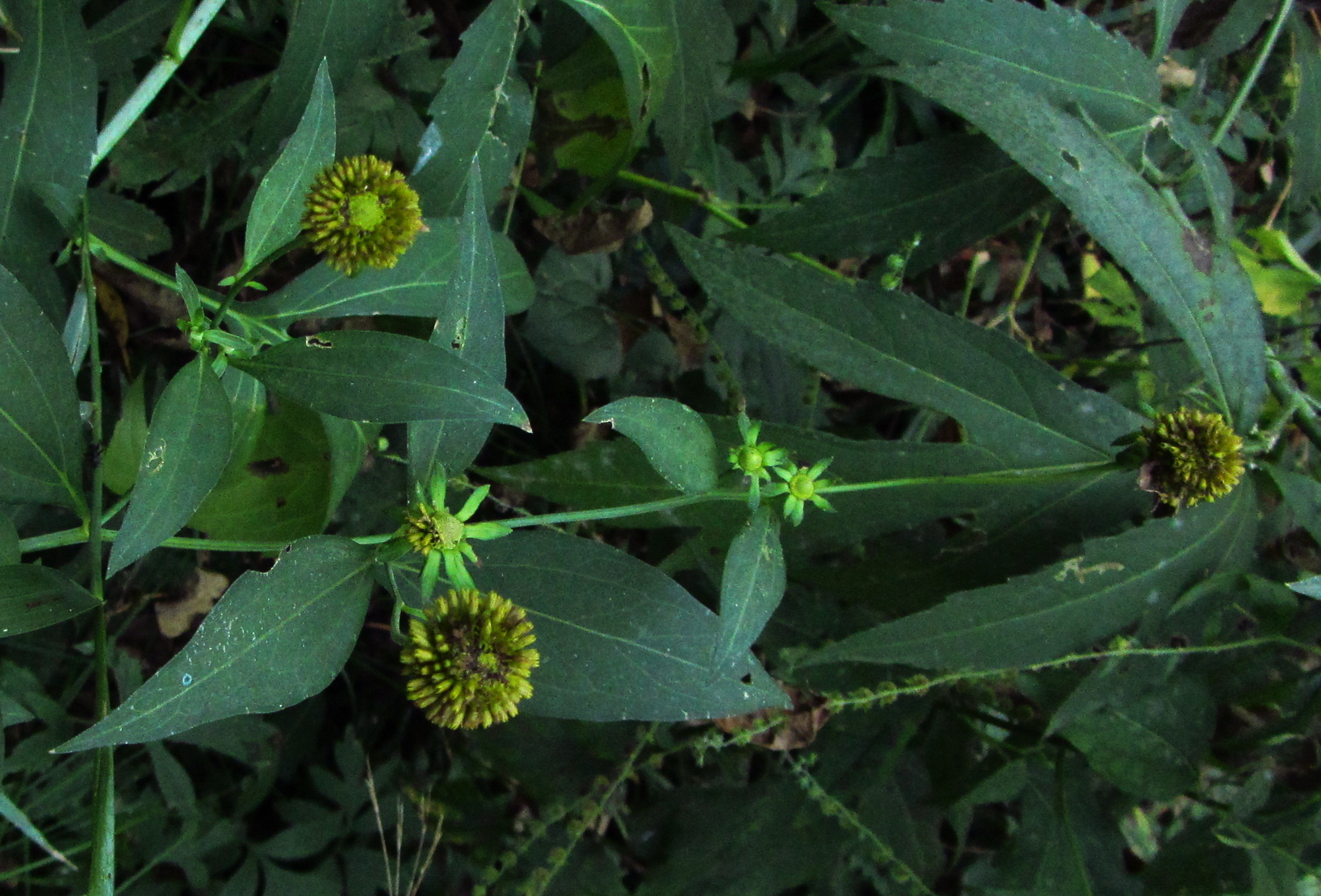