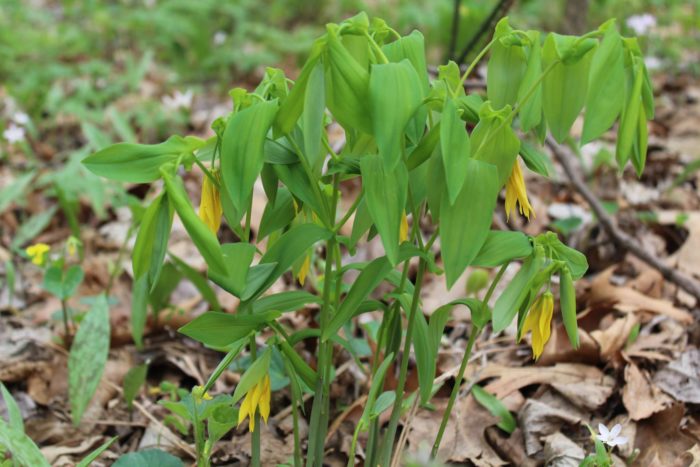 Some native plants are difficult to distinguish, but bellwort (Uvularia grandiflora) is unmistakable when it's blooming. Often known as large-flowered bellwort, this species is native to most of North America east of the Rocky Mountains. Its hanging, yellow flowers usually appear in April or May in central Iowa.

Even before these plants bloom, you can spot them (most often in woodlands where there is dappled sunlight) by the way the foliage starts to droop. 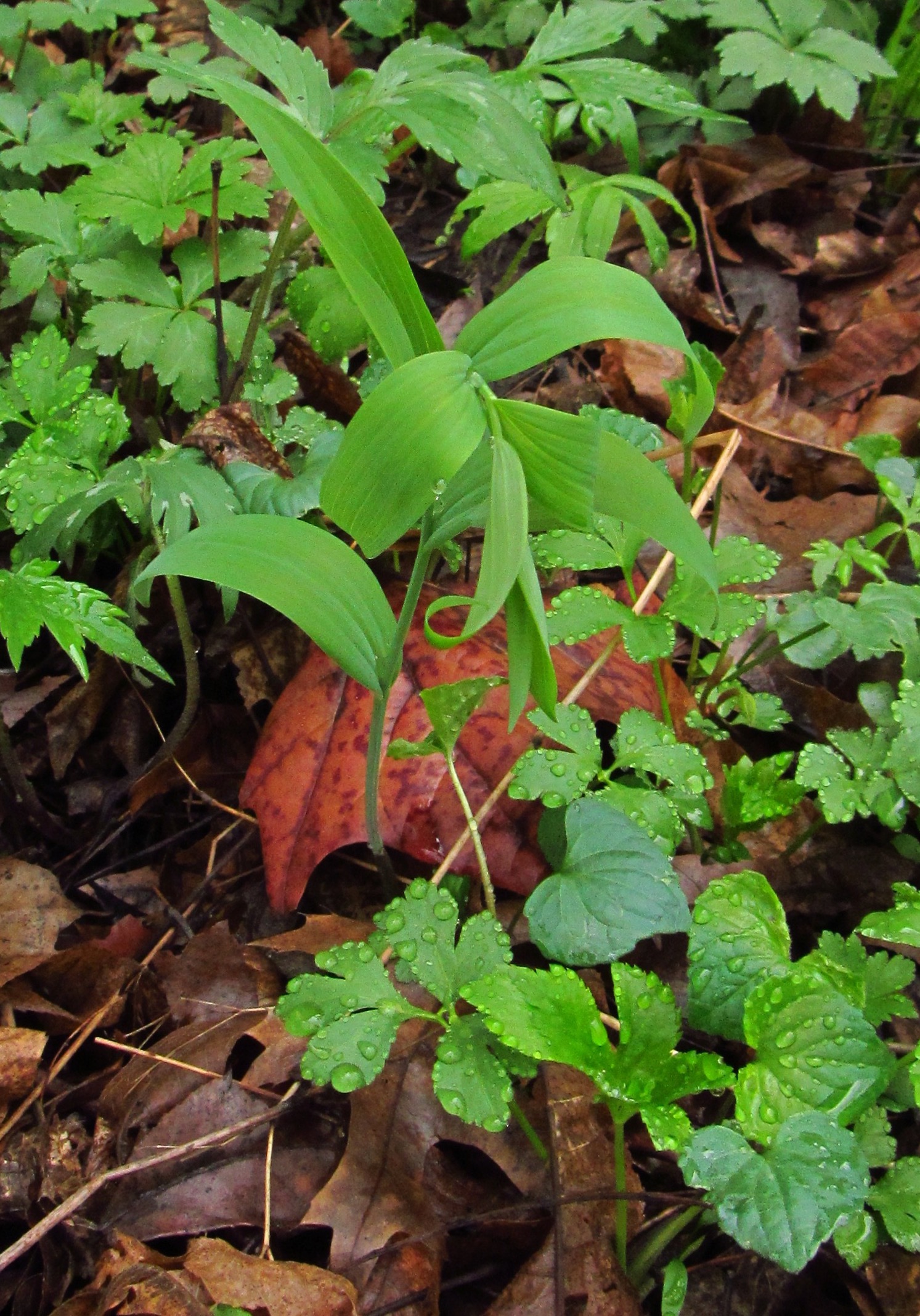 Populations of this wildflower have declined somewhat because of deer-browsing, habitat destruction, invasion of various non-native shrubs, and invasion of Garlic Mustard (Alliaria petiolata). Habitats include mesic deciduous woodlands, wooded slopes, large river banks in wooded areas, and edges of shady seeps. The presence of this plant in a deciduous woodlands is an indication that much of the original ground flora is still intact. 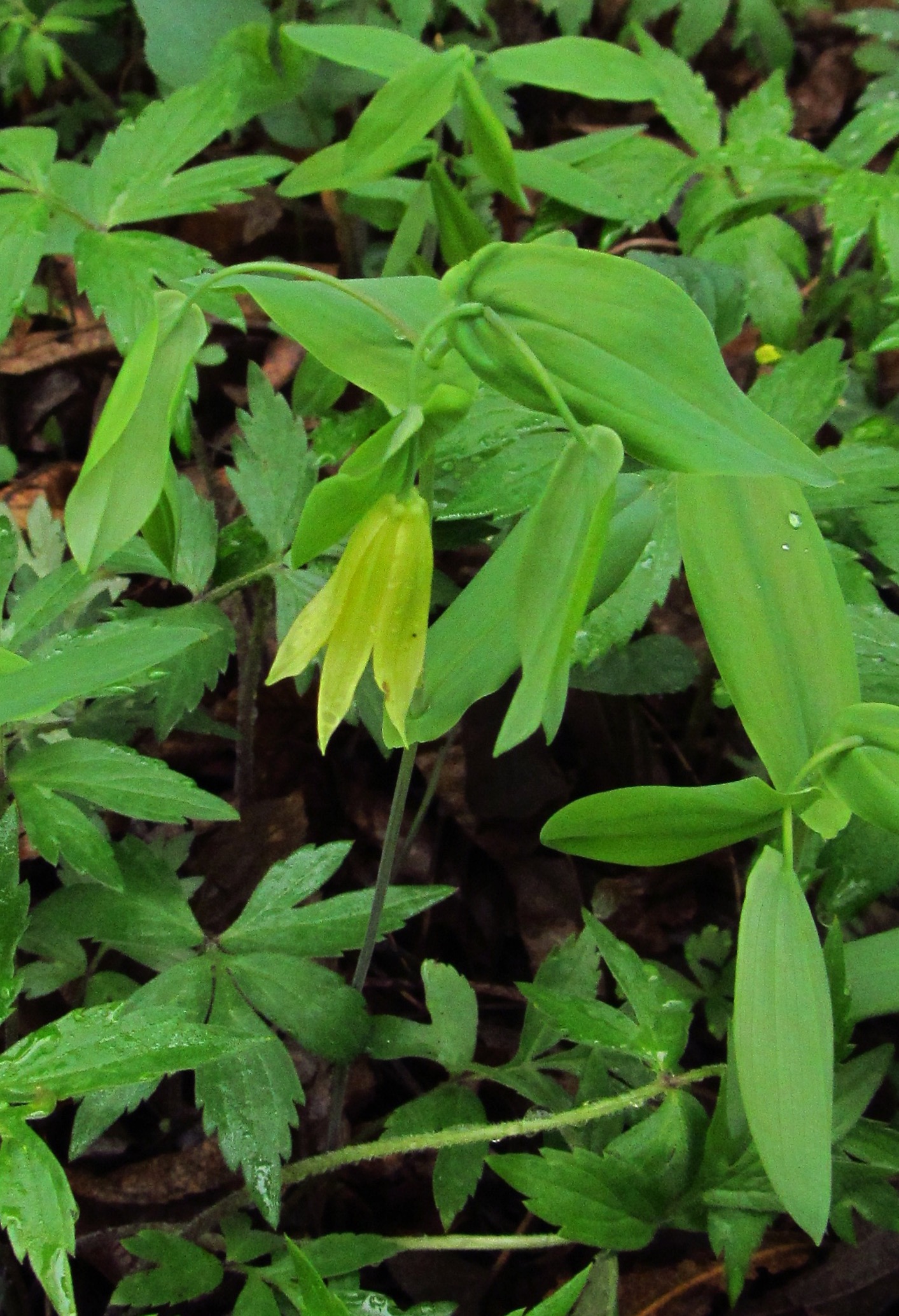 A couple of years ago, a bellwort blooming in Windsor Heights was missing one of its petals, allowing a look inside: 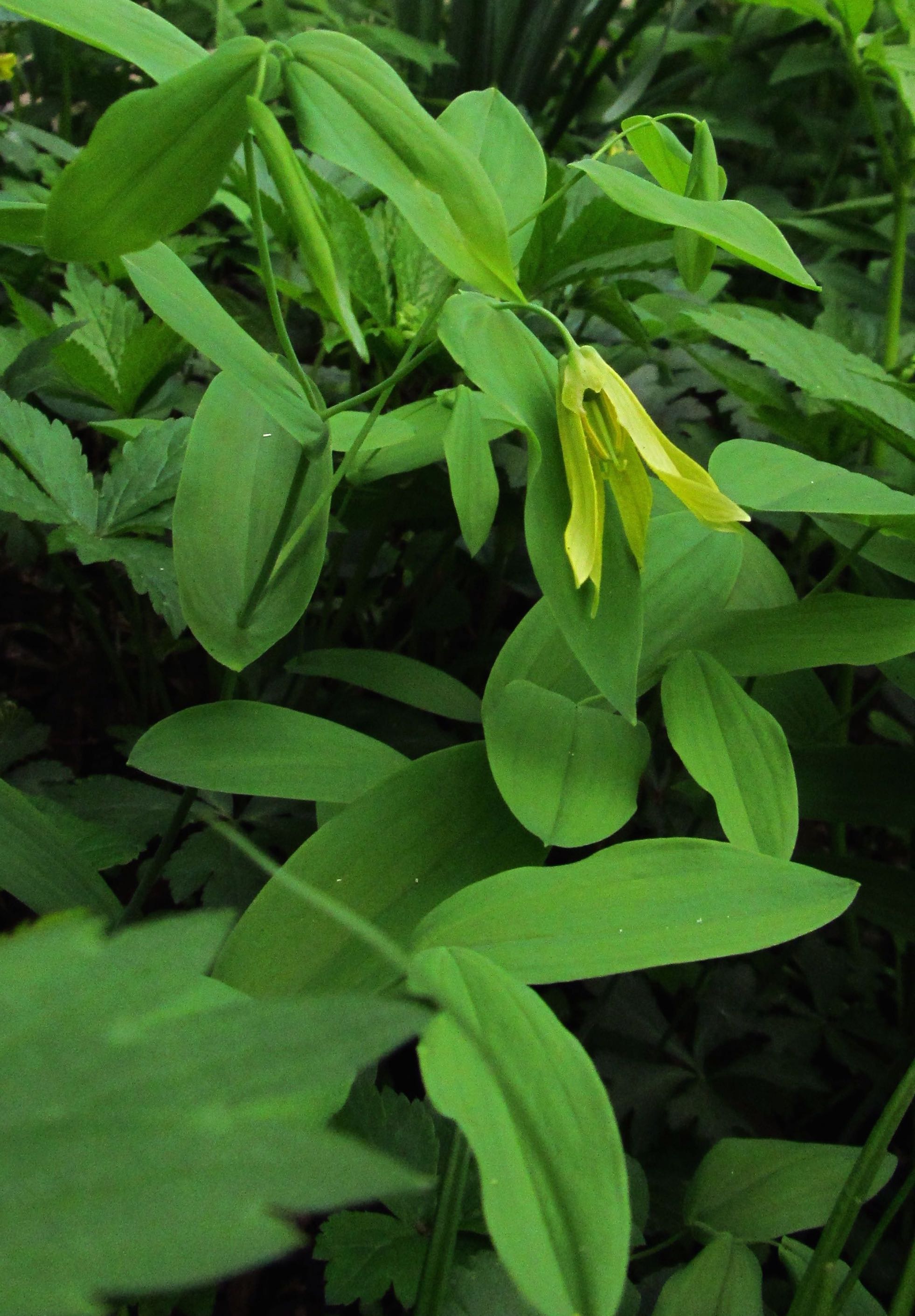 Another inside view (it's hard to get low enough to photograph from this perspective): 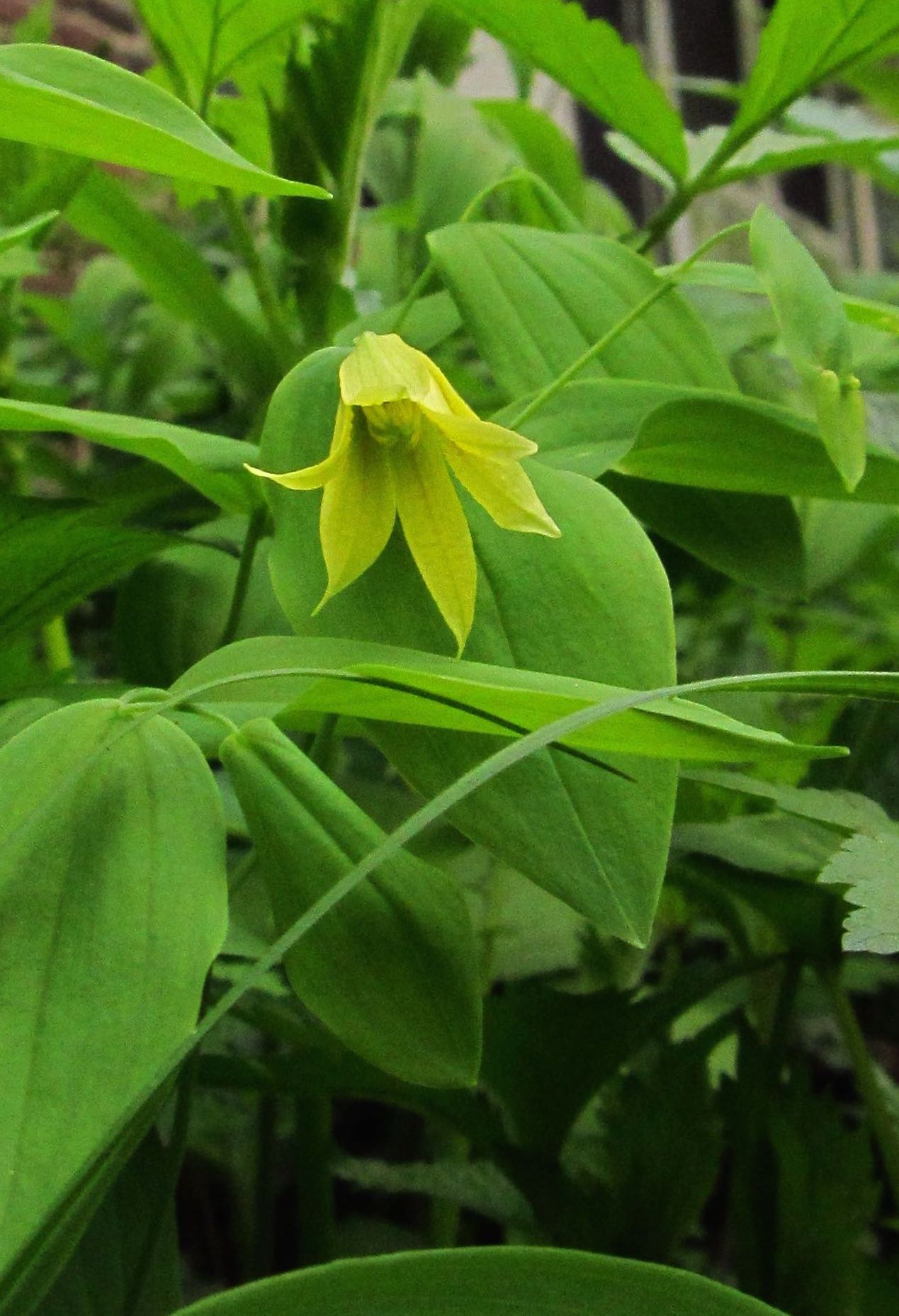 You may find several bellwort plants close together, though I don't recall seeing large colonies. 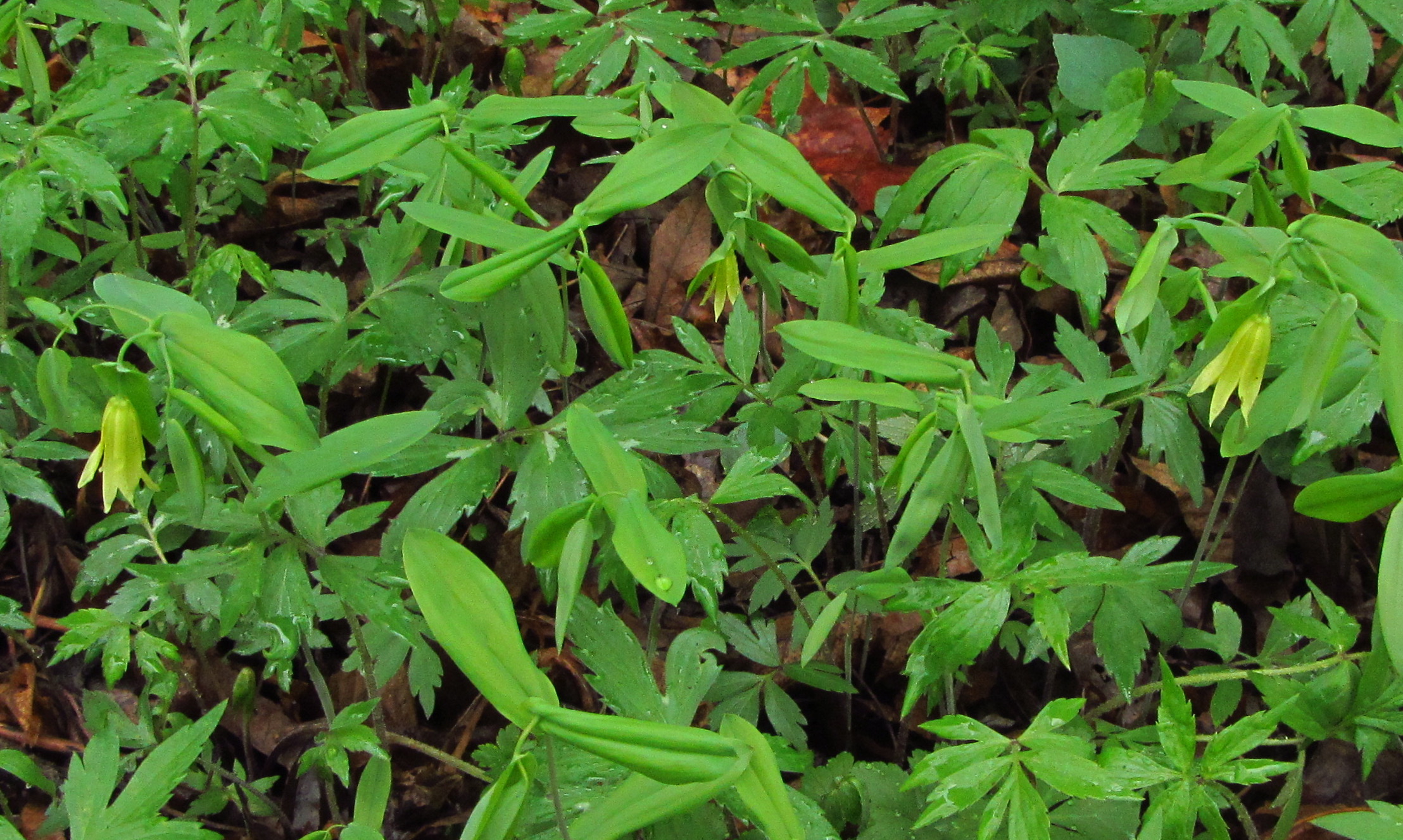 Foliage for common black snakeroot and Virginia waterleaf surround this bellwort in bloom. 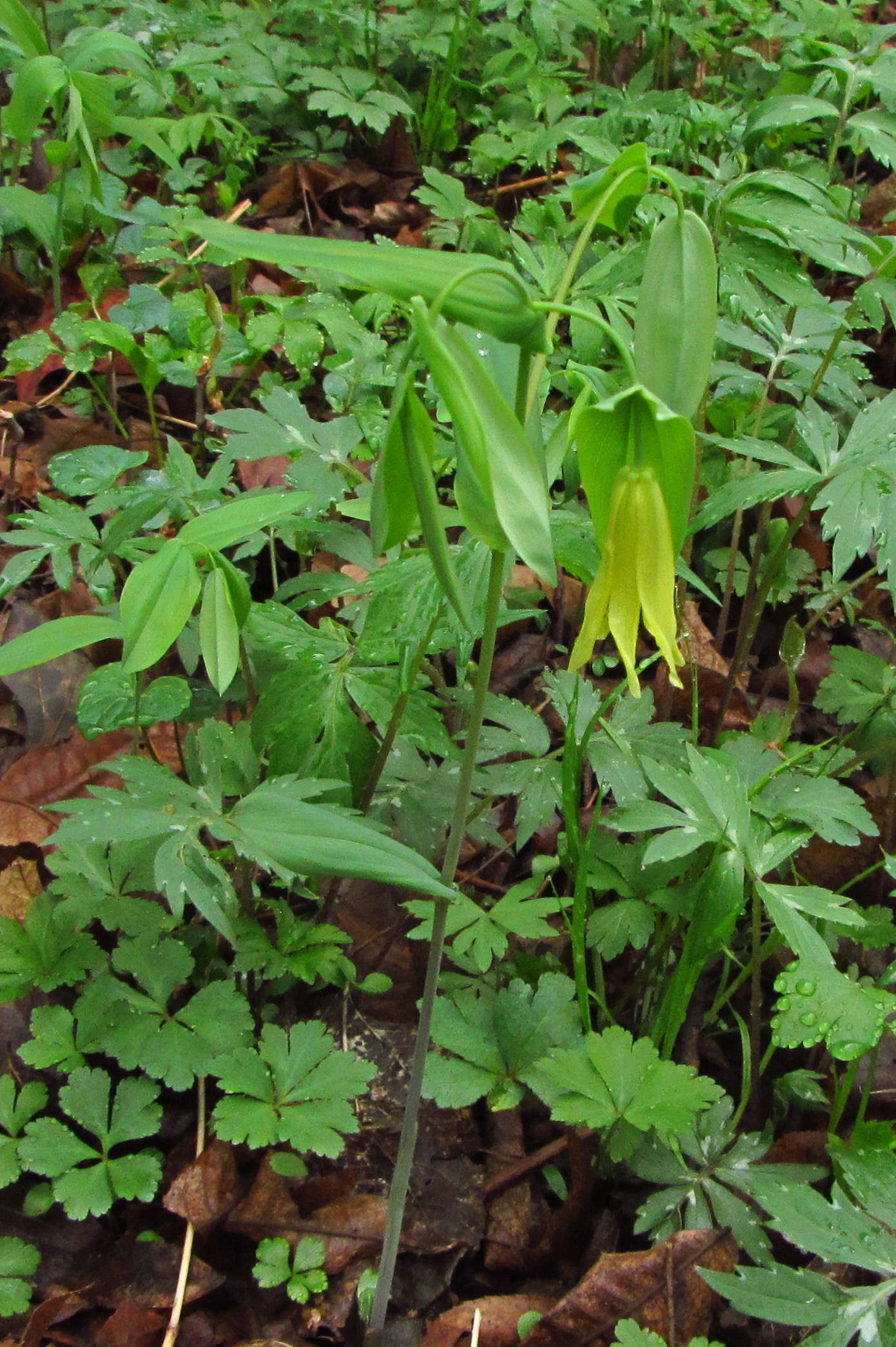 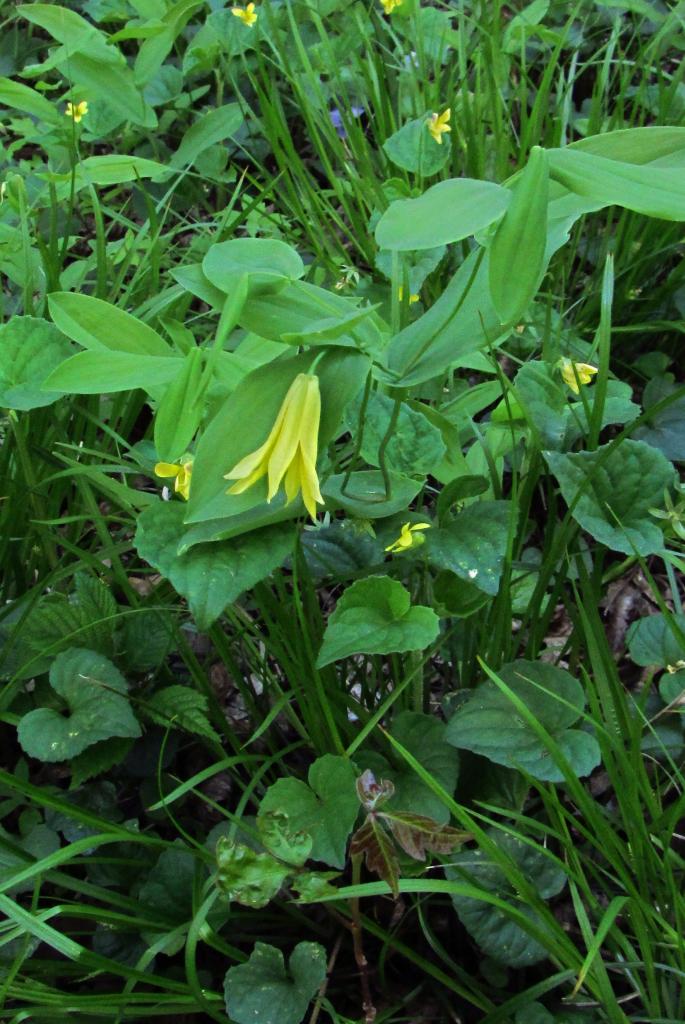 Near the upper left corner of this frame, a Solomon's seal plant is growing. It will eventually curve and hang downward, but the plant will be taller than the bellwort and will bloom about a month later, with several flowers hanging from the same stem. 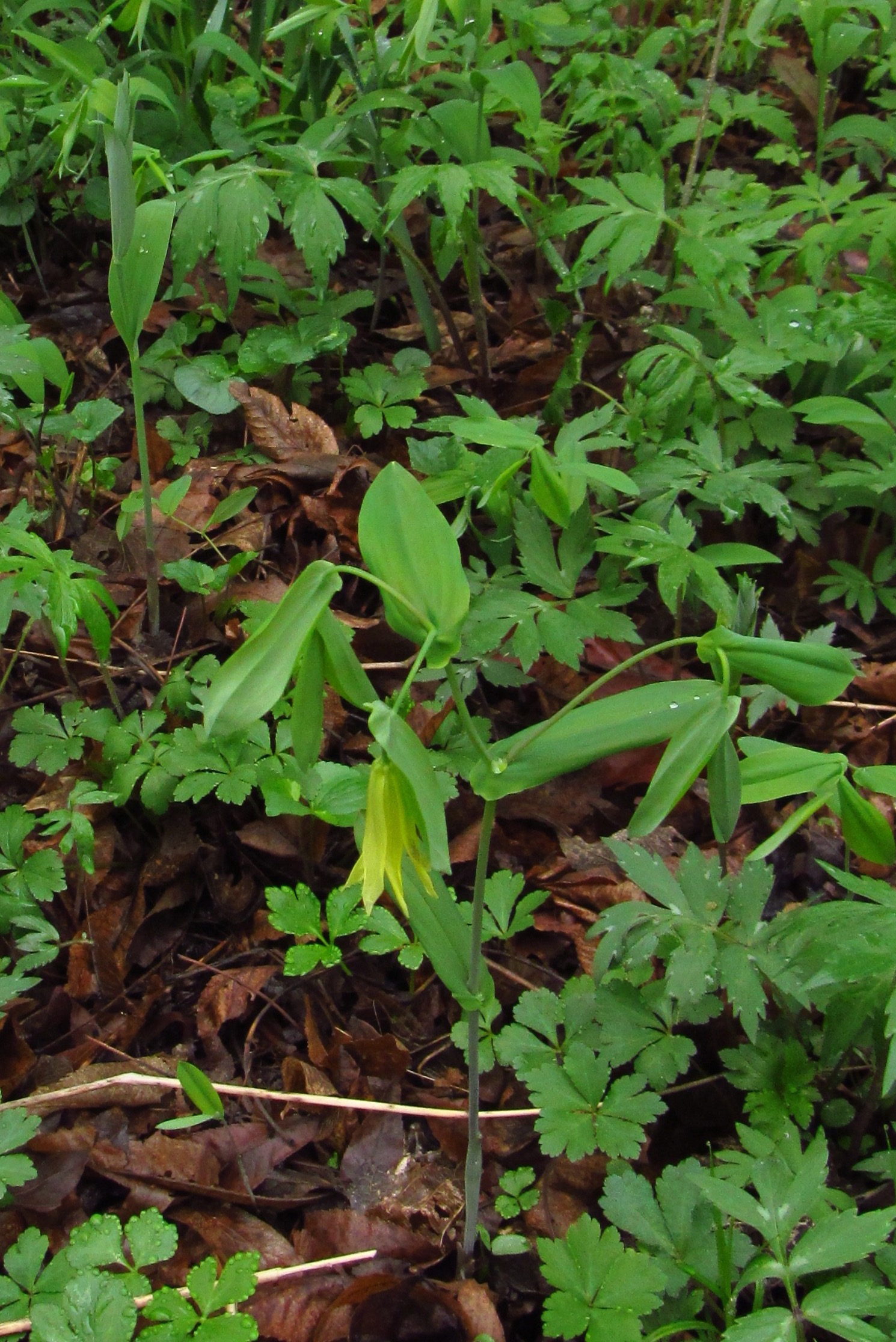 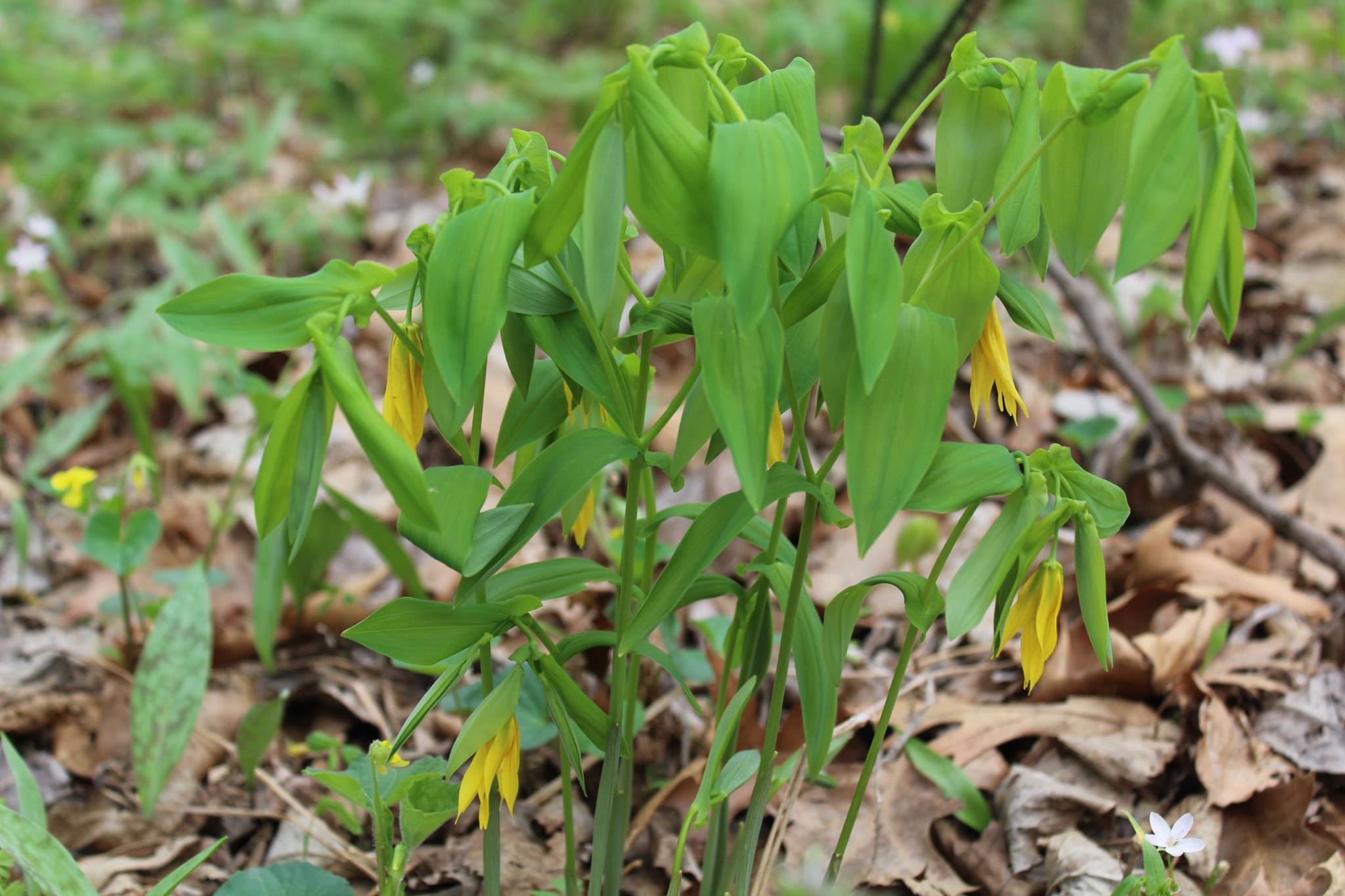 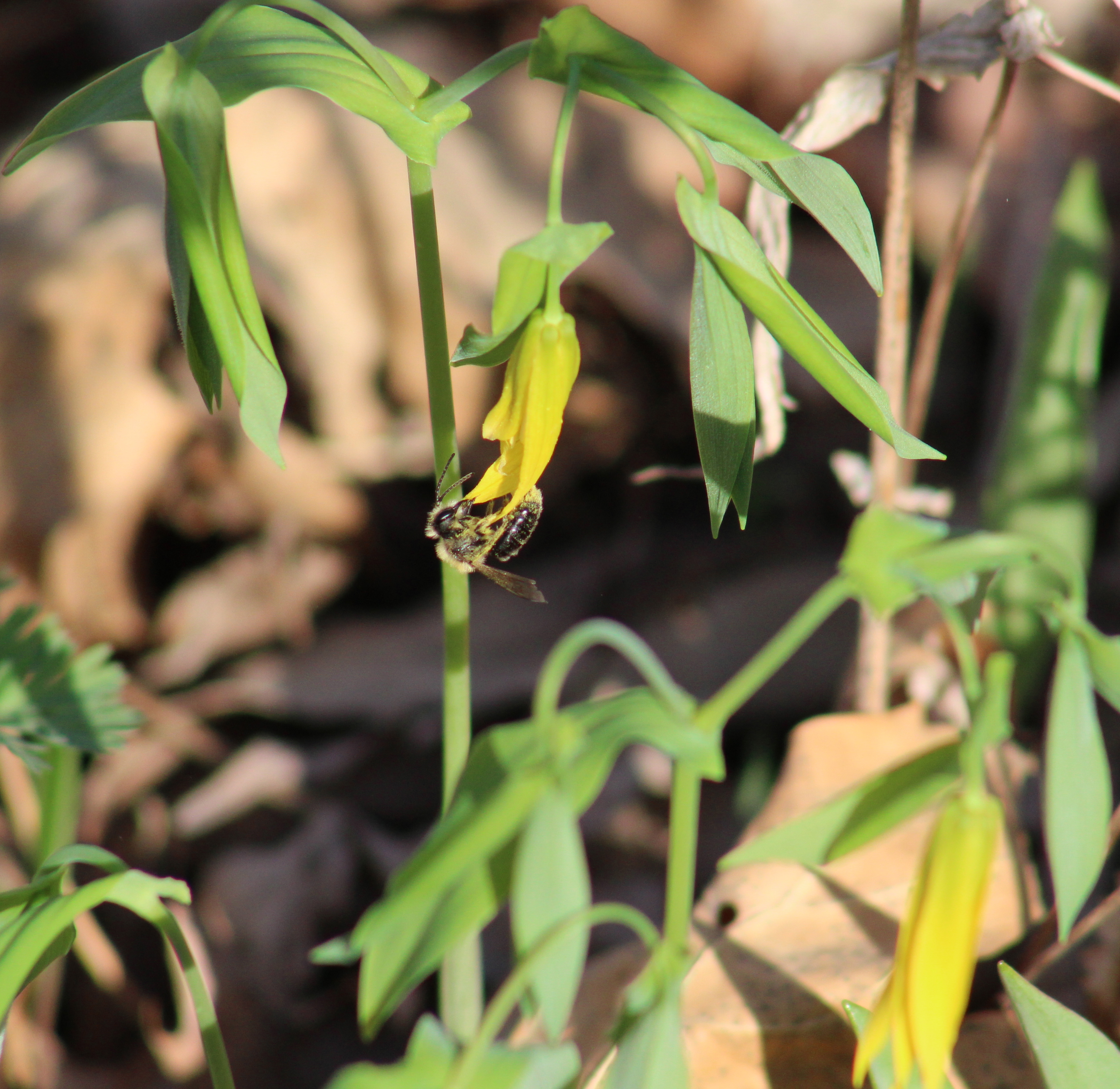 Flower past its prime: 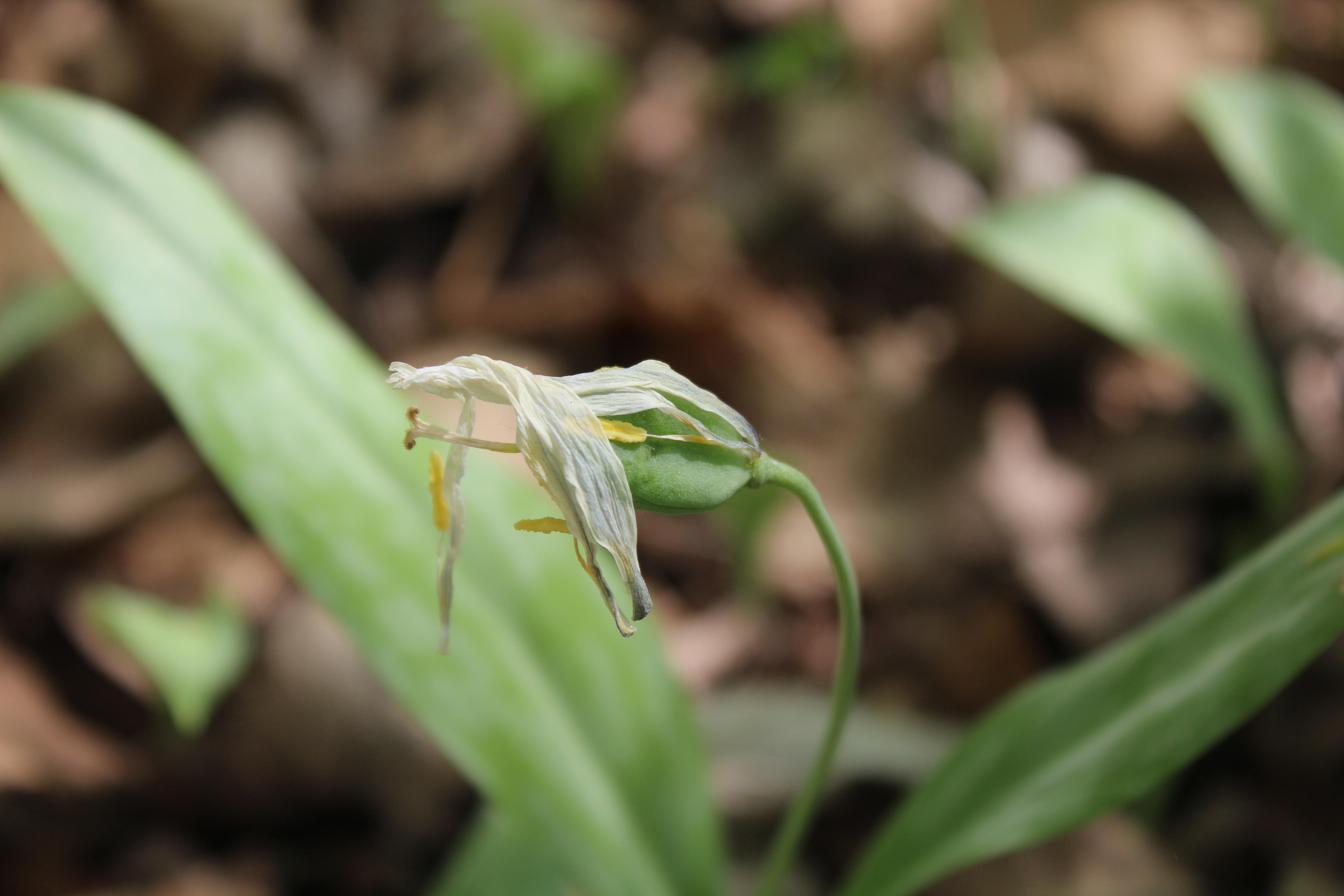 I was unable to take any pictures of fruit, because deer ate all the bellwort near our house soon after flowers appeared. Marla Mertz came to the rescue with these photographs of plants with seed capsules forming. 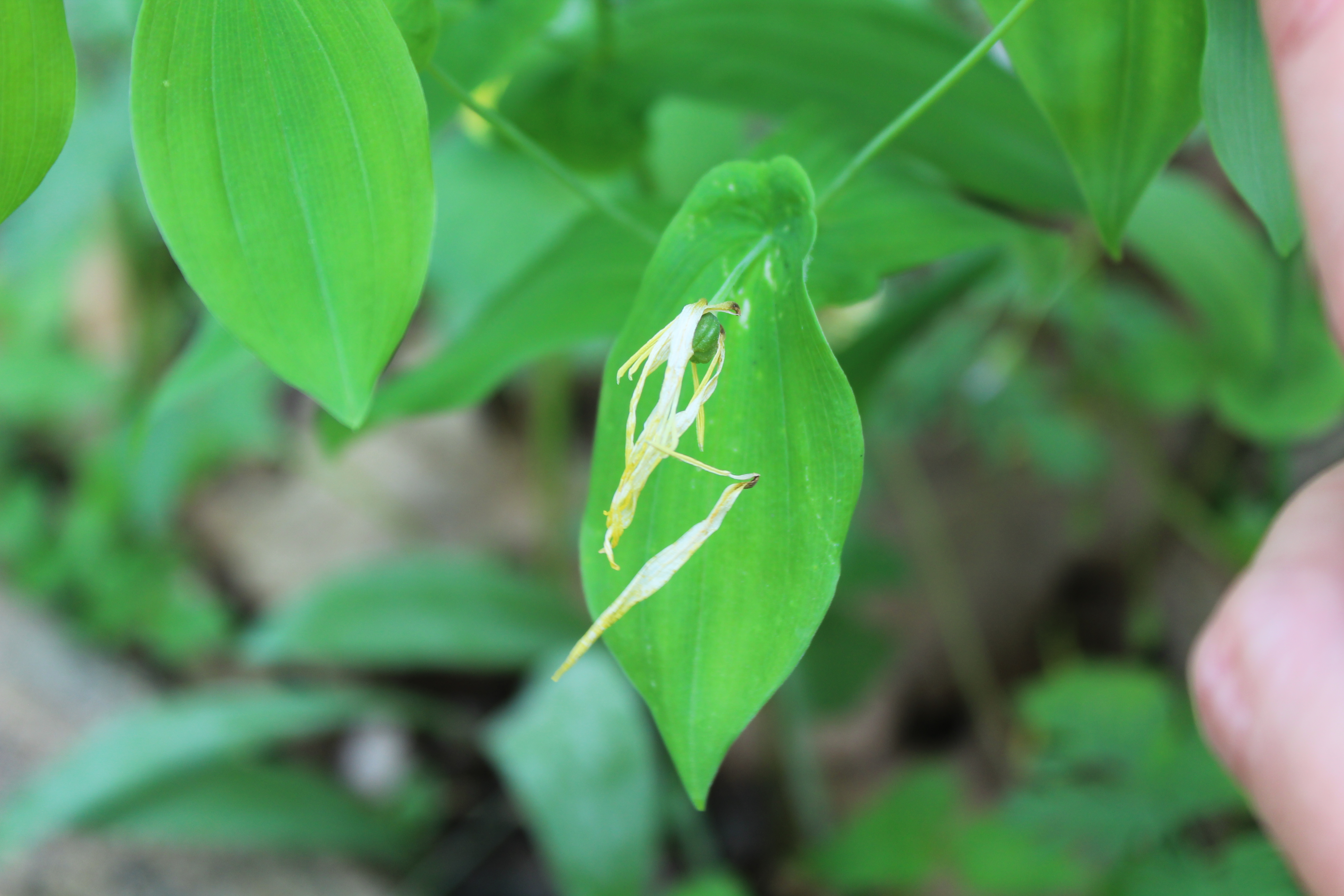 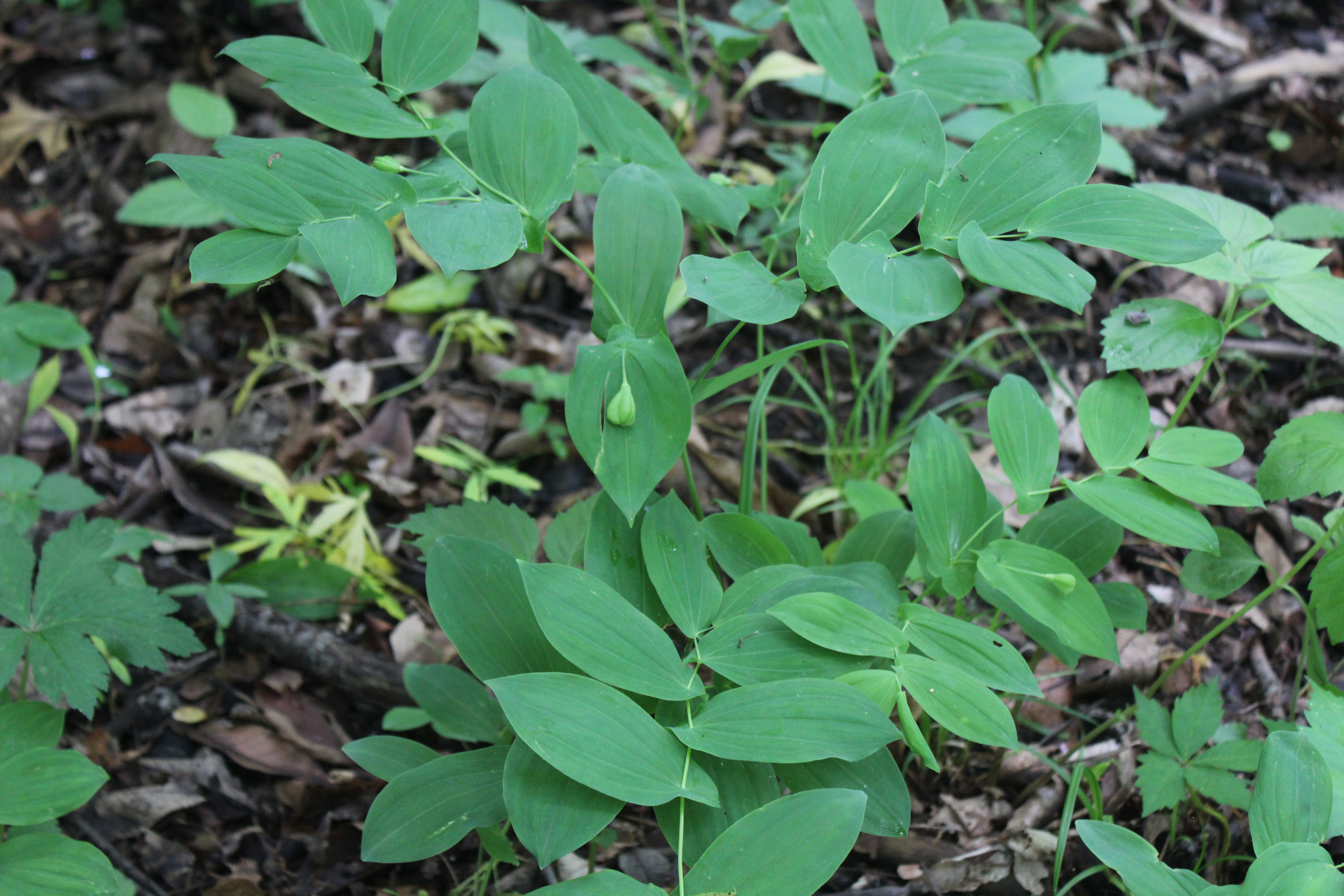 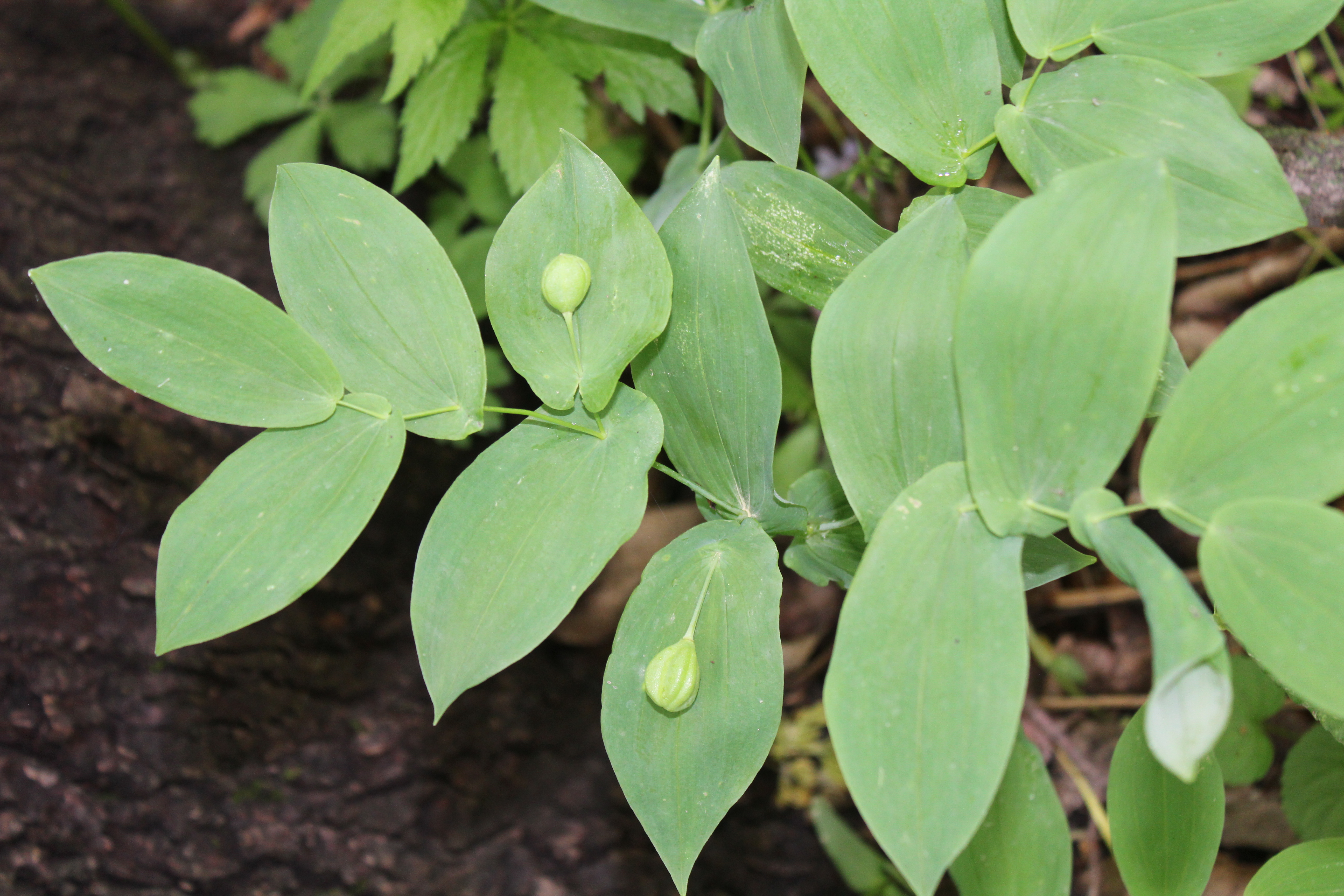 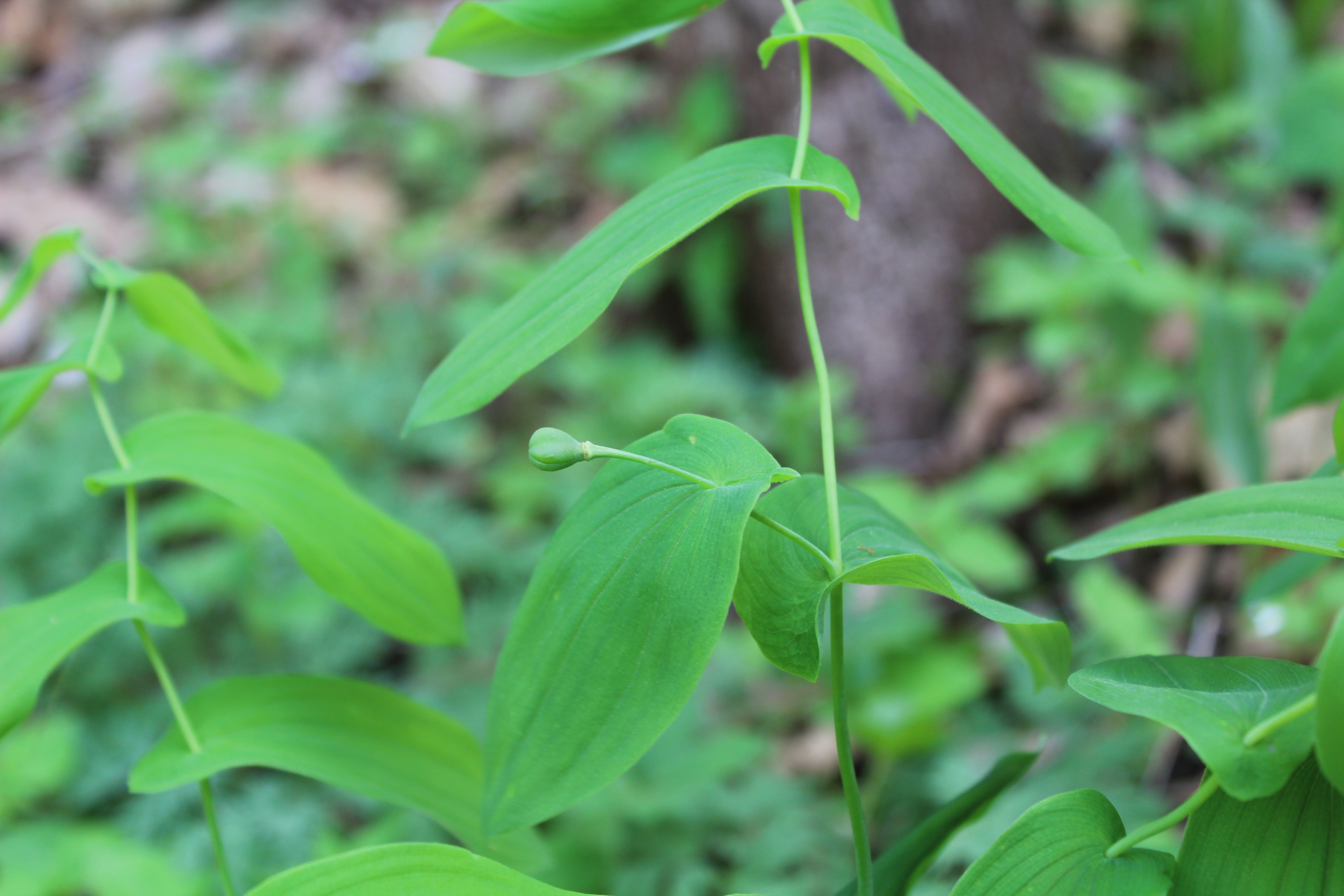