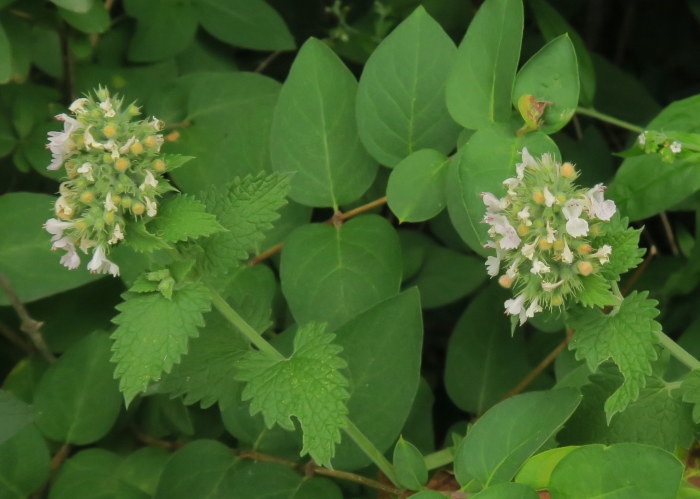 In the eight years I’ve been writing about wildflowers on this site, my editorial bias has been toward species that belong in this part of North America. However, I do occasionally feature non-native species that have become naturalized in Iowa. So it is with this week’s plant.

Catnip (Nepeta cataria) originated in Europe, but this member of the mint family can now be found in nearly every part of the U.S. and Canada. Although it is not highly invasive like garlic mustard, it can thrive in many habitats and may spread rapidly in gardens.

In central Iowa, I’ve mostly seen catnip near trails or woodland edges. I took most of the pictures enclosed below during the past week near the edge of the woods where Clive meets Windsor Heights.

Here’s what catnip looks like before any flowers appear. 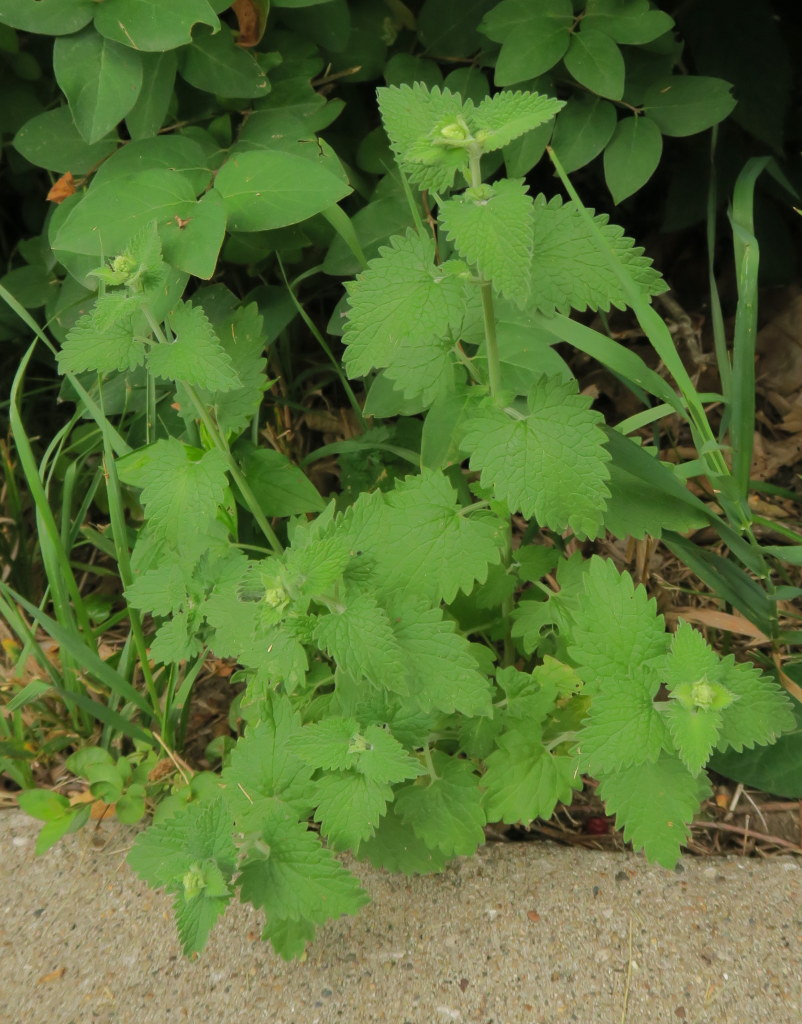 The two hallmarks of plants in the mint family are a square stem and leaves that smell minty when crushed. I tried to get a better look at the square stem here. 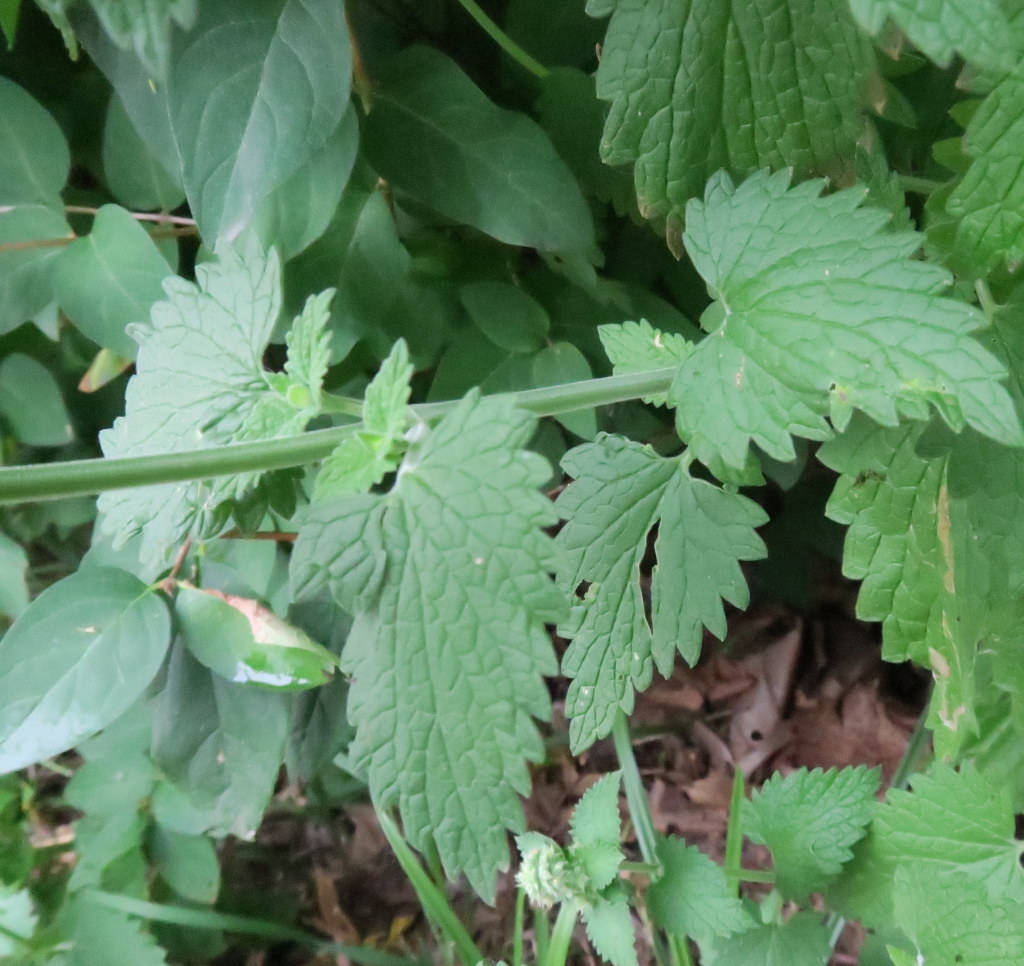 Catnip flowers have an upper and lower lip. 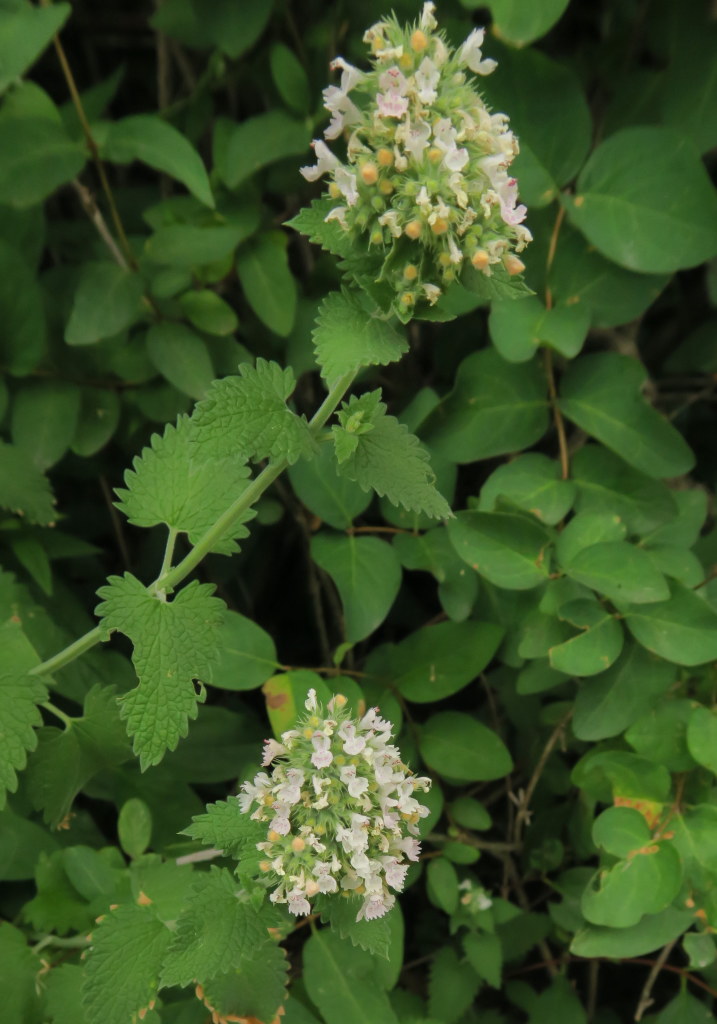 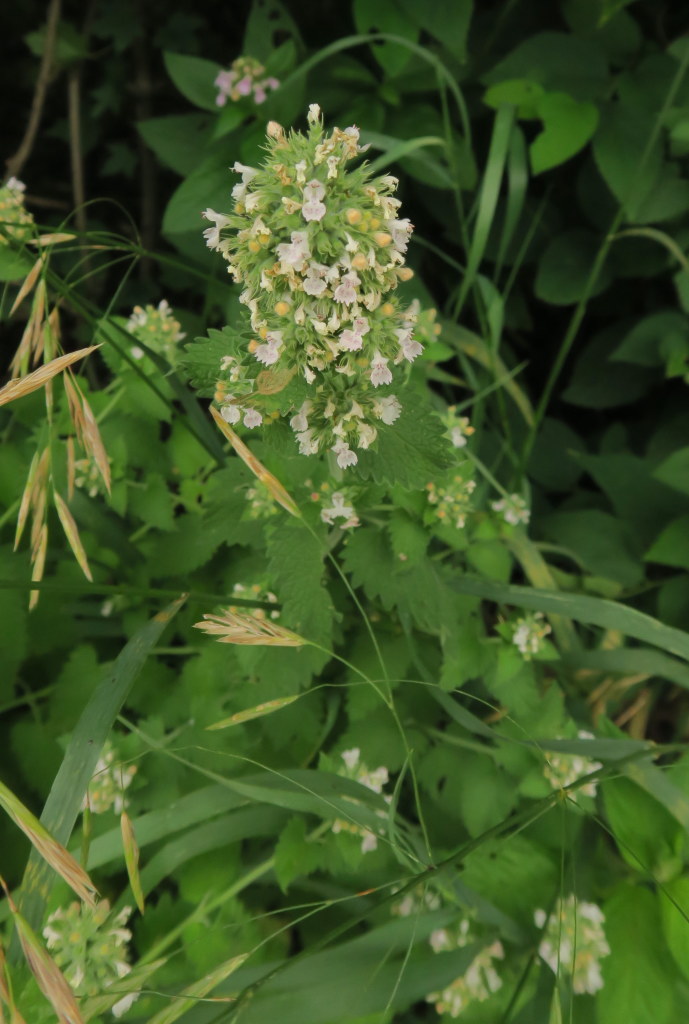 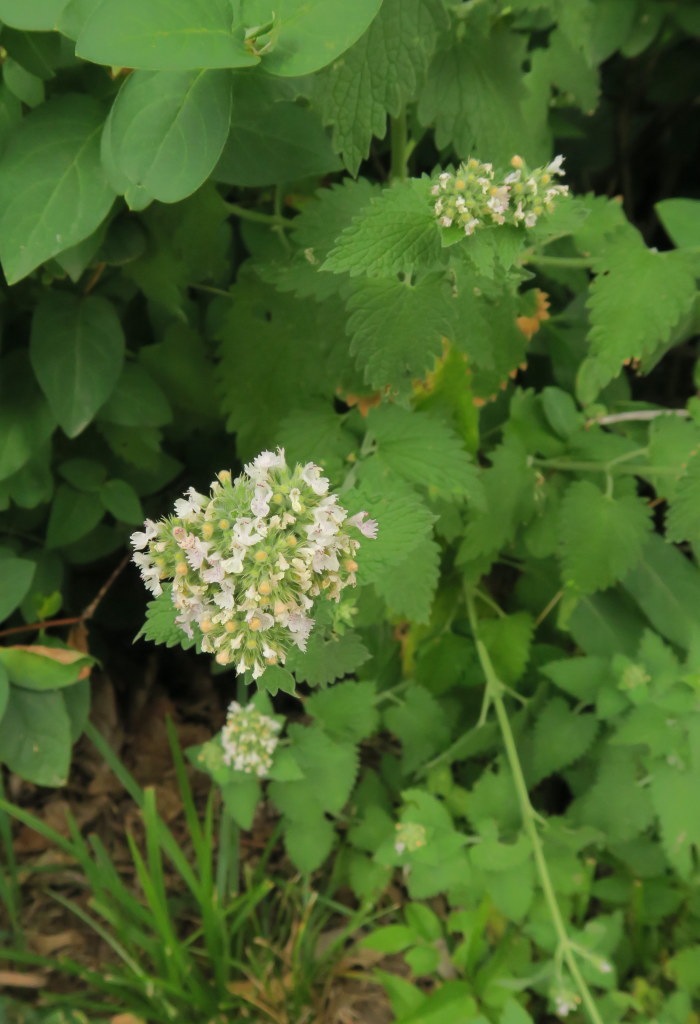 The tiny white flowers to the right of the catnip are Virginia stickseed. 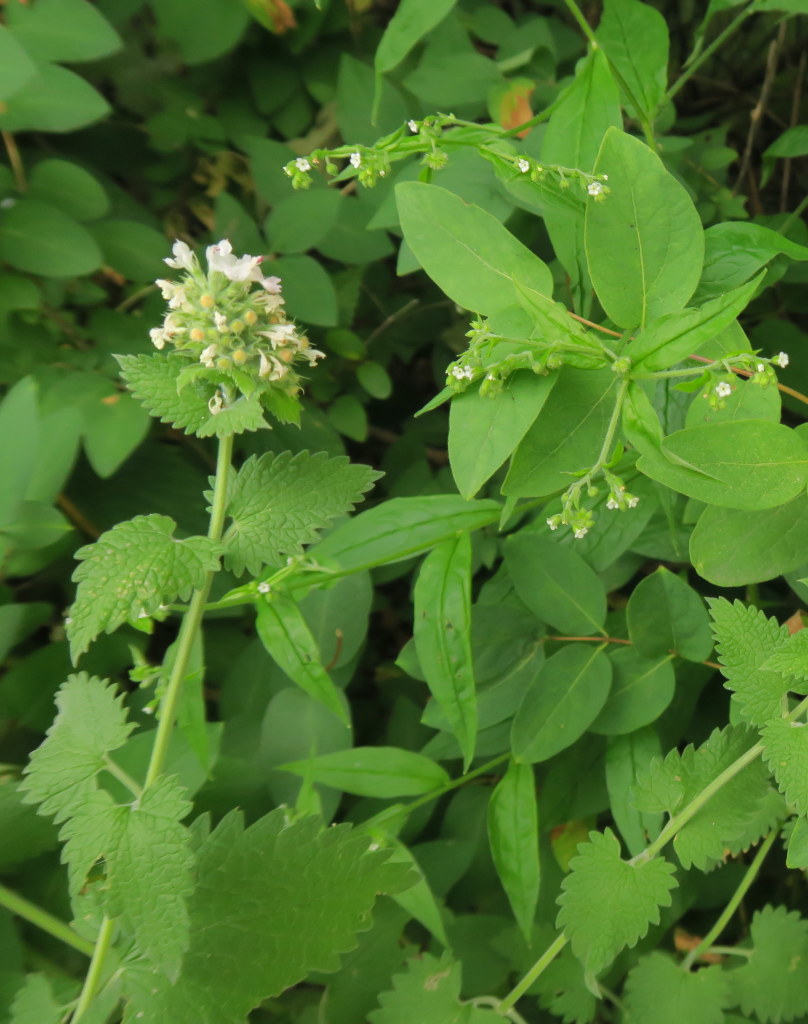 Most of the flowers on this plant have finished blooming. 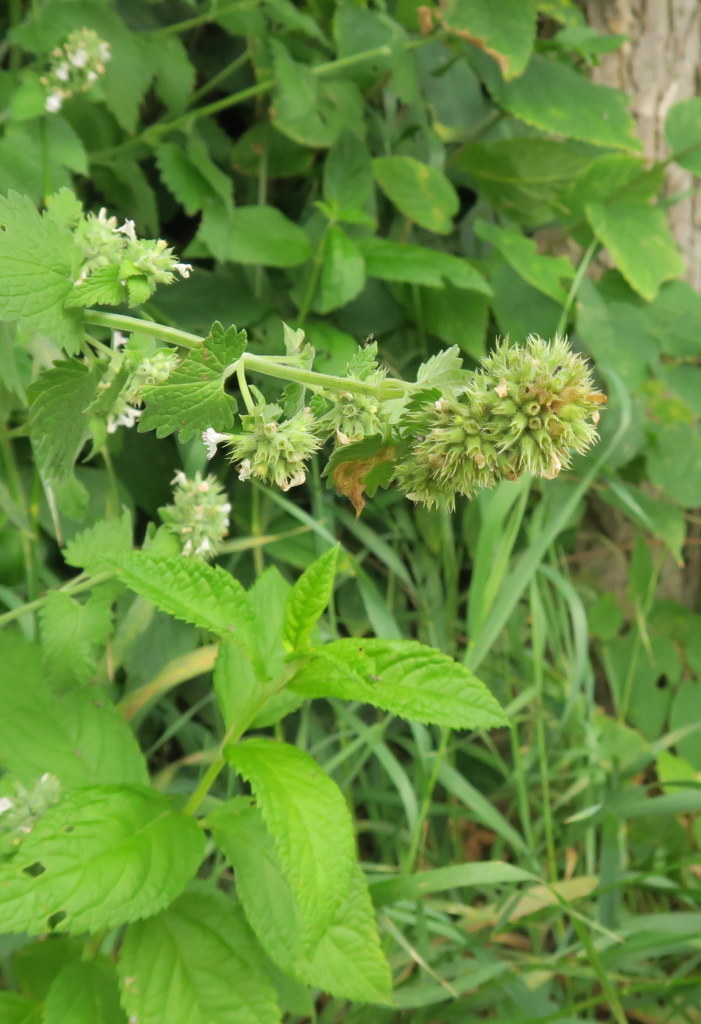 Another view of catnip plants that are past their prime. 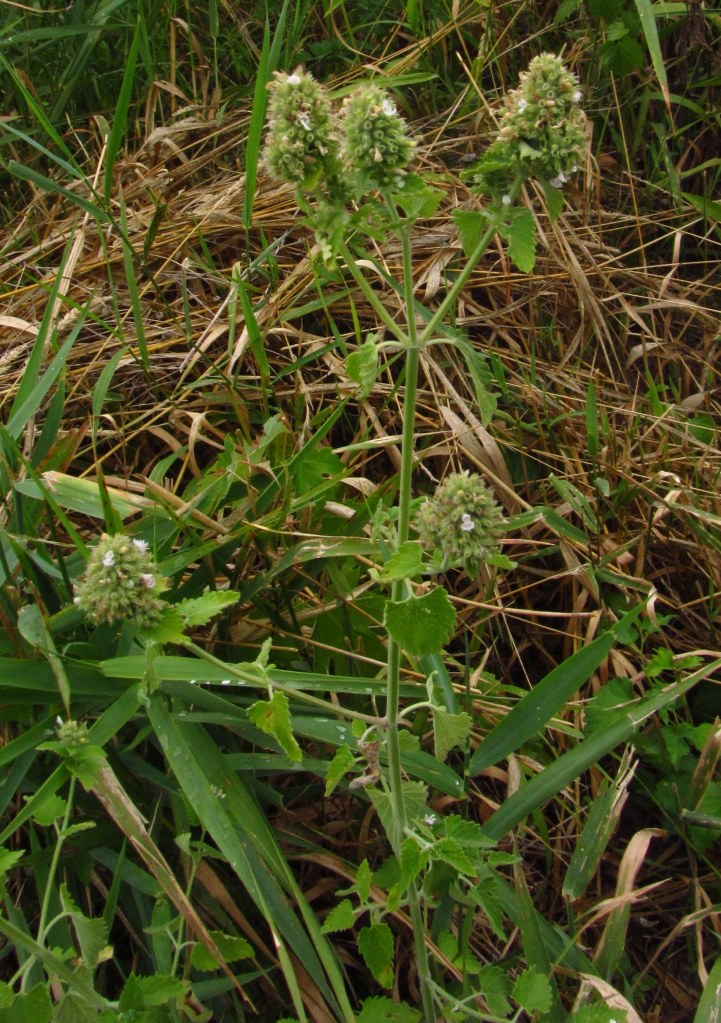 Emilene Leone took these next four photographs and gave me permission to publish. She planted some catnip “in a very dry area of bad quality soil” in her Scott County yard. 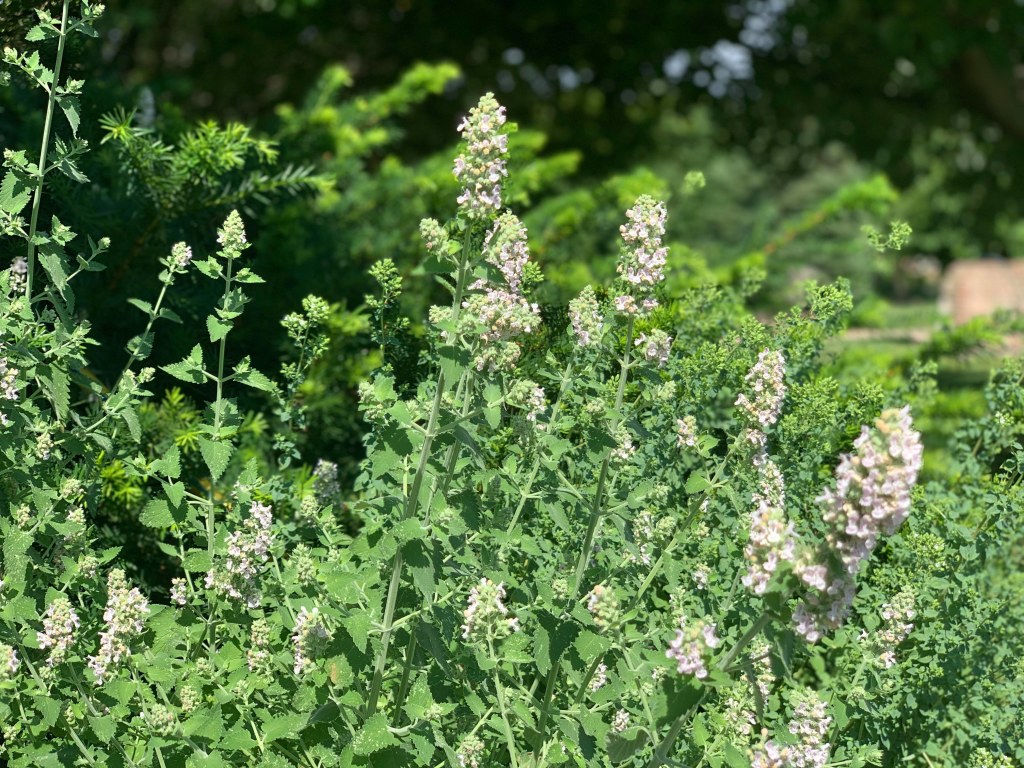 This plant’s common name comes from its hallucinogenic properties for felines, and Emilene reports that her cats love the “bouquets” they occasionally bring inside about once a week. This gorgeous creature’s name is Junie. 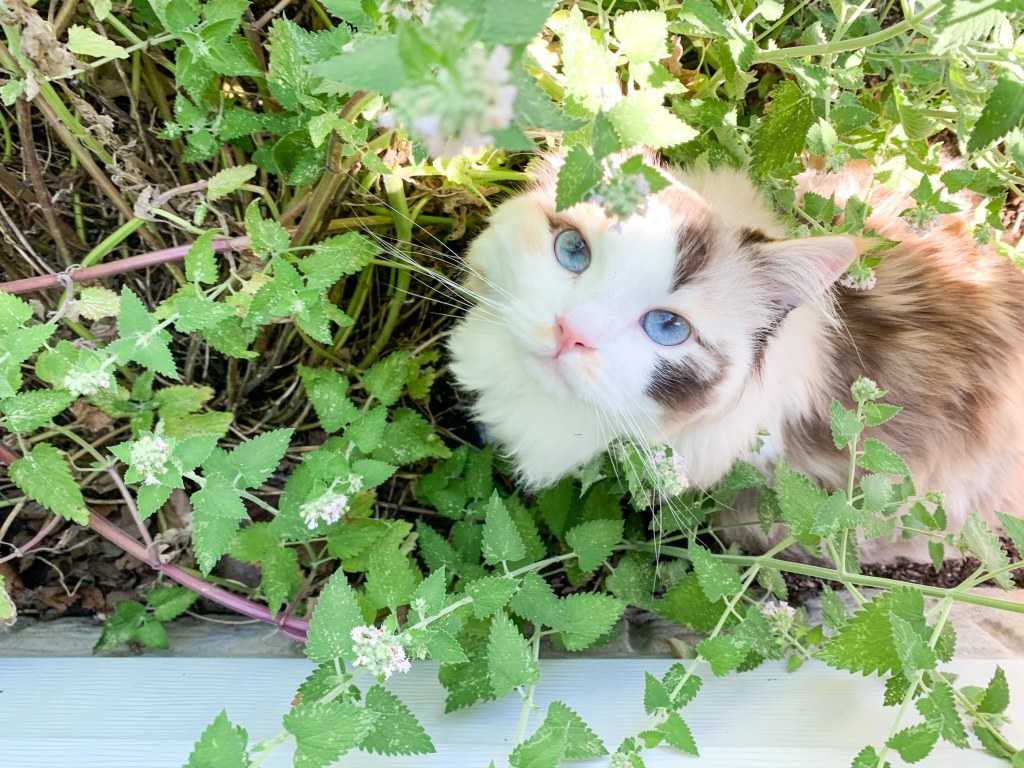 Catnip flowers attract many kinds of pollinators, but especially long-tongued bees. Emilene said bees have been “buzzing all over” this patch since the plants started blooming. 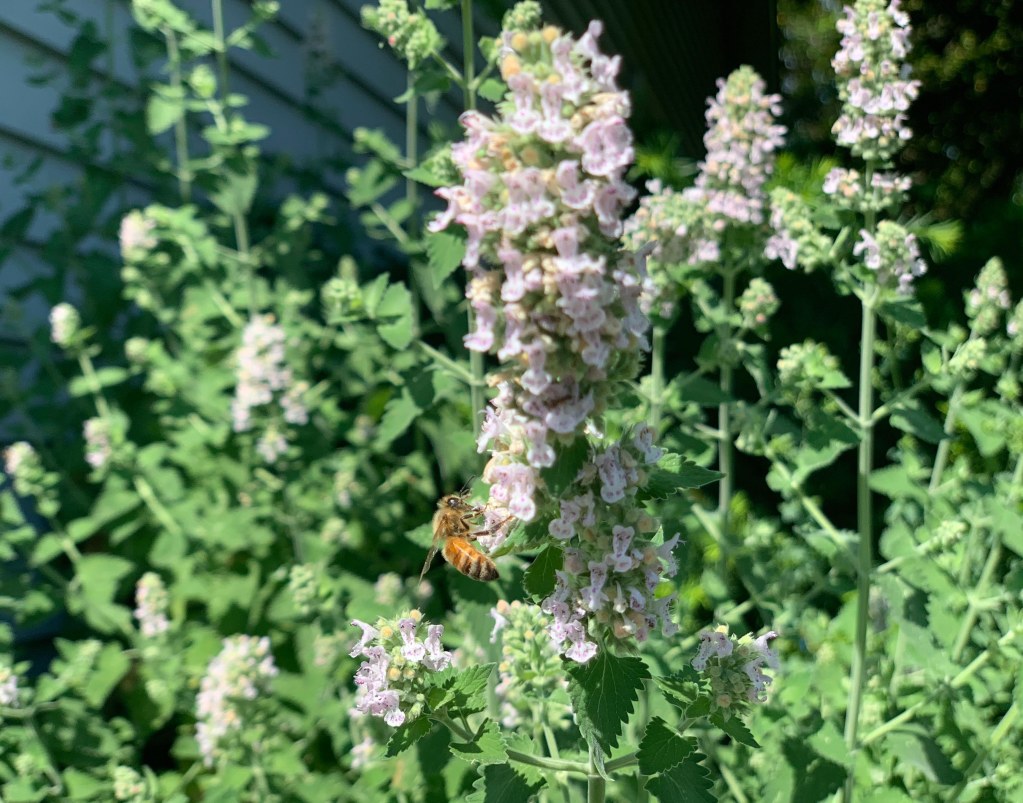 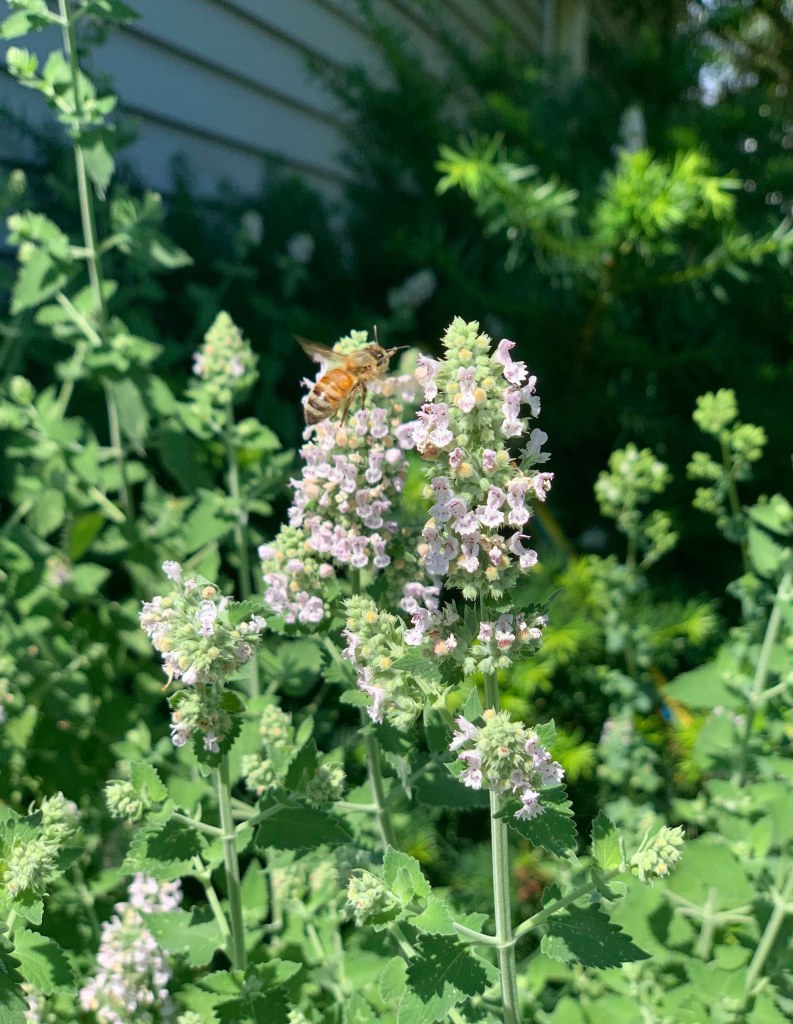