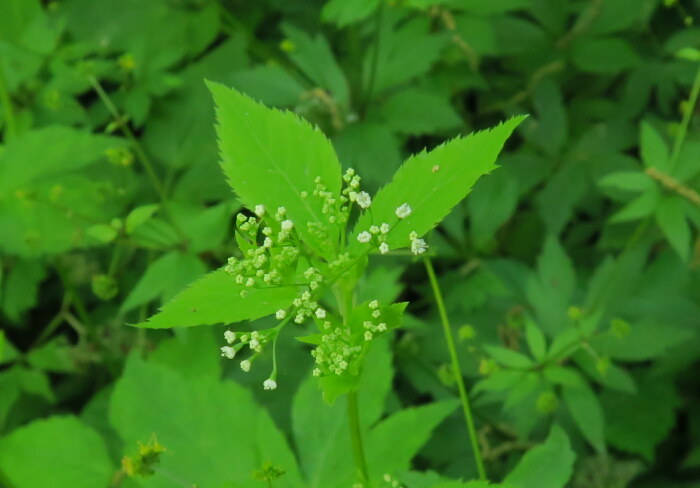 Today’s featured wildflowers are the opposite of “showy.” If you’ve spent any time in the woods or near woodland edges, you’ve probably walked by these plants without noticing.

Honewort (Cryptotaenia canadensis), sometimes known as Canadian honewort, is native to most of the U.S. and Canada east of the Rocky Mountains. Like bedstraw, wild chervil, enchanter’s nightshade, and Virginia stickseed, honewort plants have tiny white flowers and thrive in shady wooded habitats.

Deer don’t care for honewort plants, but according to the website of the Lady Bird Johnson Wildflower Center at the University of Texas, “Its young leaves and stems may be used as a seasoning like parsley or as a boiled green; the roots may be cooked and eaten like parsnips.” However, “Caution is advised because many similar species of the carrot family are deadly poisonous.” I have never attempted to eat any part of honewort plants. I’ll leave them for the many kinds of insects that are attracted to the flowers or feed on the foliage.

The Illinois Wildflowers and Minnesota Wildflowers websites are good resources for botanically accurate descriptions of honewort leaves, flowers, and fruit. The compound leaves are in groups of three; some leaflets are cleft, and all have serrated edges. Most of the leaves in this picture belong to honewort plants. 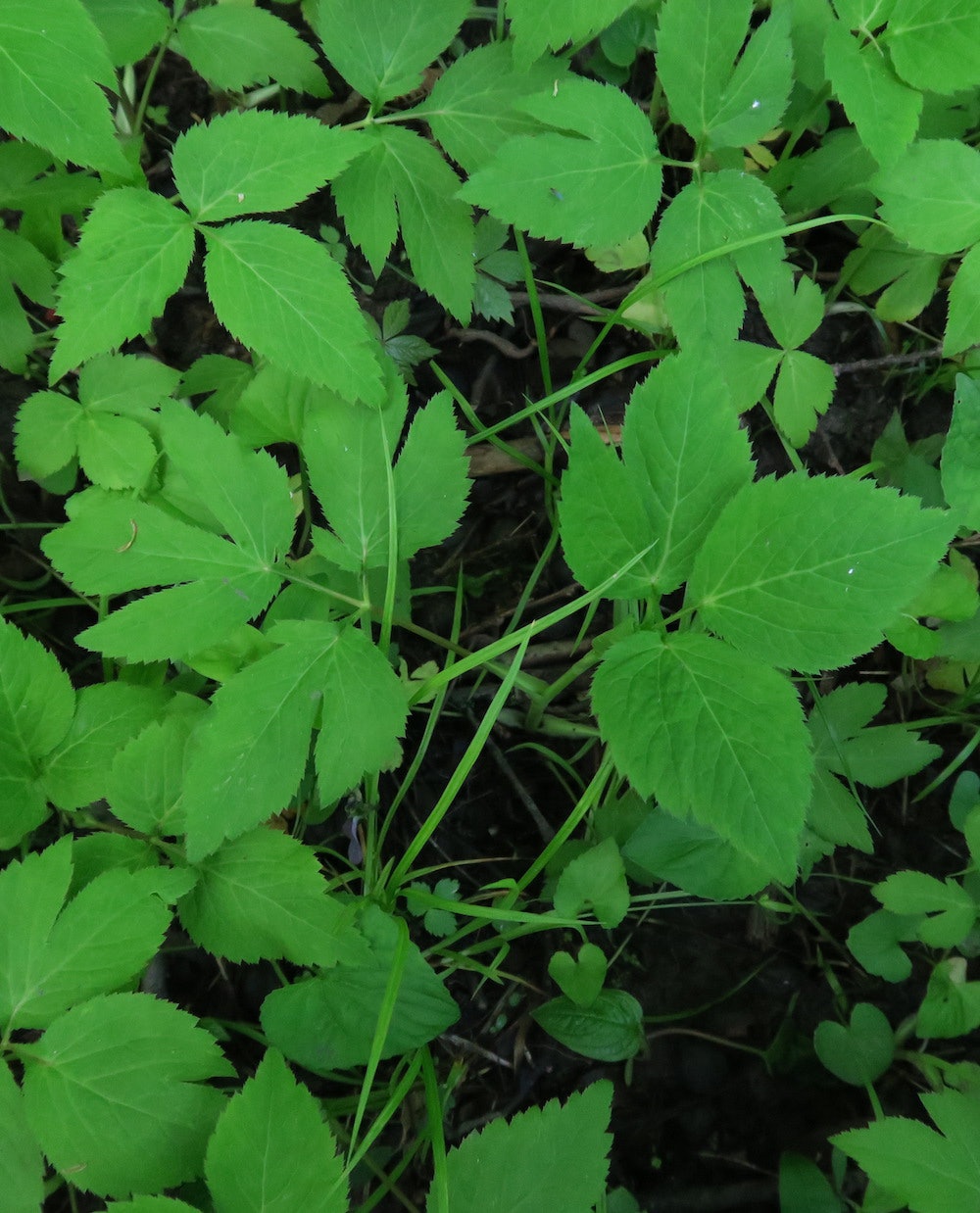 This picture from the spring shows one compound honewort leaf behind a bedstraw plant in bloom. Near the bottom of the frame, spring beauty flowers are out of focus. 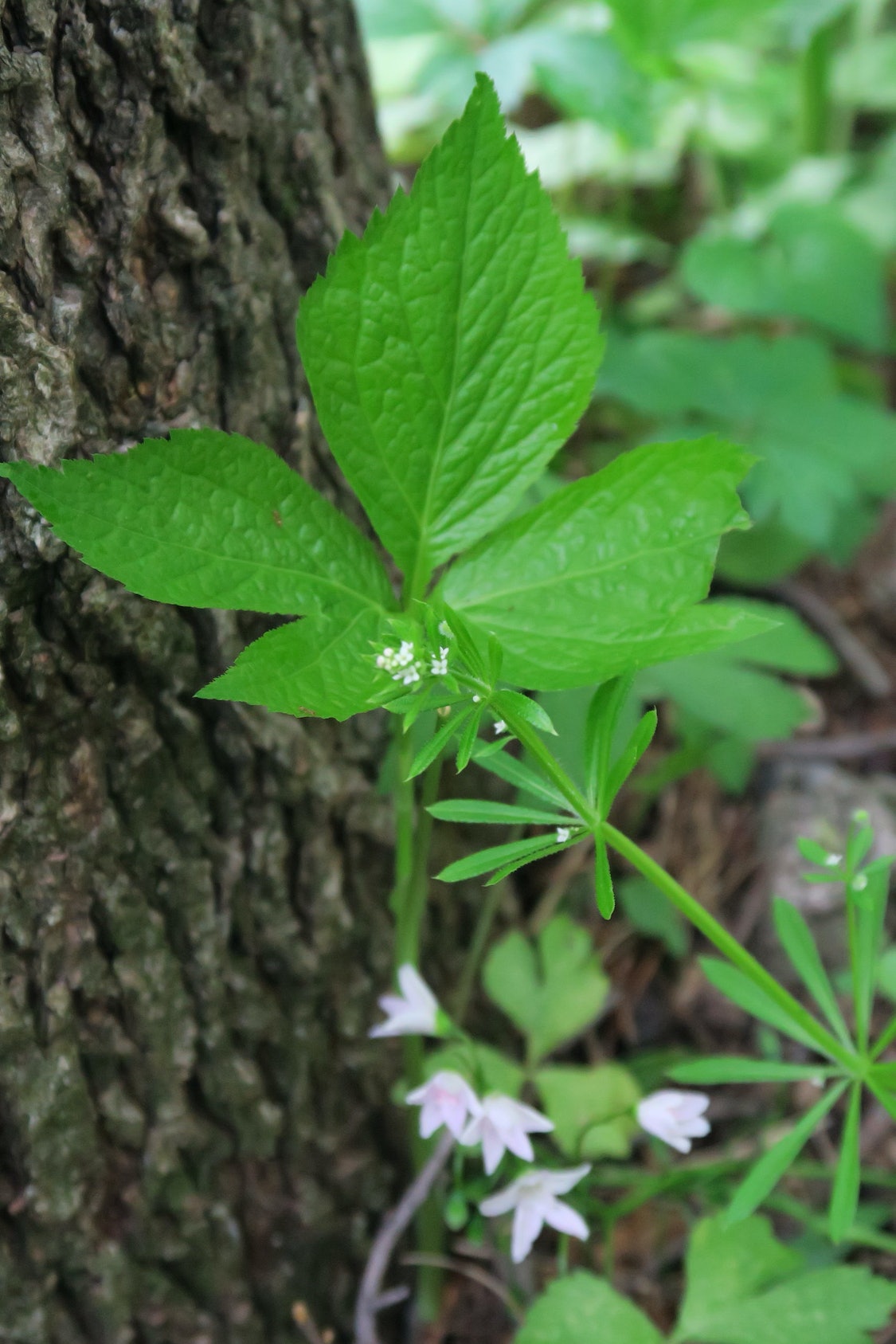 Honewort plants usually reach heights of one to three feet and start blooming in the late spring or early summer. Years ago, I worried that a large colony of honewort near my home might be poison ivy. But poison ivy leaves are more shiny, and the edges are not toothed. Poison ivy also typically stays closer to the ground than honewort, and has much different flowers on the rare poison ivy plants that grow large enough to develop flowers.

In this picture, you can see poison ivy leaves near the bottom of the frame. The honewort in the center is much taller. 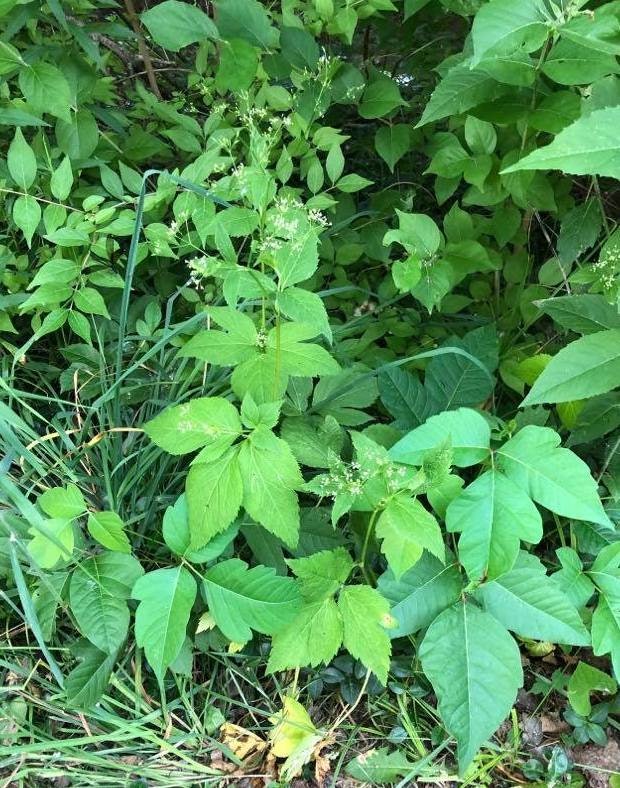 This honewort plant is budding. 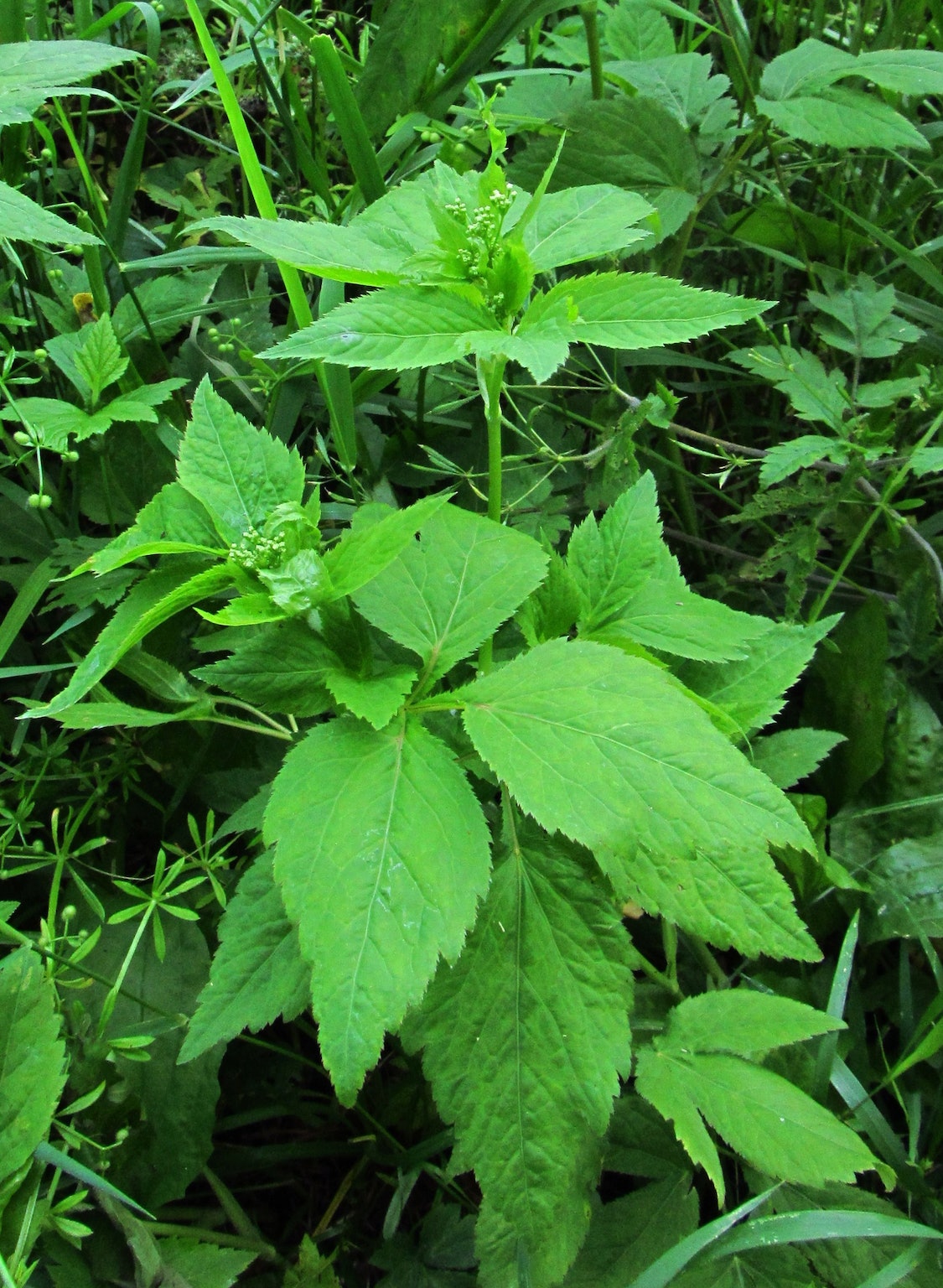 Tiny flowers (less than one-eighth inch across) are opening on this plant. I had trouble getting a good close-up of these flowers, but other websites have better images. 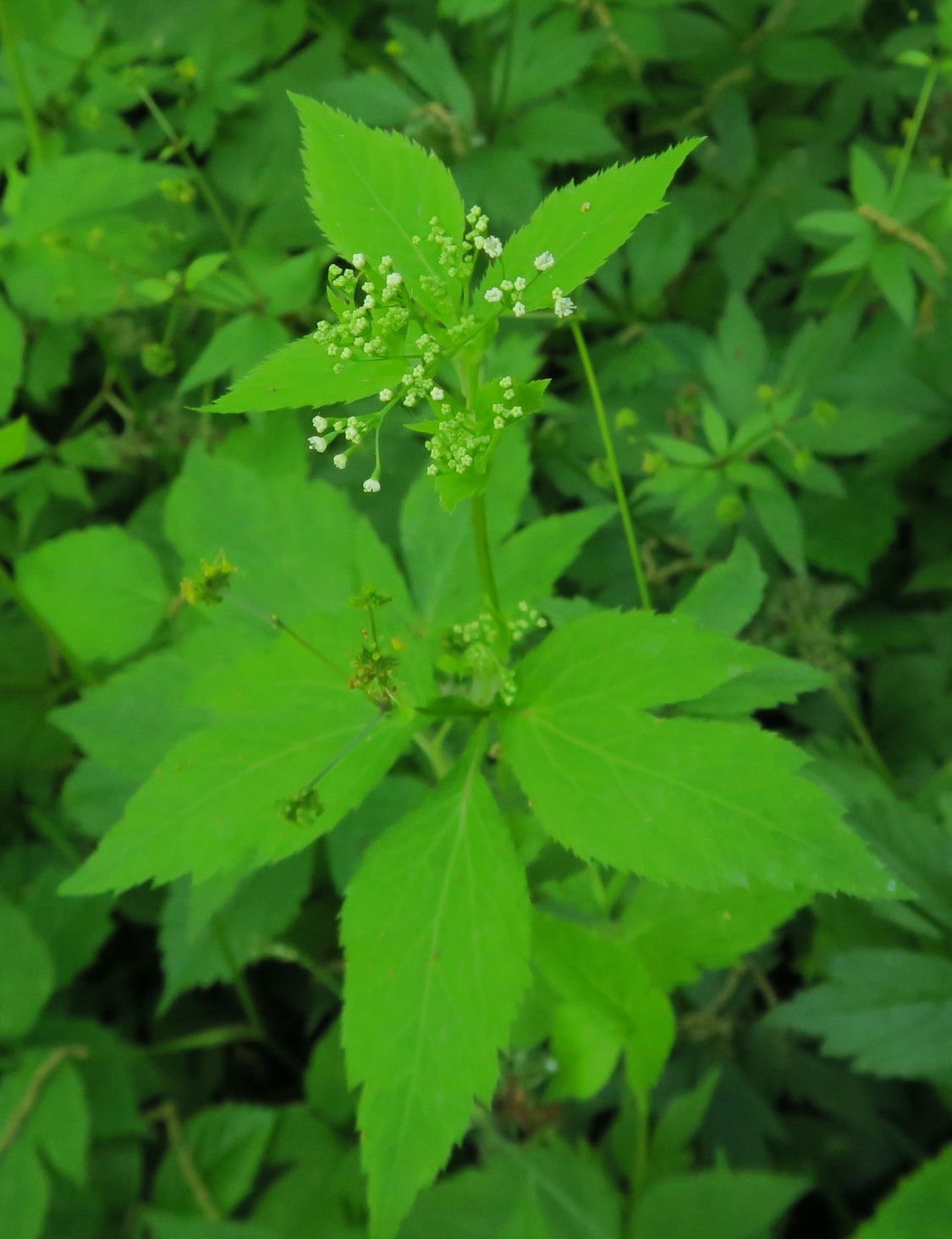 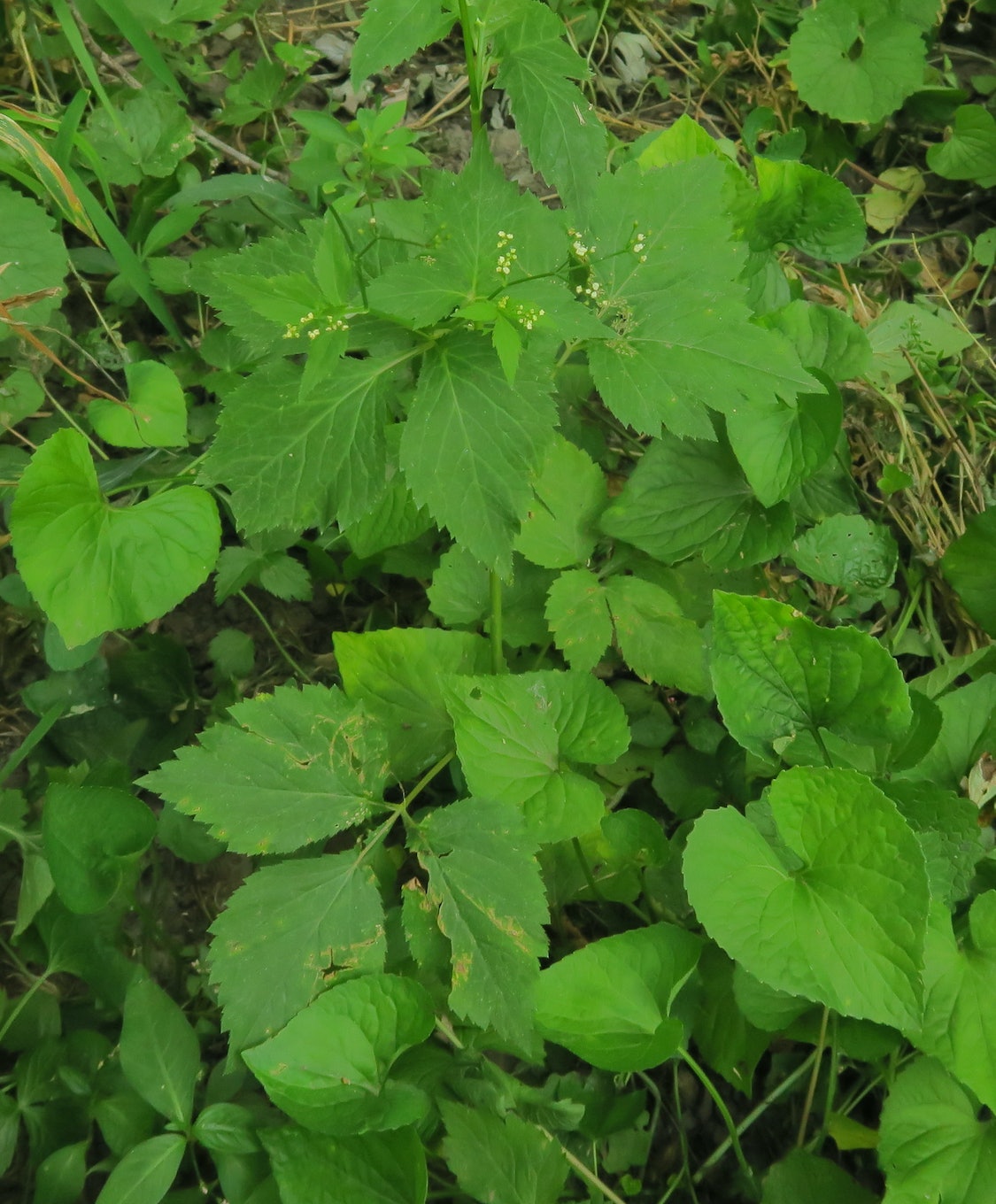 In front of these honewort plants, fruit is forming on a large Jack-in-the-pulpit. 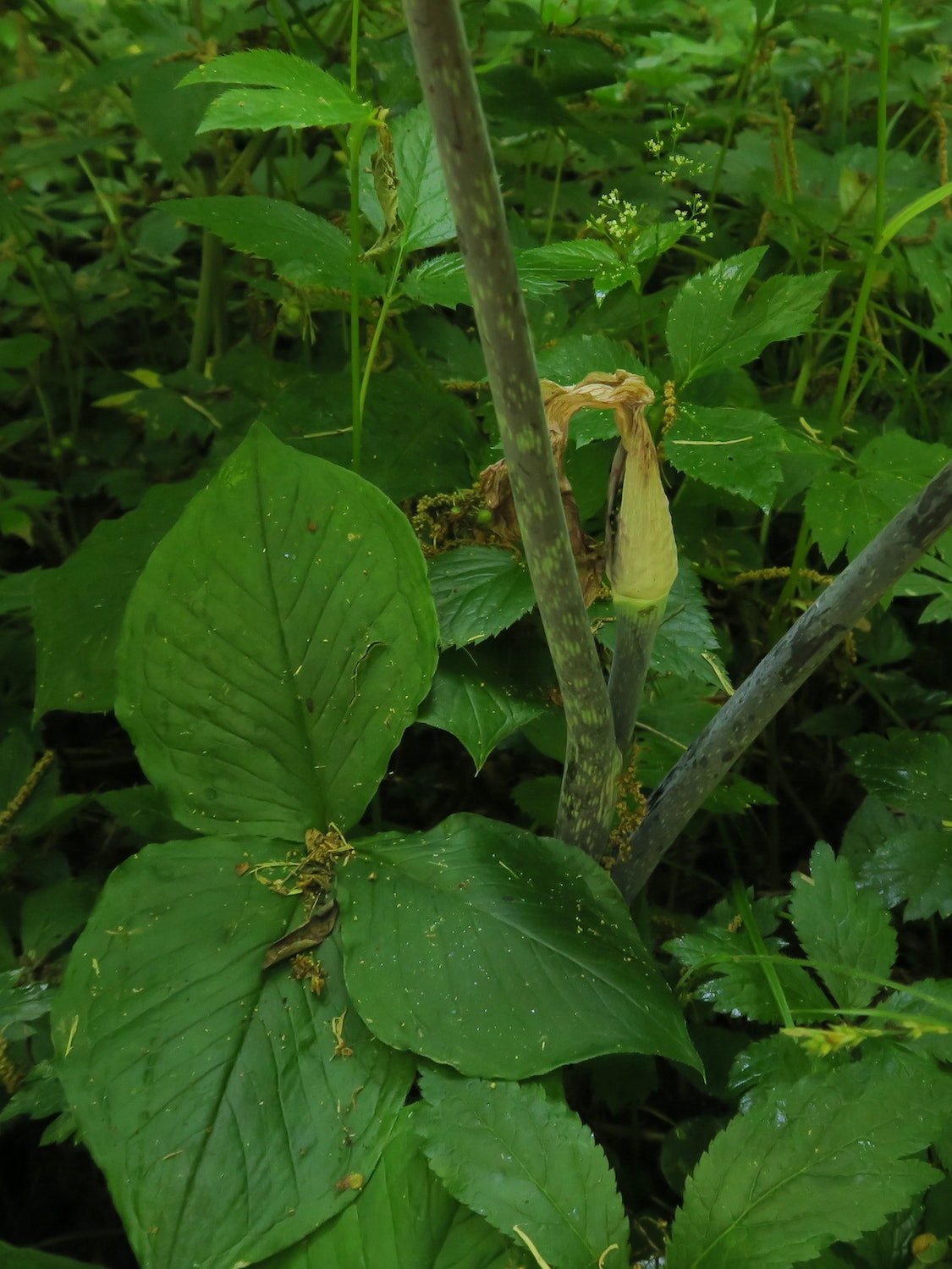 Minnesota Wildflowers describes honewort fruit as “a 2-sectioned, ribbed seed, about ¼ inch long, pointed at the tip. It ripens from green to dark brown.” You can see the seed starting to develop in this image. 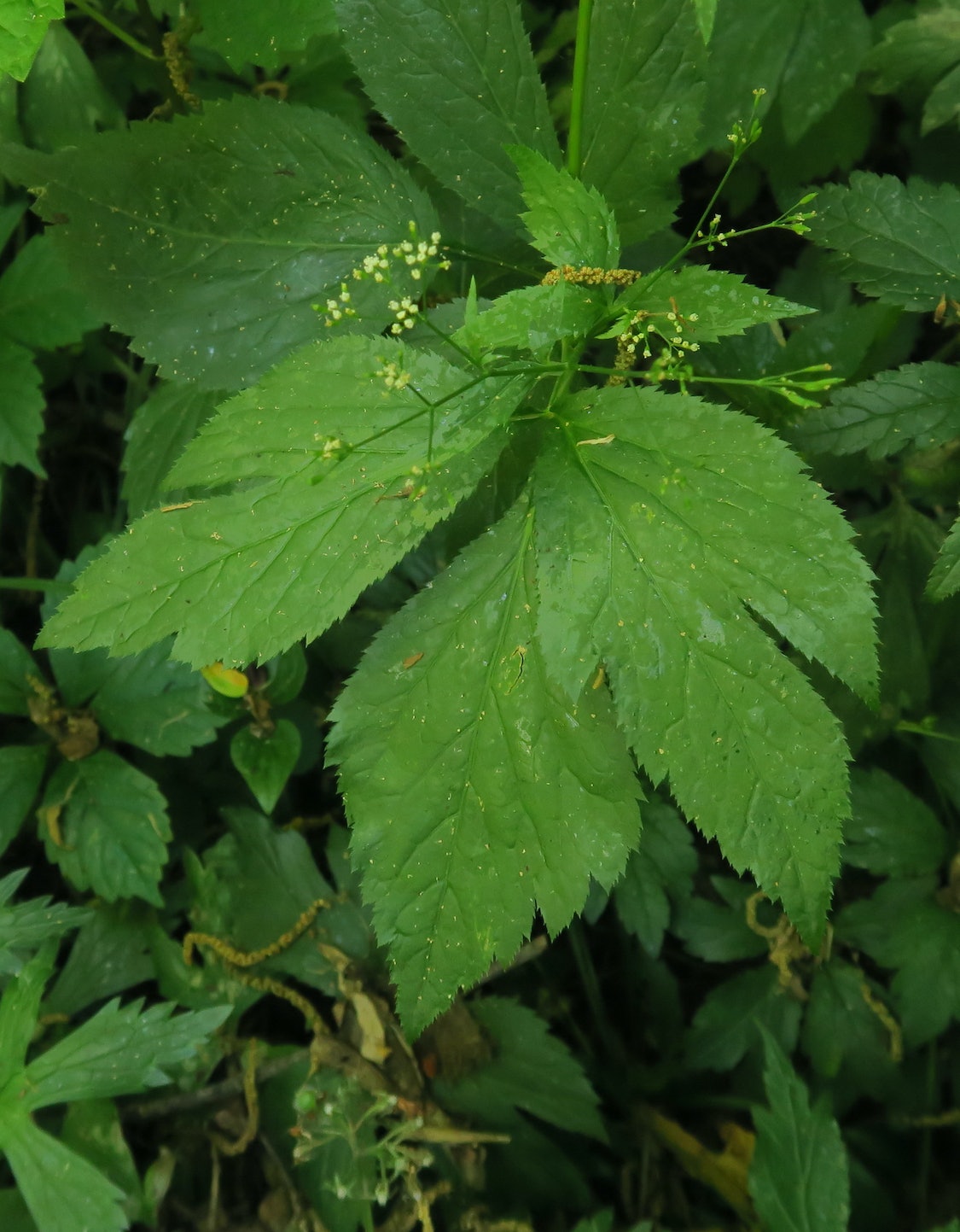 Another honewort plant with fruit forming, growing alongside a common black snakeroot plant. 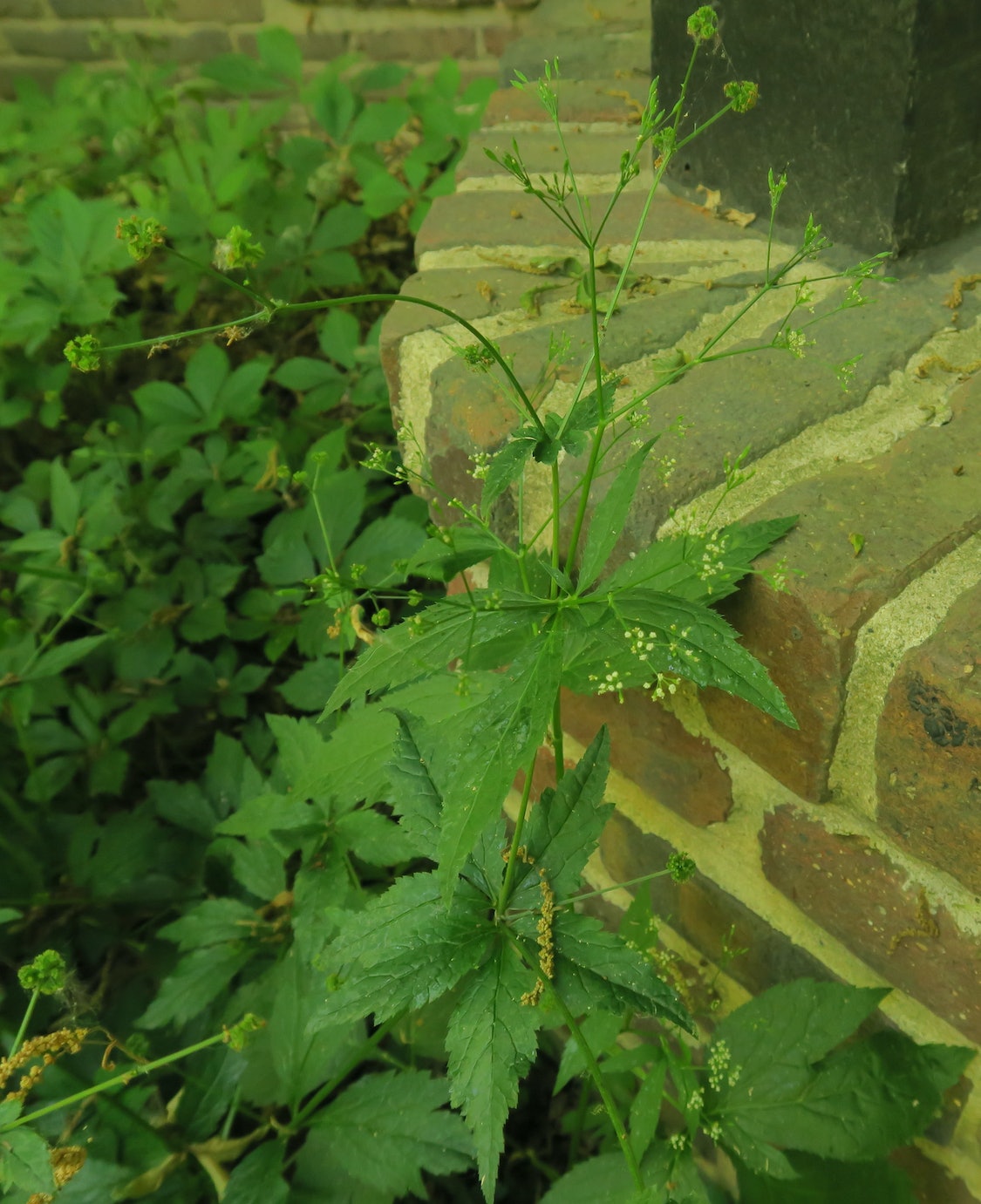