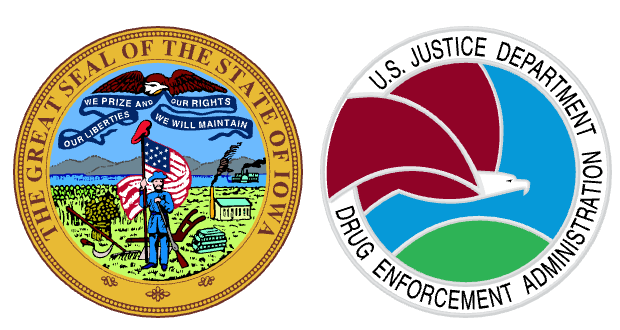 Update on efforts to obtain a federal cannabis exemption for Iowa

Carl Olsen is the founder of Iowans for Medical Marijuana. - promoted by Laura Belin

In February 2019, I asked the Iowa Medical Cannabidiol Board, which regulates our state’s medical cannabis program, if there was anything we could be doing about federal drug law, such as obtaining a federal exemption (21 C.F.R. § 1307.03) like the one that currently exists for another federal Schedule I controlled substance, peyote (21 C.F.R. § 1307.31).

In August 2019, at my request, the board recommended that the Iowa Department of Public Health (IDPH) obtain a federal exemption for cannabis. However, the department refused, saying none of the other 46 states that have enacted medical cannabis laws have requested federal exemptions, and that Iowans were not being injured by the federal criminalization of cannabis.

Keep in mind that patients had been testifying before the board about discrimination in schools and health care facilities because of the federal criminalization of cannabis. Iowa Attorney General Tom Miller signed a September 2019 bipartisan letter from attorneys general saying the current federal policy "poses a serious threat to public safety."

Board understands need for federal exemption

If you’ve ever wondered about citizen boards overseeing state programs, this is an example of a board that saw something the department could not see. Because the board is made up of citizen volunteers, they understand the program better than the department that regulates it. This particular board is made up of several doctors and a police officer. They understand federal regulation of contolled substances better than most people. I’m also a citizen volunteer, and I was able to work with this board to provide greater protection for patients than the department would have provided without us. The board took the time to listen carefully.

Again, I want to express my deepest appreciation to the Iowa legislature for creating a board of medical and law enforcement professionals to oversee our state cannabis program. This board has proven its value time and again. Regardless of what the department says about the other 46 states’ failure to address federal drug regulations, it’s not our business to interfere in their affairs. But it is our business to protect and improve the health of Iowans, and that’s exactly what we will do.

In January 2021, the cannabidiol board notified the legislature that the department was stalling. I don’t want to imply IDPH officials were intentionally stalling. For whatever reason, the department could not see a clear path forward. I’ll give the department the benefit of the doubt here. It is clearly in everyone’s best interest to let the board continue leading on this matter.

In April, I filed a lawsuit in Polk County District Court demanding Governor Kim Reynolds obtain the federal funding guarantees required by the 2020 law. In response, the IDPH sent letters to the Centers for Medicare and Medicaid, the Food and Drug Administration, the Department of Education, and the Drug Enforcement Administration, requesting federal funding guarantees.

When the cannabidiol board met in May 2021, it wasn’t aware of the four letters sent by the department in April. I provided board members with copies of the four letters and suggested the board contact our federal legislators, Senators Chuck Grassley and Joni Ernst, Representatives Ashley Hinson, Mariannette Miller-Meeks, Cindy Axne, and Randy Feenstra, to assist us in obtaining federal funding guarantees. A board member asked that my request be added to the agenda for the next scheduled meeting in August, and the department agreed to add it.

Iowa's members of Congress not on board with needed legislation

Grassley and Ernst are among ten senators co-sponsorig S.253, the Cannabidiol and Marihuana Research Expansion Act.

In the U.S. House of Representatives, Miller-Meeks is one of two co-sponsors of H.R.2932, the Veterans CARE Act.

I appreciate the fact they support more research, but these bills provide absolutely no protection for Iowa’s medical cannabis program.

Federal legislation exists that would protect our state’s medical cannabis program, and our state's members of Congress should be supporting it. See H.R.3105 - Common Sense Cannabis Reform for Veterans, Small Businesses, and Medical Professionals Act, for example.

An estimated 78 percent of Iowans support expanding the medical use of cannabis in Iowa. Support for medical cannabis nationally is 91 percent, recent polling suggests.

The parallel concern making it appropriate to include marijuana grown for home consumption in the CSA is the likelihood that the high demand in the interstate market will draw such marijuana into that market. Raich, 545 U.S. at 19.

As states began to license manufacturers and distributors, the initial federal response was a stern warning in 2011: “the business of cultivating, selling or distributing marijuana, and those who knowingly facilitate such activities, are in violation of the Controlled Substances Act, regardless of state law.”

That warning was replaced in 2013 with a green light suggesting such businesses could proceed: “the existence of a strong and effective state regulatory system, and an operation’s compliance with such a system, may allay the threat than an organization’s size poses to federal enforcement."

Iowa’s medical cannabis program (Iowa Code Chapter 124E) addresses these concerns. Unlike the situation in the Raich case, Iowa does not authorize the personal cultivation of cannabis. Iowa authorizes “pharmaceutical grade cannabinoids” in formulations “recommended by the medical cannabidiol board, approved by the board of medicine, and adopted by the department pursuant to rule” (Iowa Code § 124E.2(10)). DEA created a new drug classification for “cannabis extracts” in 2016 (81 FR 90194, 12/14/2016).  There have not been any reports of diversion of these products from legitimate channels.

The Biden administration’s policy on marijuana is to federally legalize medical use of cannabis and to leave decisions on other uses of cannabis up to the states (emphasis added):