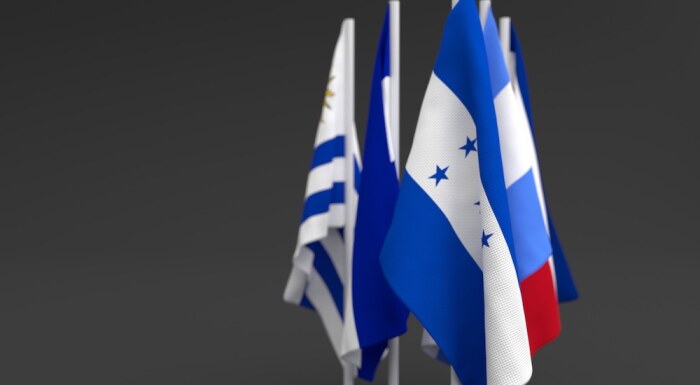 I'm coming down off an incredible high -- not from a substance I ingested but from a substance I viewed, specifically In the Heights, director John Chu's cinematic interpretation of Lin-Manuel Miranda's 2008 Tony Award-winning musical about the dwellers of the Washington Heights neighborhood of Upper Manhattan in New York City.

Many of those residents, and the actors, actresses, and dancers who portray them, are descended from Latino immigrants. Movies being what movies are, all of them display an energy that derives strength from their ancestry, whether from the Dominican Republic, Puerto Rico, Mexico, Ecuador, or other.

But regardless of "cinema o-verite," that energy from the actual residents is real, and is pure American; the energy of hope, anticipation, and freedom.

In Des Moines, which has a substantial Congolese enclave, culture diversity has burgeoned on an order of magnitude since my wife and I settled here in 1985. In fact, between 2010 and 2019, Des Moines led the nation -- led the nation! -- in the growth of its foreign-born population. The report, from the think tank Heartland Forward, called the city one of the "real stars" of the Heartland metros in that respect. The Des Moines Public Schools website says students come from homes where more than 100 languages are spoken.

The twenty-first century is seeing a mighty affirmation of the premise that America truly is a land where anyone, from anywhere, can take advantage of rarefied opportunities.

Vice President Kamala Harris had to go to Guatemala to urge people wanting to escape corruption and gang murder not to come here. President Barack Obama disclosed in the first volume of his memoir that his administration had to deport thousands of people because that's what the law said they needed to do. And individual states are striking back against what they consider an invasion: Iowa Governor Kim Reynolds heartlessly declared that Iowa wouldn't house migrant children, and Texas' governor wants his state to build the wall the former guy started.

Forgive me for using the f-word, but emotions about U.S. immigration policy obscure the facts. And those are that historically, it has been capricious and clumsy, customarily taking years from application to admission, and America has generously let in only those who look like "real Americans" (white, northern Europeans) while being Scrooge-like about admitting those who don't (dark-skinned migrants from Africa, Asia, and southern Europe).

Polls indicate most Americans solidly believe immigration is good for the country, and seven in ten agree that there should be a citizenship path for those who entered America as babies and now hold down good jobs, pay taxes, and even serve in the military. Meanwhile, most anti-immigrationists would never consider scrubbing toilets or picking fruit for a living, but they hate the idea of immigrants risking everything they have to come here and do exactly that, hoping to secure a toehold on a better life.

Much though not all anti-immigrant sentiment also comes from those who came of age in all-white, all-English-speaking communities and fear America's inevitable road to "minority majority," when people of color will outnumber Caucasians, predicted to occur around 2045. Admittedly, when all you're used to is sameness, it is difficult to accept otherness, which today also encompasses sexuality and gender.

Fortunately, our children are escaping those bonds. They are attending large colleges and universities and moving to large cities, where they are exposed to persons of different cultures and nontraditional sexual and gender roles. They are eschewing burgers and fries for Ecuadorean stuffed plantains and Ethiopian kitfos. They are chillaxing to a meditative Indian flute or amping up to an energetic raga. Or being swept up in the color and exuberance of a Pride Parade or an Iowa Tai Dam festival. Or simply sitting back at home or in a movie theater (remember those?) and appreciating the dynamism of Washington Heights.

Remember that hopelessly gooey Disney ditty "It's a Small World"? Well, guess what: The guy with the mouse ears was right -- it is a small world, with wonders and delights from all four corners. And those corners are right here, in a neighborhood near you.

Top illustration of flags of the five countries of central America created by estudio Maia and available via Shutterstock.