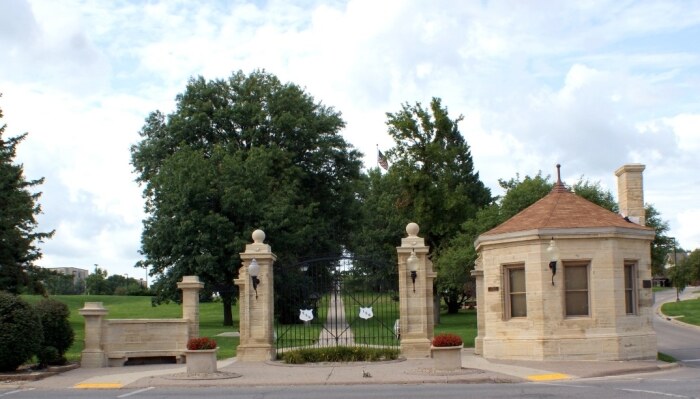 The Iowa Veterans Home is currently experiencing a COVID-19 outbreak. Families and guardians of loved ones living at the state-run facility in Marshalltown--the largest nursing home in Iowa--were notified on June 22 that four employees and five residents had tested positive that day. All lived or worked in the same building. An email sent on June 25 indicated that another resident in the same unit (Malloy 3) had tested positive, and all six affected residents were in the home's COVID unit.

As of June 25, the long-term care dashboard on the state's coronavirus website was showing eight positive cases and no recoveries at the Iowa Veterans Home within the last fourteen days.

The state website doesn't break down how many cases have been identified among staff and how many among residents, or whether anyone has been hospitalized. Emails to relatives and guardians indicated that one Iowa Veterans Home resident was hospitalized on June 23 but had returned to the home by June 25.

The Iowa Department of Public Health did not respond to questions Bleeding Heartland submitted on June 23, when the Marshalltown facility wasn't yet listed on the state website, about the outbreak and current vaccination rates for Iowa Veterans Home residents and staff.

Iowa opted not to require vaccinations for employees at state-run residential facilities. Officials at the veterans home told Clark Kauffman of Iowa Capital Dispatch in early March that 93 of residents had been vaccinated for COVID-19, but only 63 percent of staff had opted to get a vaccine. Data compiled by the federal government shows five total coronavirus deaths at the Marshalltown facility: one last August, two in November, and two in December.

Many smaller nursing homes had more fatalities; state data shows 2,372 total COVID-19 deaths among Iowans who had been residing in long-term care. That figure does not include deaths among Iowans in other senior communities such as assisted living facilities.

The Malloy 3 unit remains in isolation, but visitation, communal dining, and small group activities have continued with some adjustments in other areas of the home. The facility has delayed planned July 1 openings for areas including the chapel, library, arts and crafts, and the Malloy building cafeteria.

Sara Anne Willette, who tracks Iowa's COVID-19 statistics on her own website, commented that the Iowa Veterans Home is the state's first long-term care facility to become active for a fifth time.

The state website shows two other Iowa nursing homes, in Audubon and Cerro Gordo counties, as having active COVID-19 outbreaks, but no new positive cases identified in the past fourteen days.

Governor Kim Reynolds removed Iowa Veterans Home Commandant Timon Oujiri in early May, without explanation. Staff in the governor's office and at the veterans home have not responded to requests from Bleeding Heartland and other reporters for records showing the "documented reasons and rationale" for Oujiri's removal.

UPDATE: A seventh resident tested positive at some point, but the Iowa Veterans Home informed relatives and guardians on June 29 that there were no new positives that day. The State Hygienic Laboratory determined that "a new variant without a specific name" (not the Delta variant) caused the infections. All the affected residents were fully vaccinated for COVID-19.

According to the June 29 email, 95 percent of Iowa Veterans Home residents and 70 percent of staff are vaccinated. The email did not mention whether staff who tested positive last week had been vaccinated.

The state's website is still showing only eight total cases at the Marshalltown facility. LATER UPDATE: As of June 30, the state website shows nine cases at the Iowa Veterans Home.

It's not clear how many affected people have had symptoms of COVID-19. The emails to relatives and guardians all contain this paragraph near the bottom:

We are following the Center for Medicare and Medicaid Services (CMS) guidelines regarding having to notify all residents’ families/next of kin anytime there is a total of three residents and/or staff with any respiratory symptoms. We currently have more than 3 residents and/or staff with respiratory symptoms. NOTE: This is not saying we have 3 new positive cases.

The already-existing variant of the virus identified at the Iowa Veteran's Home is not a variant of interest or variant of concern.

Just like other viruses, the Sars-CoV-2 virus can change over time. This virus has demonstrated a generally low mutation rate when compared to other RNA viruses such as HIV and influenza virus.

IDPH is working with IVH to help them better understand the nature of the virus and how to communicate this information with their residents, families and guardians.

LATER UPDATE: Families of residents were notified on July 1 that five of the seven residents in the COVID unit had returned to their regular rooms. That message repeated some of the public health department's description of the virus as "not a variant of interest or variant of concern." It also stressed the importance of vaccination and mentioned that the Iowa Veterans Home holds a vaccine clinic every two weeks, available to all residents, staff, and family members.

On July 2, an email from the facility noted that one of the patients in the COVID unit had died, adding that the resident had been "in end of life care prior to testing positive" for COVID-19.