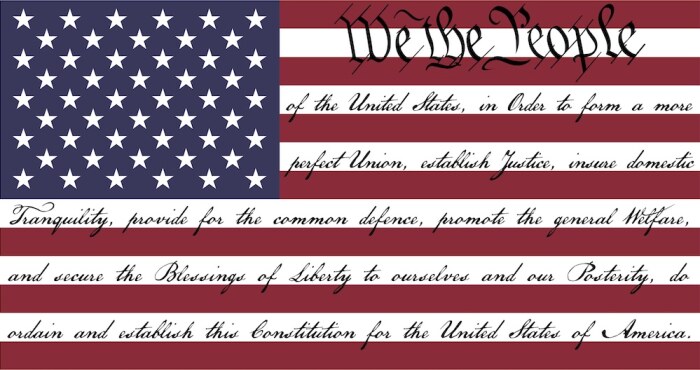 Our failure of federalism

Ira Lacher: Federalism leaves the U.S. with an inability to centralize a means of combating a disease that has killed 607,000 in America. And counting.

“The country is facing a strong resumption of the epidemic touching all our territory. The equation is simple. The more we vaccinate, the less space we leave this virus to circulate.”

Way to go, President Biden! That’s what . . . huh? Oh. That wasn’t President Joe Biden. It was French President Emmanuel Macron in a televised address Monday, explaining why all health care workers in that country are being ordered to vaccinate against COVID-19, and why everyone in France will need proof of vaccination to shop in a mall, eat in a restaurant, or travel by air or rail.

Instead, this was Biden, speaking to reporters in the White House’s South Court Auditorium on July 6:

“[P]lease get vaccinated now. It works. It’s free. And it’s never been easier, and it’s never been more important. Do it now — for yourself and the people you care about; for your neighborhood; for your country. It sounds corny, but it’s a patriotic thing to do.”

“Patriotism” used to mean standing together as Americans for the common good, such as when terrorists killed thousands by ramming jetliners into skyscrapers on 9/11. Today it means wearing a flag pin on your lapel, and trumpeting how your state is empowered to define America. Contrary to e pluribus unum, many states are defying American values by enacting laws to make it harder to vote, punish peaceful protesters, and even learn American history, warts and all.

Is this what most of America’s framers wanted when they drew up the Constitution? For America to be a land of tribal warlords, like Afghanistan?

No, but they did want the thirteen colonies that declared independence from Britain to remain quasi-independent. So they ginned up a federal government with powers to declare war and raise an army to fight it, create a common monetary system, regulate interstate commerce, and establish a post office. Everything else they left up to the states.

As a result, the U.S. is one nation with 50 different sets of laws, which anti-big-government conservatives have only been eager to exploit. Remember the newly inaugurated President Ronald Reagan exhorting, “Government is not the solution to our problem, government is the problem.”

Which leaves our country with an inability to centralize a means of combating a disease that has killed 607,000 in America. And counting. Your odds of beating the pandemic depend on where you live. Which is why slightly more than half of Californians are fully vaccinated against the virus and reasonably assured of living normal lives, and only a third of Alabamians are. Roll, Tide — of infections.

… has complicated the U.S. response to the novel coronavirus. States varied in establishing physical distancing messages, administering testing, and issuing crucial equipment such as personal protective equipment and ventilators. The President, governors and other leaders provided conflicting measures about public safety. This fragmented and disjointed response undoubtedly cost time and lives.

And continues to do so, as tens of millions of Americans exercise their “personal freedom” to not protect themselves and others from getting sick and dying.

Even assuming that during the height of the crisis we had a president who wasn’t an amalgamation of Wizard of Oz characters — no brain, no heart, and no courage — we would still be in this situation because of our mega-fragmented federal system.

Constitutional scholars argue that the federal government has the power to work within the framework to set national policy on critical issues such as education, energy and yes, health care. FDR’s New Deal legislation assumed the necessary powers to create federal agencies that hauled tens of millions of Americans out of poverty. All that’s lacking is the will.

“The problem,” writes Harvard law professor Noah Feldman, “doesn’t lie in the Constitution, at least not primarily. It lies in the deeply established political norms and customs that still confer enormous power on states, even regarding national infrastructure problems that span states. . . . [A]s the New Deal federalism overhaul shows, those structural features of our federal system can be overcome when crisis demands it.”

Don’t the deaths of six hundred thousand — and, most likely, thousands more to come — demand it?

Top image: We The People American Flag with the preamble to the U.S. Constitution written on the stripes. Artwork by Christopher Beahan, available via Shutterstock.