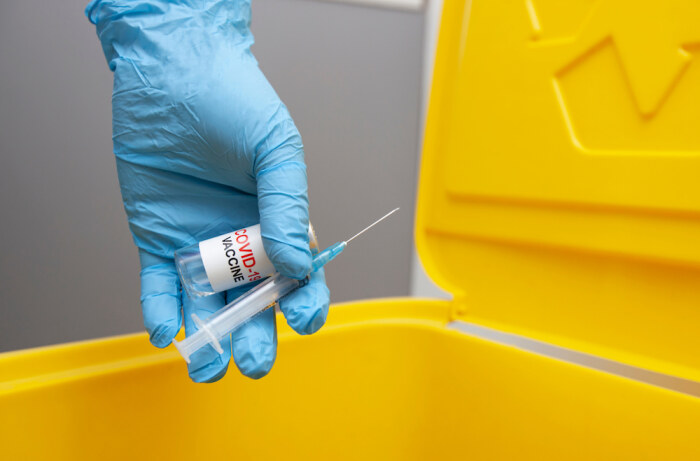 What do we owe the unvaccinated?

Ira Lacher: Should a person who has done the common-sense thing be mindful of others who have chosen to stay unvaccinated for COVID-19?

In Texas, a doctor can legally discriminate against trans patients, as well as women who have had abortions.

While this seems to empower healers to substitute their Hippocratic Oath with legal immorality, it is hardly an aberration of human behavior. The researchers Fang Cui, Ning Ma, and Yue-jia Luo have found that the human response to the pain of others -- described by some as morality -- can differ based on whether we perceive that person to be worthy of a moral response.

"What distinguish[es] moral judgments from other items such as preference, aesthetics or non-moral good and bad," they wrote, "is that moral judgments entail a belief that someone should be rewarded or punished."

Or, as Nahum the beggar famously says in Fiddler on the Roof, when given less than his usual alms of two kopecks, "If you had a bad week, why should I suffer?"

Americans are about to face a moral dilemma, as the Delta variant of SARS-Cov-2 spreads from coast to coast: Should a person who has done the common-sense thing by getting the vaccine be mindful of others who have willfully chosen to reject the protection?

In recent days I have read accounts of healthcare workers who are becoming increasingly hostile as they are compelled to re-don hazmat suits and once again work 18-hour days to treat patients seriously ill with COVID-19 -- virtually all who have refused to be vaccinated. "I try not to feel angry, but it’s hard,” a Utah physician named Tony Edwards told The Atlantic magazine.

His anger might be directed at some of his colleagues; 1 in 3 healthcare workers have refused the vaccine.

Many vaccinated persons are following the CDC's guidelines for protecting the unvaccinated. Suzette Hackney, a columnist for USA Today, summed up this feeling: "I don't want to harm others. I don't want to possibly make others sick -- or worse. I wanted to do my part to slow the spread, and I continue to do so."

But for others, anger is beginning to boil over at those who willfully refuse the documented near-100 percent protection. "As a country," wrote Michael J. Stern, another USA Today columnist, "America has become too tolerant of half-witted individual autonomy that ignores the existential needs of the vast majority of its citizens."

Since this crisis began, I have used a neighbor as a societal bellwether. When the pandemic first took hold, mostly threatening older individuals and those in less than good health, this neighbor felt unfairly put upon to shoulder the burdens of shelter-in-place, mask wearing, and social distancing. "I am young and healthy," this person would tell me. "Why should I suffer?"

Now, the pandemic parameters have been yanked inside out: Younger adults, who are as a group less likely to be vaccinated than those originally at higher risk, are being hospitalized in growing numbers.

Despite the alarm over the Delta variant, summer 2021 is unlikely to resemble winter 2020-21, when hospitals and morgues all over America were being overwhelmed. The at-risk population is far smaller because 161 million of us are vaccinated. And Delta may be more contagious but less severe.

But areas of fewer vaccinated populations could face increased restrictions, including lockdowns and quarantines. And combined with America's stubborn refusal to require "vaccine passports" or other proof of immunity, those restrictions could likely apply to all persons, not just those who are vaccinated. If this occurs, it will be anyone's guess whether those who exercised common sense will have sympathy toward those who didn't.

"When facing immoral persons, we would try not to get involved with their emotions and feelings since the immoral persons are more likely to be dangerous," the researchers Cui, Ma, and Luo wrote in their study. "Keeping alert and emotionless to immoral ones would be better for our own safety."

In January, just before the vaccines' mass roll-out, Jacob Appel, director of Ethics Education in Psychiatry at the Icahn School of Medicine at Mount Sinai in New York City, wrote in The Baltimore Sun: "The past 10 months have displayed how difficult it is to generate solidarity in a country divided not only by politics, but by values, science and facts. In another 10 months, many vaccinated Americans may have a clear answer to what they owe the unvaccinated: absolutely nothing at all."

Nahum the beggar may be about to become very hostile.