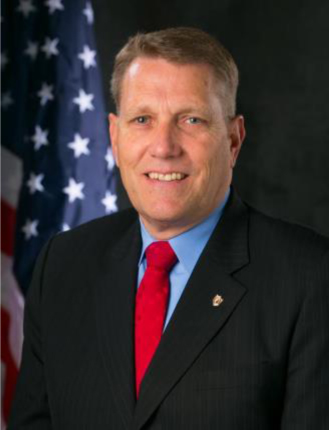 Staff in the governor’s office and Iowa Veterans Home declined to clarify why Governor Kim Reynolds fired the home’s Commandant Timon Oujiri in early May, and for months did not respond to public records requests related to Oujiri’s removal.

The mystery was revealed on July 29, when State Auditor Rob Sand released a special report showing Oujiri had received $105,412.85 in improper compensation since June 2019, including $90,027.20 of unauthorized gross wages.

Reynolds relieved Oujiri of his duties a day after the commandant told members of the governor’s staff “he noticed the overpayment by the end of July [2019] but did nothing to resolve the issue,” and that he was “too embarrassed” to mention it by the summer of 2020. The governor’s office alerted state auditors to the problem, setting the special review in motion. CLARIFICATION: The state’s Department of Criminal Investigation “was looking into this prior to the engagement of the Auditor’s Office,” the auditor’s spokesperson told Bleeding Heartland on July 30.

Oujiri declined to speak with auditors or law enforcement, according to the report. But an Iowa Veterans Home official told a Department of Criminal Investigation agent that the commandant had occasionally expressed the view that he was underpaid. The audit report noted,

A bi-weekly gross salary of $6,641.60 equates to an annual salary of $172,681.60 which significantly exceeds the $128,890.00 maximum for the Commandant’s position. Because Mr. Oujiri was aware of the maximum allowable salary for the position, it should have been clear to him the pay increase he received beginning with the pay period ended July 11, 2019 was not appropriate.

According to the the report, the state retained $11,625 from Oujiri’s unused vacation balance but is still seeking repayment for another $93,787.34 that the former commandant improperly received in salary, benefits, or pension contributions.

State auditors recommended stronger internal controls at the veterans home to ensure the accuracy of payroll and documentation of pay increases. They referred their findings to local and state law enforcement agencies and to federal officials, because the federal government partly funds operations at the state-run veterans home.

After the governor’s office confirmed Oujiri’s removal in May, Bleeding Heartland and other news organizations requested records showing the “documented reasons or rationale” that he was fired. Such information from state employee personnel files has been a public record since Republicans amended Iowa’s open records law In 2017. The Iowa Public Information Board has issued guidance on what constitutes sufficient documentation of the reason an employee “resigned in lieu of termination, was discharged, or was demoted as the result of a disciplinary action.”

Neither the veterans home nor the governor’s office provided any records related to Oujiri’s firing, despite repeated reminders.

UPDATE: Stephen Gruber-Miller reported for the Des Moines Register on documents Oujiri’s attorney shared, which show that he sent a thank-you note to Reynolds and an email to her chief of staff Sara Craig Gongol in August 2019, thanking them for the raise. Oujiri also repeatedly offered to repay the excess salary this year, according to letters from his attorney.

The hand-written note refers to “the increase in my base pay” but doesn’t show the governor or her staff were told how much Oujiri’s pay had increased. They may have assumed he was thanking them for the 2 percent raise he was supposed to receive.

Sonya Heitshusen, public information officer for the auditor’s office, told Bleeding Heartland on July 30, “The Auditor’s Office was aware of the issues raised by Mr. Oujiri’s attorney and the Auditor’s Office stands by its report.”

Full text of state auditors’ report on a special investigation of the Iowa Veterans Home during Timon Oujiri’s tenure: