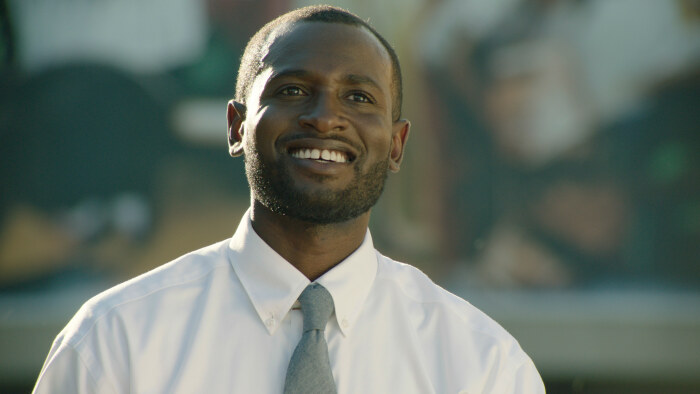 Ras Smith has represented part of Waterloo in the Iowa House since 2017 and is seeking the Democratic nomination for governor.

School is back in session across the state, but with soaring cases of the Delta variant of COVID-19 and school districts stripped of local control, our educators, students, and parents are suffering. Long before the pandemic, though, Governor Kim Reynolds and the Iowa GOP turned their backs on schools in Iowa.

Education is central to our heritage. Iowa’s state quarter reads “Foundation in Education.” When I had the opportunity to visit with former Senator Tom Harkin this spring, he reminded me that Iowa’s forbearers prioritized establishing a schoolhouse in every township, and they prioritized paying for it. That’s the Iowa I know and love.

Our schools are the backbones of our communities. But right now, there's a major disconnect between politicians and our classrooms. From not empowering local school districts to make decisions about how to keep students safe during the pandemic, to propping up for-profit charter schools with no oversight, to banning curriculum, Governor Reynolds has led Iowa astray. And it hasn’t gone unnoticed.

I’ve had the opportunity to host education roundtables across the state with local educators. Here are some of the things we’re hearing from educators on both sides of the aisle:

“We didn’t go into teaching to make a lot of money. We did it for the kids, and now we’re being vilified."

“Superintendents need to be given the opportunity to actually run their districts. The government puts too many stipulations on them. We need power given back to our local school boards and districts.”

“We’re not recruiting any secondary education teachers anymore. I’m worried about the future of education and schools in Iowa.”

Iowa used to have the best public schools in the nation, but Governor Reynolds is moving us backwards. While schools are closing across the state, Governor Reynolds continues to underfund public education, accelerating school closures and consolidations and driving educators out of state and out of the career they chose because they felt called to help kids.

Here’s what we know: as with hospitals, when schools close, communities begin to disappear. Under Governor Reynolds’ leadership, 80 percent of Iowa’s population growth occurred only in our state's four largest counties. Over the last decade, Iowa has lost nearly 20 school districts.

It’s time to take action. It’s time to invest in not just schools -- but in our teachers, students, and families. This is an investment in our future, in our workforce, and in a strong economy.

As the ranking member of the Iowa House Education Committee, I’ve fought against school vouchers and other behind the scenes tactics that take public dollars away from public schools.

As a former counselor, coach, and student support worker in Iowa public schools, I've seen the struggles our students and educators face on a daily basis.

And as the husband of a special education teacher, and a father to two young daughters -- education is part of my everyday life. I want my daughters, and every child in our state, to learn in schools that once again lead the nation. And I want every kid in Iowa classrooms to feel safe, supported, and seen.

As a leader on the Education Committee, I've been a champion for our public schools. My plan to continue that work as governor is as follows:

1.)   Prioritizing Students and Families - All Iowa students deserve a fair opportunity to receive a globally competitive education, regardless of zip code, background or parents' income. This means:

2.)    Empowering Educators - We ask so much of our educators, and yet many are left without the support they need, or have mandates placed on them that make teaching and learning less effective. We can empower our educators by:

·        Restoring Chapter 20 to give educators a voice in negotiating teaching strategies, wages, and workplace health and safety

3.)   Public Dollars for Public Schools - Governor Reynolds has doubled her efforts to use taxpayer dollars to fund private and for-profit schools, at the expense of nearly a half-million students in Iowa's public schools statewide. We know that a majority of Iowans oppose using public funds for private schools. We need to:

·        Stop the expansion of “for-profit” private and charter schools in Iowa.

This week, I was proud to receive the endorsement of Dr. Tammy Wawro, past president of the Iowa State Education Association. I stand with educators and students and as Governor, I look forward to putting in the hard work to get Iowa back to #1 in education.