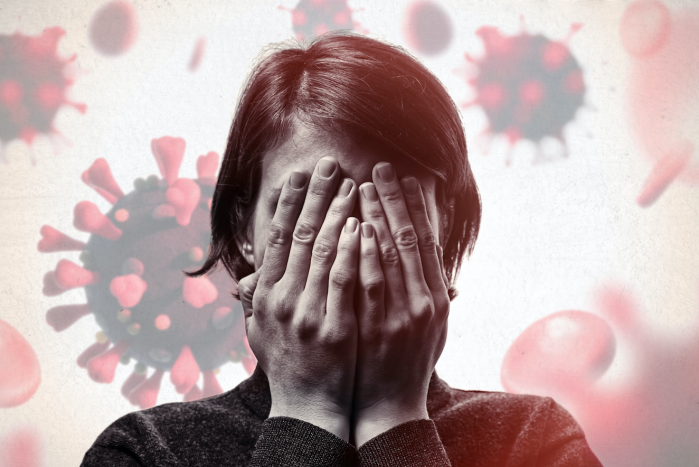 Statistics compiled by the New York Times indicate that Iowa is the 25th state to pass the grim milestone of losing one in 500 residents in the pandemic. The highest per capita fatality rates are mostly found in densely populated northeastern states, where the novel virus spread widely before mitigation practices were in place, or in the deep South.

Among the states bordering Iowa, South Dakota has the highest fatality rate, followed by Illinois. Missouri's per capita deaths are a little lower than Iowa's, while Wisconsin, Minnesota, and Nebraska have all lost far fewer residents than Iowa as a percentage of their populations.

COVID-19 has been involved in a little more than 11 percent of all Iowa deaths that occurred over the past eighteen months, the CDC data indicate.

Statewide, COVID-19 has claimed the lives of 201 out of every 100,000 Iowans. But 73 of the 99 counties have exceeded that death rate, according to data on the New York Times website. In twelve counties, per capita deaths are more than double the statewide level, meaning that more than one in 250 residents who were alive in March 2020 have died from coronavirus.

Iowa's largest-population counties (Polk, Linn, Scott, Johnson) are all well below the statewide per capita death rate. Story and Johnson—which have younger and more educated populations than the state as a whole, as well as relatively high vaccination rates—have recorded the fewest COVID-19 deaths as a percentage of the population.

Iowa's official website records COVID-19 fatalities by the date on the death certificate. At this writing, the total deaths recorded for each month during the pandemic are as follows:

COVID-19 was Iowa's third-leading cause of death in 2020, claiming at least 4,739 lives. That doesn't include deaths indirectly caused by the pandemic—for instance, people dying after delaying care for cancer, heart disease, or strokes.

The state dashboard shows 1,558 Iowans have died of COVID-19 since January 1, 2021. That total doesn't include several dozen deaths recorded by the CDC but not yet reported by the Iowa Department of Public Health. With recent COVID-19 hospitalization and intensive care numbers back at levels not seen since January, deaths are not likely to trend downward again anytime soon.

Iowa patients with other critical conditions now often face delays in care due to a lack of available ICU beds. Deaths caused by overcrowding or staff shortages in hospitals would not be attributed to the pandemic, however. A spokesperson for the CDC's National Center for Health Statistics confirmed via email on September 9, "We will only record a death as COVID-related if COVID-19 (or equivalent terminology) is reported on the death certificate."

Top portion of table from CDC's website on September 13: 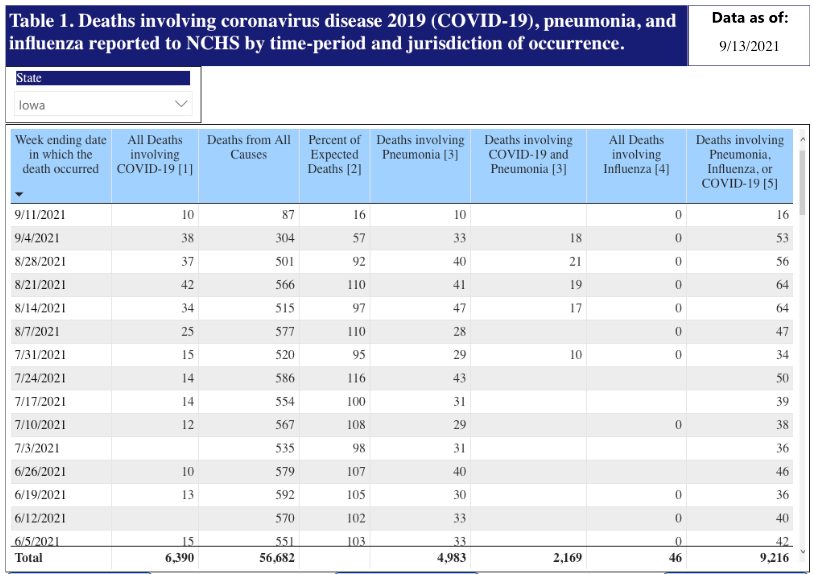