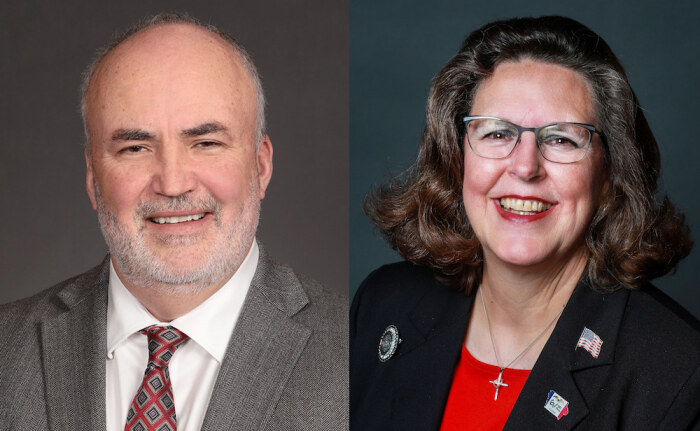 State Senator Jim Carlin and State Representative Sandy Salmon were among 41 legislators from sixteen states to sign the September 24 letter, enclosed in full below. It begins by wrongly claiming state lawmakers are "vested with the plenary power" under the U.S. Constitution to oversee presidential elections.

The signers assert that "our representative republic suffered a corrupted 2020 election," and therefore "all 50 states need to be forensically audited," with voter rolls "scrubbed." If such measures "prove an inaccurate election was held," the lawmakers want "each state to decertify its electors where it has been shown the elections were certified prematurely and inaccurately." (The Constitution grants no authority to states to decertify past presidential elections.)

The letter misrepresents findings released on September 24 about the presidential election in Arizona's largest county. Activists calling themselves "Cyber Ninjas" set out to prove Donald Trump won the state, but instead concluded Joe Biden carried Maricopa County by a slightly larger margin than the official vote tally. Other Republicans who falsely claim the 2020 election was stolen have similarly distorted the Arizona review, which did not follow standard audit procedures or comply with federal law on handling ballots.

Carlin and Salmon were the only Iowa lawmakers to attend conspiracy theorist Mike Lindell's symposium in Sioux Falls in August. Salmon posted on Facebook at the time that she was "turning over every stone to make sure our elections are secure!" Lindell failed to produce any evidence supporting his fraud claims, such as the allegation that China tampered with vote counts.

Carlin has repeatedly asserted in public remarks, including at least two Iowa Senate floor speeches, that Biden did not legitimately win the presidency. He is seeking the Republican nomination for U.S. Senate in 2022 and on September 24 characterized the race as a "contrast between Jim Carlin, a Pro - Trump Conservative, and Chuck Grassley, a Mitch McConnell Moderate."

Tana Goertz, a senior adviser to Trump, headlined a September 25 fundraiser for Carlin in Dallas County. Two Ankeny moms who are active in QAnon circles as well as vocal opponents of masks and COVID-19 vaccinations spoke at a recent Carlin fundraiser in Sioux City.

Appendix: Open letter to the citizens of the United States of America, signed by 41 Republican state legislators on September 24 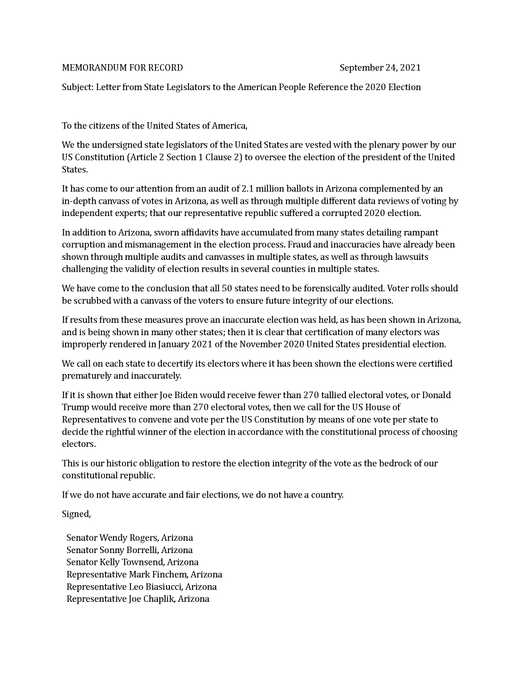 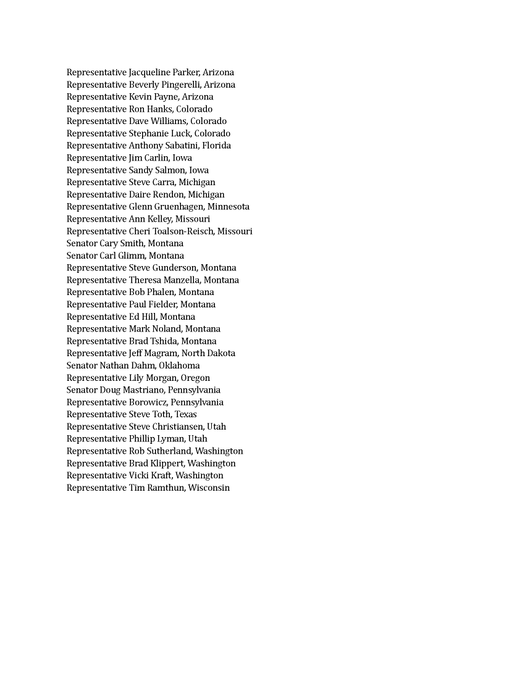