Iowa’s local elections are nonpartisan, but Bleeding Heartland welcomes endorsements of Democratic or progressive candidates for city offices or school boards. Please contact Laura Belin if you are interested in writing.

The Progressive Caucus of the Iowa Democratic Party is proud to announce its first slate of endorsements for the 2021 municipal election cycle. These candidates have been identified as those who exemplify the goals and values of the Progressive Movement. They use their campaigns and platforms to amplify the voice and concerns of marginalized individuals and bring attention to issues of social, economic, and environmental justice. 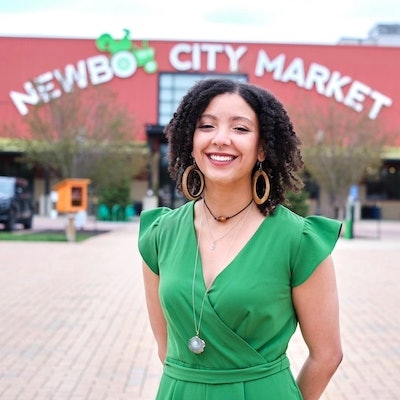 A climate scientist with an extensive history working in environmental justice and sustainability is just the tip of the iceberg for Tamara Marcus. This activist candidate has marched with the Sunrise Movement and exhibited tremendous leadership with Advocates for Social Justice, a group that helped to establish Cedar Rapids’ first Citizen Review Board. Throughout her campaign she has advocated for and uplifted the voice of the city’s marginalized and championed housing as a human right.

Her platform is simple and powerful. Disaster recovery from the August 2020 derecho and COVID-19, promoting green jobs and training opportunities, and cultivating community-driven reform. “To be an effective leader one has to be a deliberate listener. Cedar Rapids deserves to have a representative in City Council who will listen to their concerns & choose to act.” This is leadership that is sorely needed everywhere now. Cedar Rapids needs Tamara Marcus for 3rd District City Council. 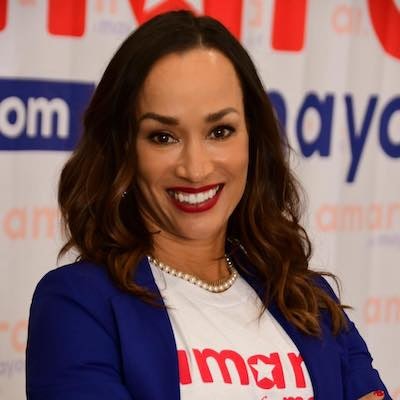 A graduate from UCLA School of Law and the head of business development and communications for the transportation division of TrueNorth Companies, Amara brings more than enough leadership experience and education to the table. Throughout her campaign she has been unapologetic in her stances on social and environmental justice. She has not only uplifted the voice of marginalized people but championed members of the LGBTQIA+ community by making sure that they are represented in her campaign. “What the city can do is start having these regular meetings where we are bringing together the right people to think through innovative solutions to many of the problems that we face in the city.”

Labor advocacy, sustainability, environmental justice, equity – Amara Andrews embodies the Progressive ideals that we fight for and is the chosen champion for Mayor of Cedar Rapids of the Progressive Caucus of the Iowa Democratic Party. 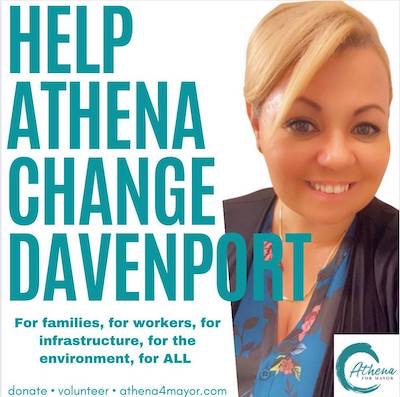 Recently inducted into the Iowa Democratic Party’s Hall of Fame for Outstanding Party Activist and longtime champion of social justice, Athena Gilbraith has been tireless in her fight for equity, anti-racism, and community advocacy.

Calling out the city leadership has earned her another distinction that she proudly wears on her sleeve, er… chest. “I was called that — and so were a number of other people — because we questioned the Davenport city council and the mayor about inherent bias, and because we were talking about systemic racism… If that’s radical, I’ll be a radical.”

In the face of a stalwart status quo, Athena seeks to transform the leadership of Davenport into something that will actually work for all of its citizens. “As a Community Advocate, I have heard from residents who want and need leaders to push for change in Davenport. Residents who have expressed their lack of trust in local government, and who question whether or not their voices are being heard.” Davenport needs someone with guts and compassion. Someone that seeks to empower the voice of the people, all people. Electing Athena Gilbraith provides all that and more. 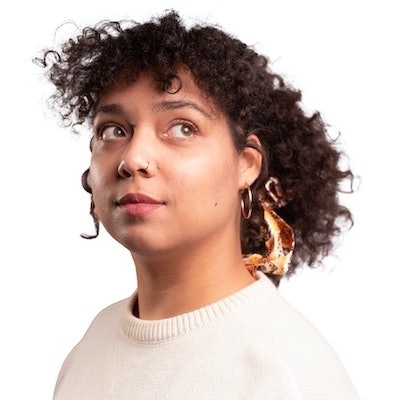 Inspired by the demonstrations following the police murder of George Floyd and angered by the violent pushback of the Des Moines Police Department, she stood up, showed up, and lent her voice for a Movement. “All power to the people!” is the battle cry of Indira’s campaign and as an activist with BLM in Des Moines, she brings the fight to the front to make it a reality. “I believe in the power of the people, and I want this campaign and journey to the city council to highlight that power.”

Her campaign is all inclusive. It seeks to empower and give a platform for citizens in Des Moines who are too often silenced or forgotten among the population as Des Moines continued to gentrify, upend houseless camps, and bend to the will of a police force that continue to lash out at anyone that protests its heavy hand. The Des Moines City Council is long overdue for a complete overhaul in leadership. They refuse to listen to those who show up, while providing lip service at best and even having those that show up and arrested at worst. Indira’s progressive campaign and activism for justice is exactly what Des Moines needs right now. 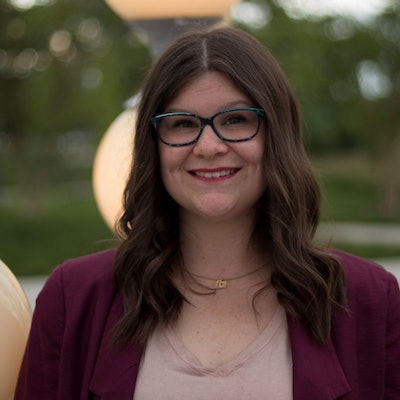 With a campaign that embraces advocacy at every corner, Brandi Webber is an activist candidate who shows up for justice. One of her strengths as a candidate are her direct, actionable solutions for city government reform – for procedures, ethics, accessibility, budgeting. She has clearly done her homework on these issues.

On top of priorities outlined on her website in justice for the houseless, environmental sustainability, anti-racism, and equity, she has used her campaign and platform to champion Medicare for All, community outreach, elimination of student lunch debt, and uplifting the voices of marginalized communities in the city. A volunteer at heart, she exemplifies service to the community as she helps to raise awareness of the plight of the city’s houseless, and helps to raise supplies and funds for local food pantries.

Brandi will provide leadership on the council that will not only listen but actually hear the concerns of citizens. Something that the current make-up of the Des Moines City Council has been failing at miserably. “The job of our City Council is to listen to and meet the needs of the residents of Des Moines yet the current procedures being used are hindering the vital role of community input. The City Council should not be limiting, interrupting, insulting, or muting community members as they speak, so long as there is not a threat of violence or verbal abuse. “ Des Moines deserves a strong advocate for all, not just a wealthy few. Electing Brandi Webber as an actual progressive voice on the council would go a long way in this. 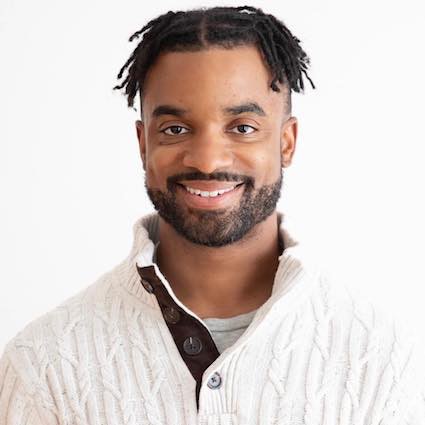 Justyn is a longtime activist for racial justice and advocate for civil rights who’s method and foundation rests on building coalitions and empowering others to be leaders. He founded and is president of the social justice non-profit Des Moines’ Selma, has spoken at events such as TedX Des Moines on topics of “anti-racism, unconscious and implicit bias, and racial reconciliation”, and has been tireless in his effort to bring people together.”

His vision for Des Moines, housing stability, restorative justice, eco-urban sustainability, and elimination of food deserts is just the tip of the iceberg for why the Progressive Caucus so strongly backs Justyn as a candidate the city and its citizens sorely need. “We need leaders with empathy. That will govern with equity, equality, and justice at the forefront. And I will do just that.”

For too long the Des Moines City Council’s governing focus has been two-tiered. Parts of the city are rapidly gentrified and the problems of some of the more wealthy citizens are addressed while others are left out in the cold, their infrastructure crumbling, their needs and safety being stripped from their neighborhoods, and their voices silenced. Justyn is committed to serving all of the citizens in Des Moines and building the bridges and connections necessary to create the kind of community Des Moines can be.

The Progressive Caucus looks forward to working in solidarity with each of these amazing candidates in working towards an Iowa for all.

In solidarity we rise,