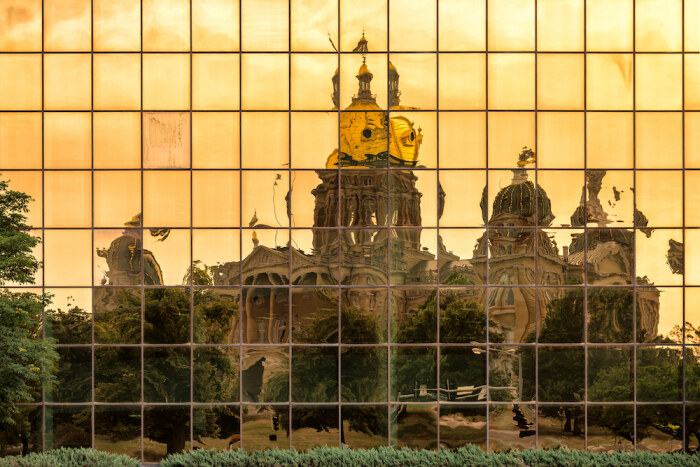 Republican Jon Dunwell won the October 12 special election in Iowa House district 29 by 2,820 votes to 1,890 for Democrat Steve Mullan (59.9 percent to 40.1 percent), according to unofficial results. The outcome was expected, for reasons Bleeding Heartland discussed here. Nonetheless, Democrats will be demoralized to lose yet another state legislative seat containing a mid-sized city that used to be a Democratic stronghold.

Once Dunwell is sworn in, Republicans will hold 60 of the 100 Iowa House seats, the same number they held in 2011 and 2012. But ten years ago, that lopsided majority could be viewed as a high-water mark following the 2010 GOP landslide. Democrats had a net gain of seven Iowa House seats in 2012 and were only a few hundred votes away from regaining the majority.

The current GOP majority appears to be more durable in light of an Iowa political realignment. To illustrate how different these two majorities are, I've broken down each party's caucus in 2011 and 2021 by the type of House district each member represented: rural/small-town, "micropolitan," suburban, and urban.

Not every House district fits neatly into one category. For instance, Ross Paustian's Scott County seat contains a small piece of Davenport, the increasingly suburb-like community of Eldridge, and rural areas. I'm considering the college towns of Ames and Cedar Falls as urban and the cities of Bettendorf and Coralville as suburban. Others might put those in different groups.

Regardless of how we view those House seats, the political trends are clear.

Then, as now, rural Iowa elected the majority of House Republicans. These 41 members of the 2011 GOP caucus represented those living in rural areas and small towns:

On the other side of the aisle, the following 23 House Democrats represented largely urban constituencies ten years ago.

Eight Democrats represented mid-sized cities that had been electing Democrats to the Iowa House for a long time:

Only one House Democrat represented what I would consider a suburban district in 2011: Dave Jacoby (Coralville, North Liberty)

Democratic losses in rural and micropolitan districts have canceled out their gains in larger cities and nearby suburbs. The following 27 House Democrats—that's two-thirds of the caucus—now represent urban districts:

The suburban contingent has grown to eight:

Because of population shifts over the past decade, the redistricting plan that will soon be adopted should create a few more urban and suburban districts, opening up some opportunities for Democrats. But without winning back some rural or micropolitan areas, the party has no path to 51 House seats.

Top: Nagel Photography image of Iowa state capitol as reflected in the windows of the Henry A. Wallace Building, available via Shutterstock.