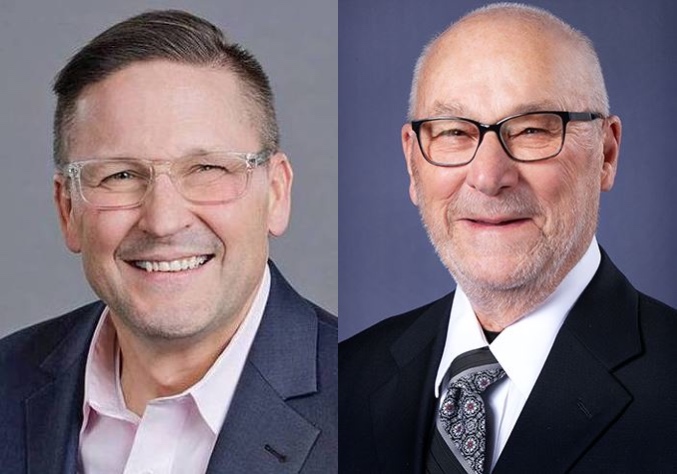 Voters in Jasper County will elect a new state representative on October 12 to replace Democrat Wes Breckenridge, who stepped down last month to become assistant director for the Iowa Law Enforcement Academy.

Although this district looks relatively balanced on paper, Republicans go into Tuesday's election favored to pick up the seat, which would give the party a 60-40 majority in the state House. A Democratic win would keep the balance of power at 59 Republicans and 41 Democrats. That may not sound significant, but GOP leaders were unable to get several controversial bills through the chamber this year, so every additional vote in their caucus could be important during the 2022 session.

House district 29 covers most of Jasper County, including the towns of Newton, Colfax, Prairie City, Baxter, Mingo, and Kellogg. 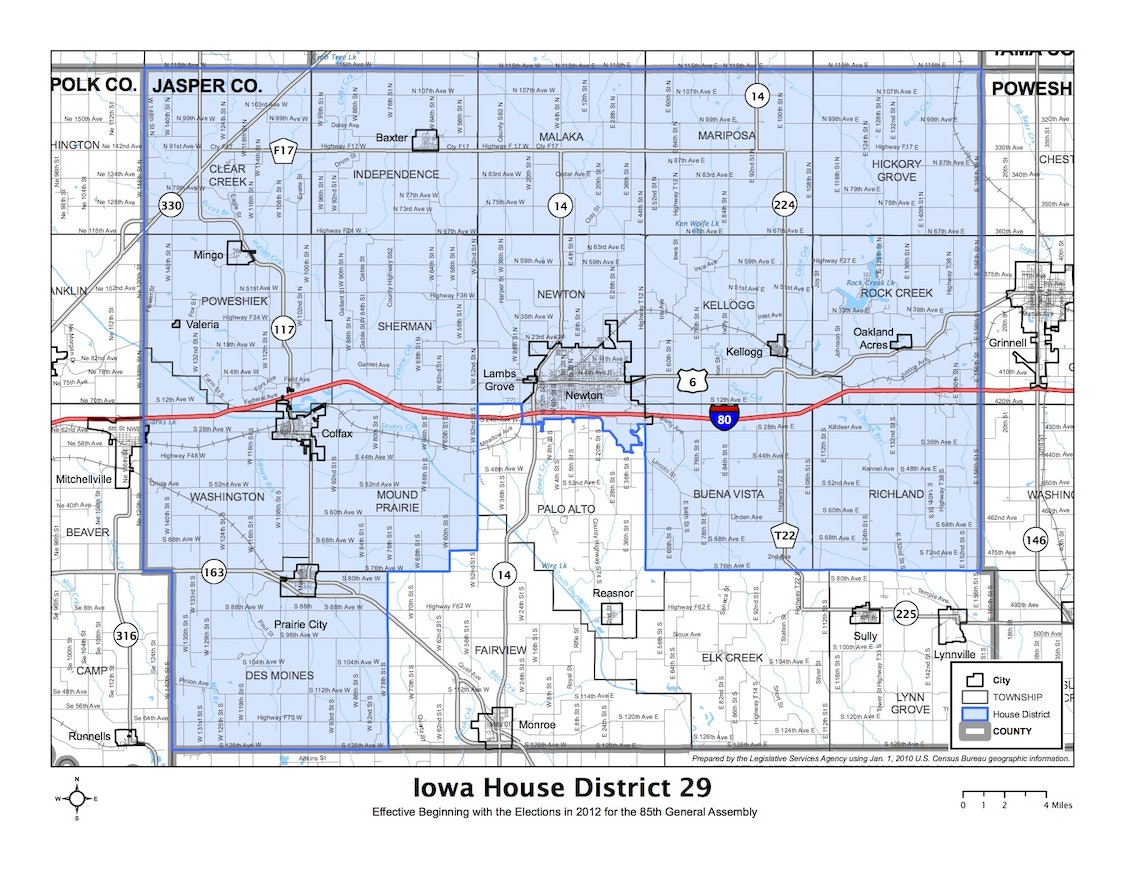 Like many small Iowa cities, Newton was solid Democratic territory for decades, in part due to the union labor that staffed large factories. (Maytag long operated a major appliance plant in the city.) The area hasn't elected a Republican to the Iowa House in many years—perhaps not in my lifetime—but over the past decade, voting patterns have changed dramatically.

Breckenridge was one of only six Iowa House members elected in 2020 whose districts voted for the other party’s presidential candidate. He outperformed Biden substantially to defeat GOP challenger Jon Dunwell by 51.4 percent to 48.4 percent. That said, Breckenridge's winning margin was smaller than in 2016 and 2018, even though Republicans didn’t target House district 29 last year.

The latest official voter registration figures would suggest that neither party has a clear advantage this Tuesday. As of October 1, House district 29 contained 6,511 active registered Democrats, 6,248 Republicans, and 5,849 no-party voters. But recent election results favor the GOP, and their candidate for the special election has had more financial backing as well.

Dunwell was widely expected to run for the Iowa House again after his narrow loss in 2020. He's a pastor and experienced public speaker who has worked in financial services in Newton since 2011 and volunteers for several local groups.

His campaign materials emphasize familiar Republican themes: "preserving our freedoms, lowering taxes, and bringing more jobs and opportunities to rural Iowa." In the context of "personal freedom," Dunwell has endorsed the state law banning schools from requiring masks for students and staff.

Democrats nominated Steve Mullan. He has high name ID in Newton, where he's been an active community volunteer, has been elected four times on the city council, and taught thousands of students in Newton schools from the late 1960s to the late 1990s.

Mullan has emphasized the need to invest more in education, starting at the pre-school, as well as health care, job training, and increasing accessibility to broadband. He has also endorsed raising the minimum wage, restoring public employees' collective bargaining rights, spending more on state parks, and ending Iowa's experiment with Medicaid privatization, which has caused problems for health care providers including rural hospitals.

Social media posts indicate both candidates have been out knocking doors in recent weeks, along with some of their supporters.

Campaign spending in House district 29 has been only a small fraction of the more than half a million dollars spent prior to last month's special Iowa House election in Ankeny. On Friday, the Republican Party of Iowa reported spending $53,240 on television, radio, and digital advertising for Dunwell. The GOP candidate spent approximately $4,000 more on newspaper ads and campaign signs. Dunwell's radio spot uses the word "Republican" several times, a sign the GOP feels the party label will help their candidate.

The Iowa Democratic Party didn't invest in direct mail or any advertising for Mullan's campaign. The candidate raised enough funds (mostly from the Jasper County Democratic Central Committee) to spend $4,085.50 on newspaper and radio ads. UPDATE: A Democratic source says the party did spend money on direct mail, digital, newspaper, and radio advertising to support Mullan. Since that spending occurred after the reporting deadline, I didn't see it on the disclosure filed last week.

Iowa law allowed the governor to give up to 40 days' notice of the special election. But Reynolds' September 14 proclamation gave less than 30 days' notice.

Jasper County's deputy auditor Tina Mulgrew told Bleeding Heartland that only about a dozen people in House district 29 requested mailed absentee ballots in time for them to be sent. (A new law Republicans enacted this year shortened the window for mailing ballots to voters.)

The county has had in-person early voting, however. As of the afternoon of October 8, the county auditor had received 738 ballots: 401 from registered Democrats, 258 from Republicans, 78 from no-party voters, and one from a voter with some other affiliation (in most cases that means Libertarian).

On election day, polls will be open from 7:00 am to 8:00 pm; here's the list of polling places for the seventeen precincts in House district 29.

Bleeding Heartland will cover the election result on Tuesday evening.